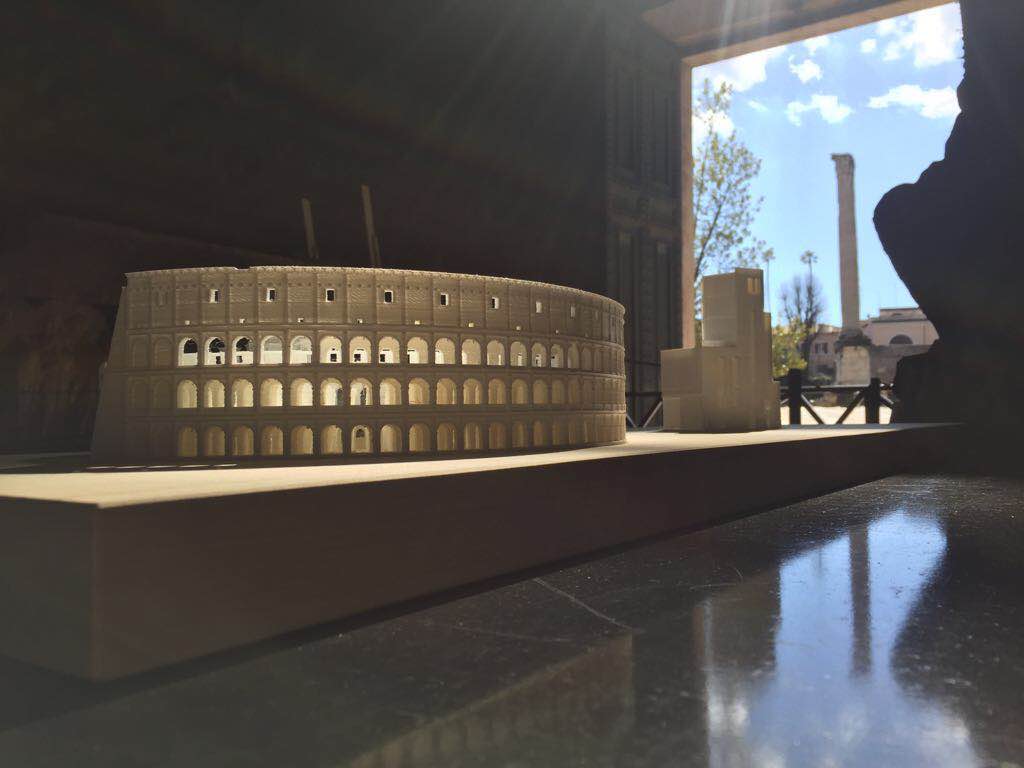 The exhibition, inaugurated on March 22, 2016 inside the Curia Senatus at the Roman Forum, was the official presentation to the City of Rome of the projects presented at the International Call for Design for the redevelopment and redevelopment of Via dei Fori Imperiali. Created in collaboration with the Special Superintendency for the Colosseum and the Central Archaeological Area, it marked a symbolically significant step for institutional and managerial relations relating to the Forum area, divided between municipal and state competences. In fact, although set up inside a building – the Curia Senatus – owned by the State Superintendency, the exhibition was accessed through the Municipality-owned Forum of Caesar, experiencing for the first time the effects of a coordinated management of the Archaeological Area Central of Rome.

The set-up, created thanks to the financial contribution of a technical sponsor, was simple and serial: a single support element of the project tables made of 20 mm pantograph cut and assembled “dry” without the use of glues, thanks to particular joints that joined the two main elements (display front and rear support) to form a solid tripod support. Each tripod was coupled to another identical one and both of them side by side constituted the support of each single project. For the lighting, the indirect light solution was chosen since it was impossible to serve every single installation. However, a solution weighed down by the chromatic inertia of the walls and ceiling of the Curia, characterized by rather dark material tones. It was then decided to ask for the opening of the large doors facing the Sacra Via, right in line with the Lapis Niger – another strongly symbolic element of archaic Rome – involving the atmospheric light of Rome. The result, thanks to a series of days characterized by an already spring climate, was satisfactory and the structural lack of illuminance was not felt. 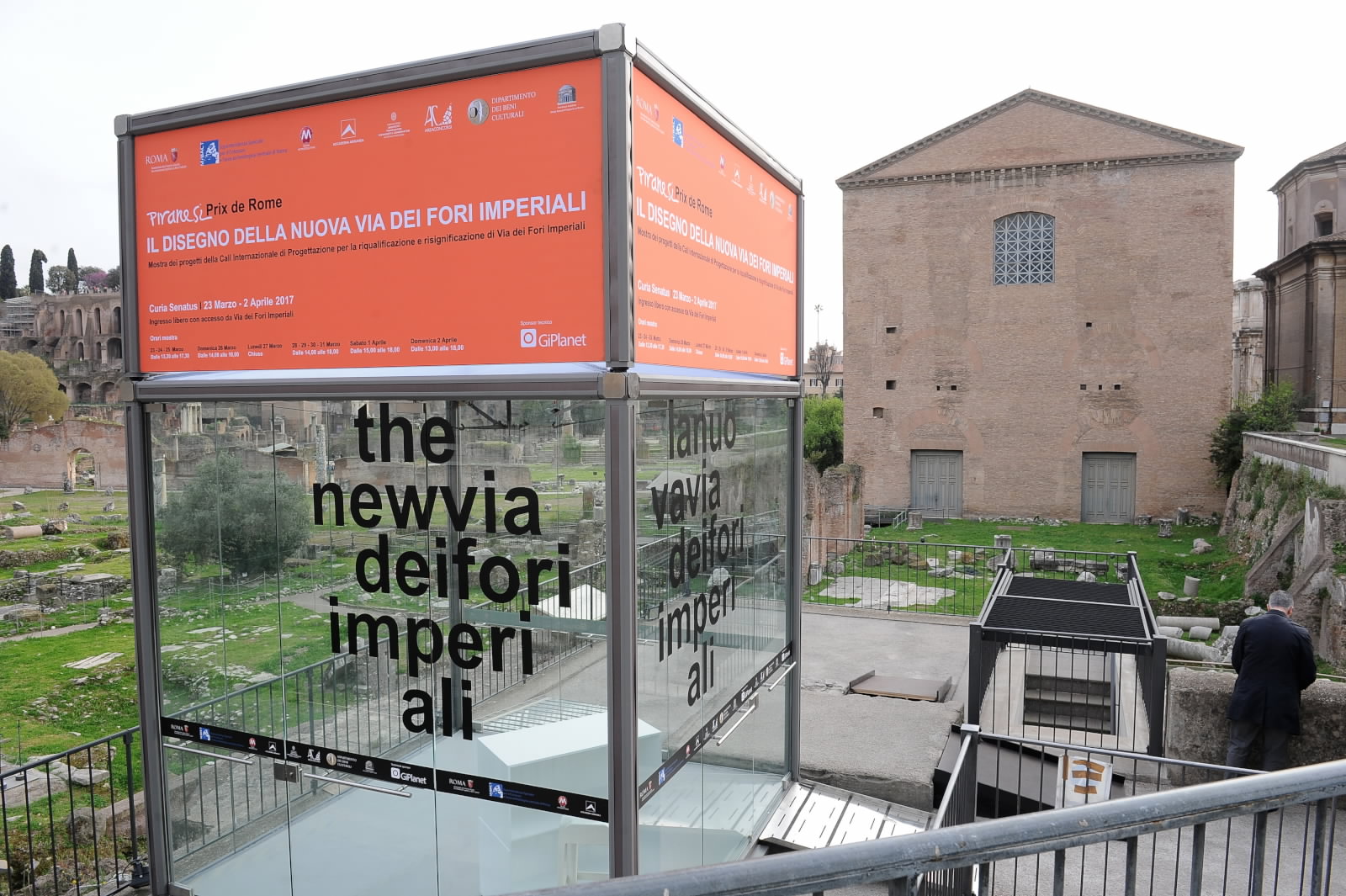 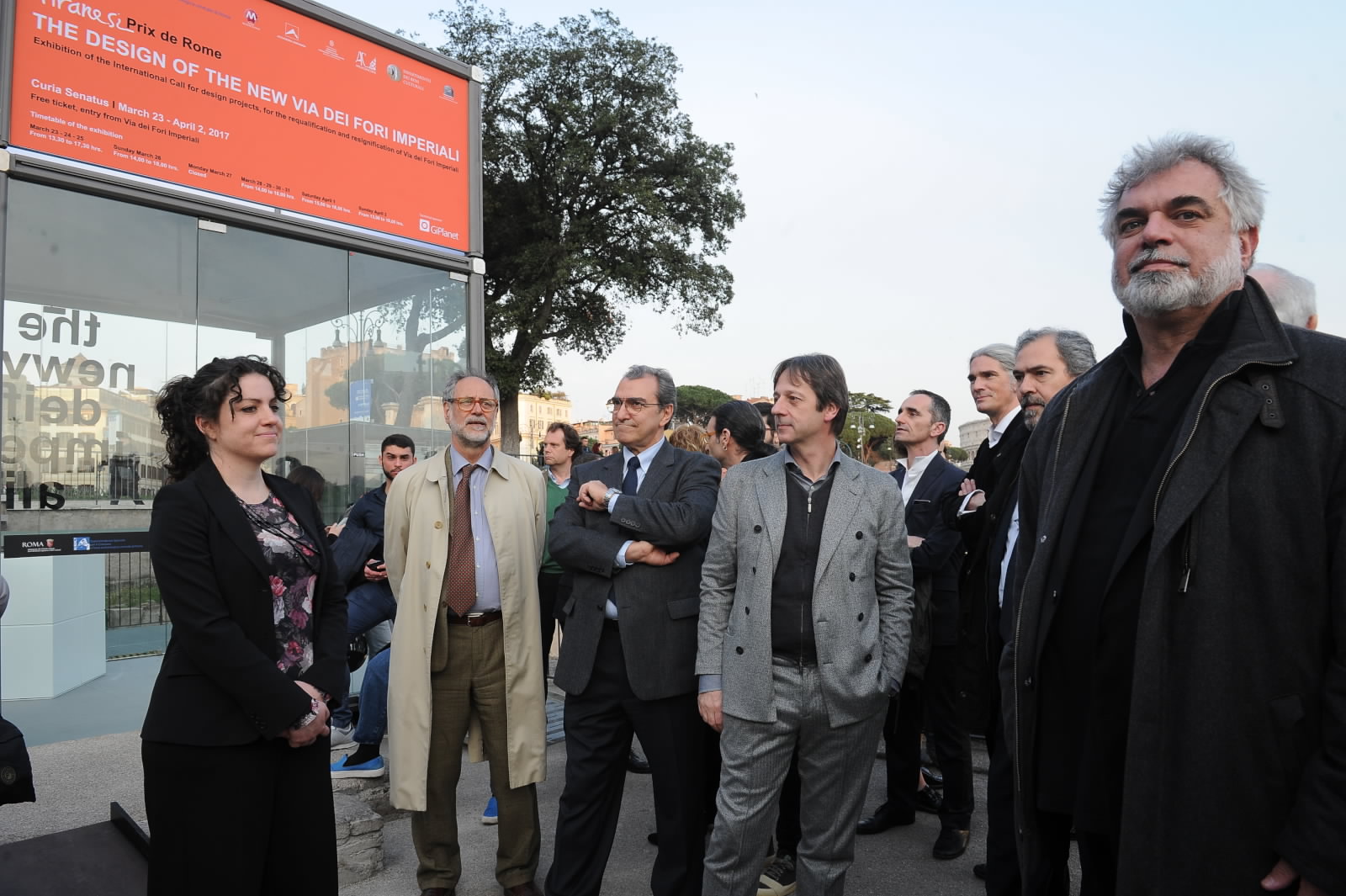 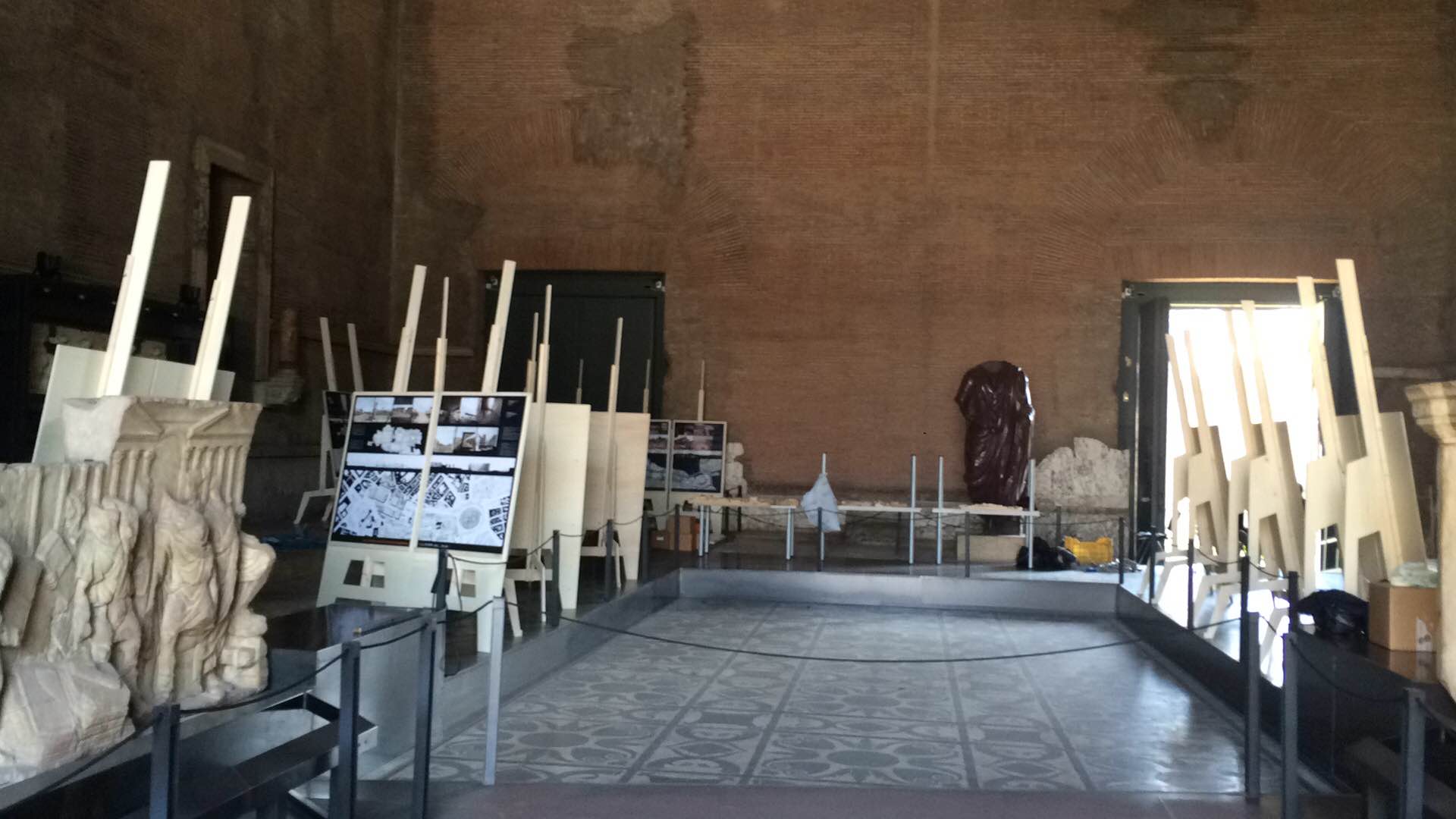 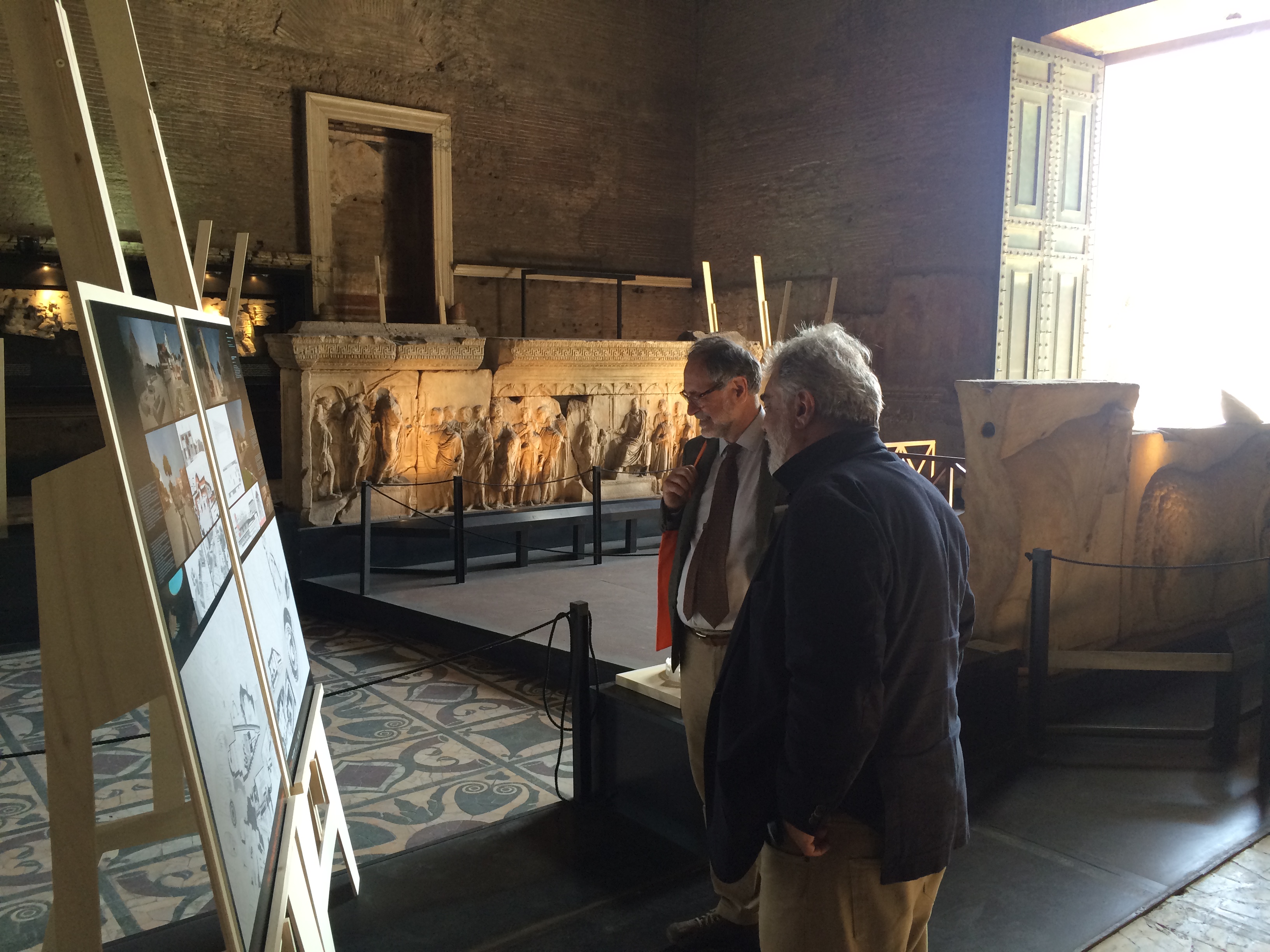 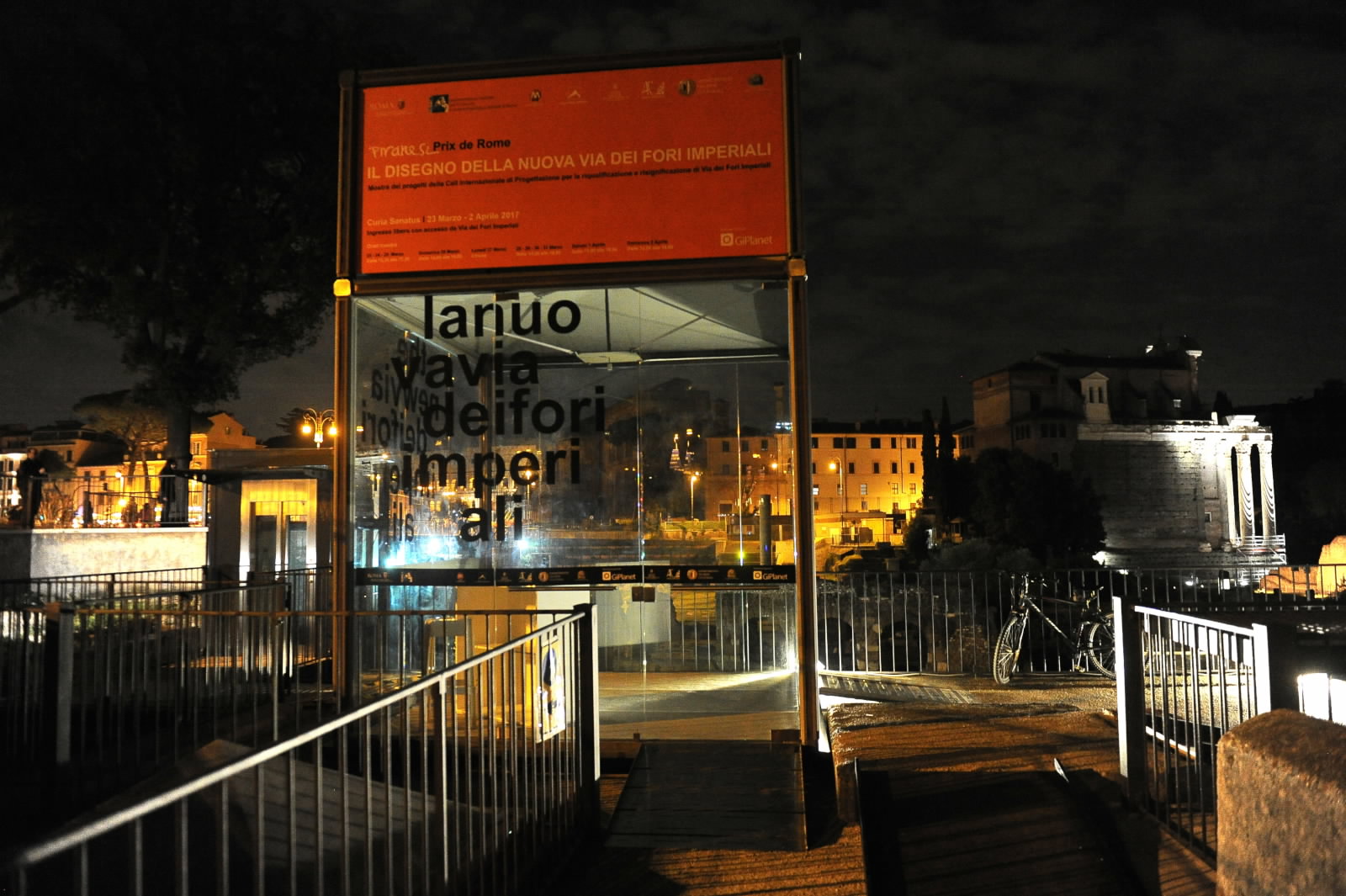