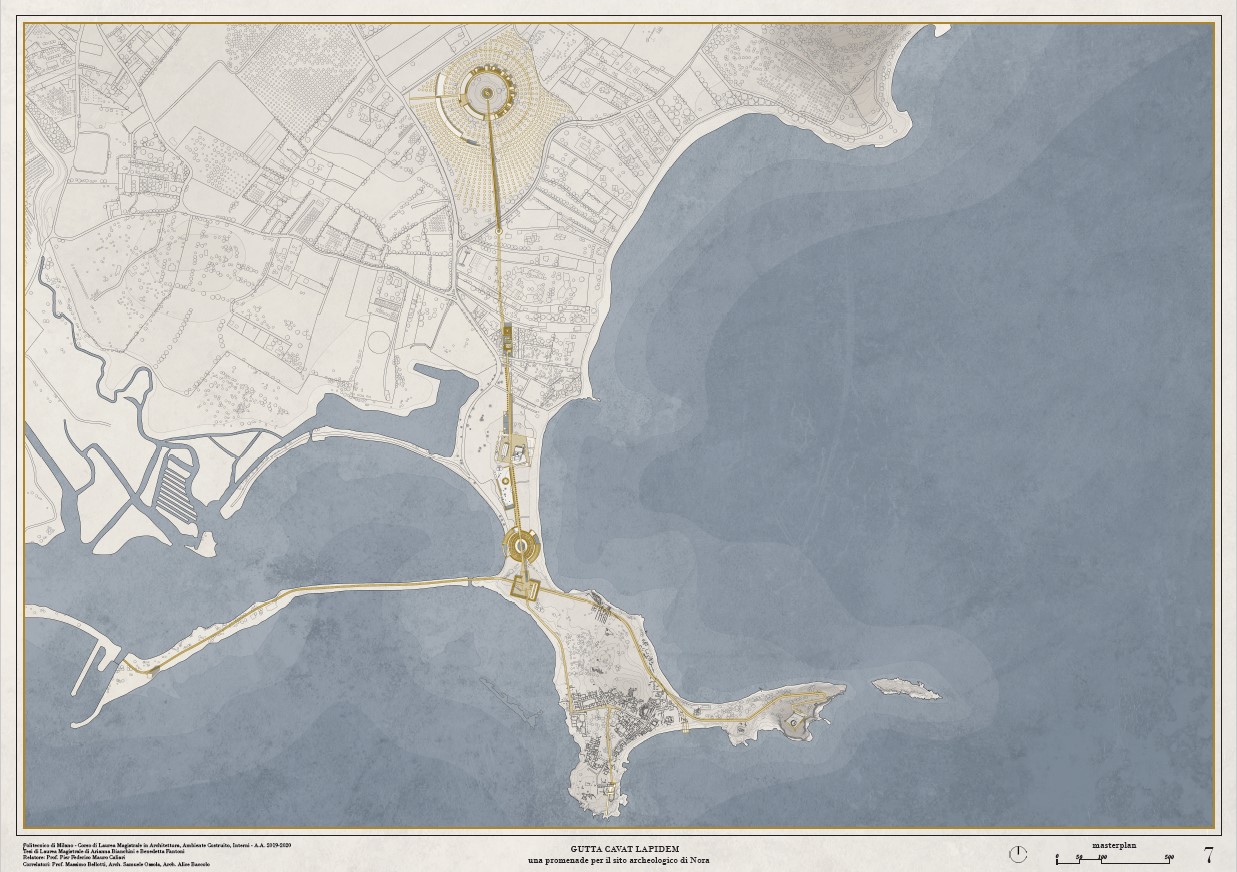 The aim of the thesis is to promote the Nora peninsula, located on the southern coast of Sardinia, one of the largest Phoenician, Punic and Roman commercial centres on the island.

The project is characterized by the identification of two roads: via dell’acqua and via della pietra. The first follows the route of the ancient Roman aqueduct, the second connects the sandstone quarries with which the ancient city was built over the centuries. For each of them strategic points have been identified, held together by the two routes that meet at the beginning of the peninsula, forming a new entrance to the archaeological area. 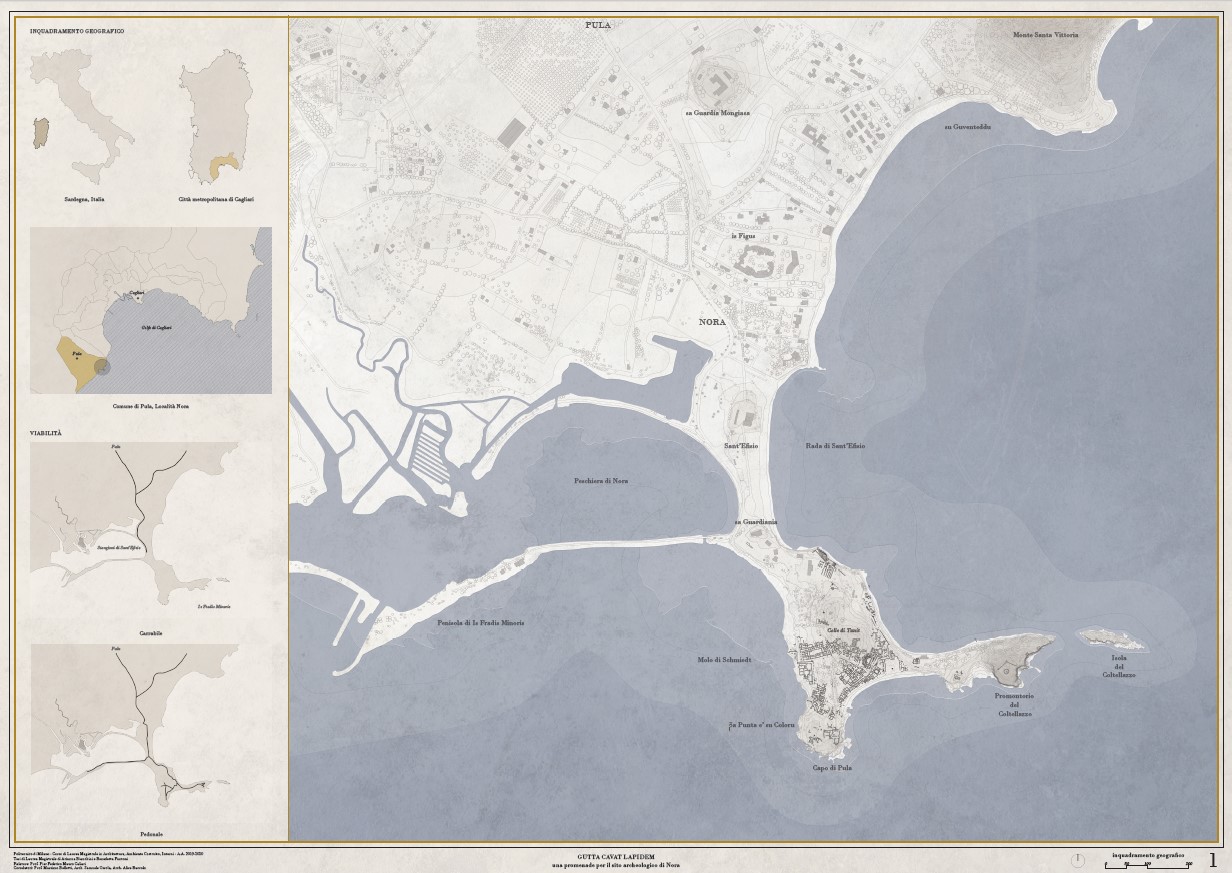 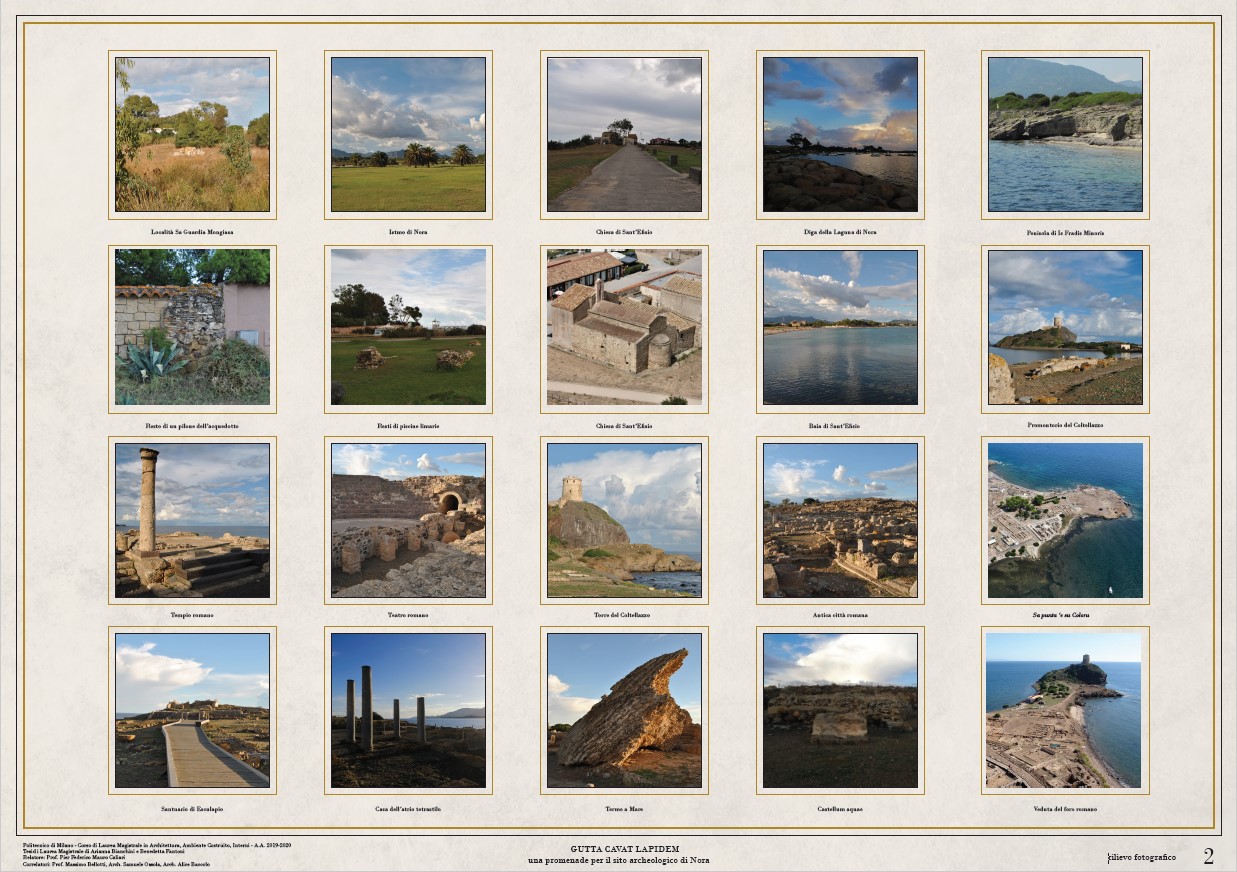 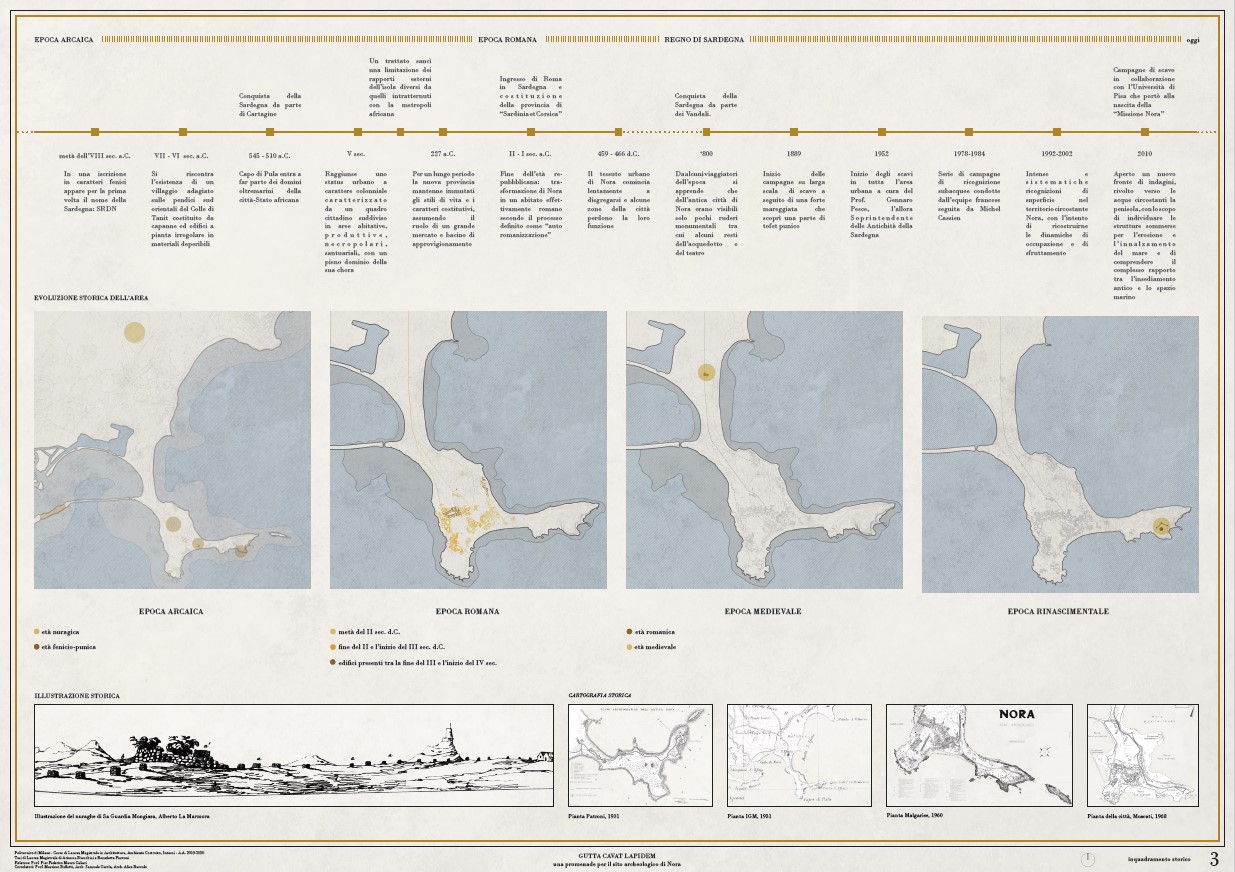 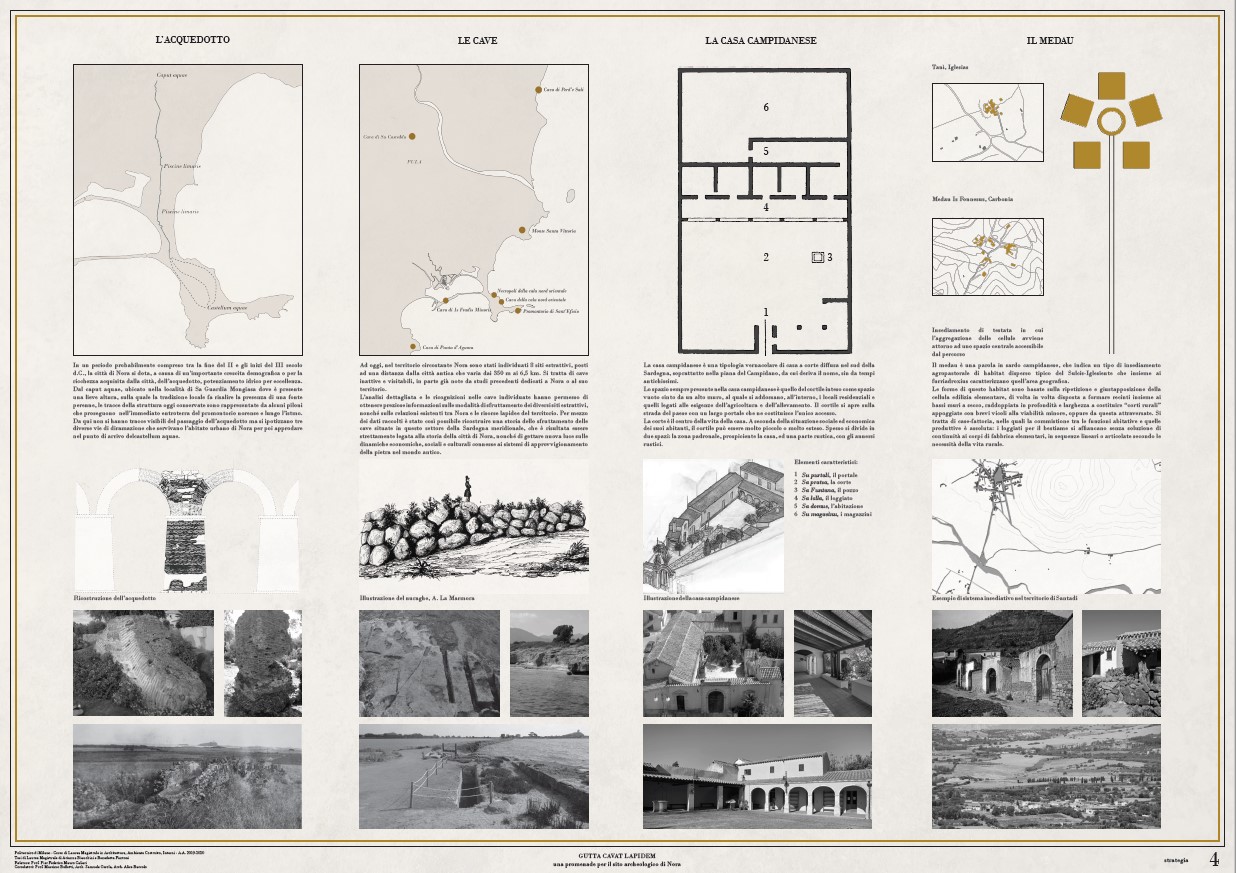 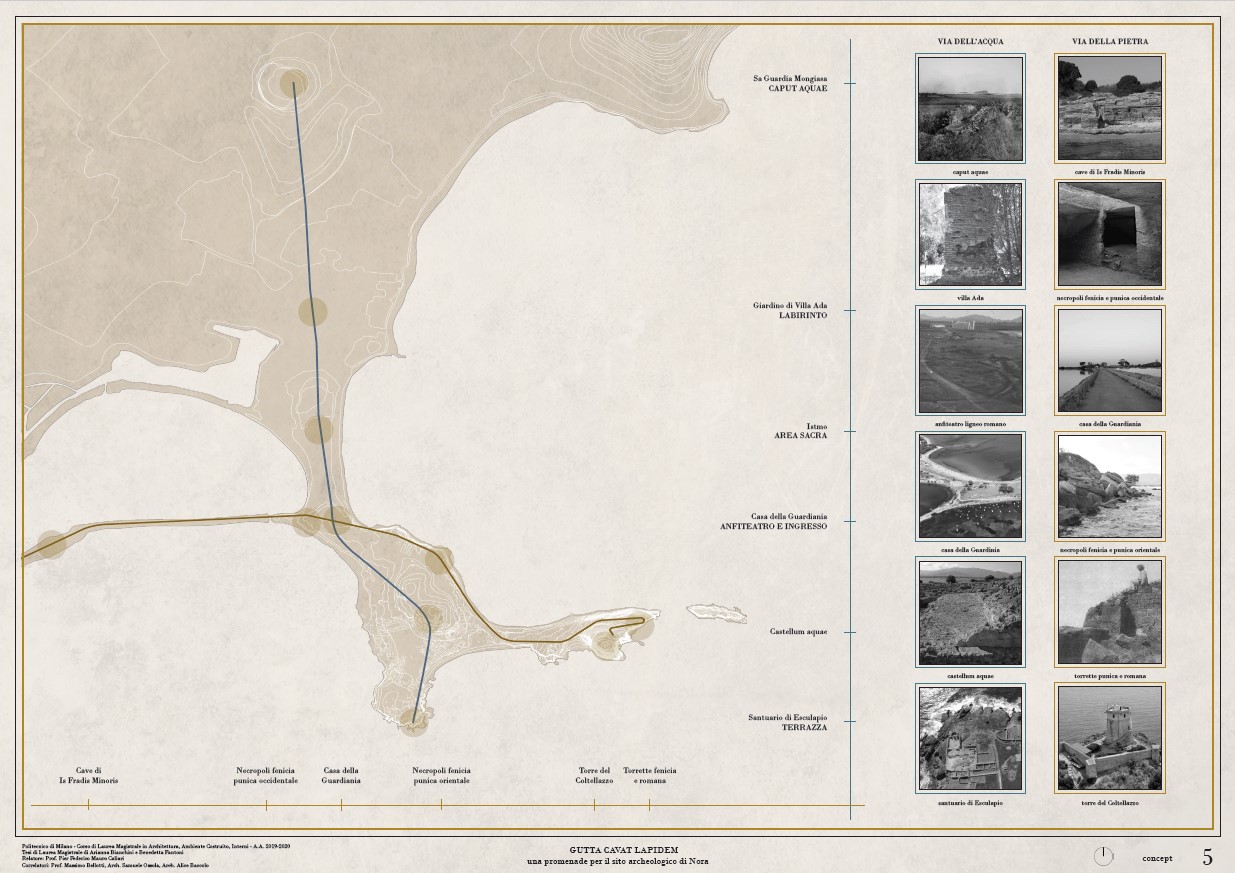 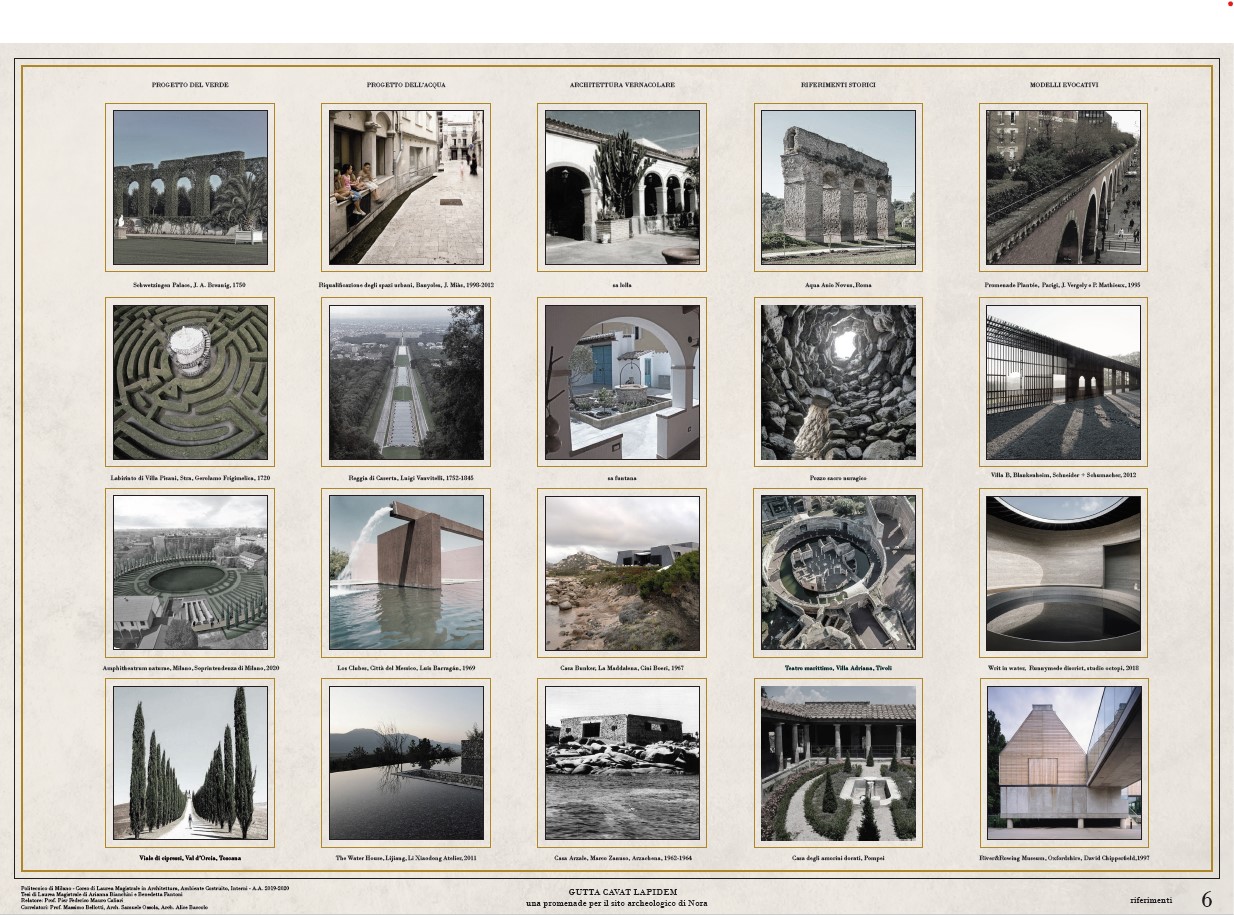 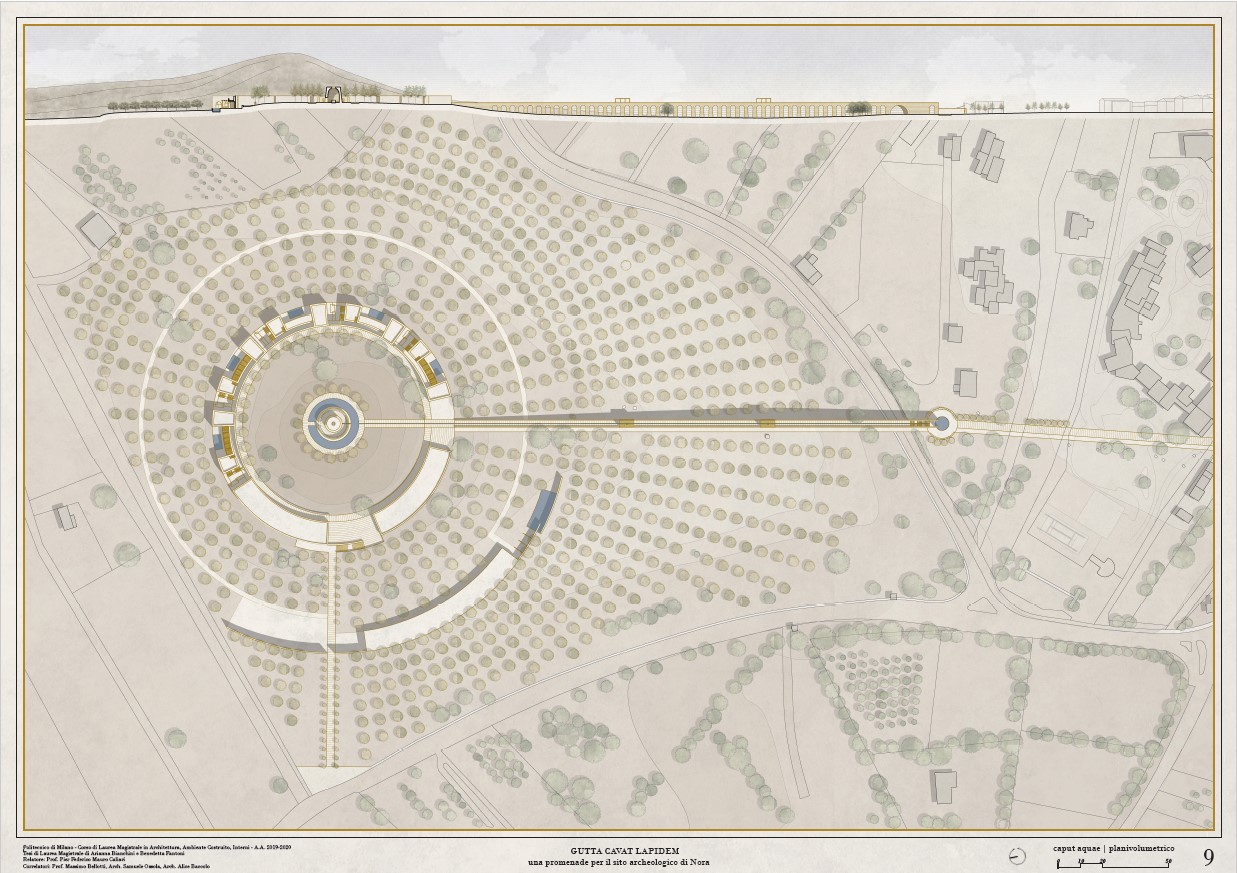 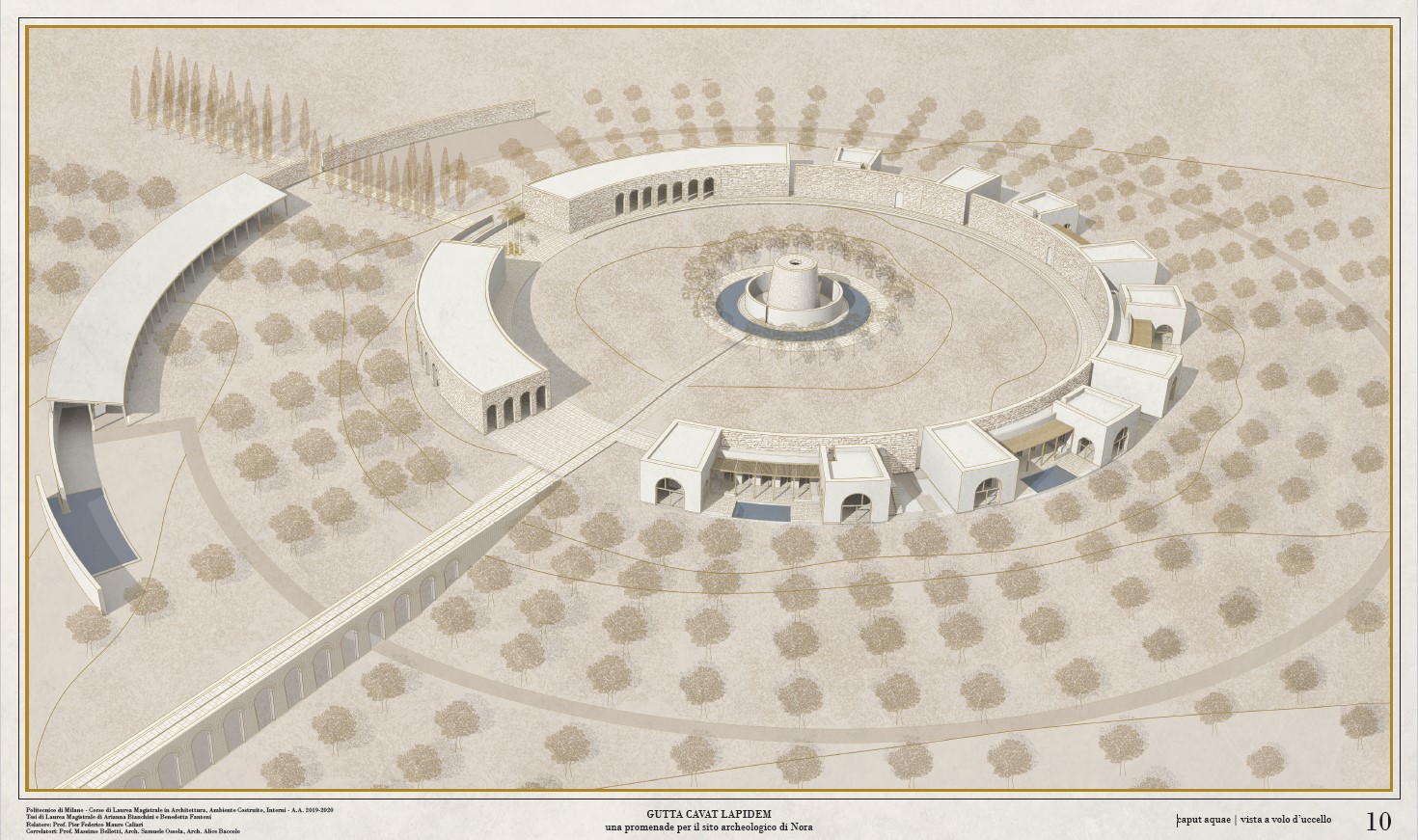 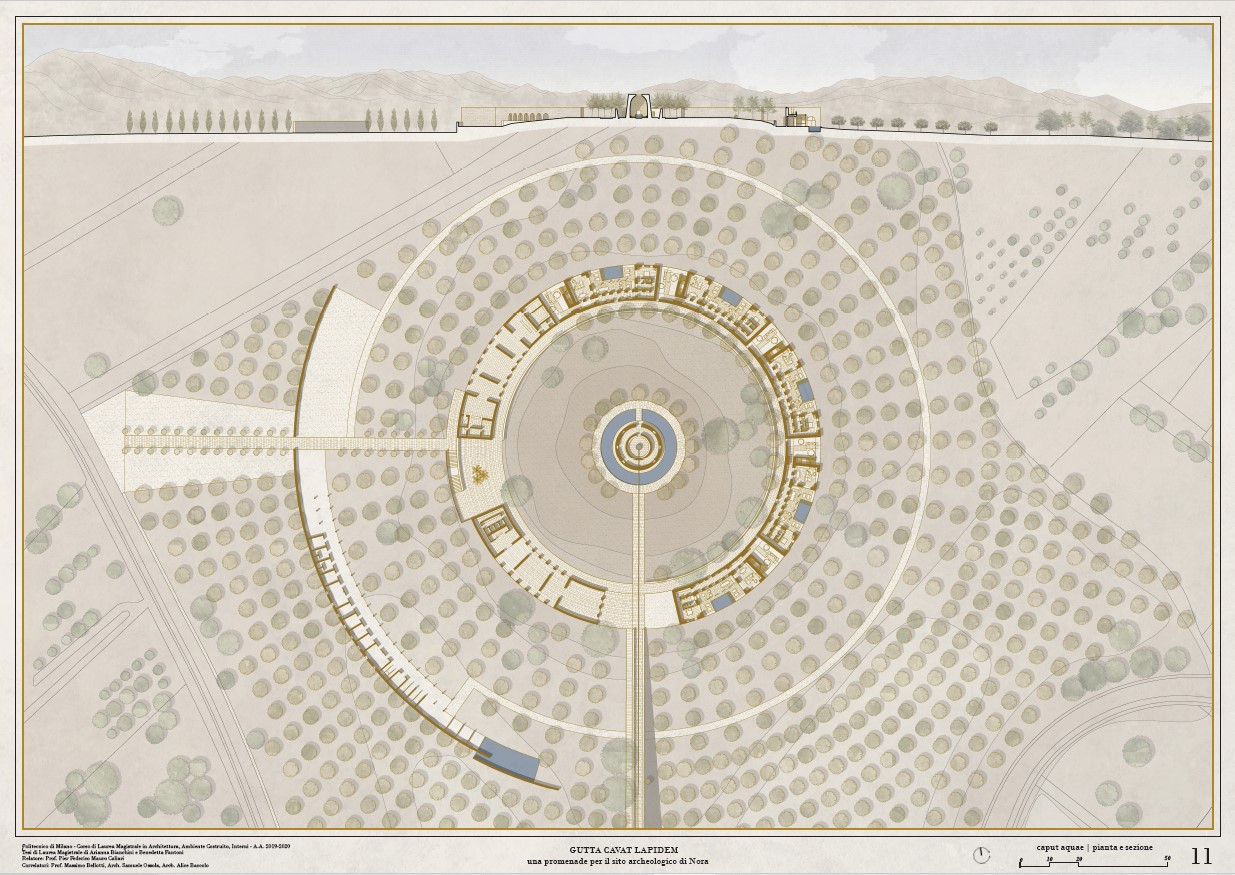 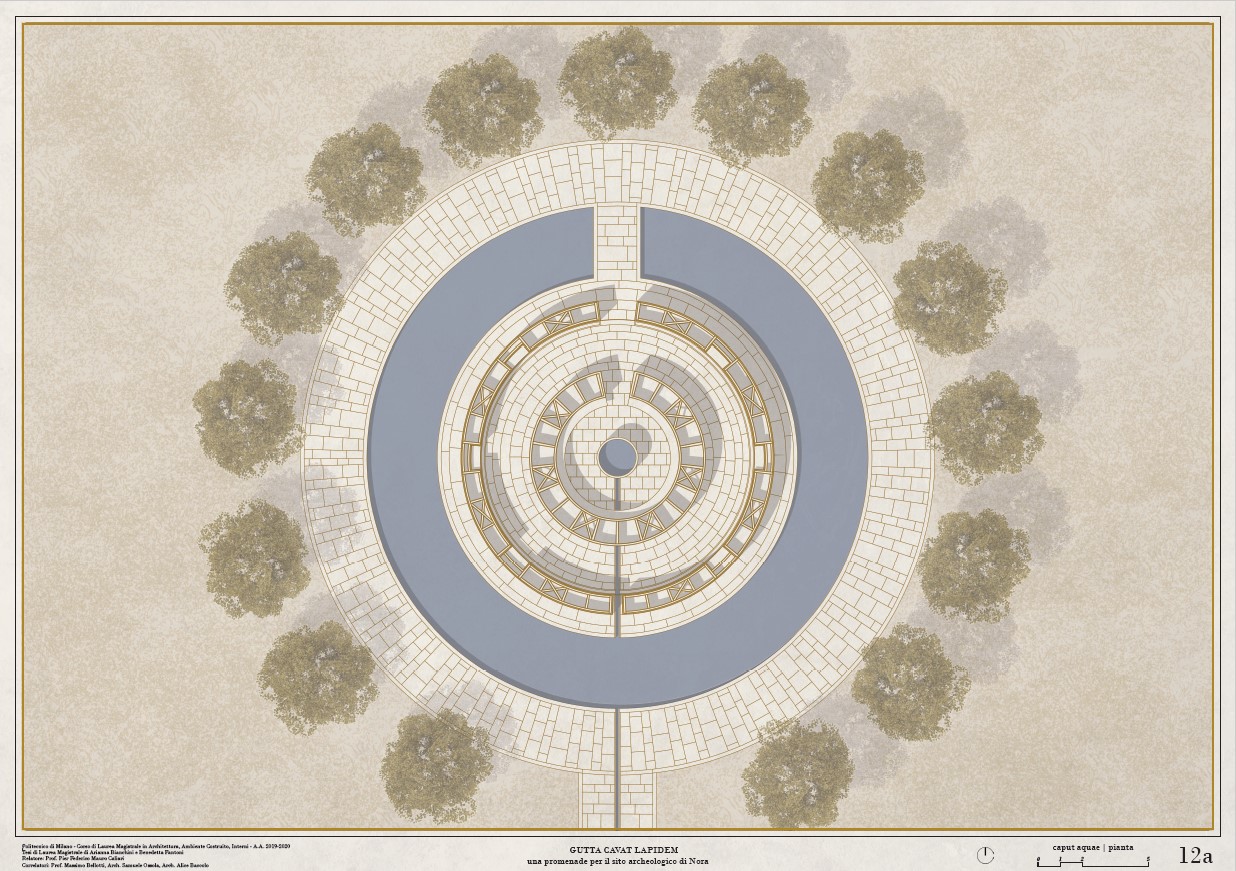 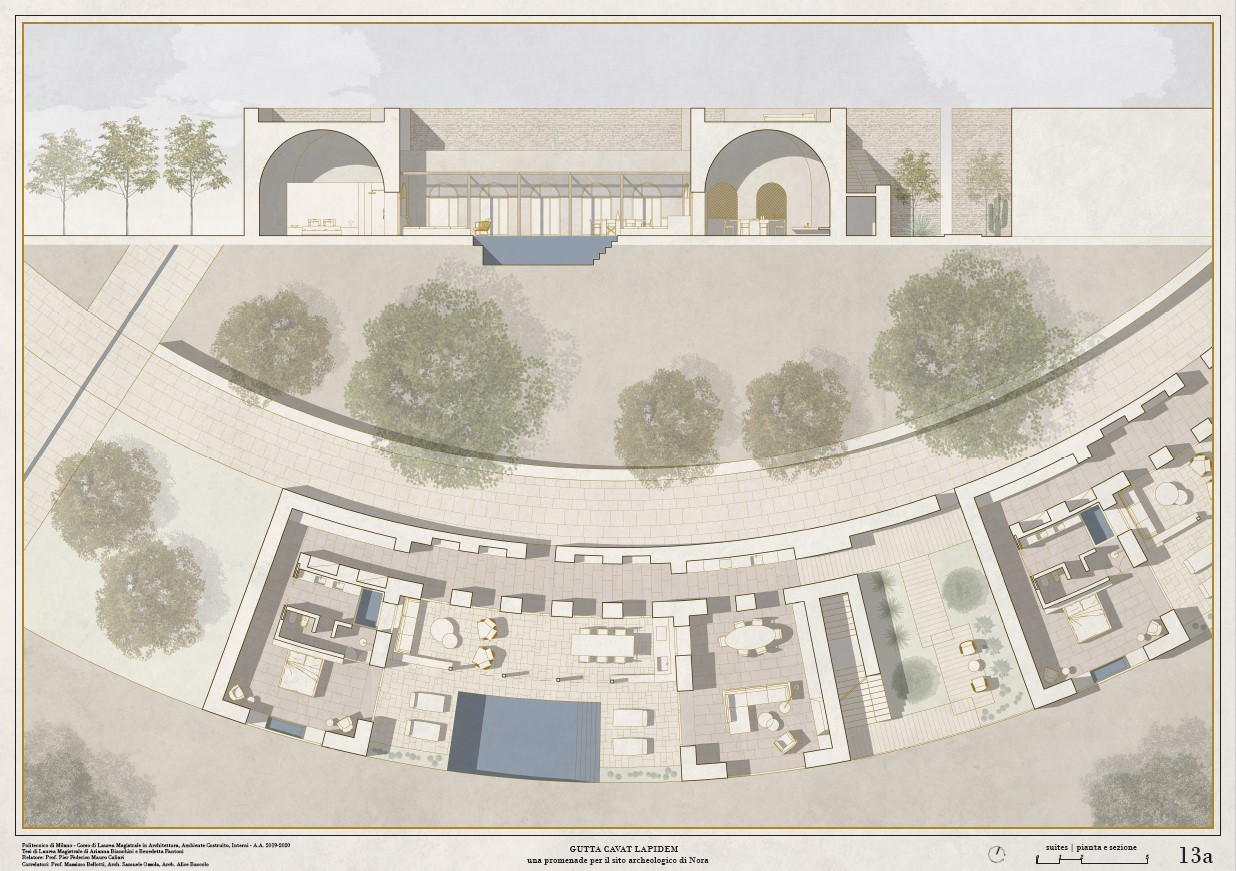 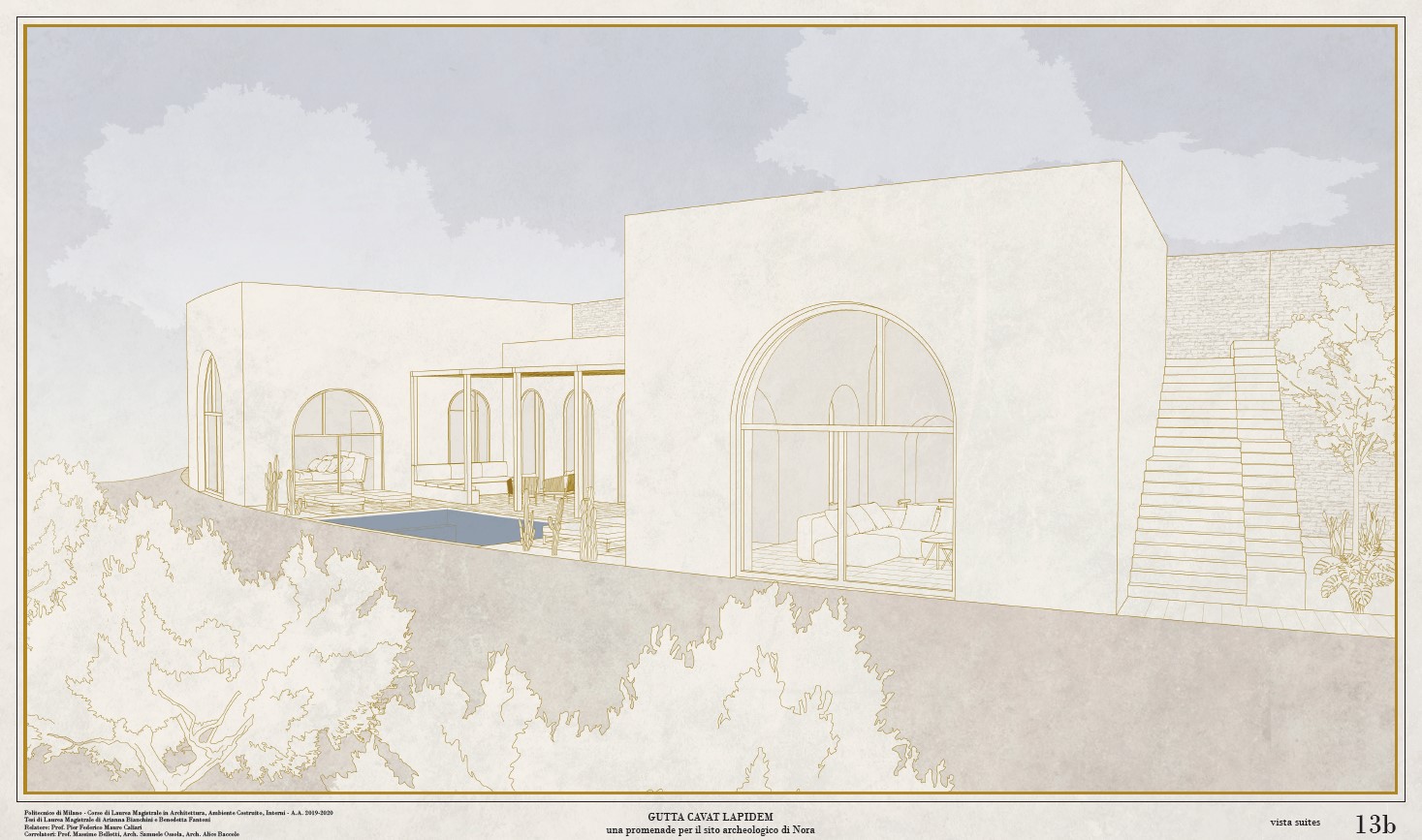 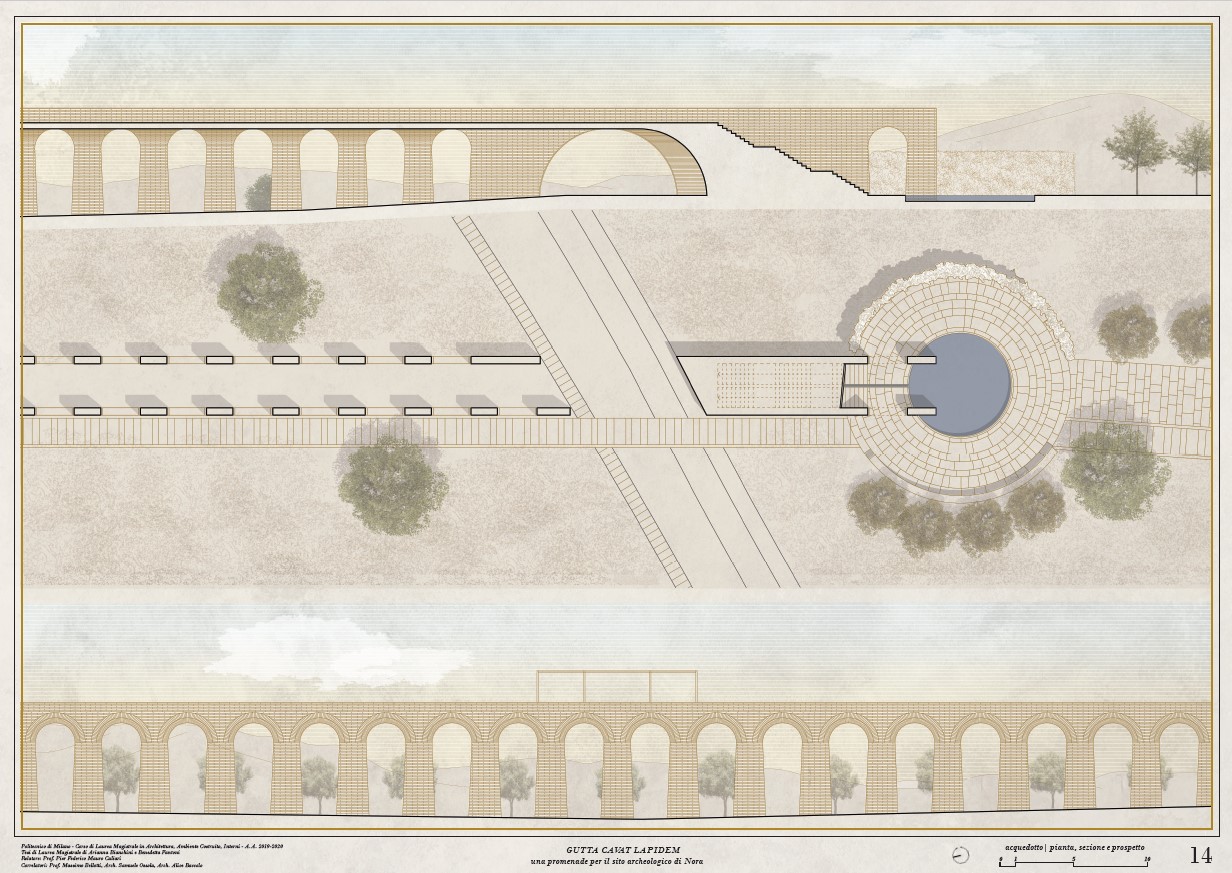 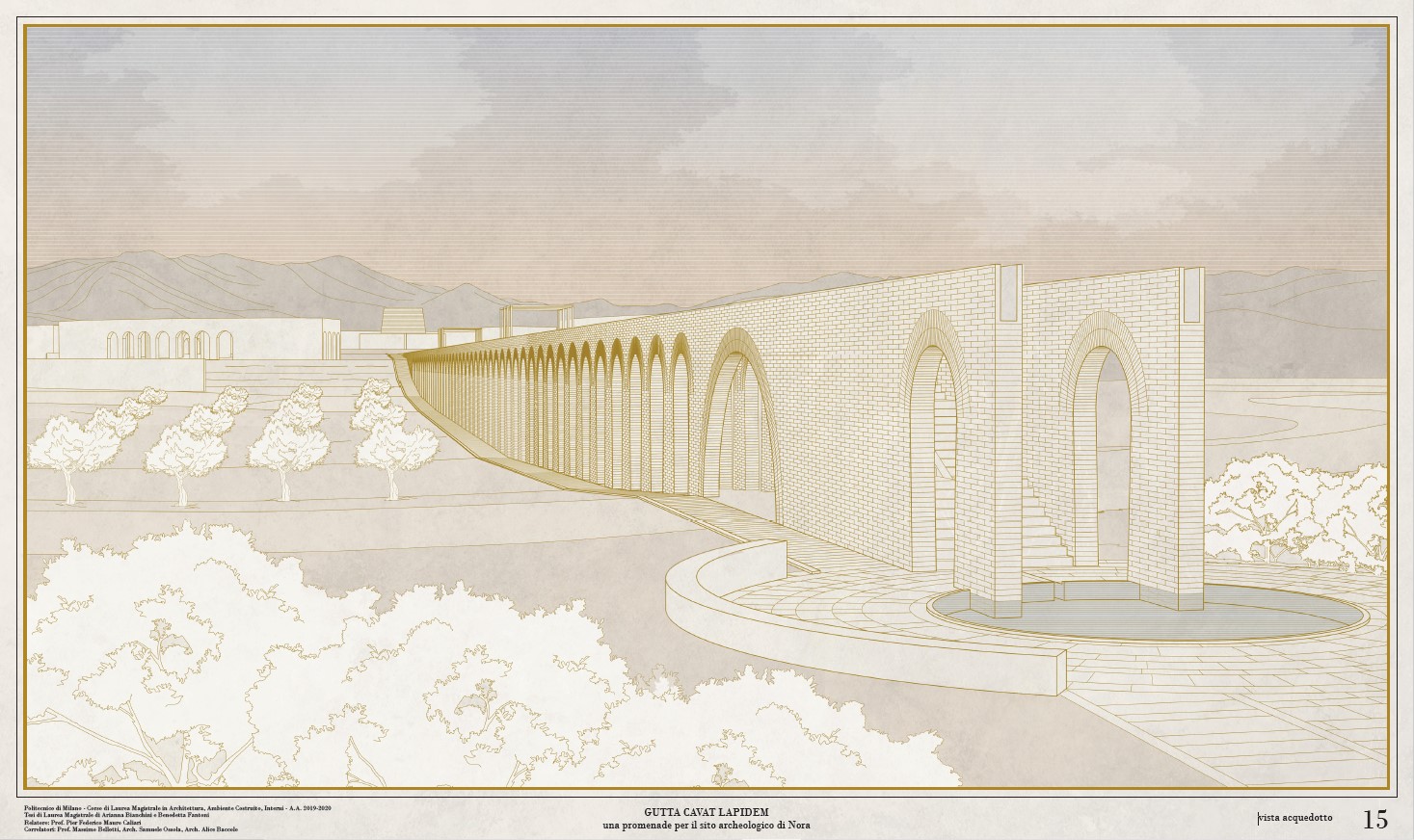 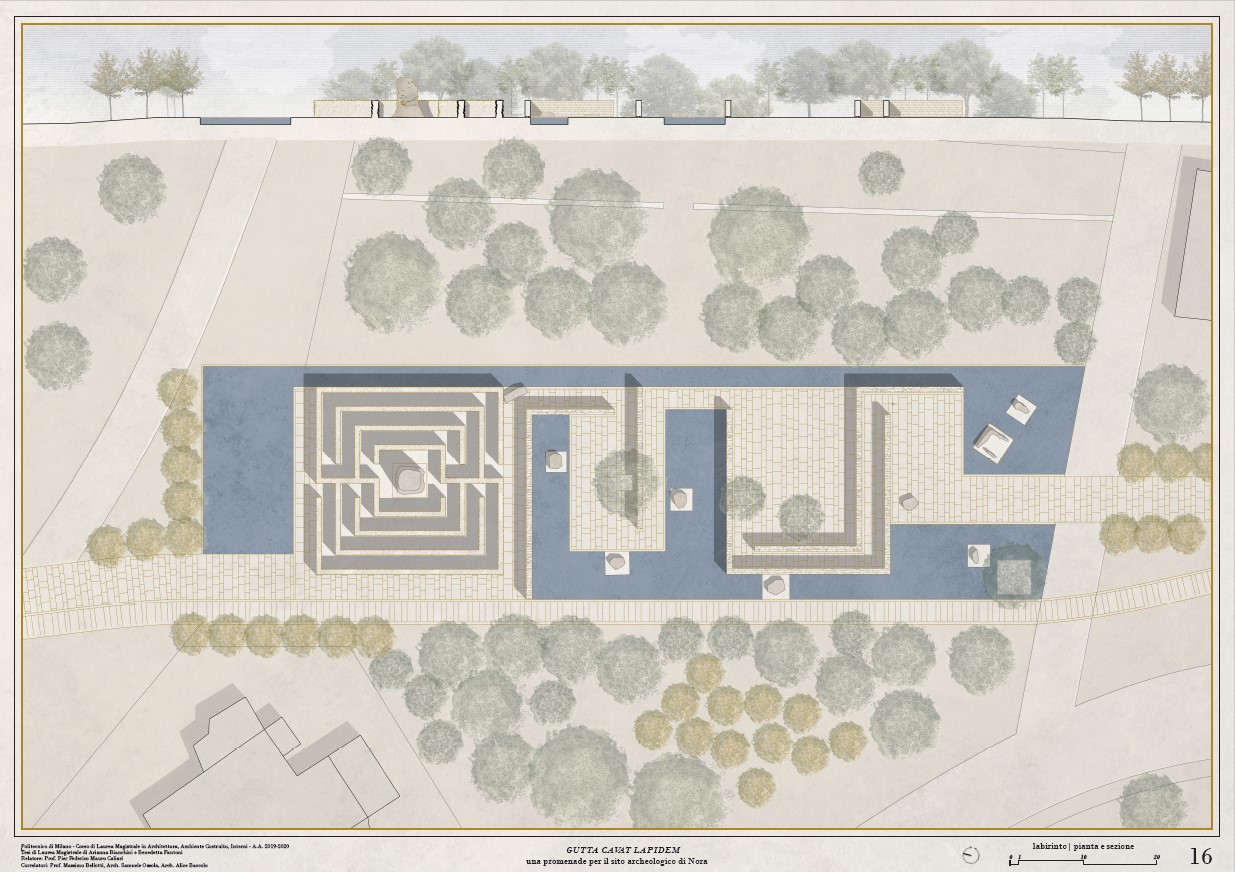 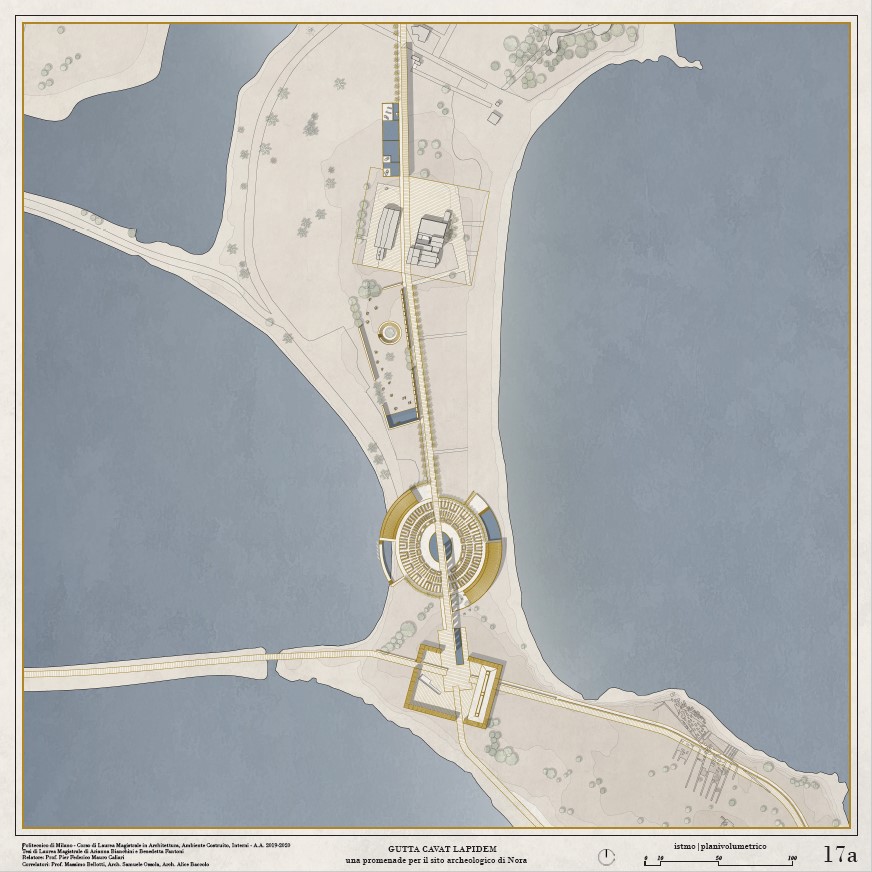 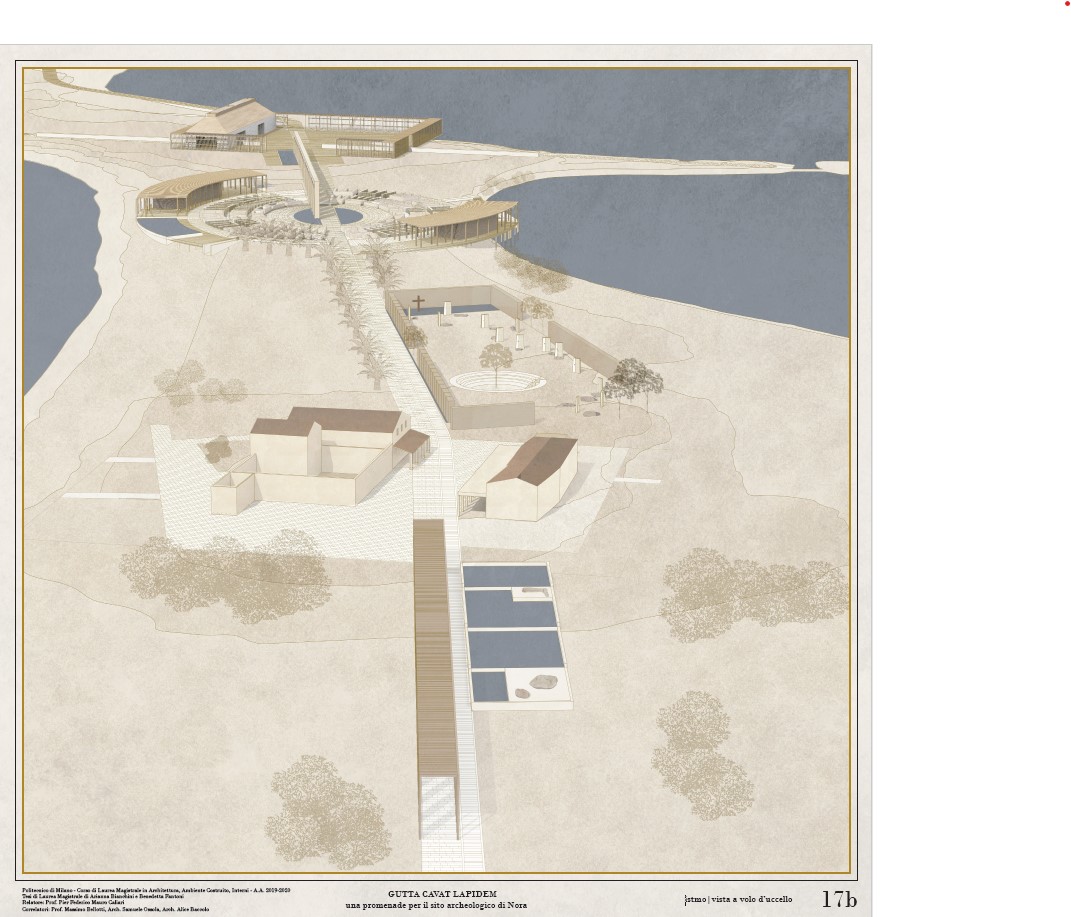 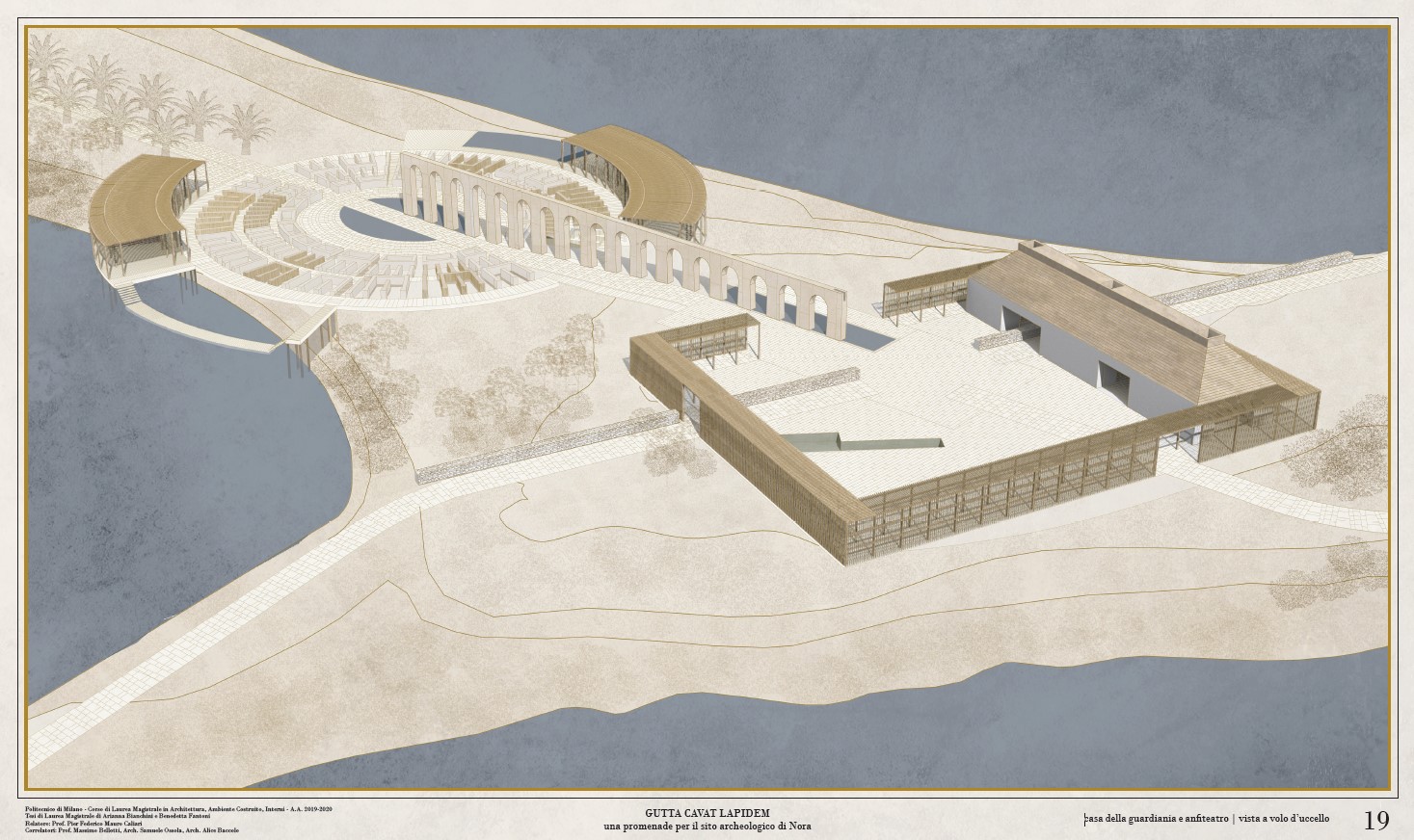 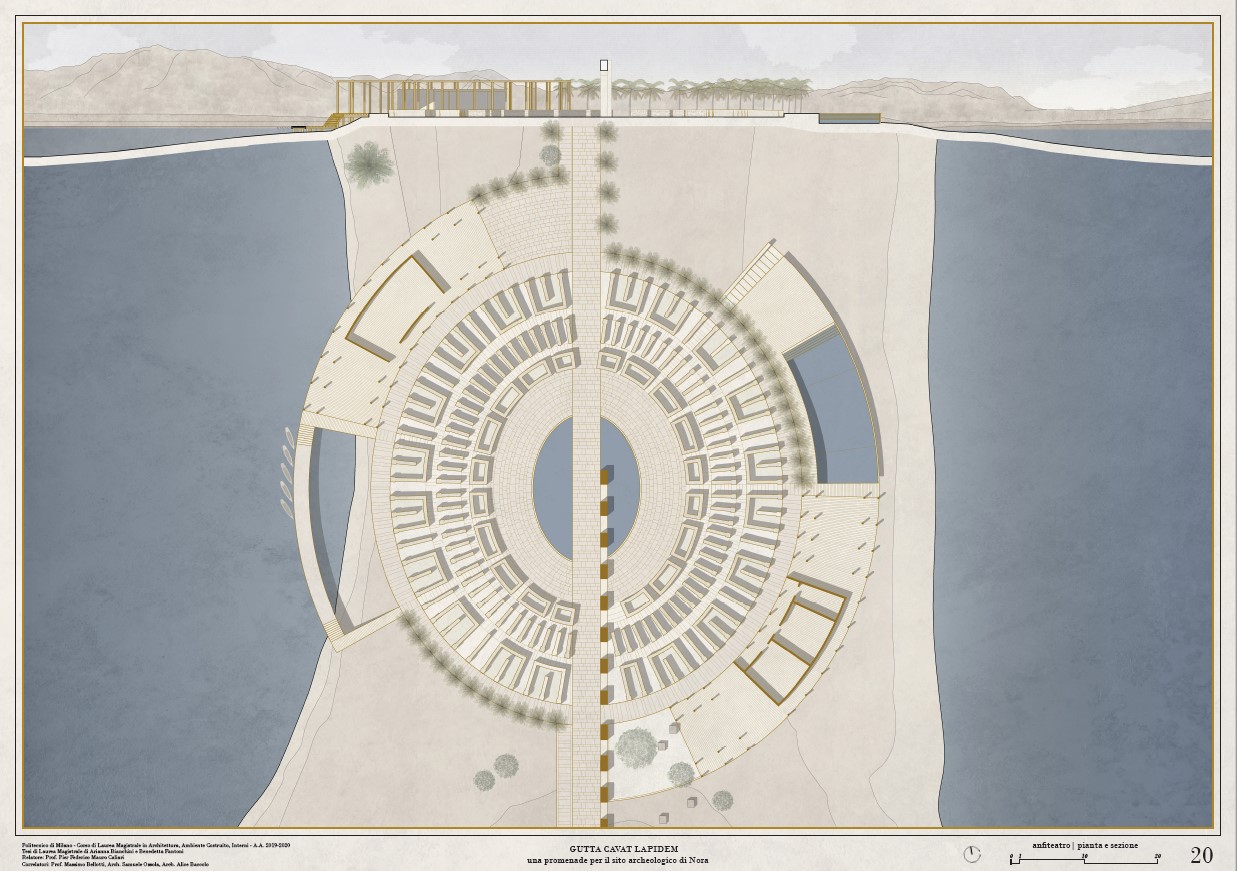 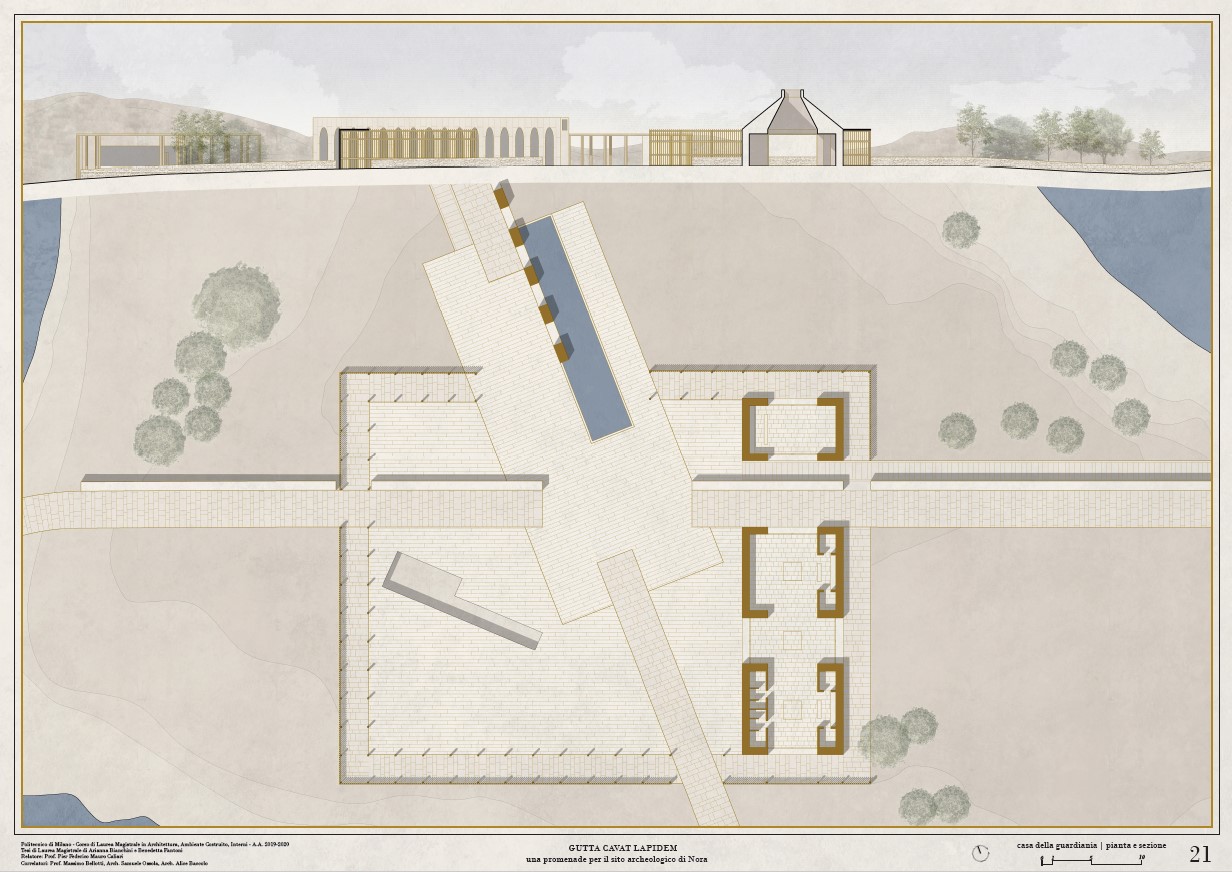 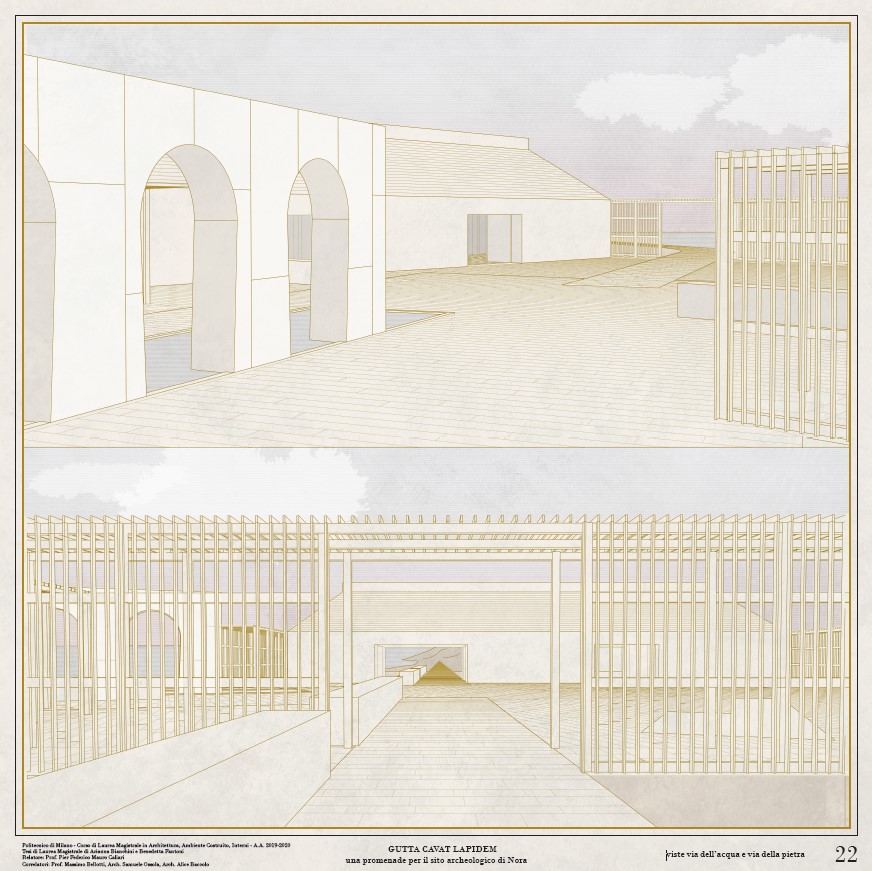