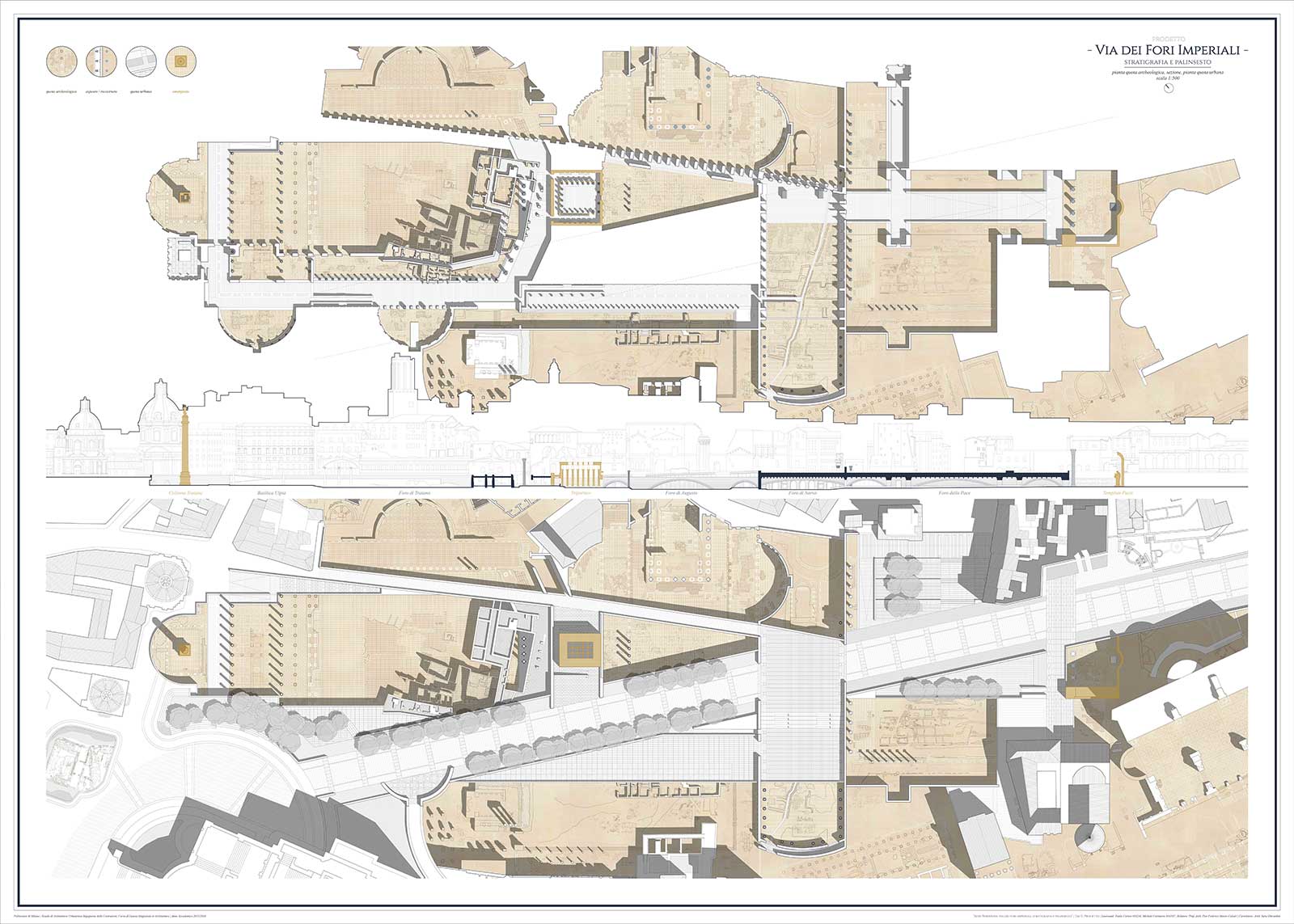 “Exegi monumentum aere perennius” is a verse written by Orazio, a latin poet, in his third book of Odes, through which he wants to celebrate his own poetry as eternal. The words “Aere perennius” (more lasting than bronze) mean “permanence”, which can be interpreted as conservation, but also as something which remains in the collective memory. This idea shows an interesting affinity with the fundamental peculiarities of the archeological area of Imperial Fora in Rome, area of interest of this master thesis, and with its layers. Working on the tracks which represent this amazing palimpsest means to be closely with an history which is a common heritage. It’s clear, studying the palimpsest which characterizes this area, that it is not possible, nowadays, to read in a comprehensible way all the elements which make it up. This is due to an intense activity of excavation, inspired by a great curiosity, but not led by a plan about the identity of this area. Against this, the aim of this project, using the tools of architecture (working on layers, axes, boundaries, thresholds, sequences, spaces), is to establish a layout and a hierarchy which organizes all the pre-existances, making them working together, underlining the different layers which overlapped through the years and centuries, in order to make them understandable without weakening a compositional principle which wants to be balanced and coherent. Via dei Fori Imperiali is considered as an architecture able to fulfil this task thanks to its spaces (internal and external, its edges and different levels) and its sensorial features. 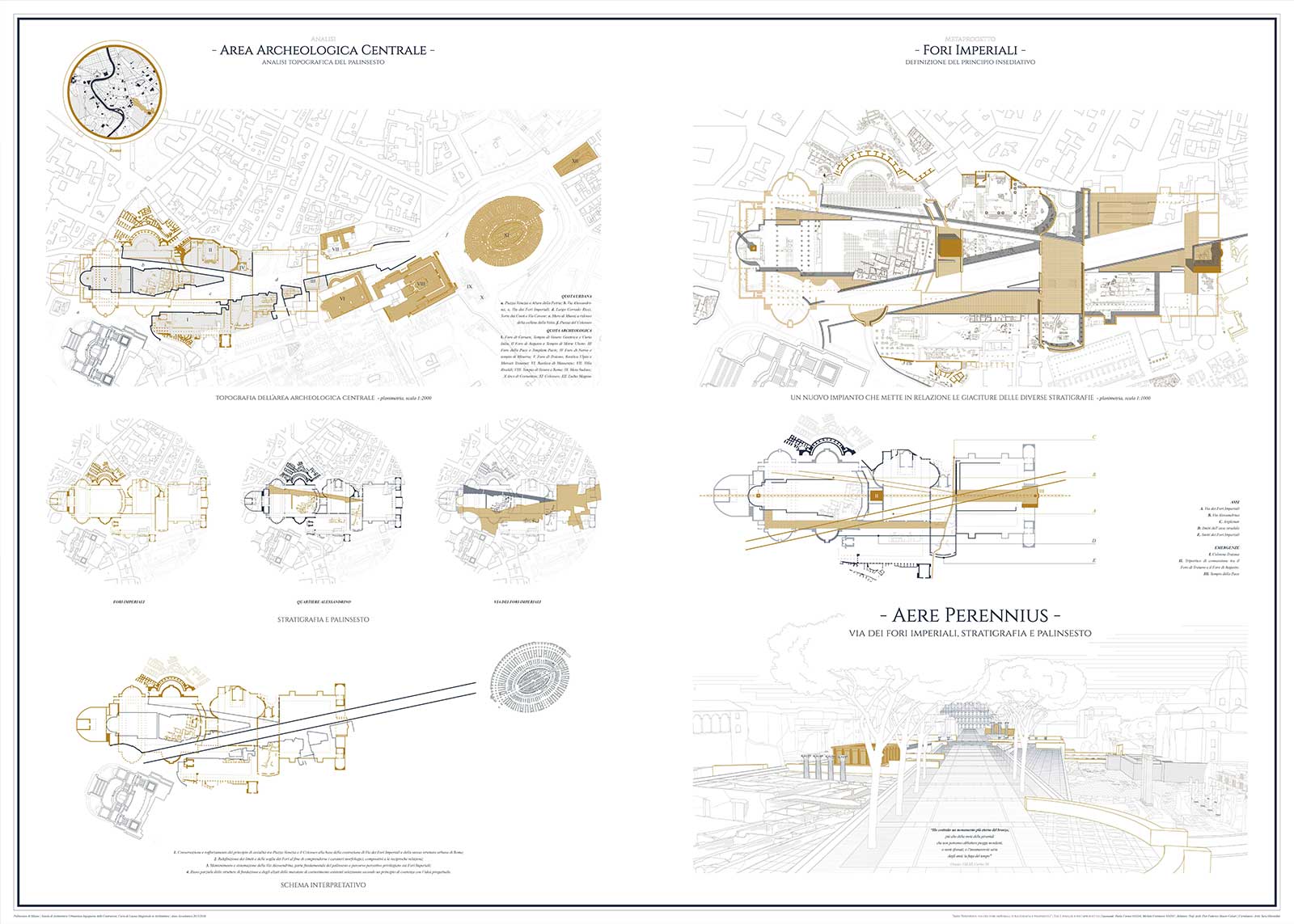 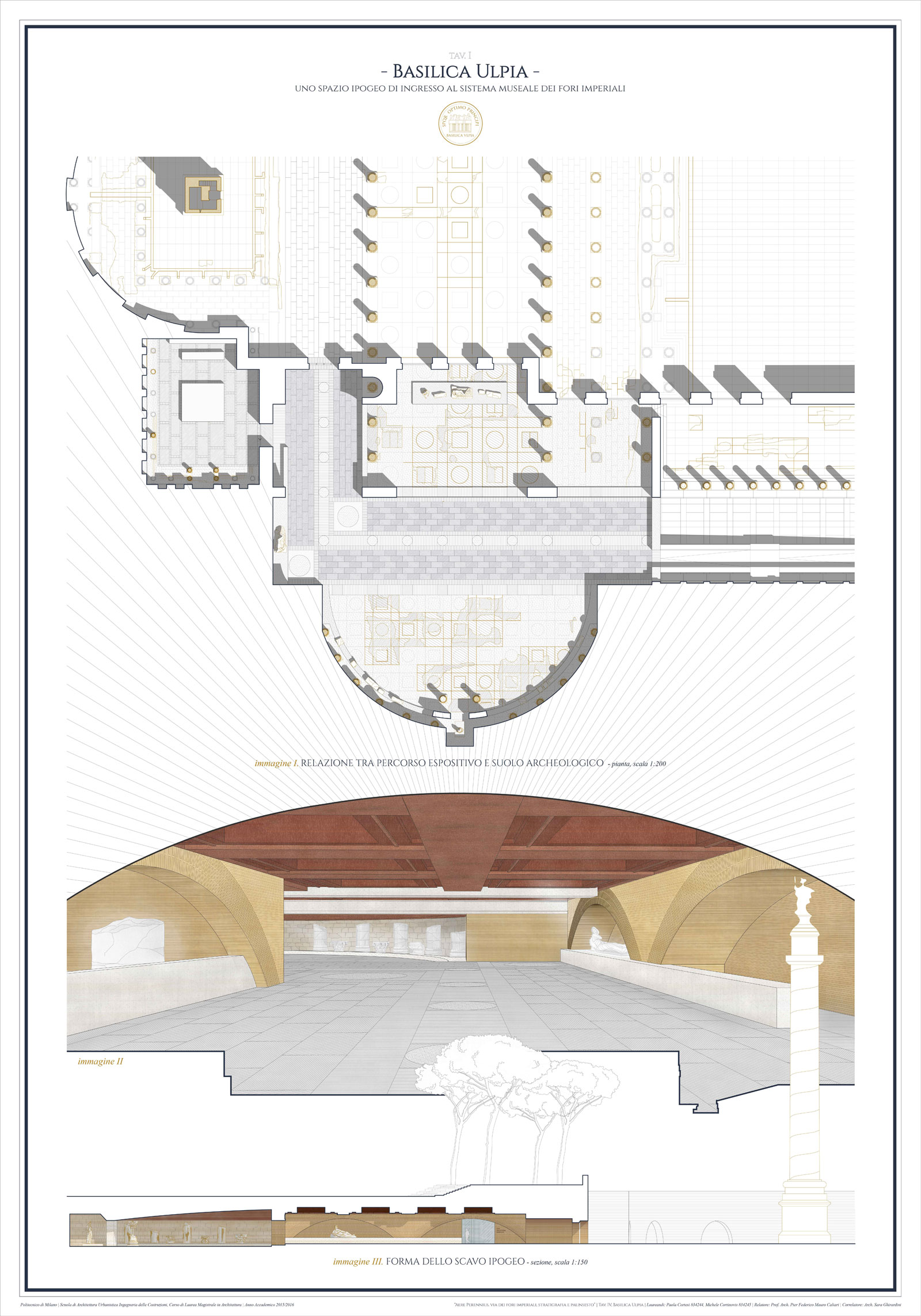 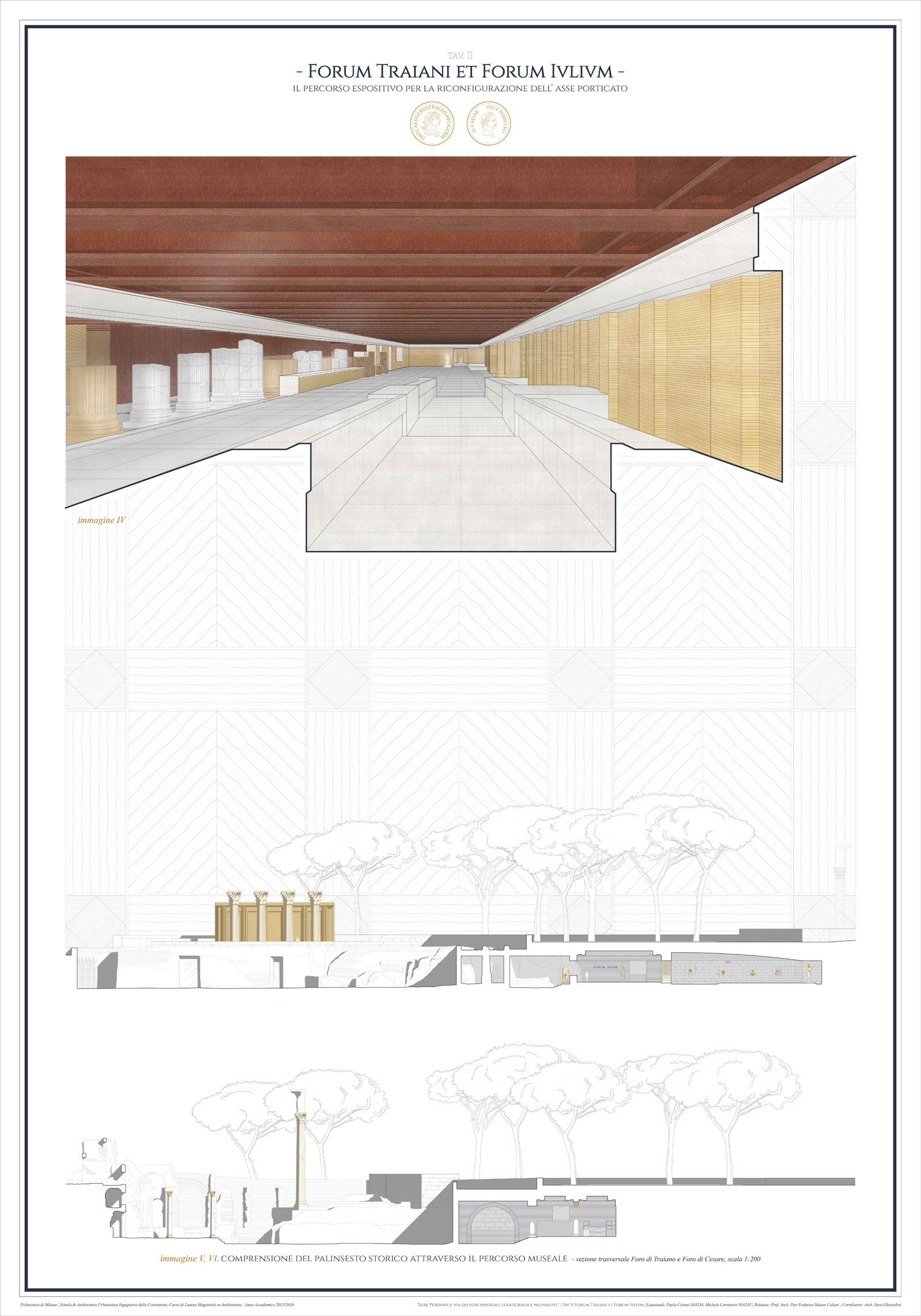 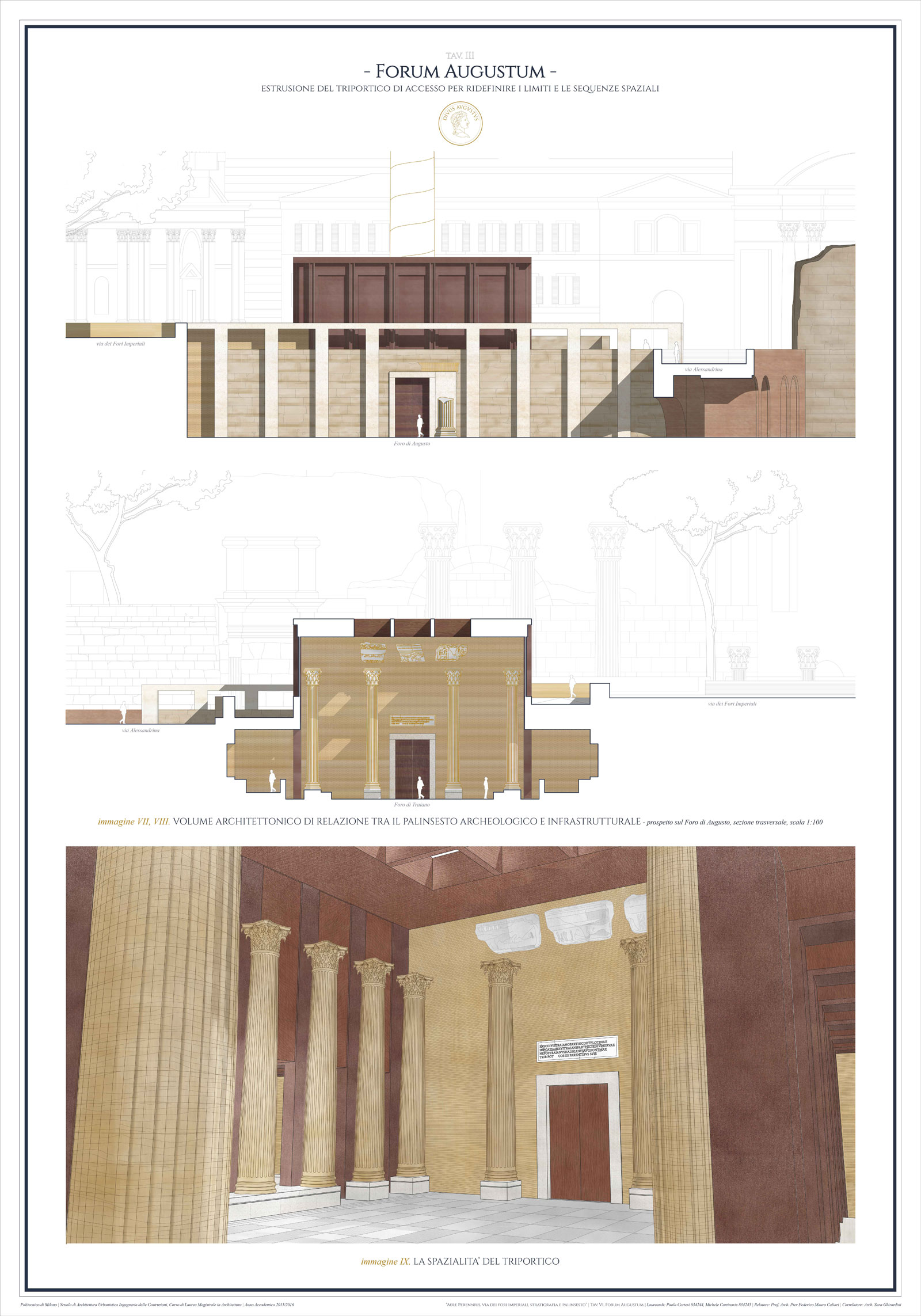 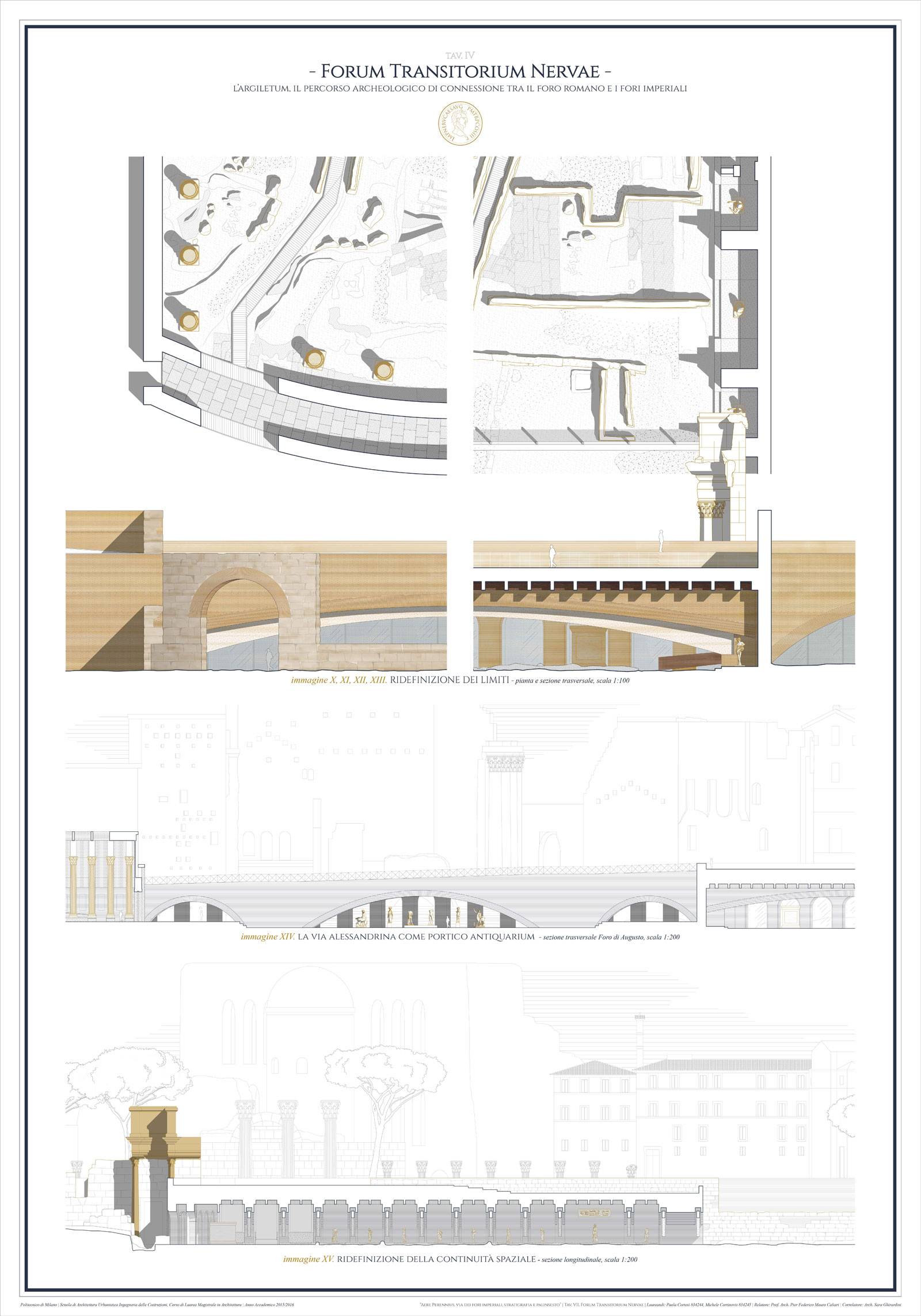 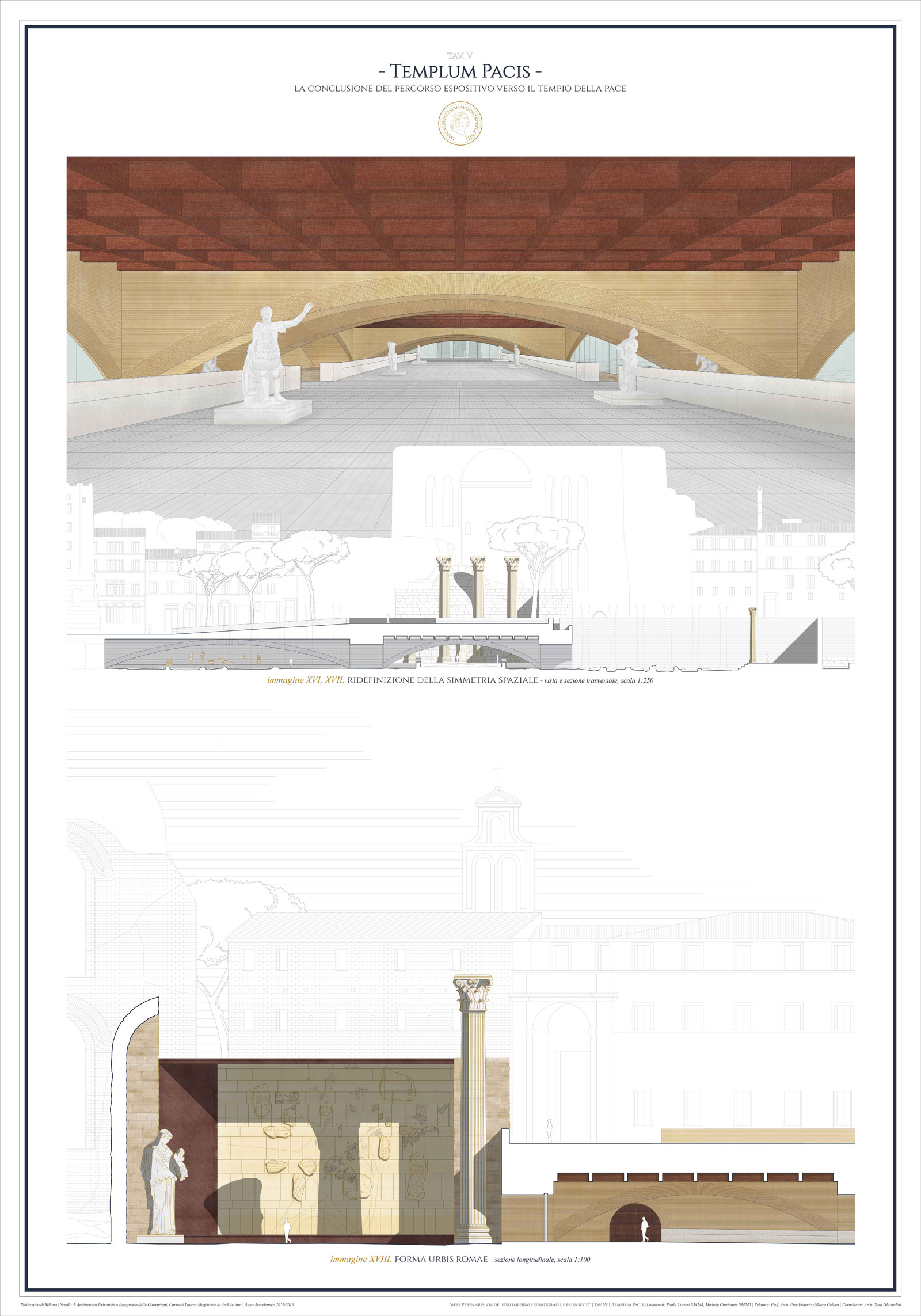