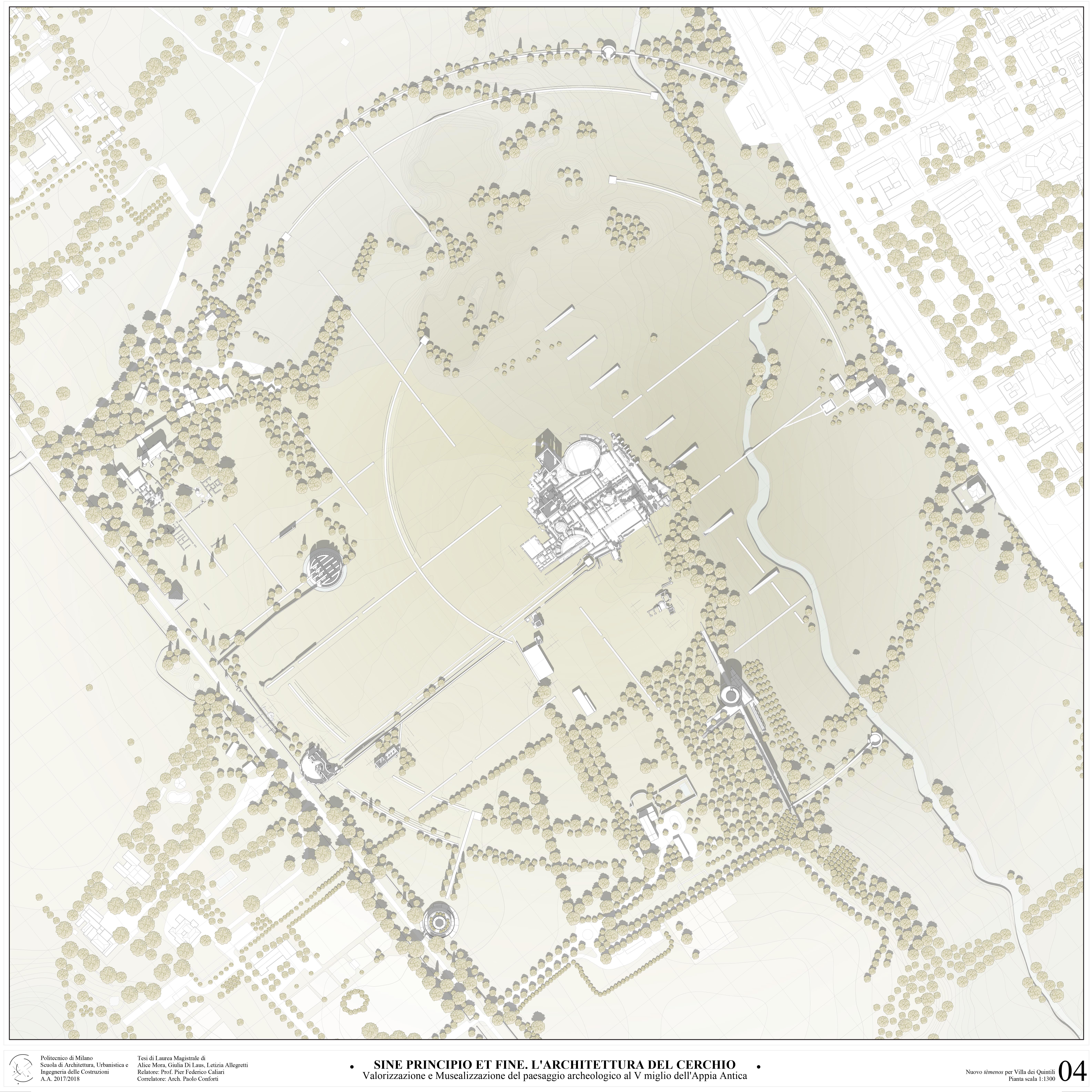 “… a landscape that is more admired than you despair of being able to describe: on one side the immense capital of the ancient world, on the other the beautiful group of Colli Albani, where in Roman times whitewashed more numerous villas than those seen now … “. These are the words that were written at the beginning of the 20th century by the English archaeologist Thomas Ashby, in an era when the lands around the ‘Appia Antica’ were still those of the Roman countryside that had been crossed for centuries, portrayed and told by artists and intellectuals from even distant lands. Today, those same feelings, even if in part, can be experienced again walking along this paved road, in the shade of its maritime pines. Our project is thought to be placed in this context, precisely at the V Mile, or half of ‘Parco Archeologico dell’Appia Antica’, and closely linked to the site of the ‘Villa dei Quintili’, one of the largest and most important suburban villas of the Roman countryside. To it binds our proposal, identifying three points of intervention which dialogue with the villa in a different way, entering with it, more or less, directly in contact. The geometric study made, taking as generator points some centrality of the villa, has meant that the three elements were defined in their respective types from the place in which they were identified: the first overlooking ‘Via Appia Antica’, the second – the only to physically relate with the ruins of the archaeological site – placed above one of the water tanks, and the third along the same steep wall on which the basis of the villa is attested . Three interventions that are inspired by and develop in a different way, the type of the tholos, so recurrent along the Appia, studying the possible configurations of this architectural entity. Three elements joined by a design of greenery and paths that wants to integrate with the existing landscape, and which appears to be itself a fundamental part of our design hypothesis, for the relationship that the villa already possesses with the surrounding territory and nature. 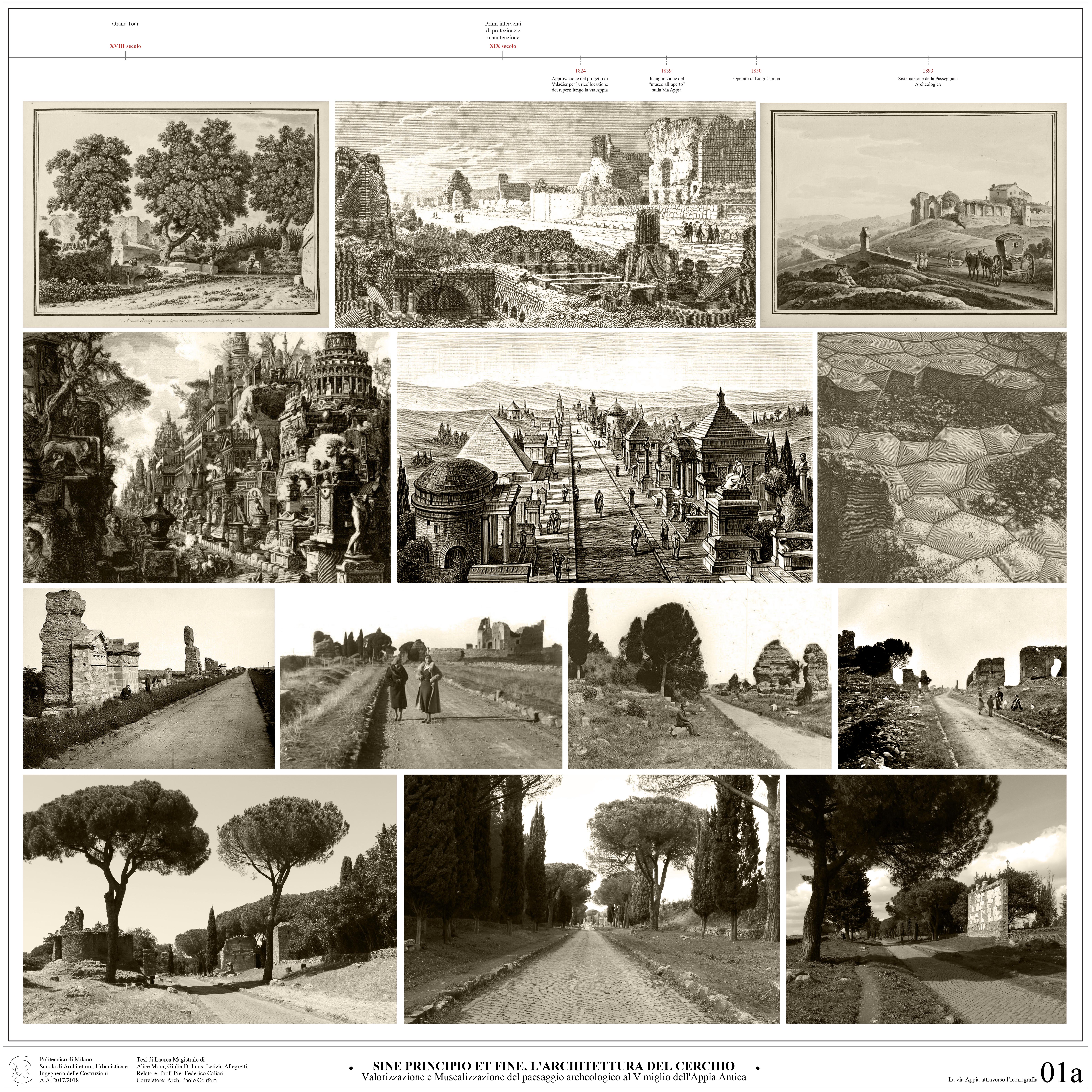 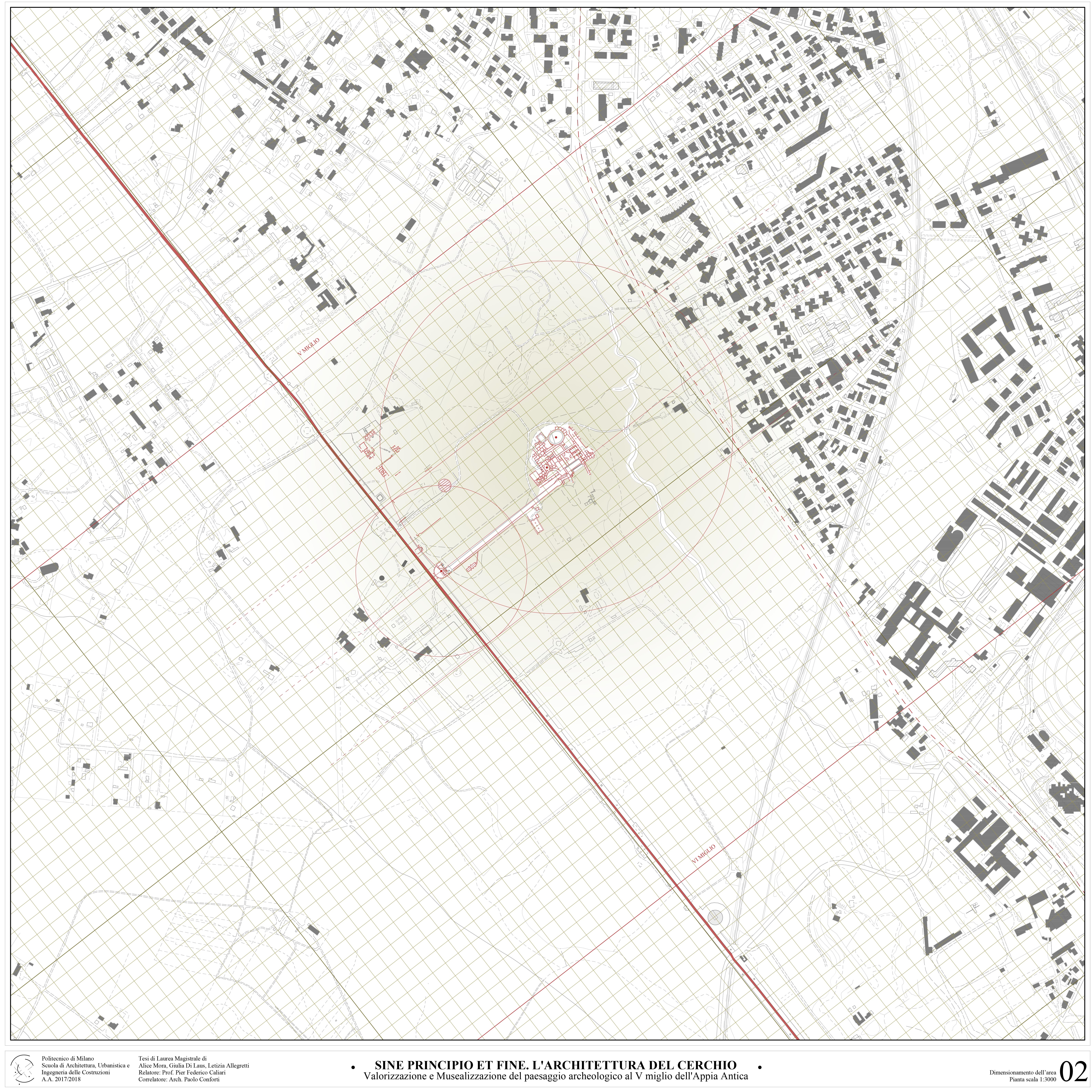 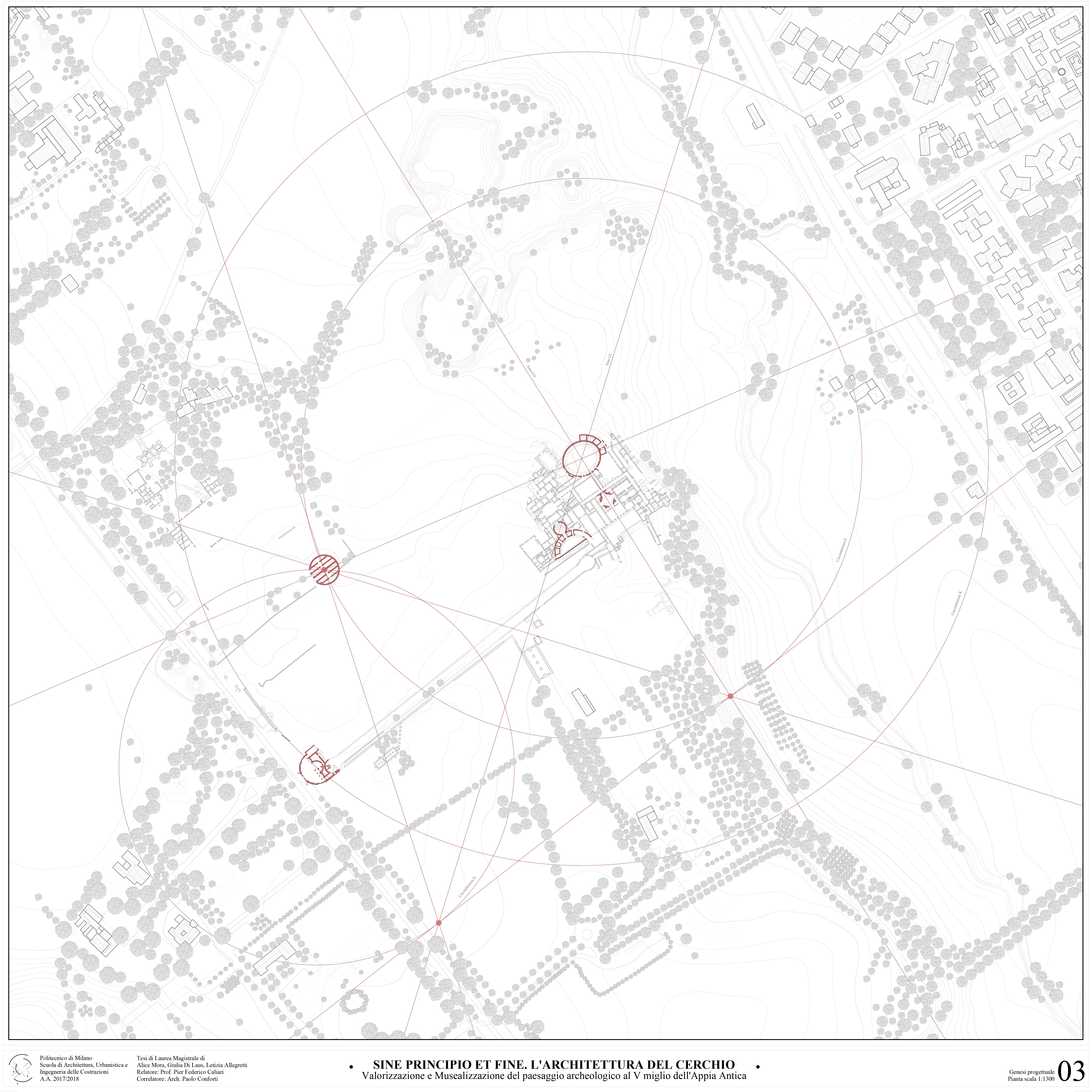 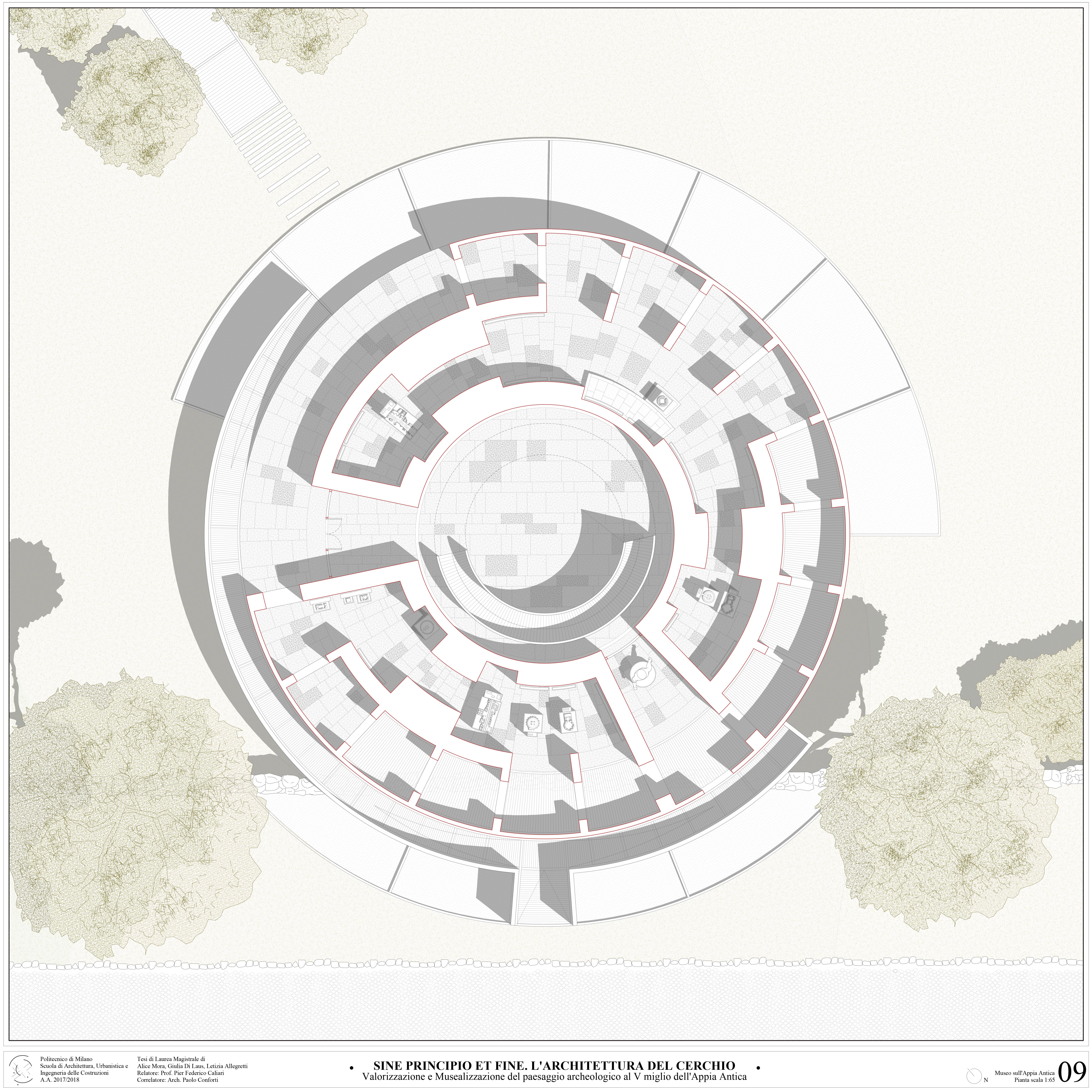 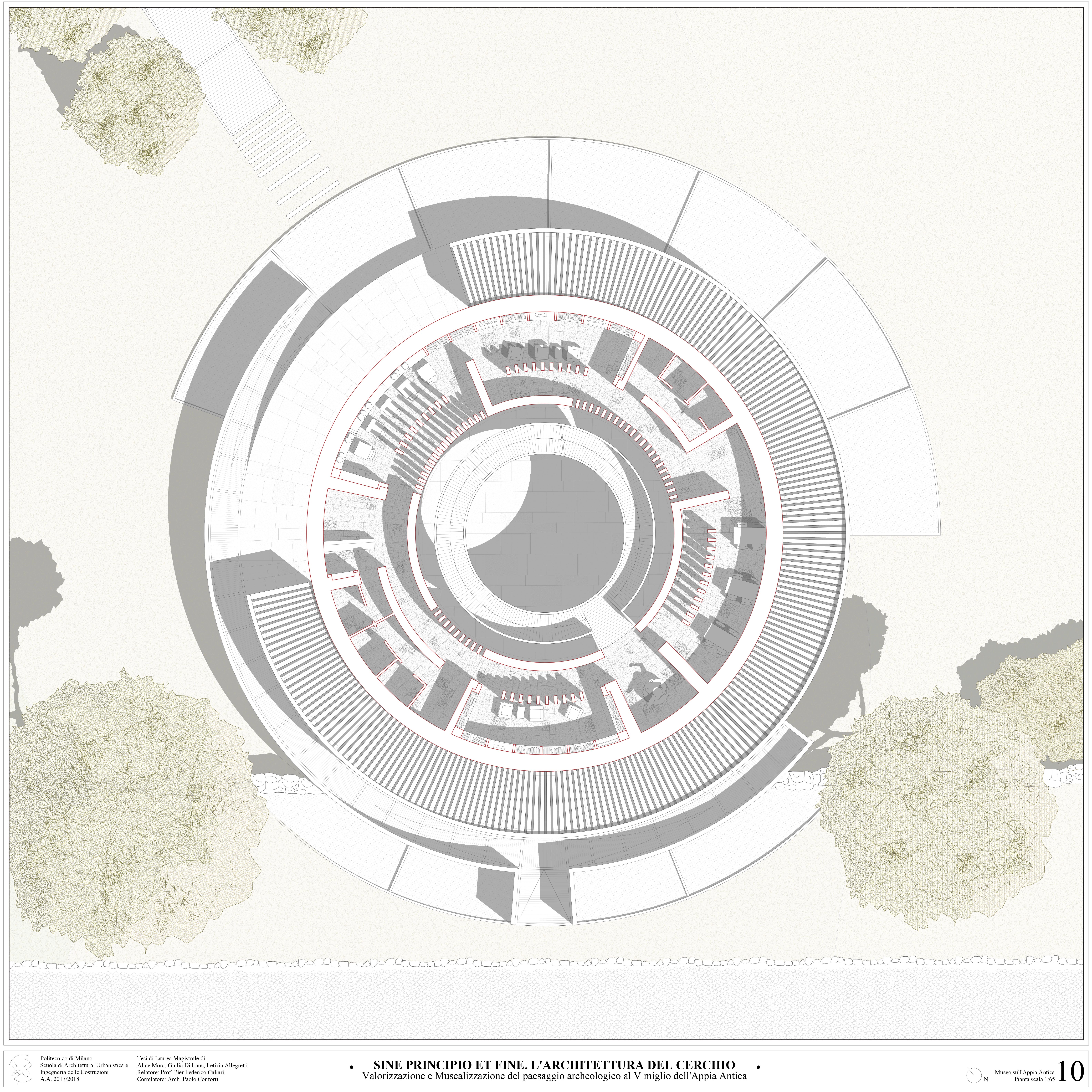 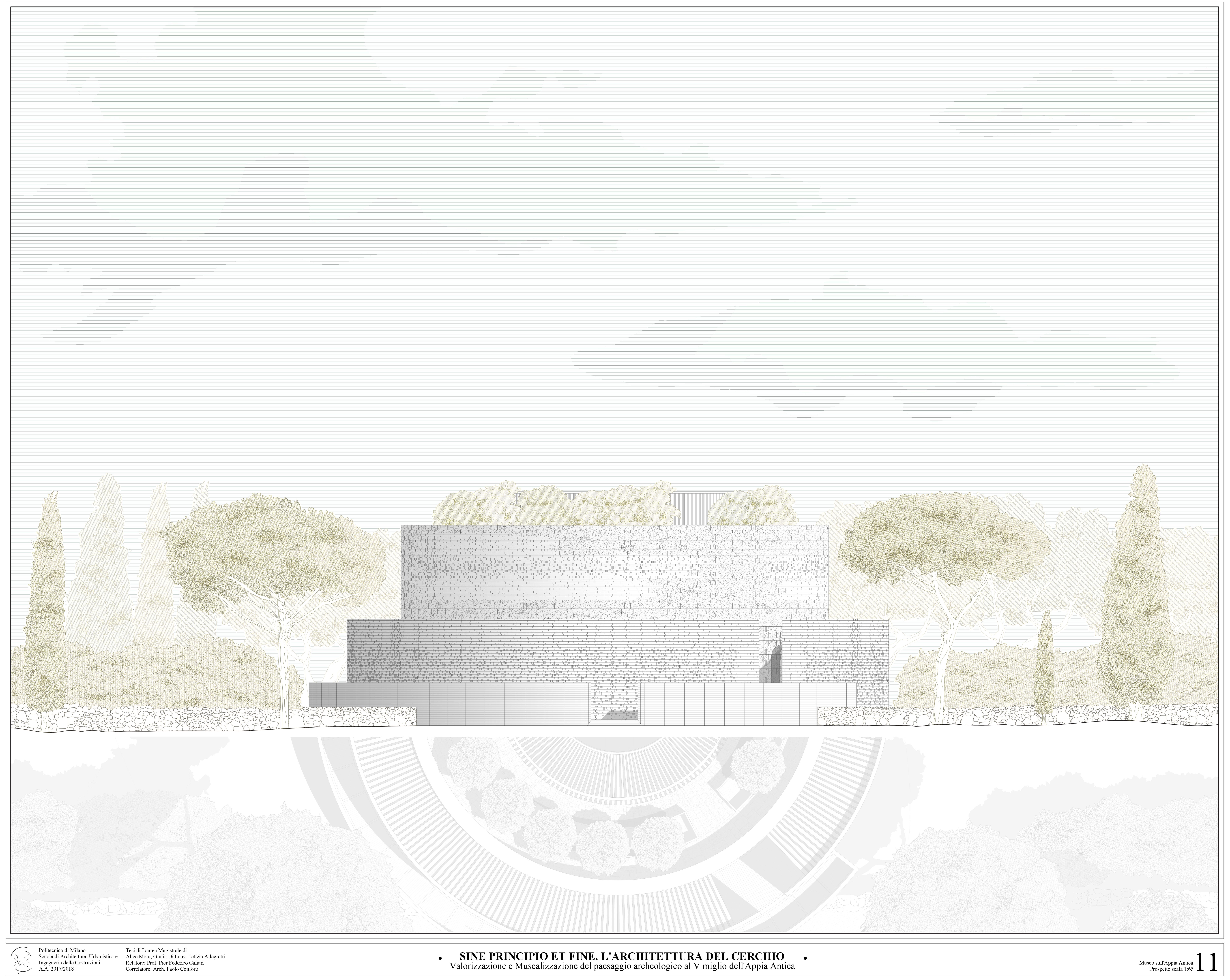 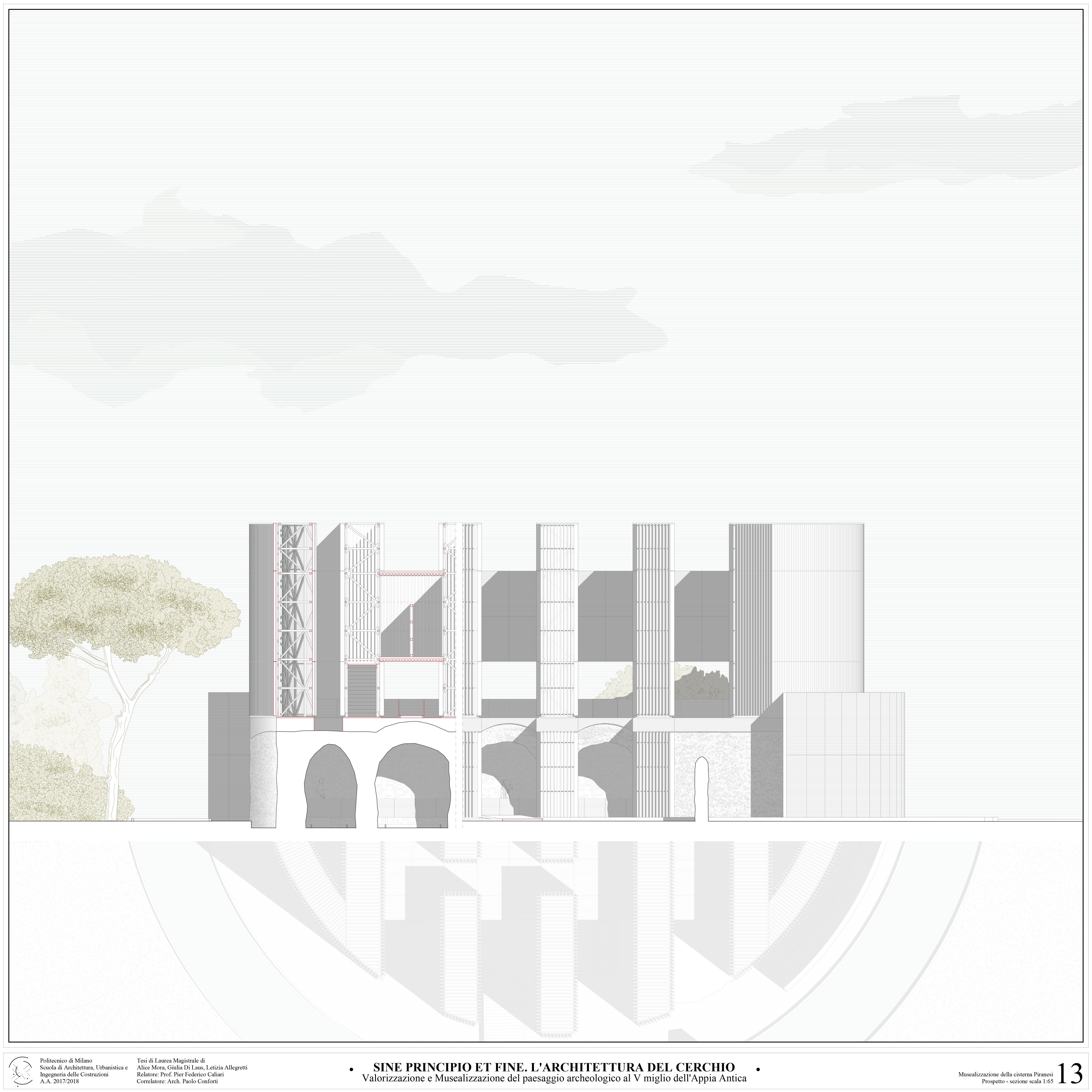 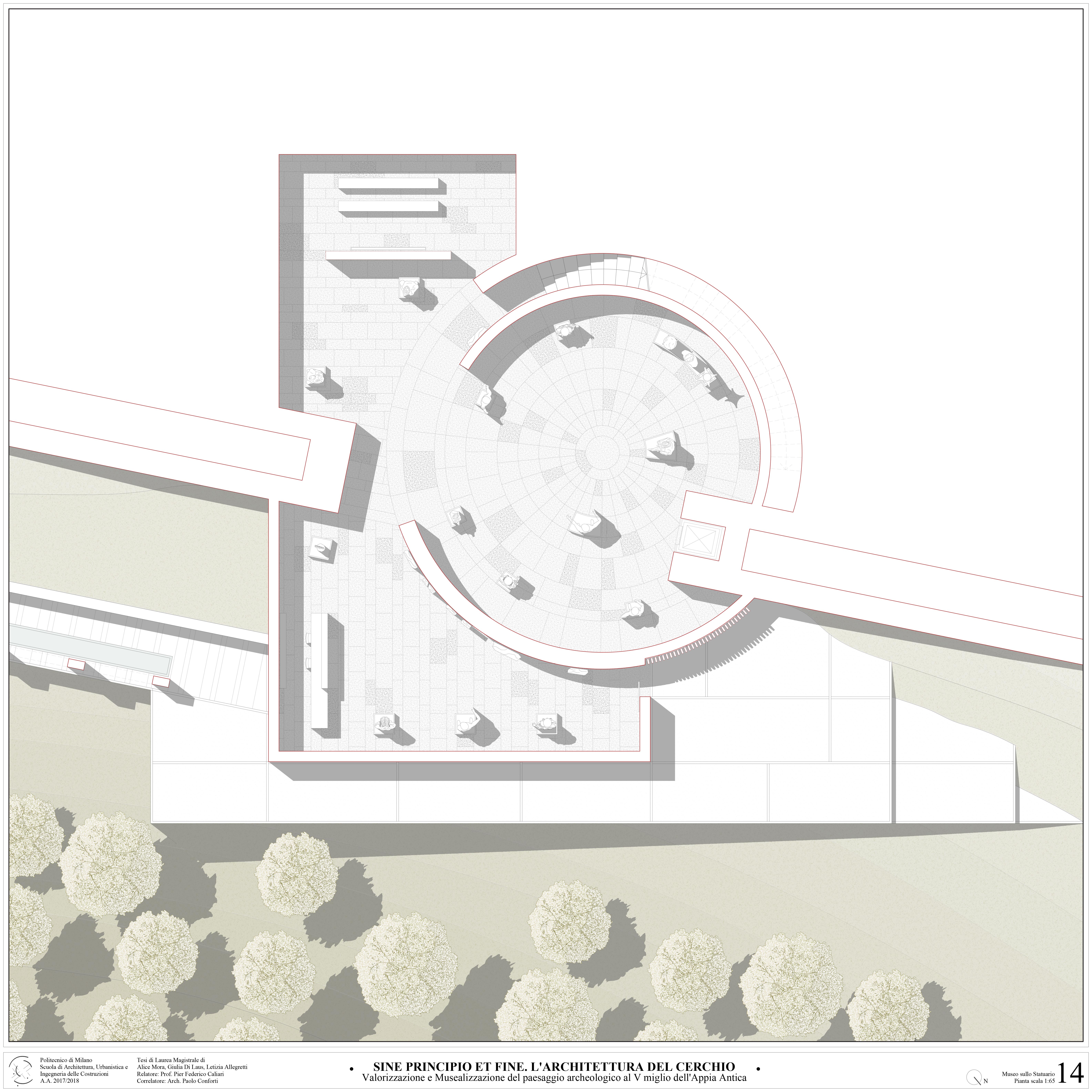 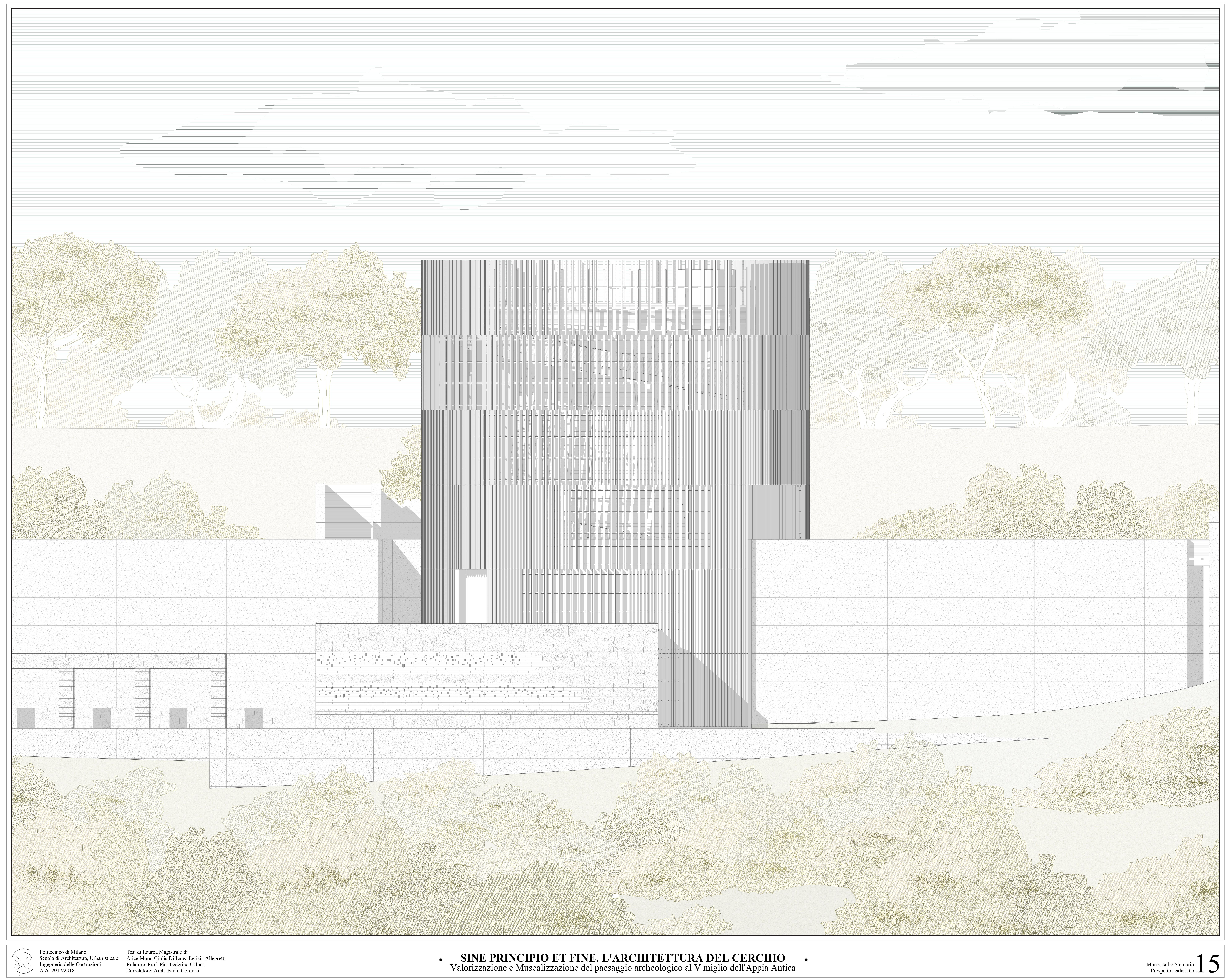