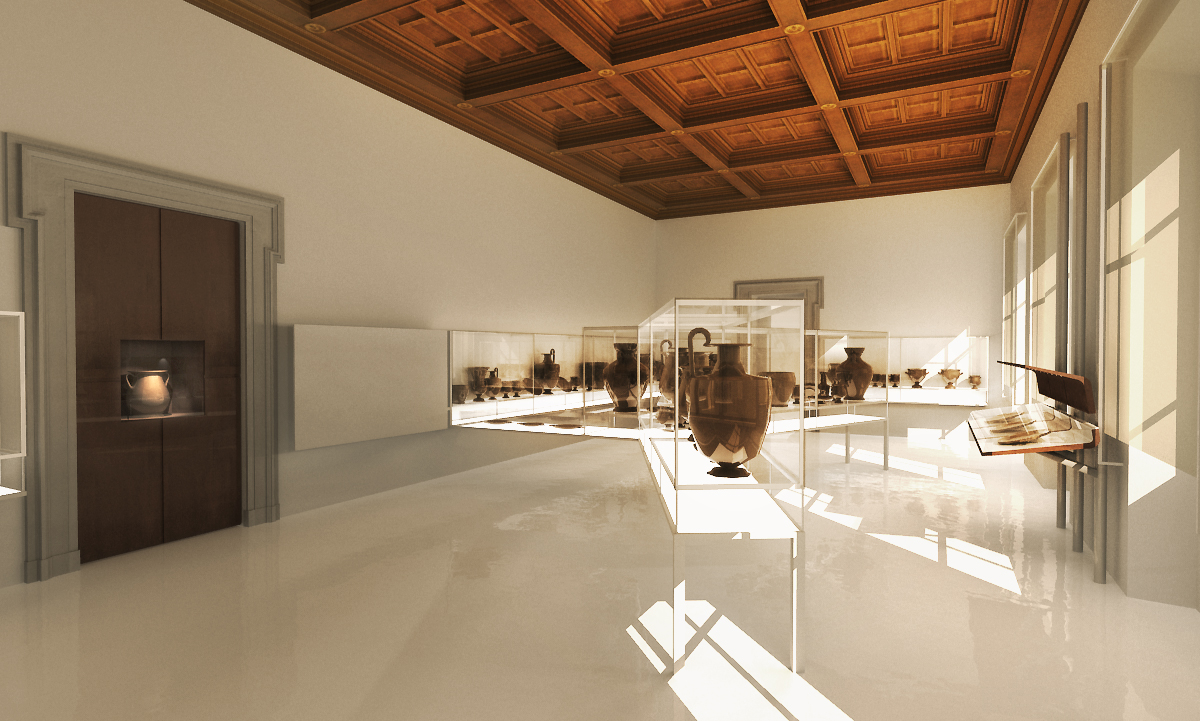 The Gregorian Etruscan Museum is located on the first floor of the Belvedere Palace and occupies the entire front of the large niche on the Cortile della Pigna. It is very extensive and includes twenty-two rooms.
The request of the lcurator, Dott. Maurizio Sannibale concerned only the intervention in a room, the penultimate of the path, in his opinion too anonymous. The main feature of the twenty-first Hall is that it contains an outstanding collection of Attic vases of the fifth century, the result of the discovery within the Etruscan necropolis in graves of wealthy merchants who traded with Greece.
The proposal was, compared to the established image of the Museum, quite revolutionary. The idea was to offer the visitor a color shock after a sequence of rooms all dull tones and, frankly, very sad. We have therefore proposed the floor and walls in semi-gloss white resin, capable of reflecting the Roman atmospheric light, which has a very vivid color temperature even in non-sunny days, and spread it within the exhibition. In turn, the bearing surfaces of the vases were provided for self illuminated with fluorescent light diffused.
It was re-used even in this case the show cases up on poles solution, already proposed for the Sala della Vittoria del Ministero per gli Affari Esteri, to place works even on the side of the windows toward the courtyard and to project light from above to the top of the fully transparent cases by lamps placed on the upper side of the poles. The result was that of a solar exhibition environment, with an optimal spread of the light for the perception of the colors of the vases. However, the proposal was considered revolutionary, but, unfortunately wasn’t realized. 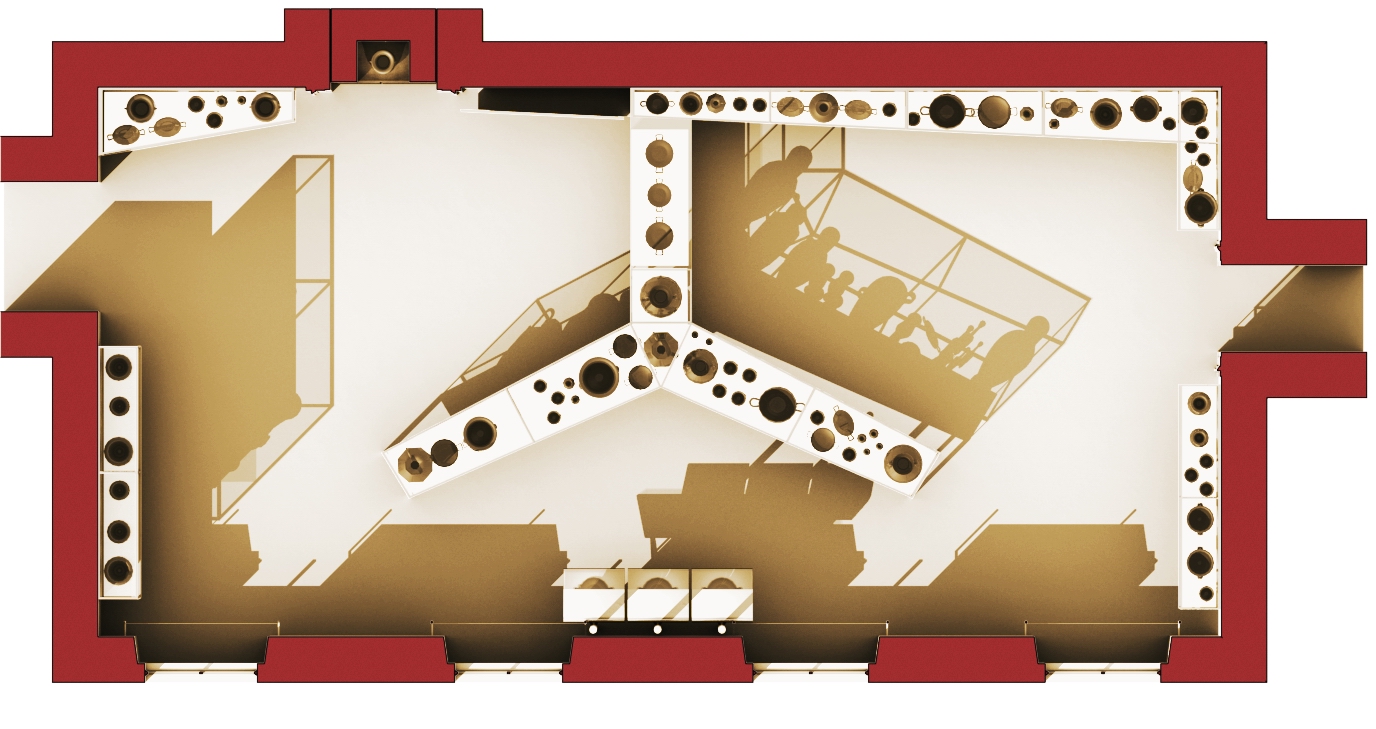 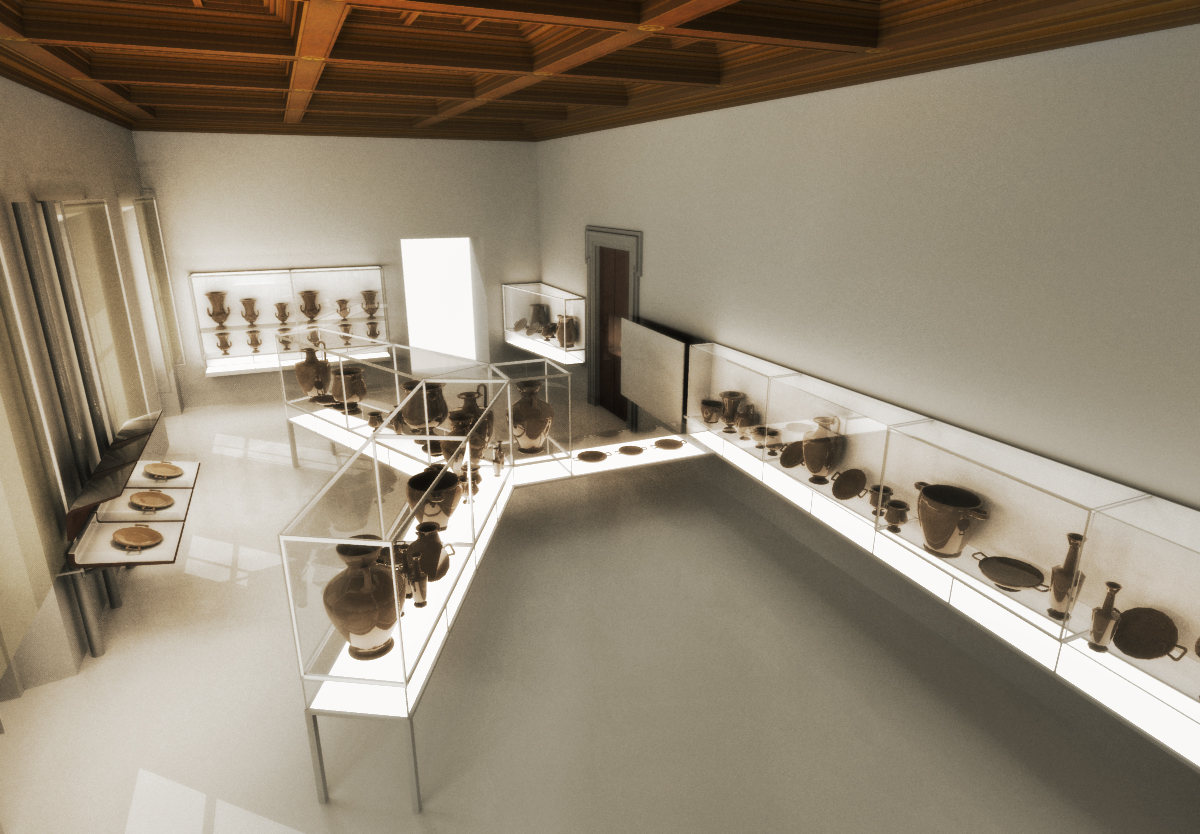 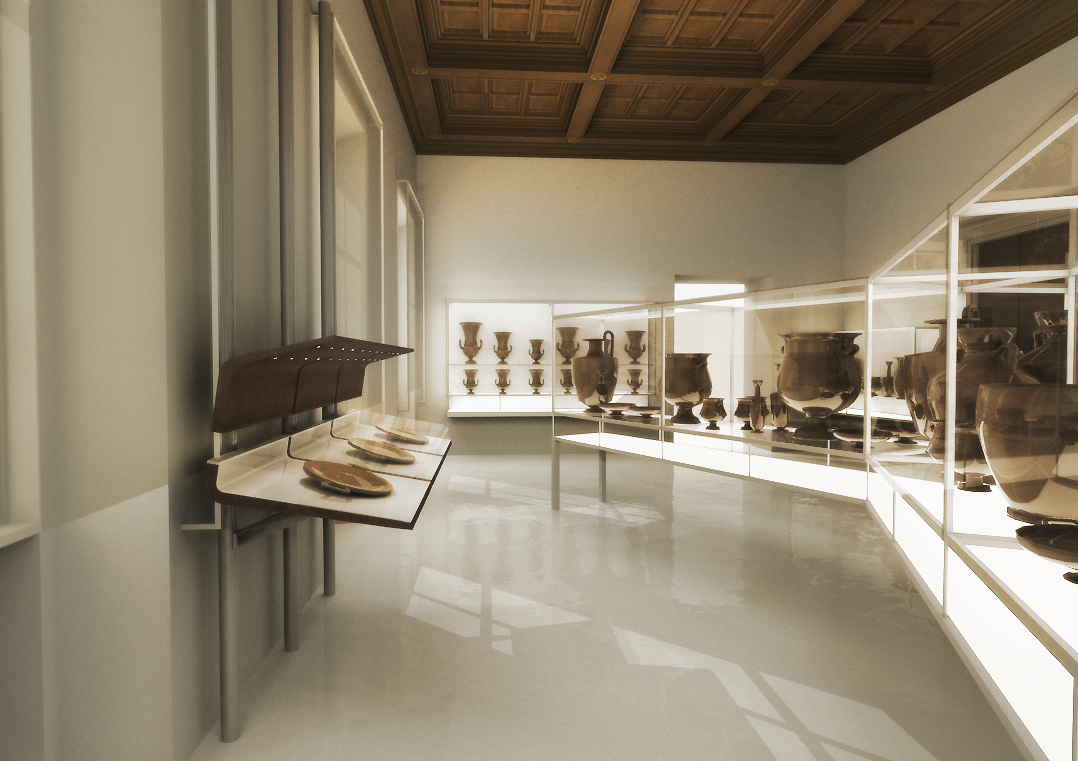 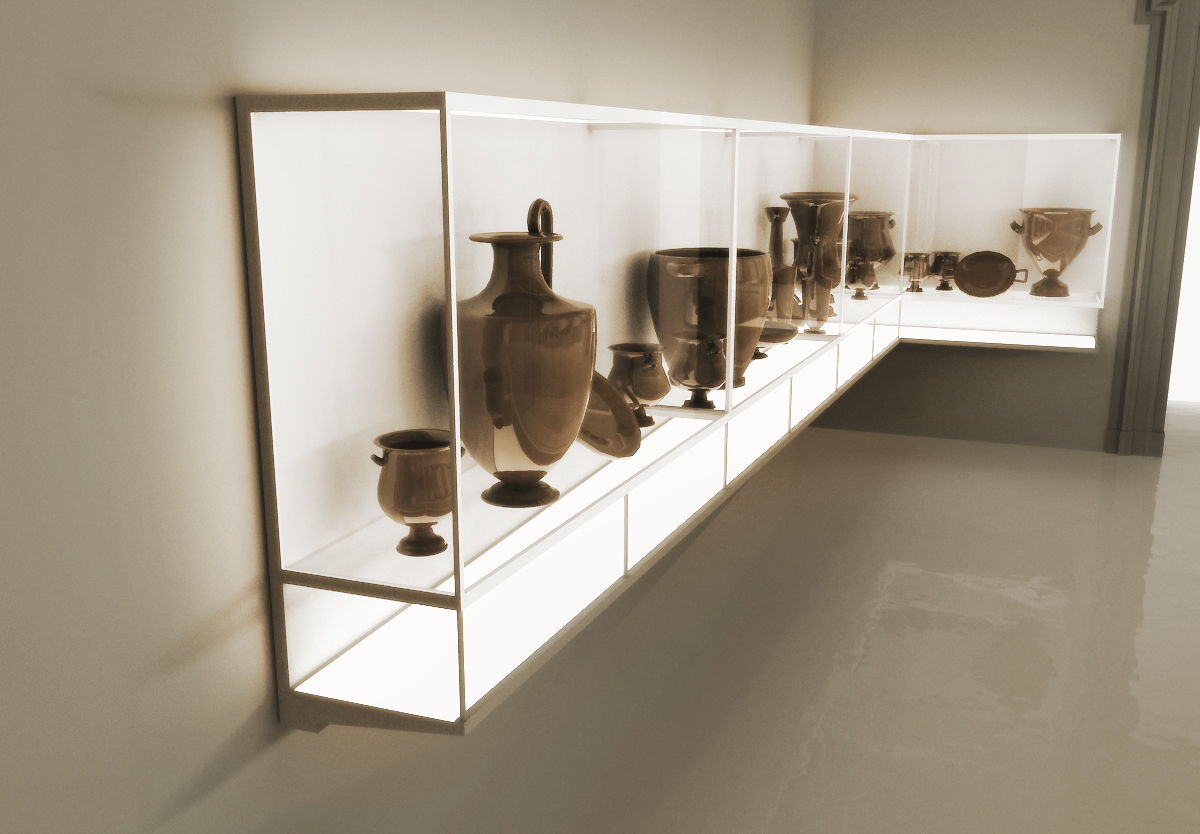