Paris is a magical city, steeped in history and timeless places. Between the Tuileries Gardens and the Louvre Palace, in front of the Arc du Carrousel and close to the Grand Pyramid, stood from 1564 to 1883 the Palais des Tuileries, residence of monarchs and great historical figures, place of art and symbol of identity of Paris. Louvre and Tuilereis constituted a single large complex; the Great Dessein called it, because their union was part of a long process initiated by Caterina De Medici and fully realized by Napoleon Bonaparte through a Great Drawing. There has been much debate and debate about the reconstruction of this building; by the great French thinkers and architects at the Comitè pour la reconstruction des Tuileries many interpretations have been given about the importance of this building both from the architectural and from the historical-symbolic point of view. The thesis is part of this debate and seeks to reinterpret the reconstruction of the Palace according to the key elements of the original project and those that have been the changes prepared at the Louvre Museum since Ieoh Ming Pei conceived the Grand Pyramid and the entire underground Louvre. The redesign, by now obsolete tool in making architecture today, was a fundamental part of the conception of the project and first of all for the understanding of the spaces and elevations of the original building.

A graphic-architectural research preceded the part of the design work, carried out with the redesign of the various phases of construction of the Palais Des Tuileries. The reconstructive theme is, finally, treated through a dual approach: on the one hand, the revival in style of some significant parts of the Palace, on the other hand, the expansion of the Louvre museum that becomes the addition of the underground world built by Pei. 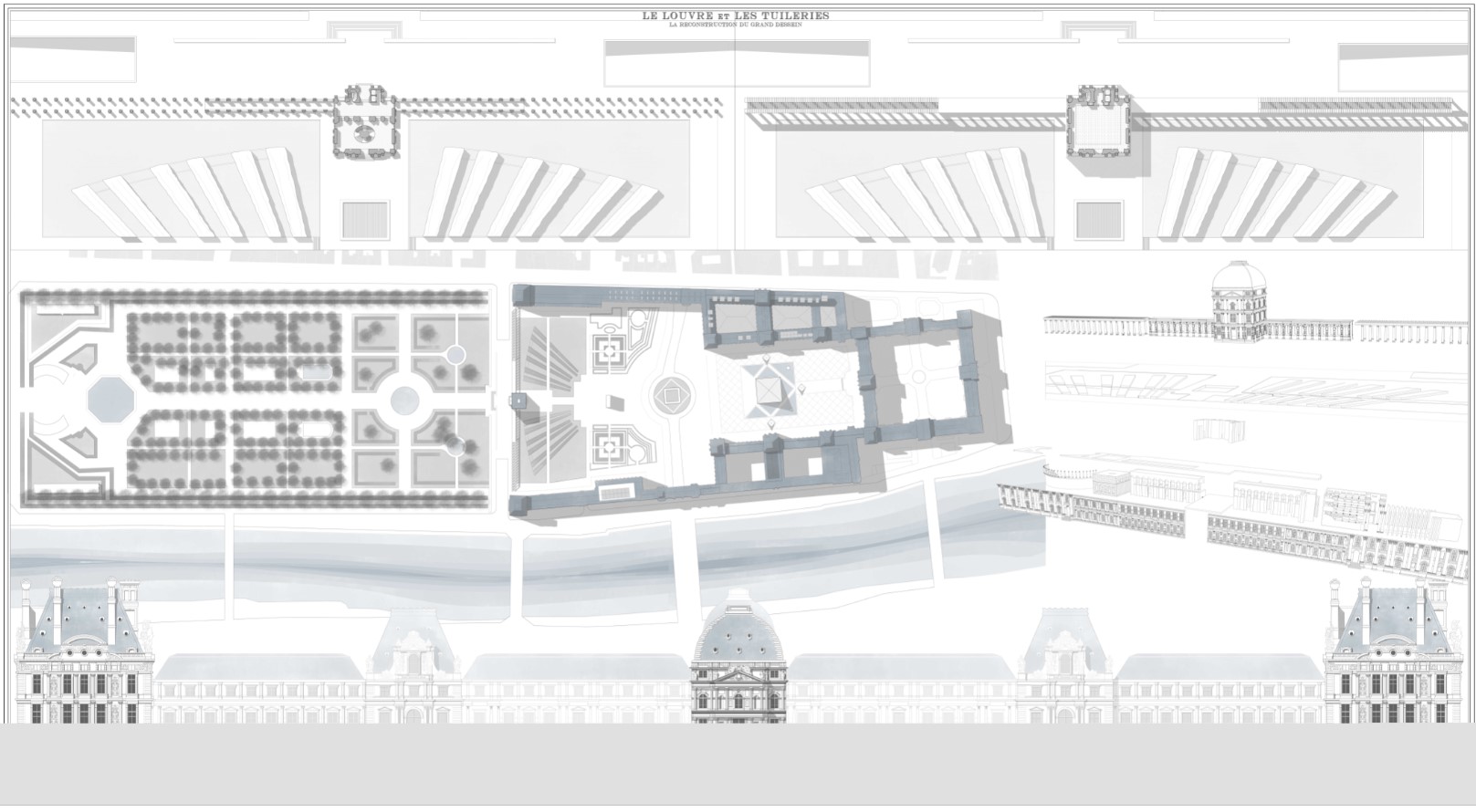 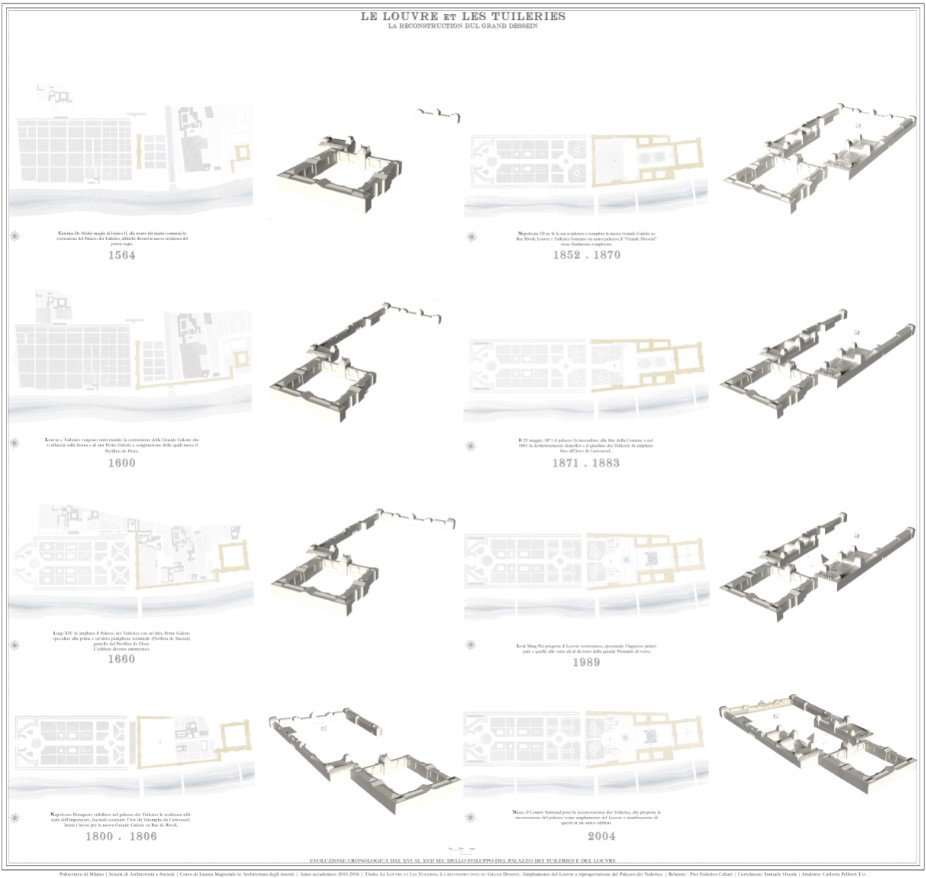 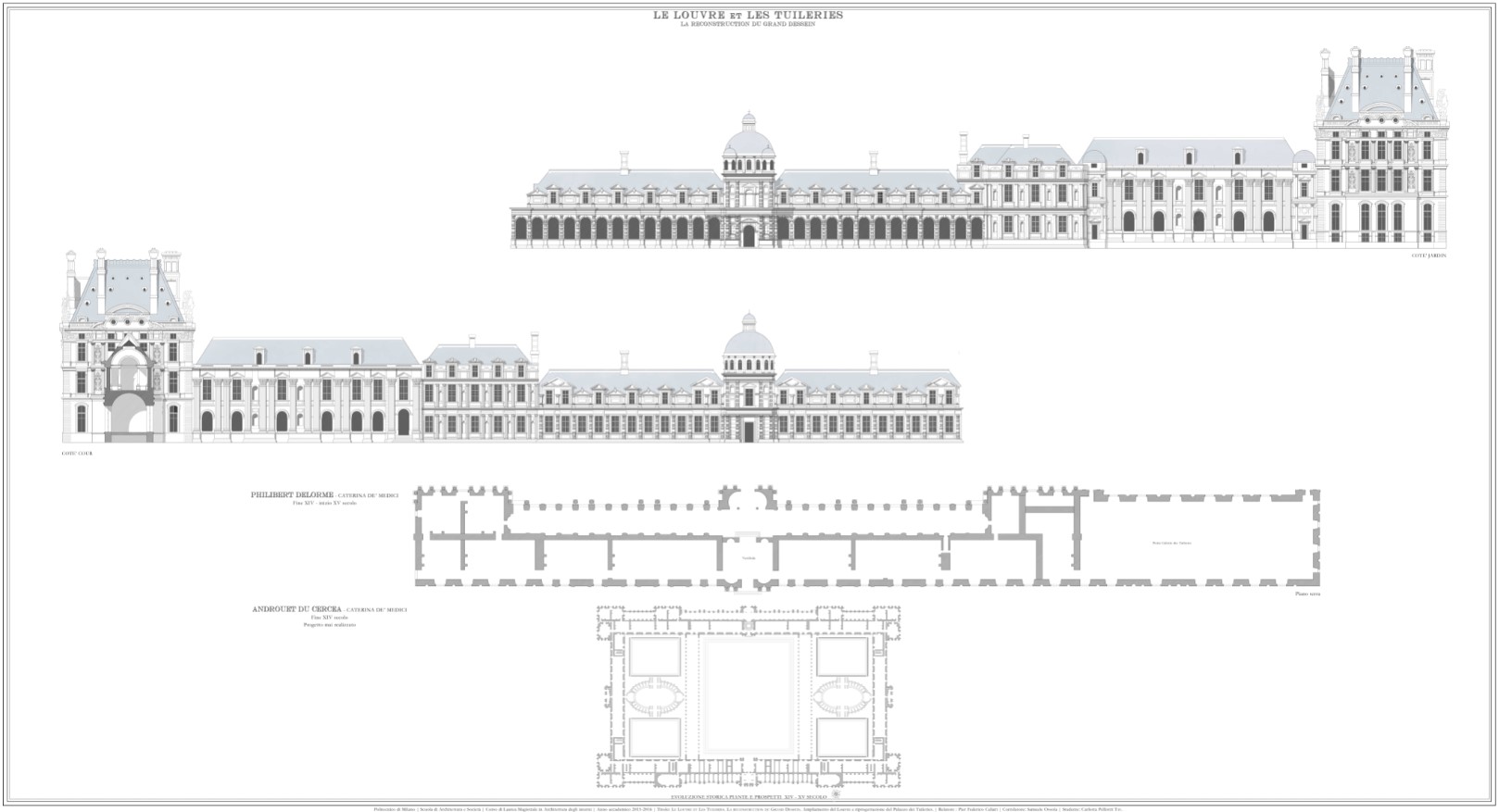 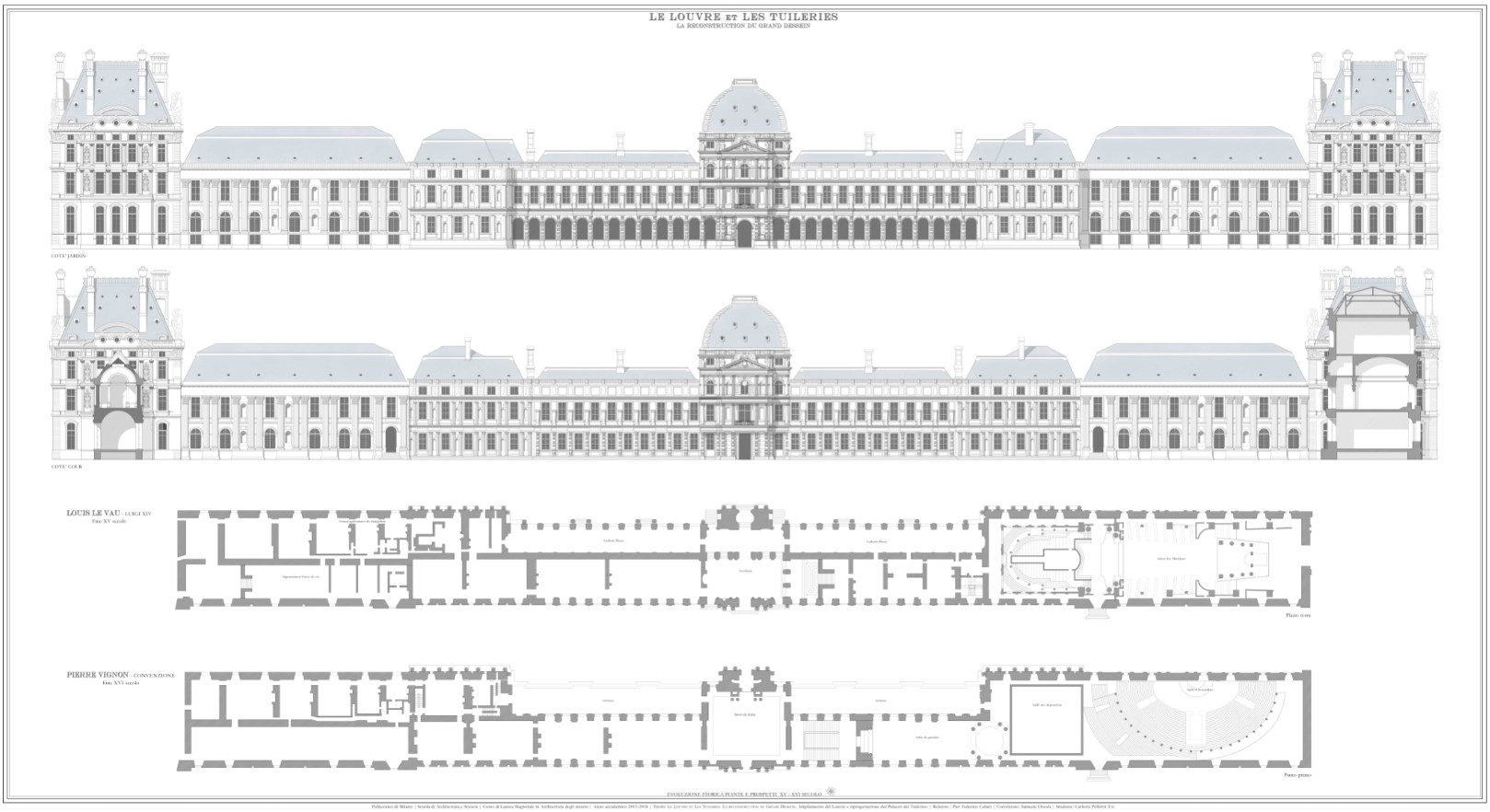 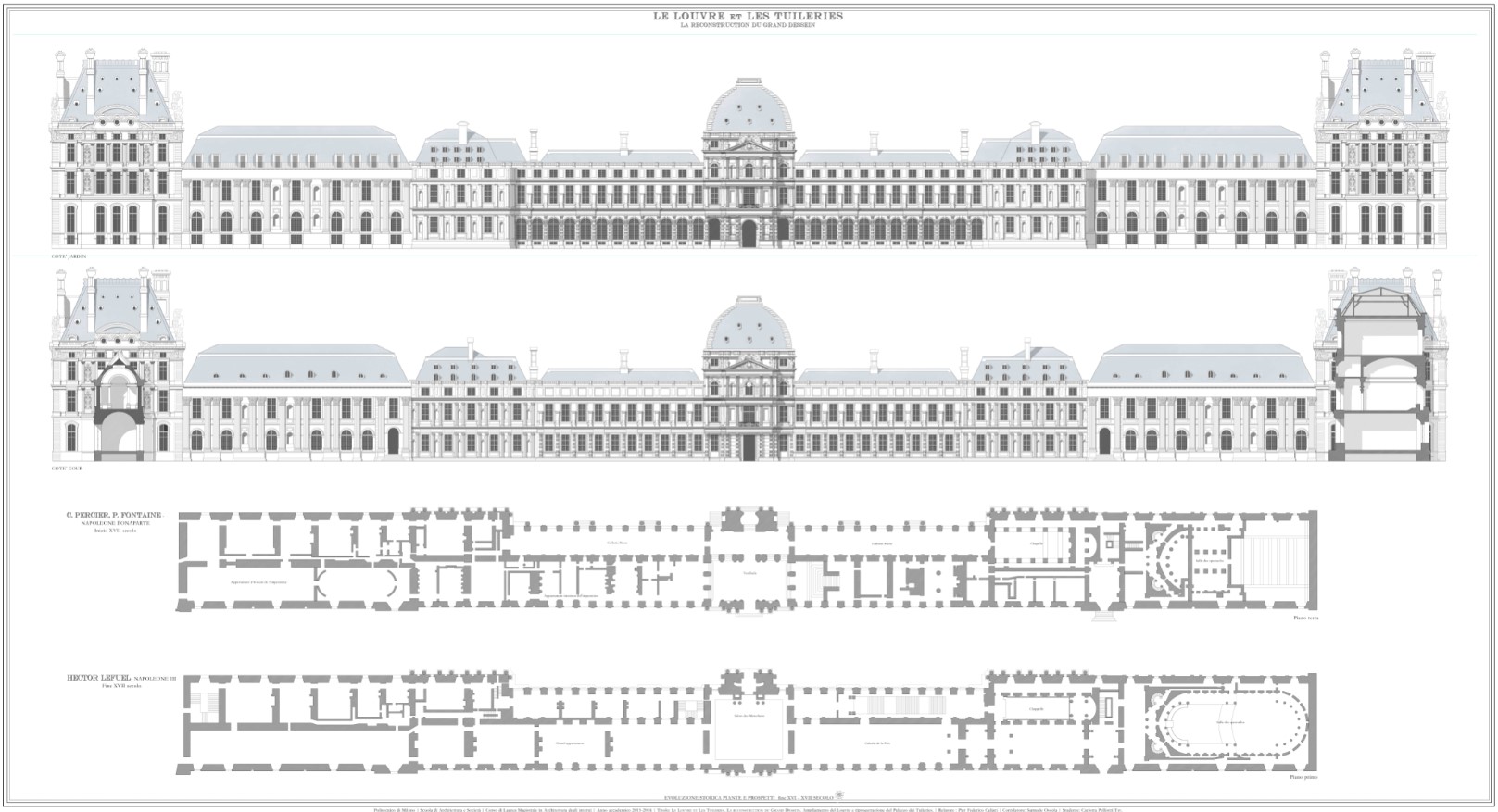 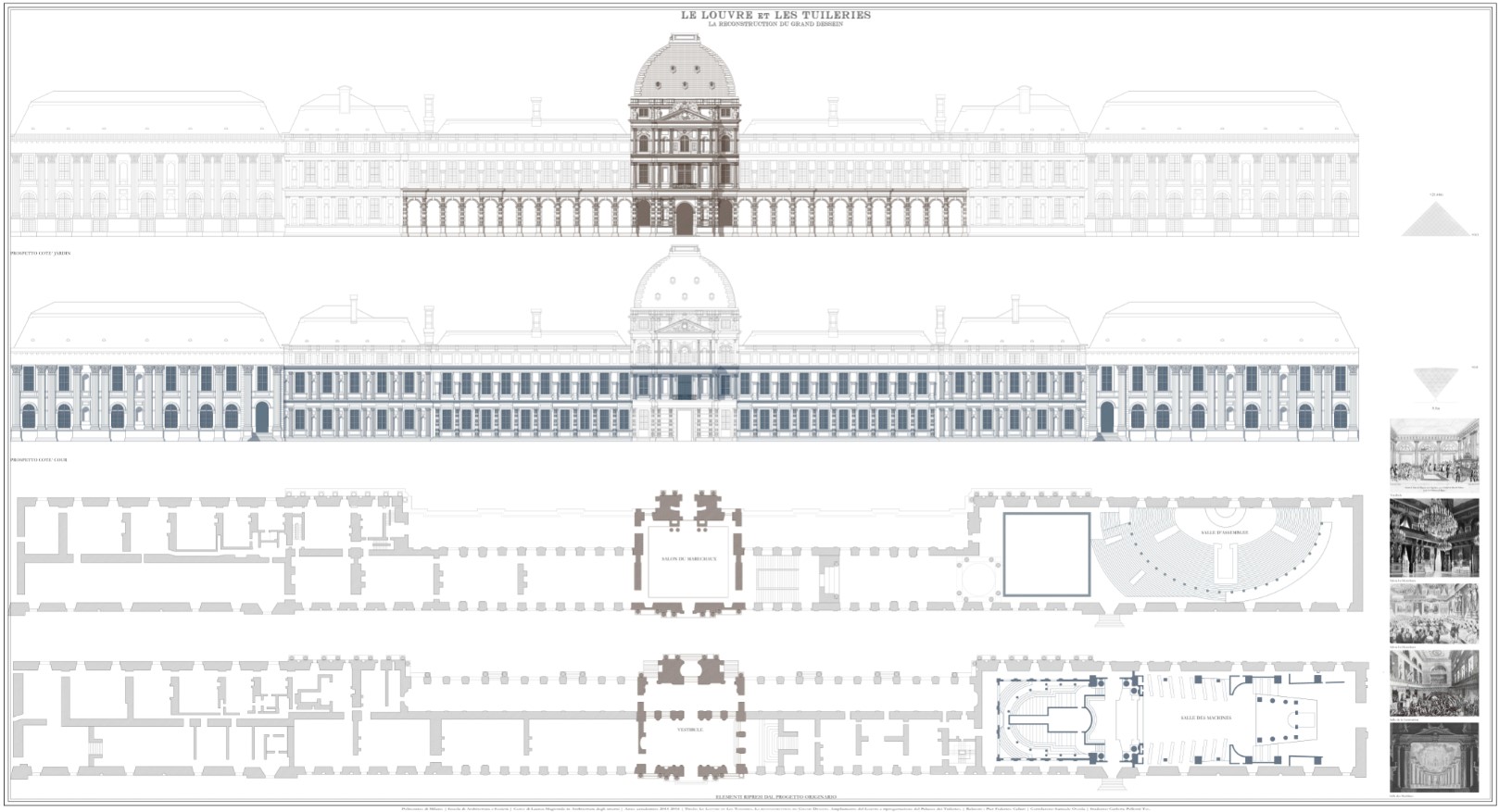 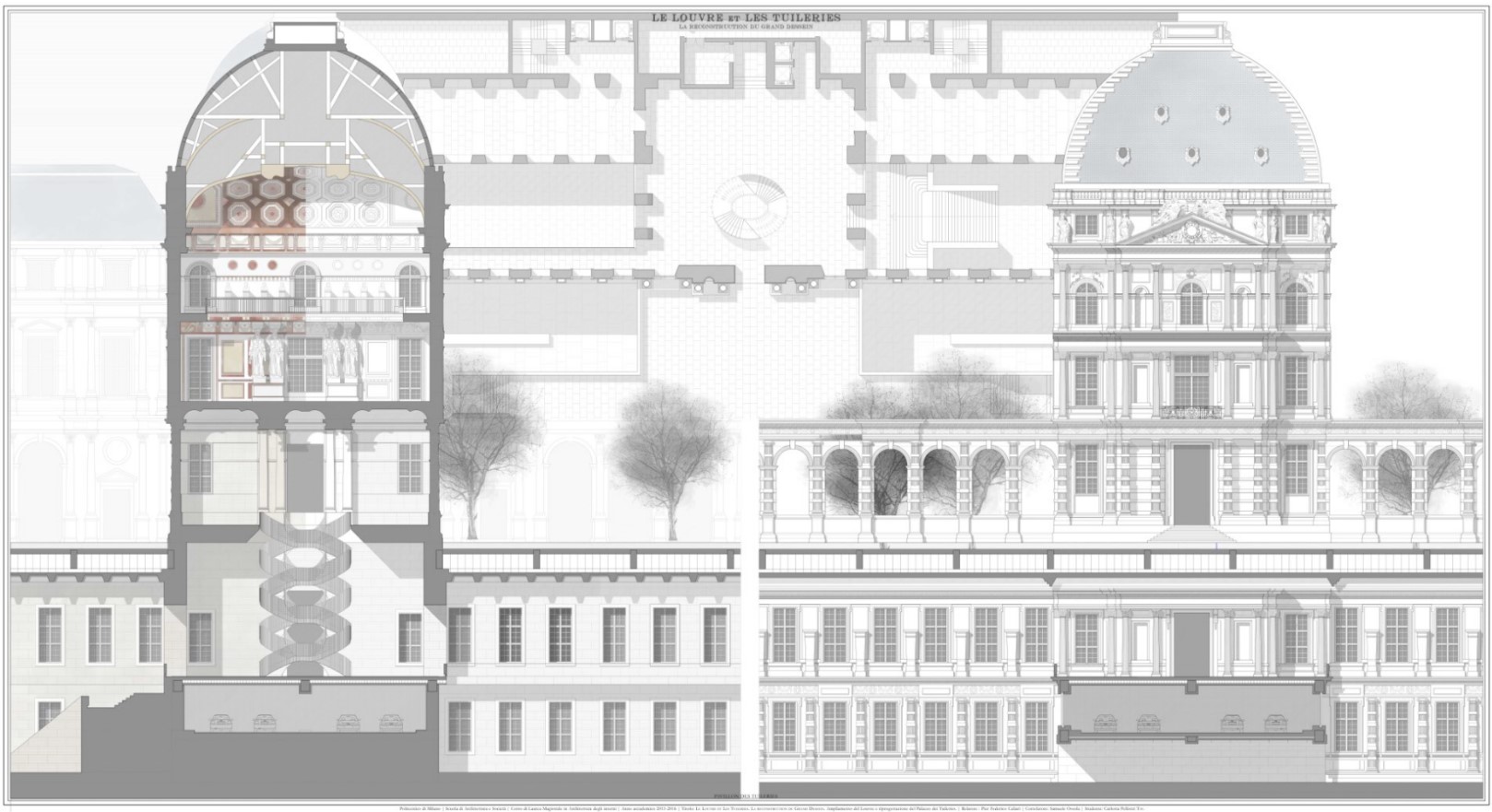 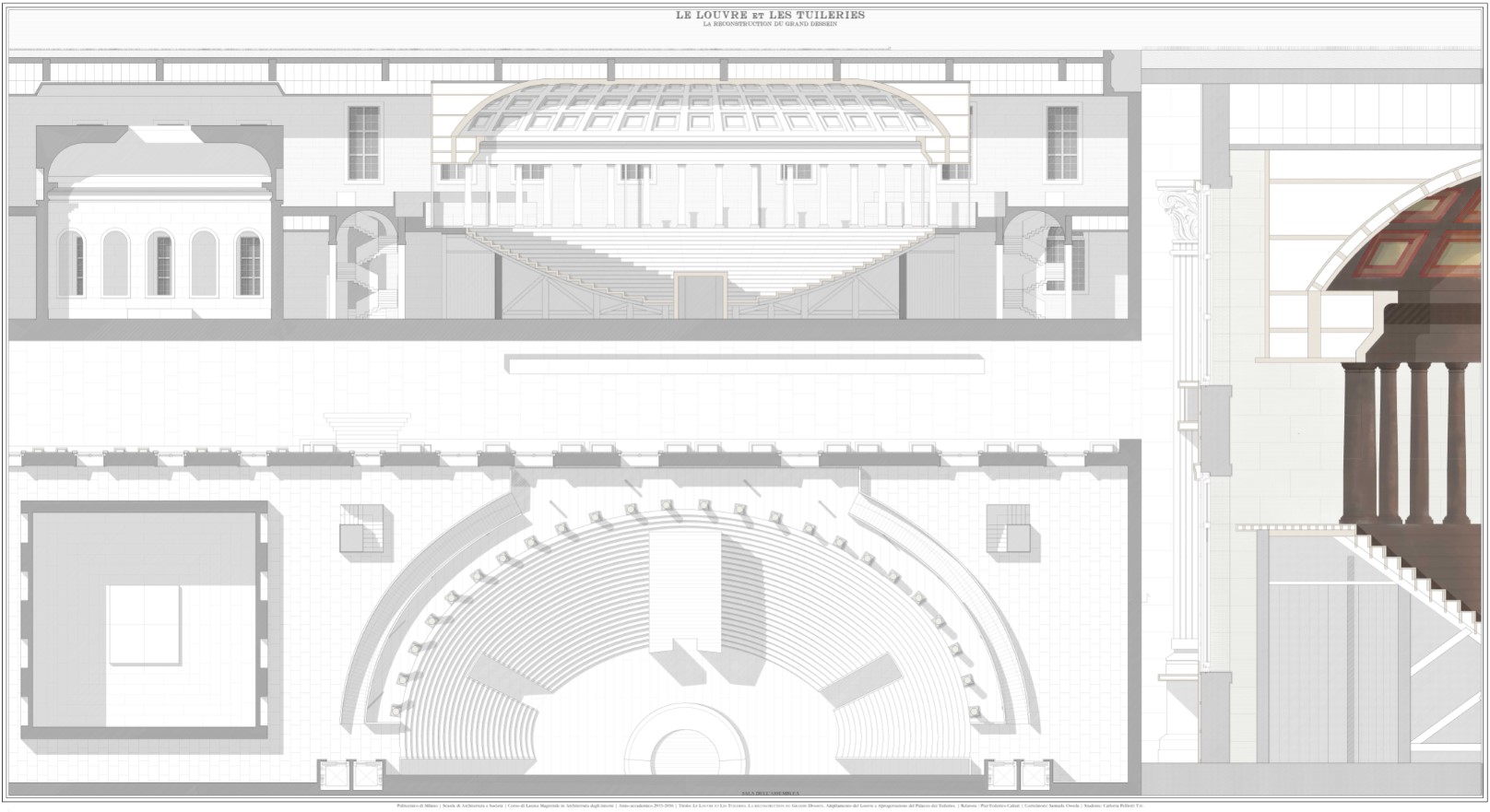 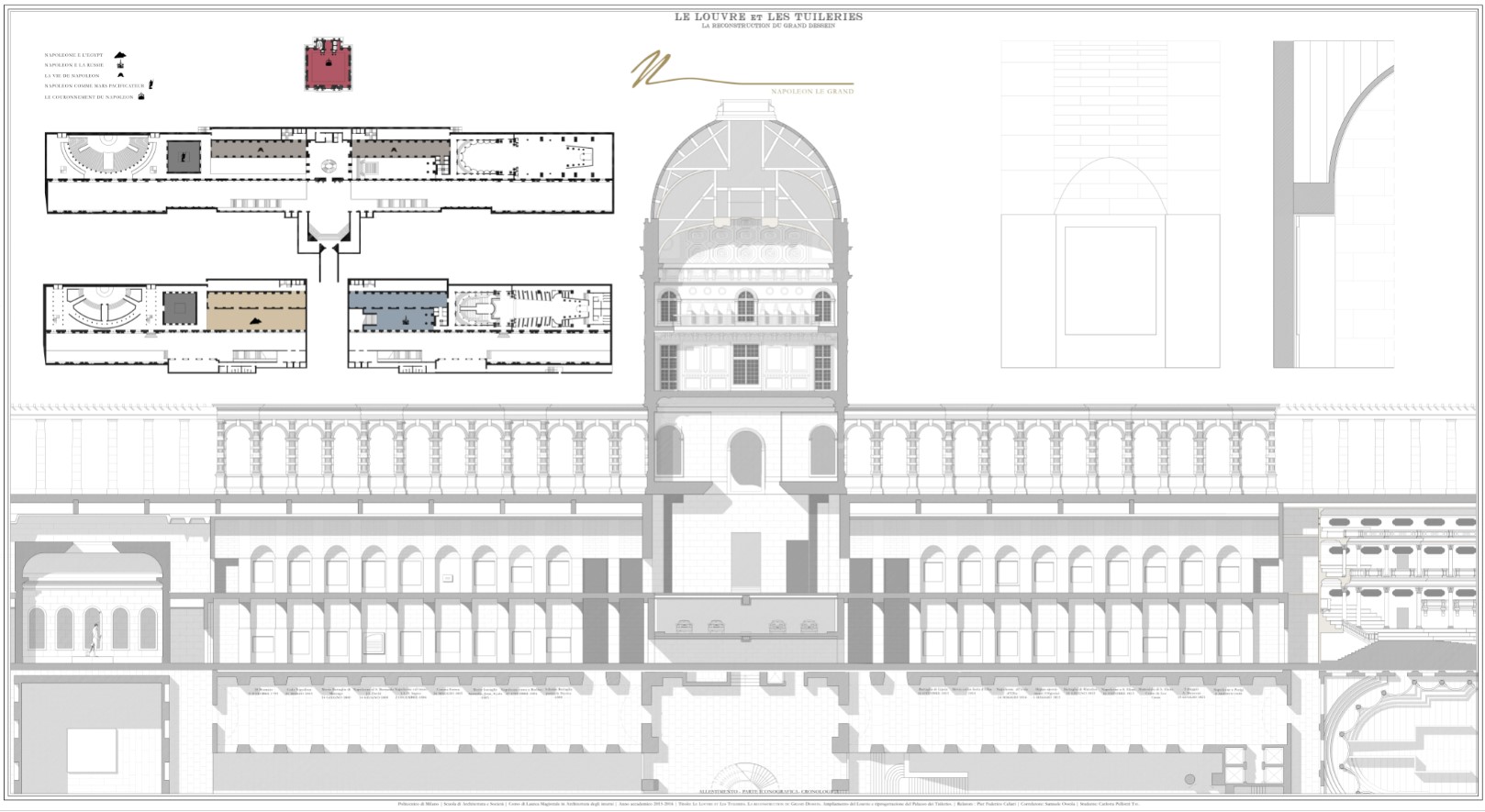 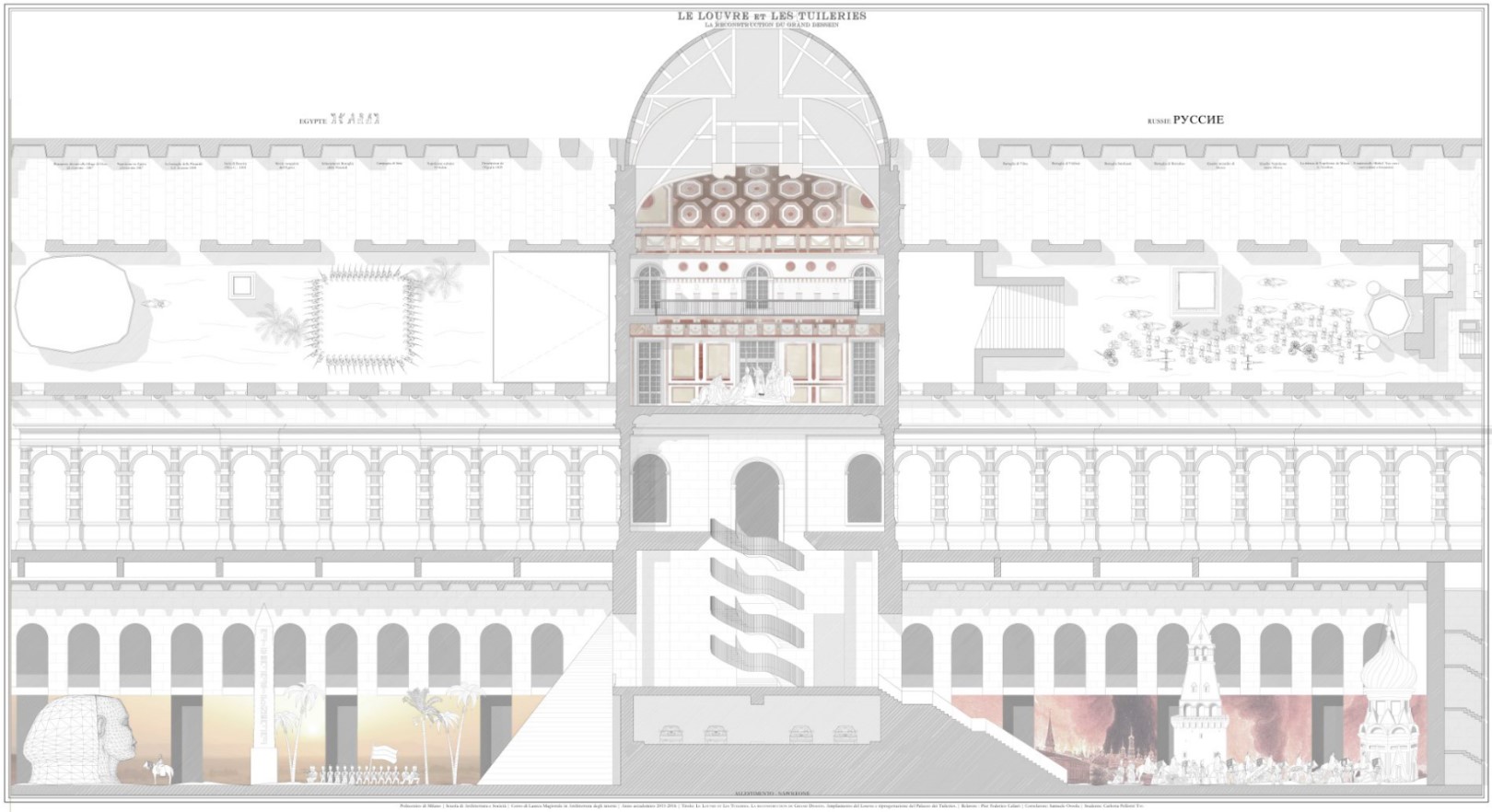 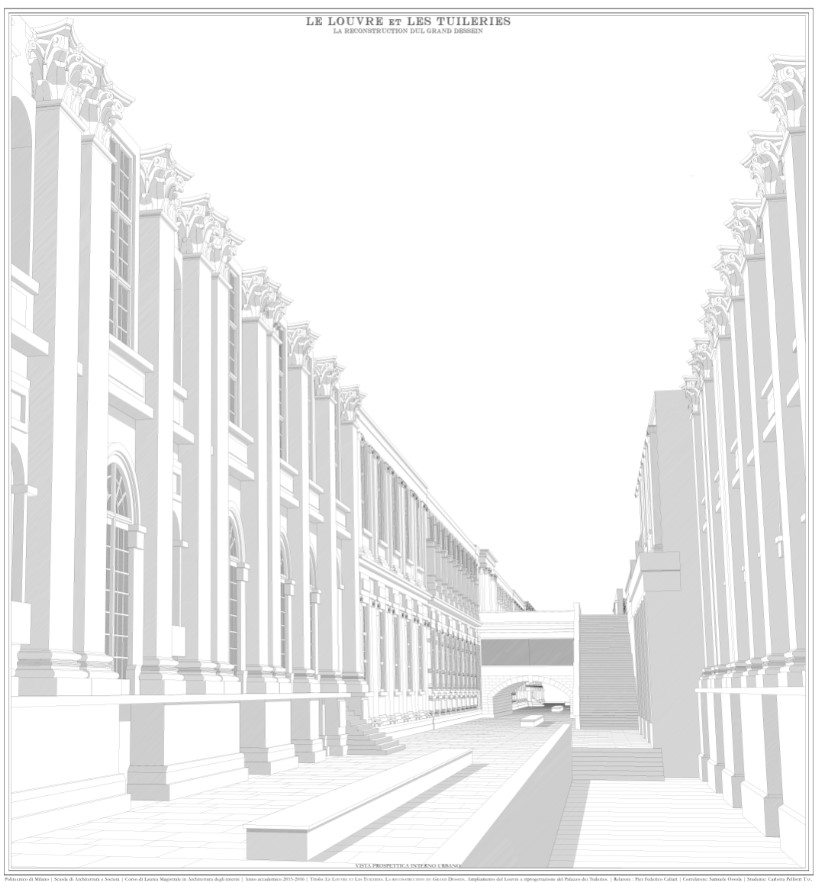