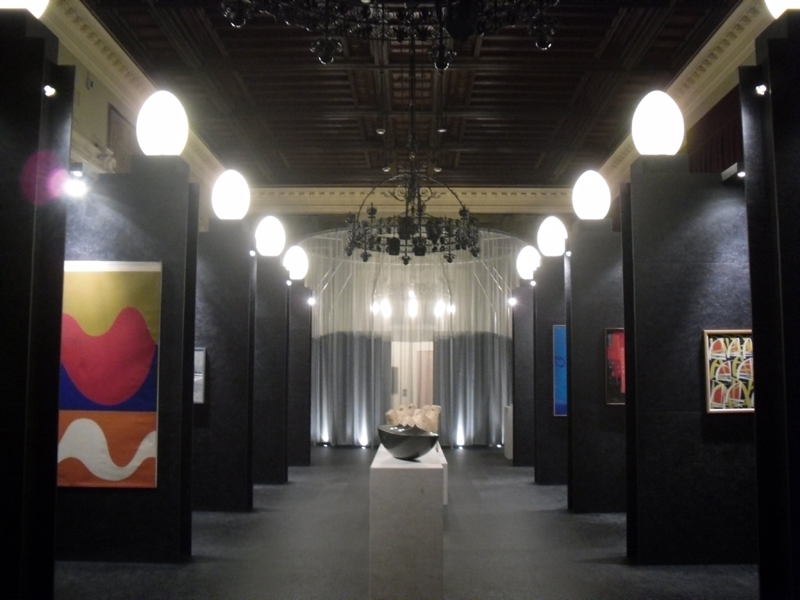 The exhibition Mediterranean Crossroads. Arab artists between Italy and the Mediterranean, set up inside the Palace of the Italian Parliament, it was a certainly very significant, not only for the prestigious location, but also for the artistic theme, very niche and at the same time characterized by a geographically enlarged collection.
The patrons were the Presidency of the Chamber of Deputies and the Ministry of Foreign Affairs. The curator Martina Corgnati, expert on modern and contemporary artistic creativity in the Arab-Mediterranean world, had selected a large number of works, thirty-two, result of work of artists both Arabs and Italians who have lived and worked in the countries of the Maghreb and Mashreq. These are artists of different generations: some are pioneers of modernist pictorial research in their countries, as Aref Rayess or Hussein Madi in Lebanon, Mohammed Melehi in Morocco; others are contemporary masters, still fully active.
Due the size of the exhibition space, the Hall of the Queen, the main problem was to create an adequate exhibition space to show the entire collection. It was thought then a basilica plan, based on a main central perspective with focus on a tholos with a central plan, which distributed a series of comb-exhibition spaces.
The tholos was built outside with a circular semi-transparent velarium and inside with a continuous panel enclosed in a pentagon.
During allestitive simulations in the carpentry workshop we have realized that the architectural lighting was inadequate due the vertical surfaces in OSB stained black, and punctual illuminance on the works. So we bought a set of lamps similar to large light eggs that were positioned above each transverse display panel, in position facing the central passage. In addition to producing the necessary illumination, the lamps generated a unique visual effect, which positively intensified the central perspective effect, raising the tone
of perception. 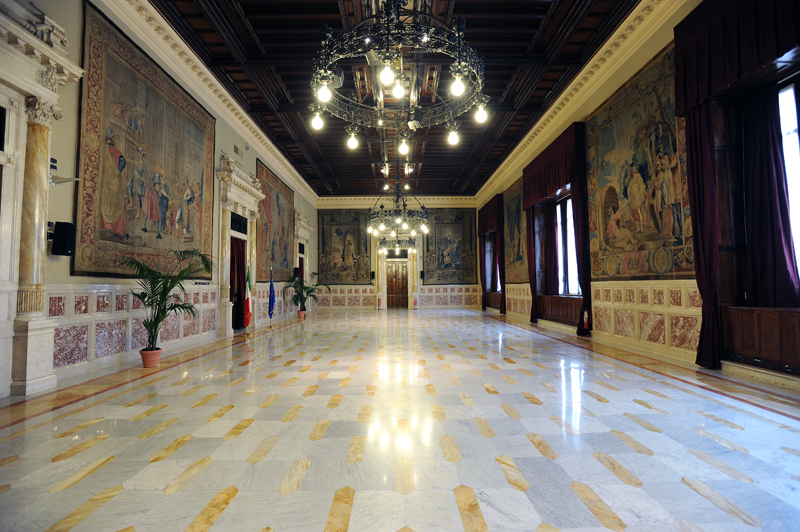 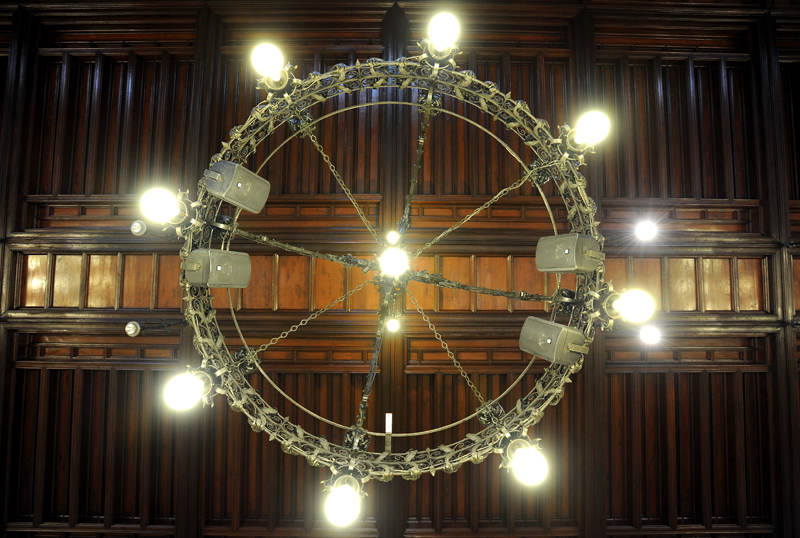 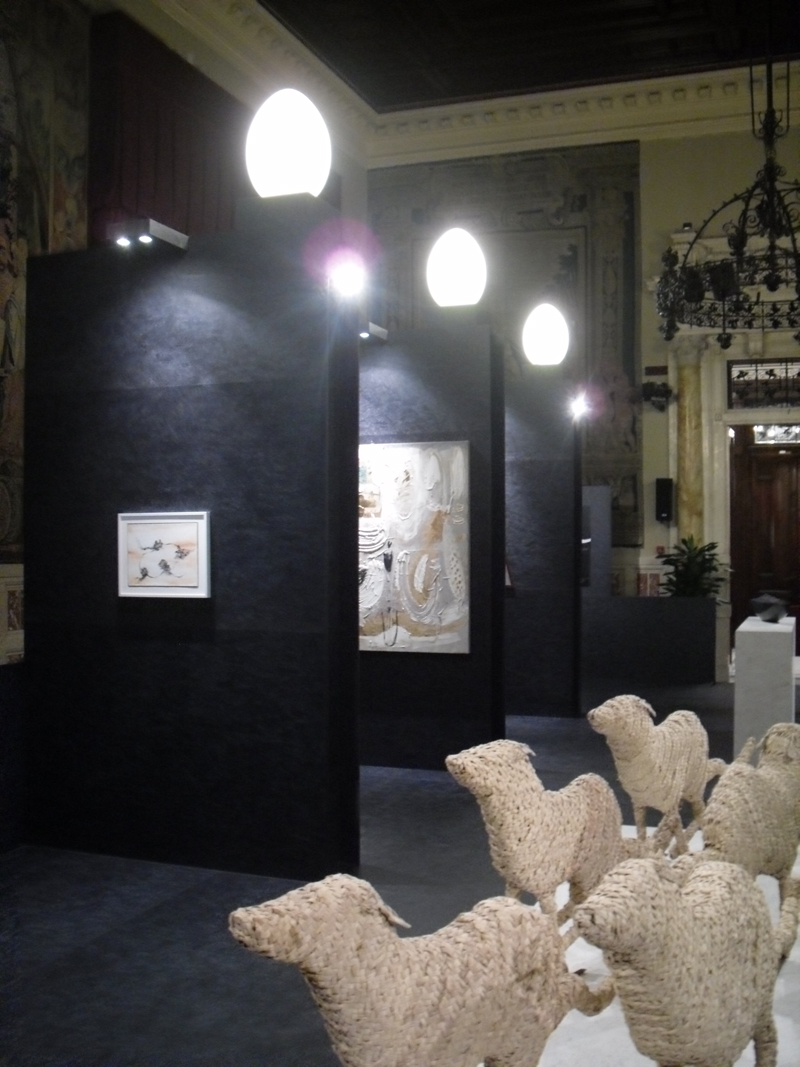 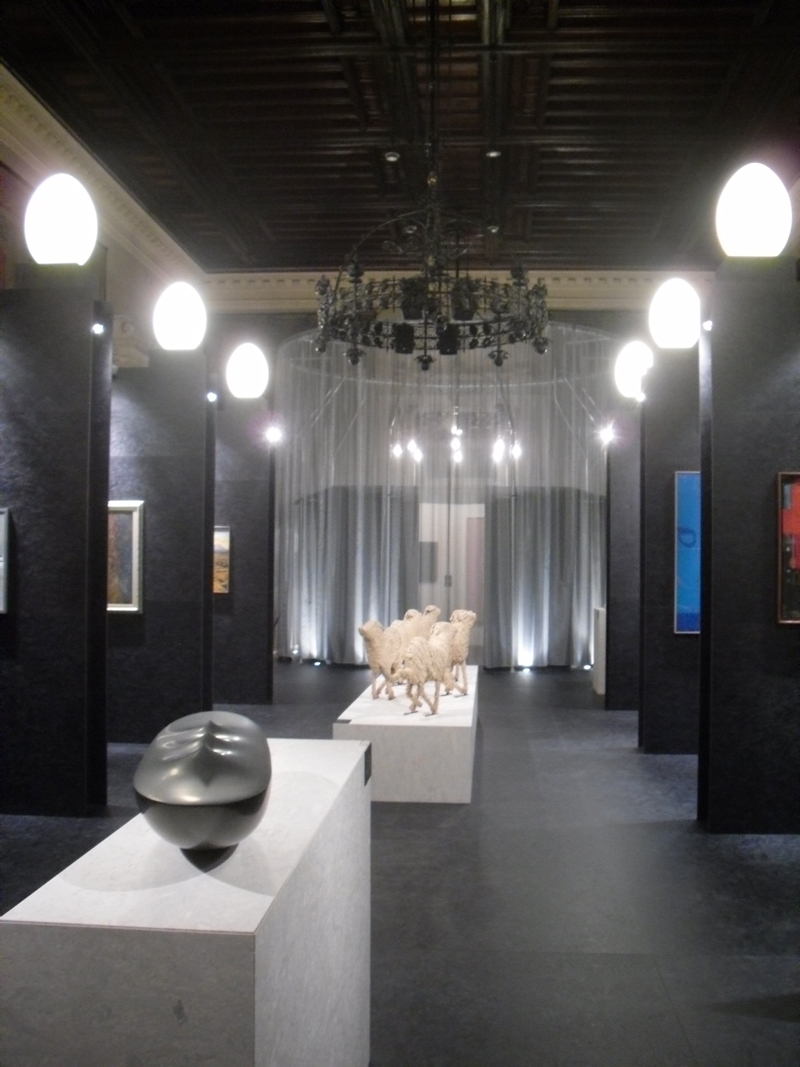 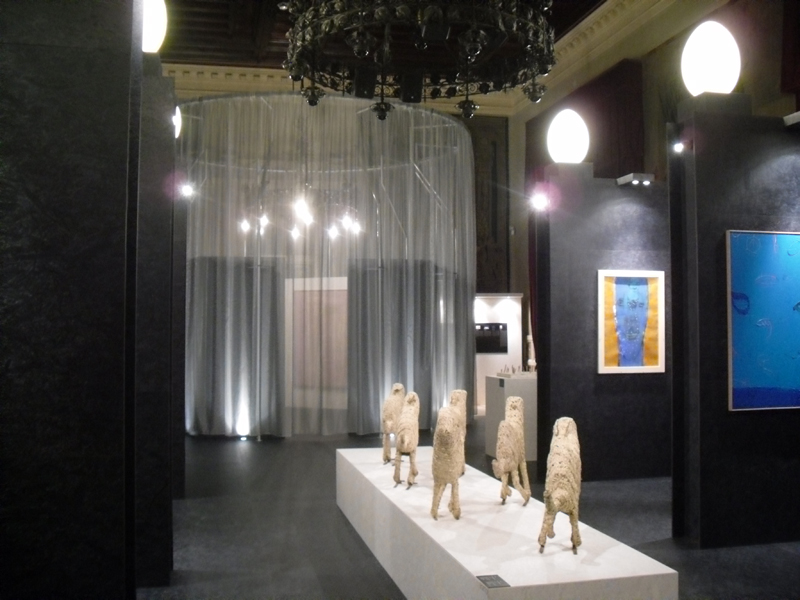 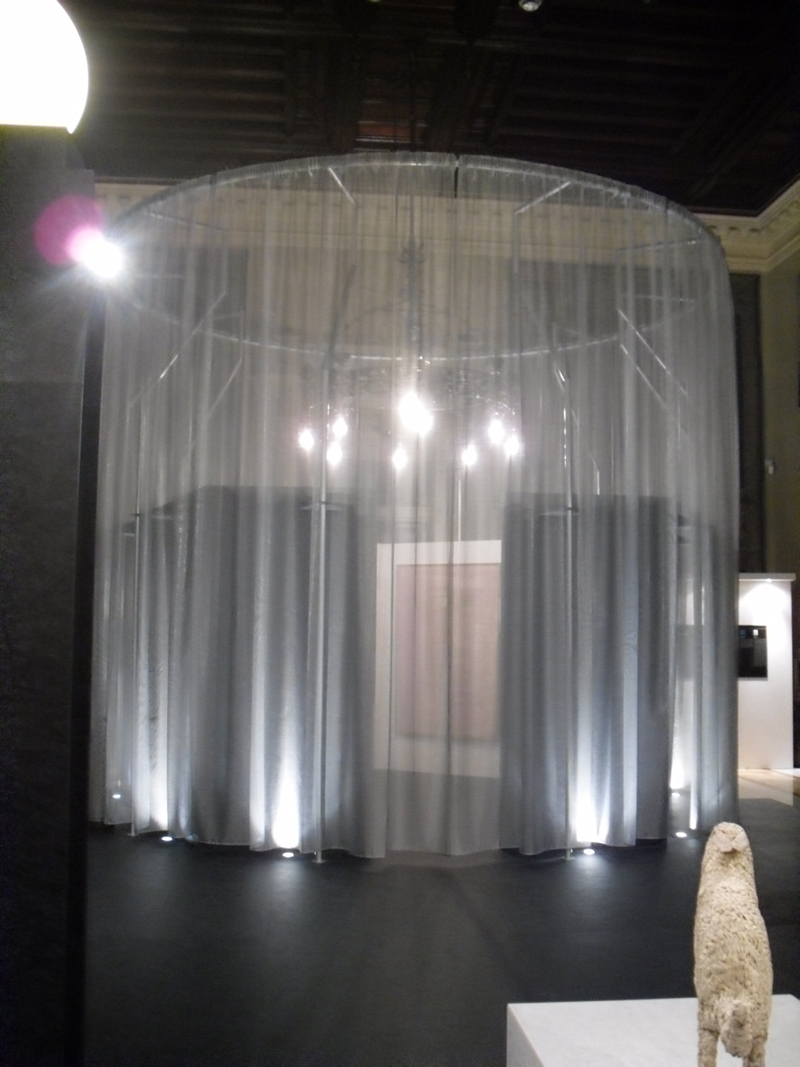 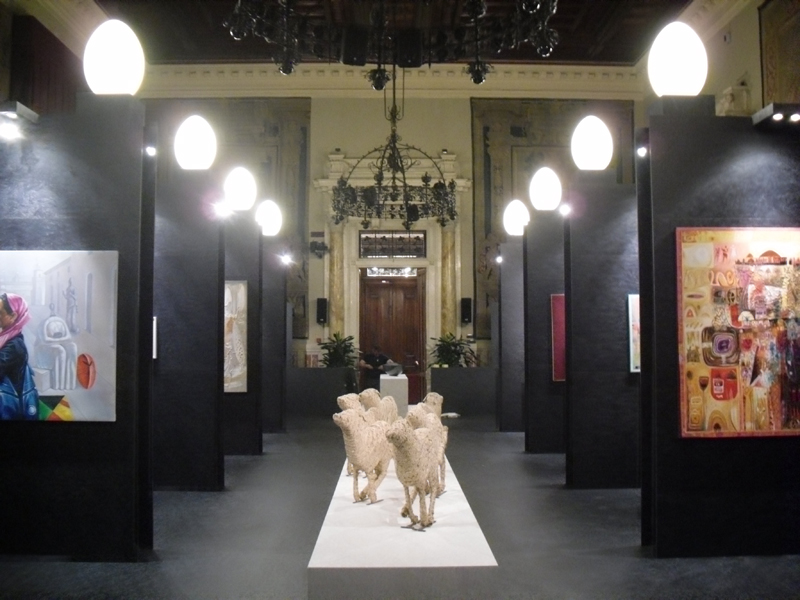 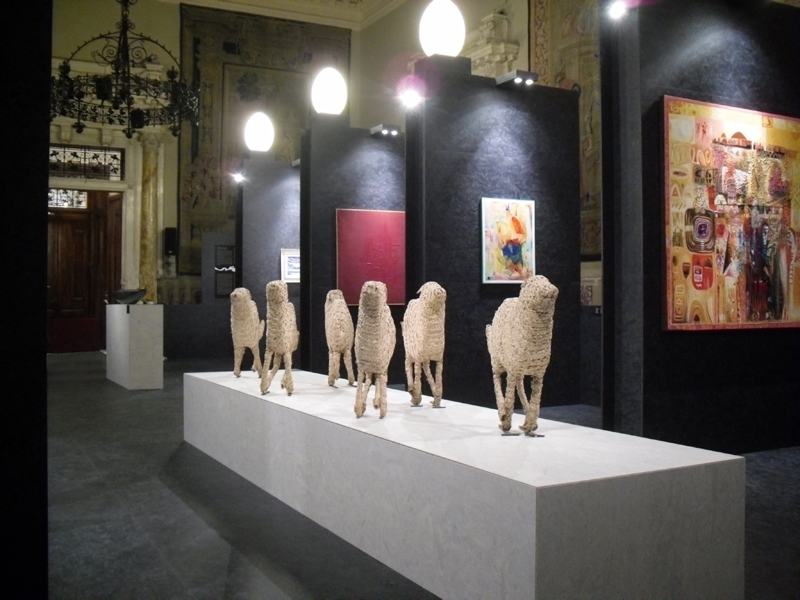 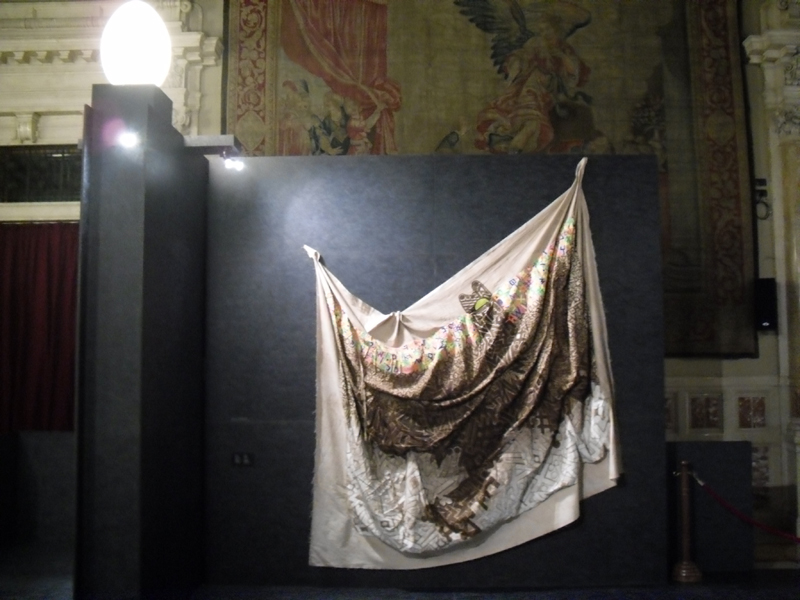 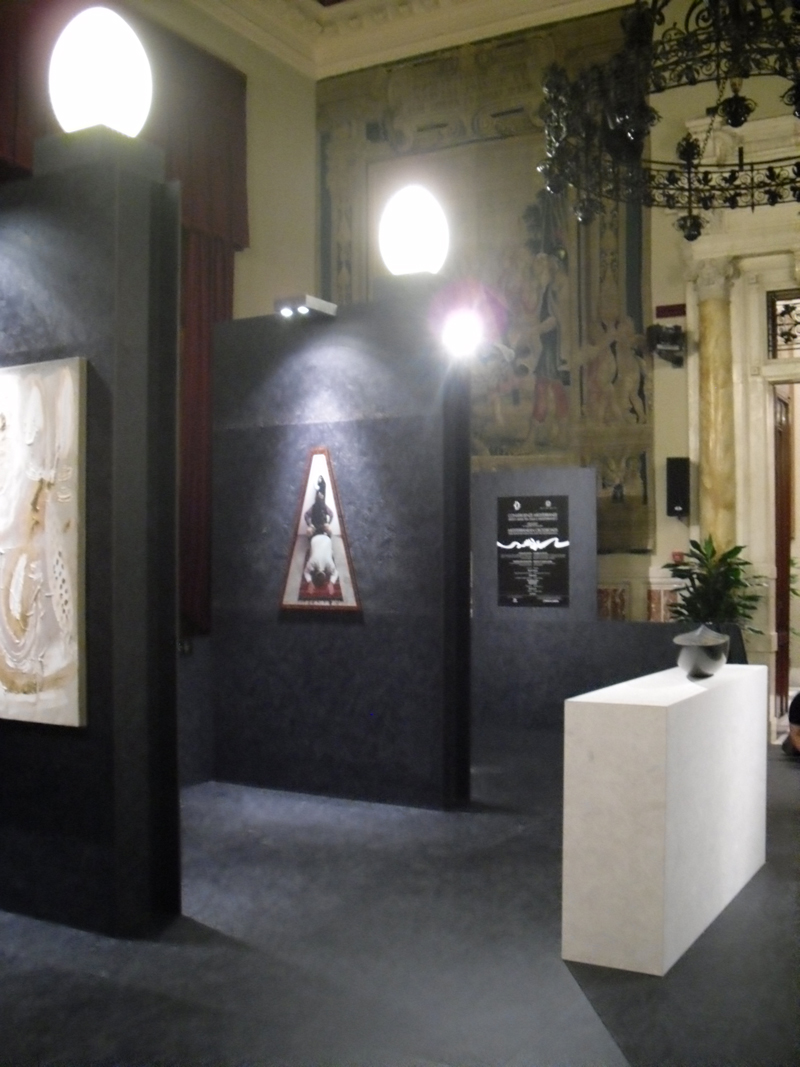 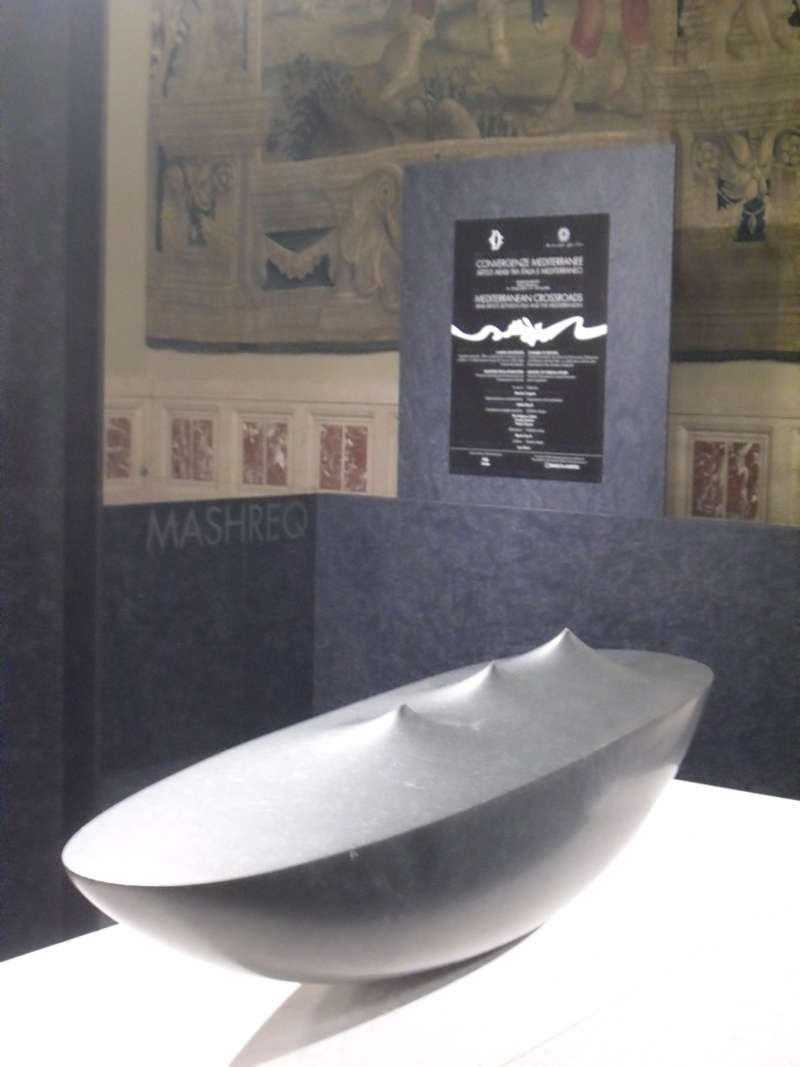