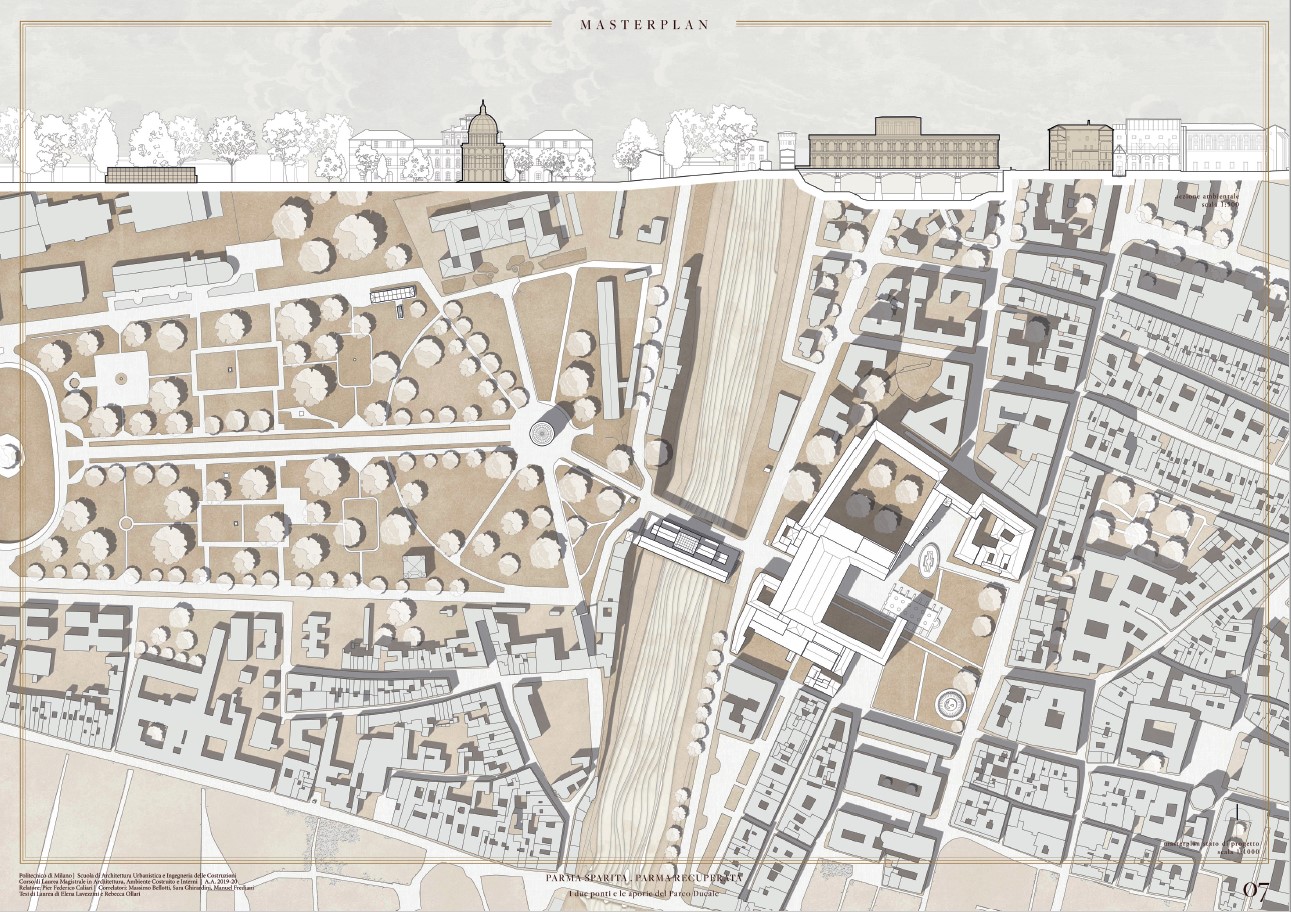 Ponte Verdi is located within the area between the Parco Ducale and the Pilotta
Palace, one of the richest in history and culture of the city of Parma.
By facing two vast green areas such as the Parco Ducale and the Piazzale della
Pace, Ponte Verdi is a key connection between two significant fragments of the
city.
The thesis begins with an in-depth historical analysis that first examines the entire city, its history and development throughout the centuries, and then it
focuses on the area in question.
Regarding this last point, it was tried to highlight its deep transformations as well
as its relationships with the surrounding area, in particular with the Giardino
Ducale and the Pilotta Palace.
Many examples of bridge architectures were examined, in particular, the inhabited
bridge type, studying its historical developments and the various proposals
emerged over time in different geographical areas.
The planning aim is to provide the city with a solution which could enable the
connection of these two fragments of the city through a symbolic architectonical
element: the bridge.
Given the will to highlight the historical memory of this precise place, it was
decided to develop a plan which could provide the reasoned reconstruction of
the ancient Ponte Verde through the design of a real inhabited bridge, able to
interact with the nearby Ponte Verdi which replaced it in the last century.
To recall the cultural history of Parma, the new Ponte Verde was designed as a
new museum space of the city and for the city: the exposition focuses on the topic
of the “vanished Parma”, with the aim of engaging the citizens in the changes
occurred over the years in the streets of their city.
The will to design a complex and coherent system led to a detailed study of the
Giardino Ducale areas, and to a consequent renovation and enrichment of some
earlier facilities to give them new vitality.
In the big étoile-shaped square was included a tholos structure dedicated to
contemporary exhibitions, whereas the facility of the earlier ducal greenhouse
was entirely reinvented.
The thesis is a system of three different architectonical renovation works,
connected by compositional principles which insist on the entire planning area,
designed to recall the cultural-historical memories of the city and to solve the
aporias of some areas of the Parco Ducale. 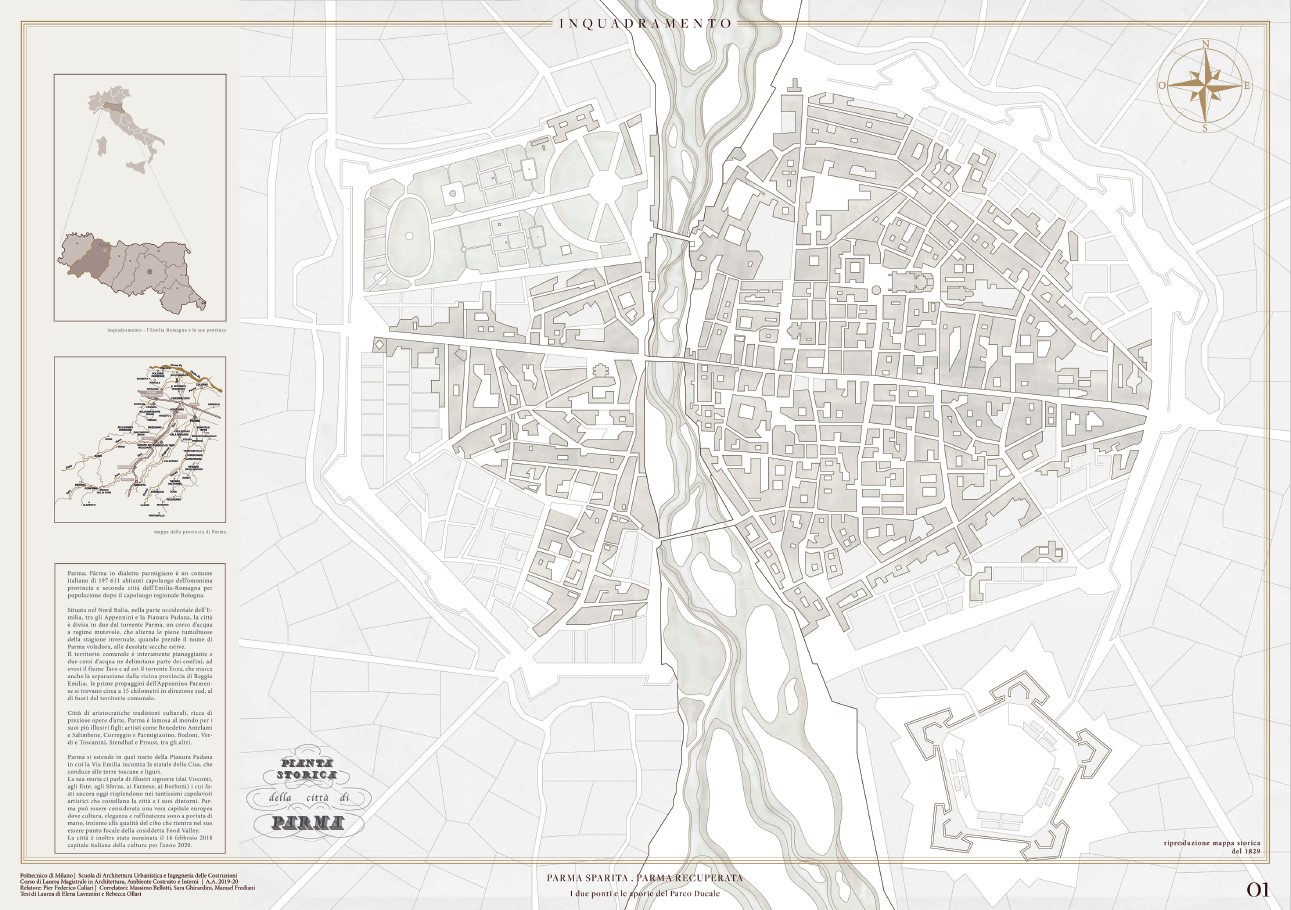 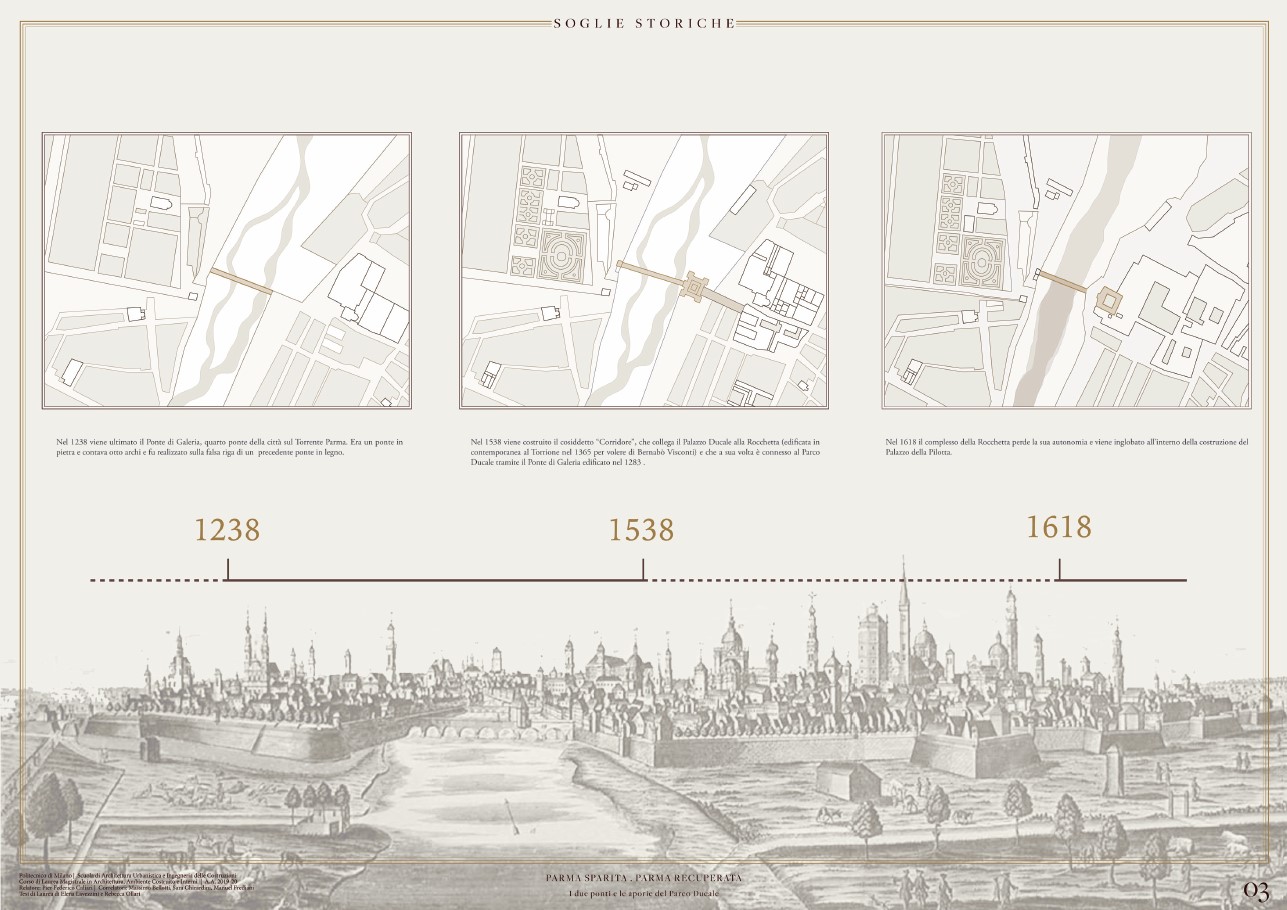 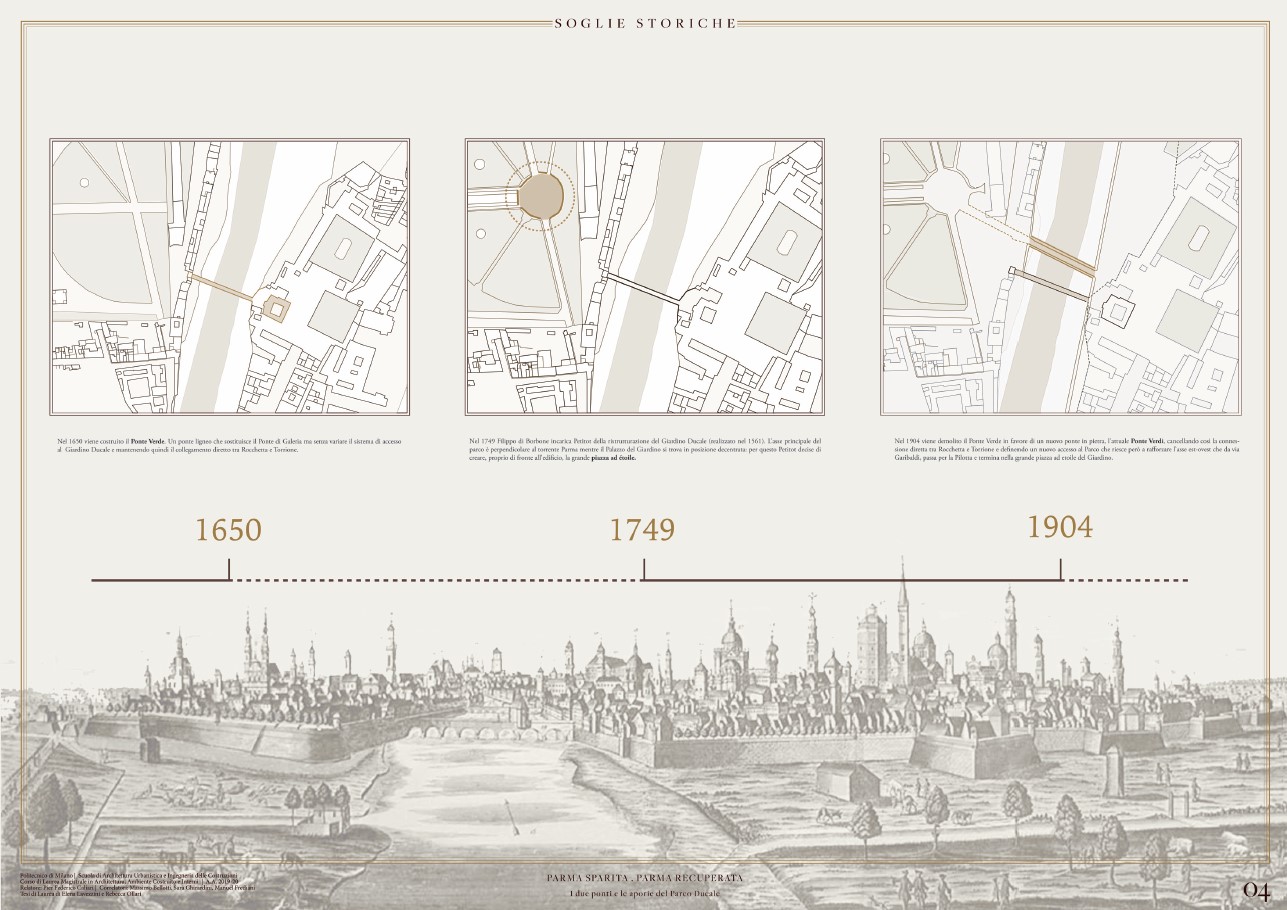 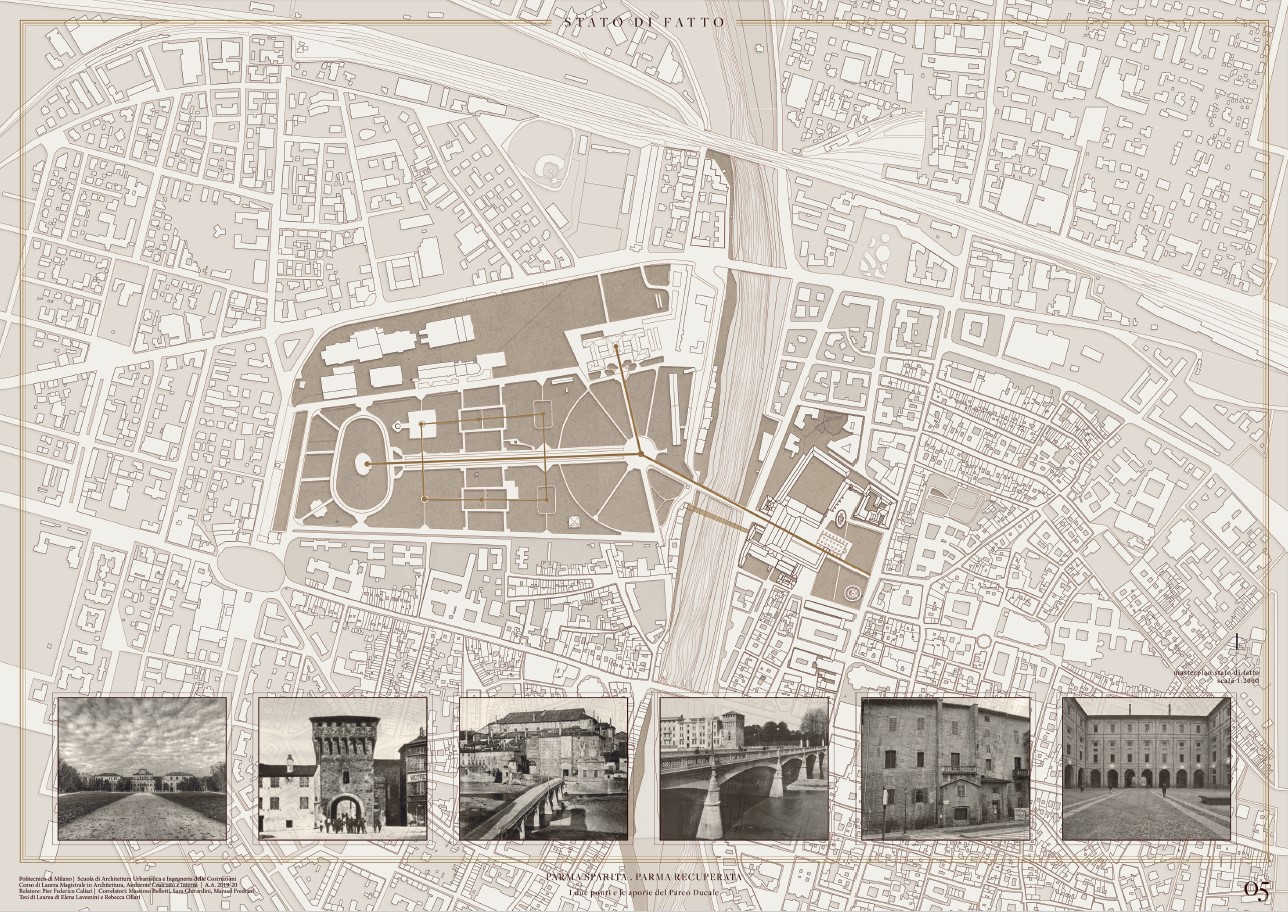 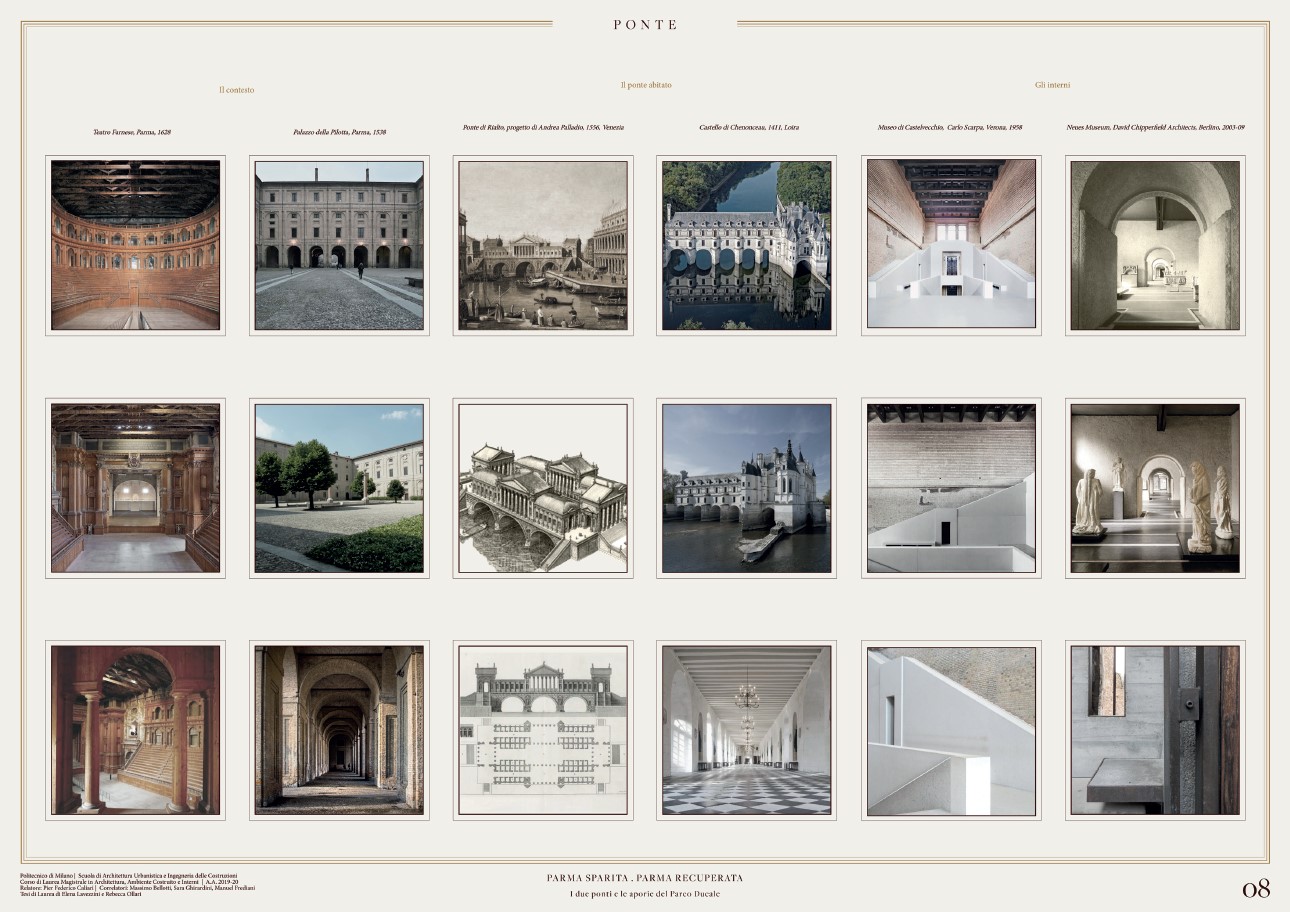 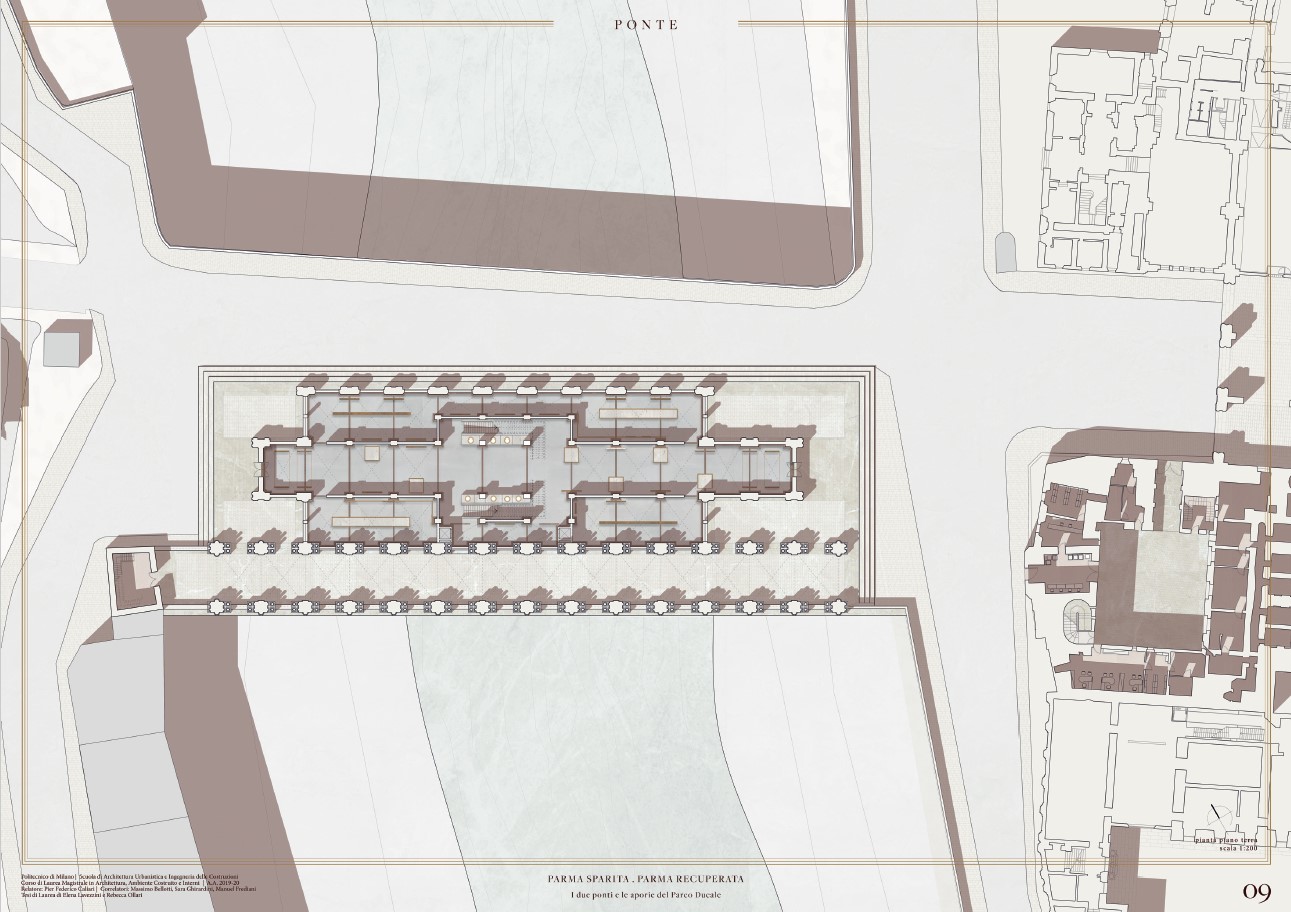 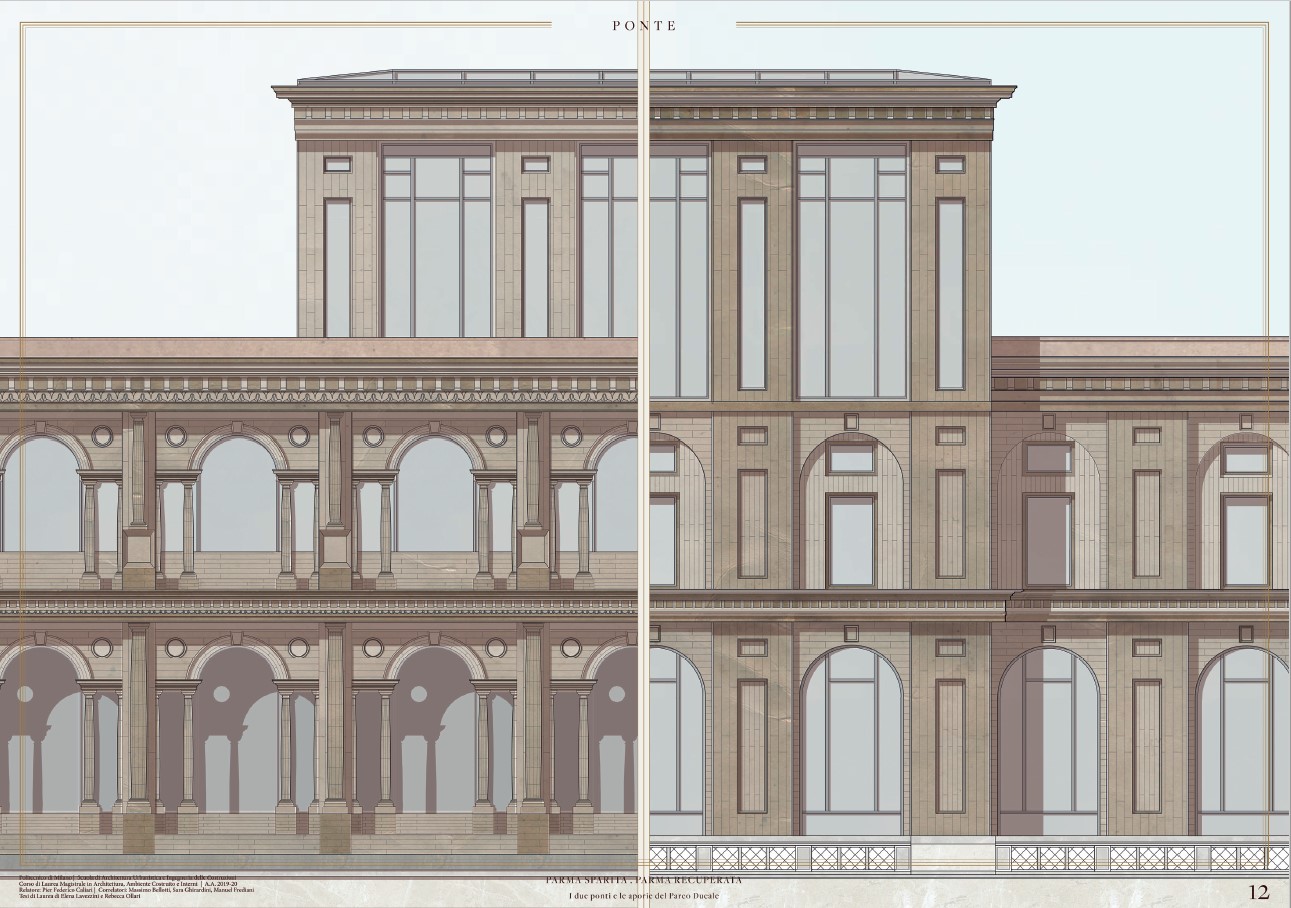 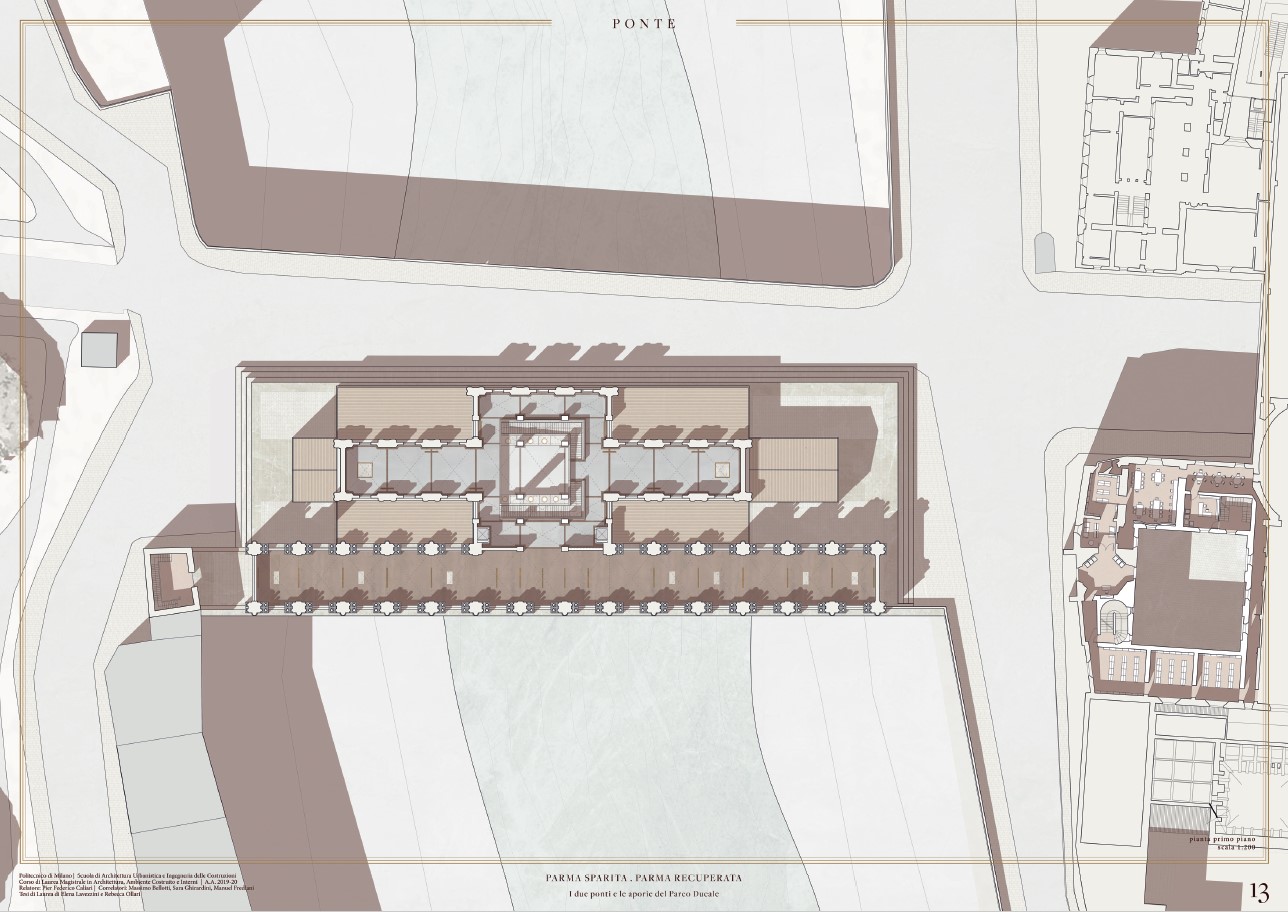 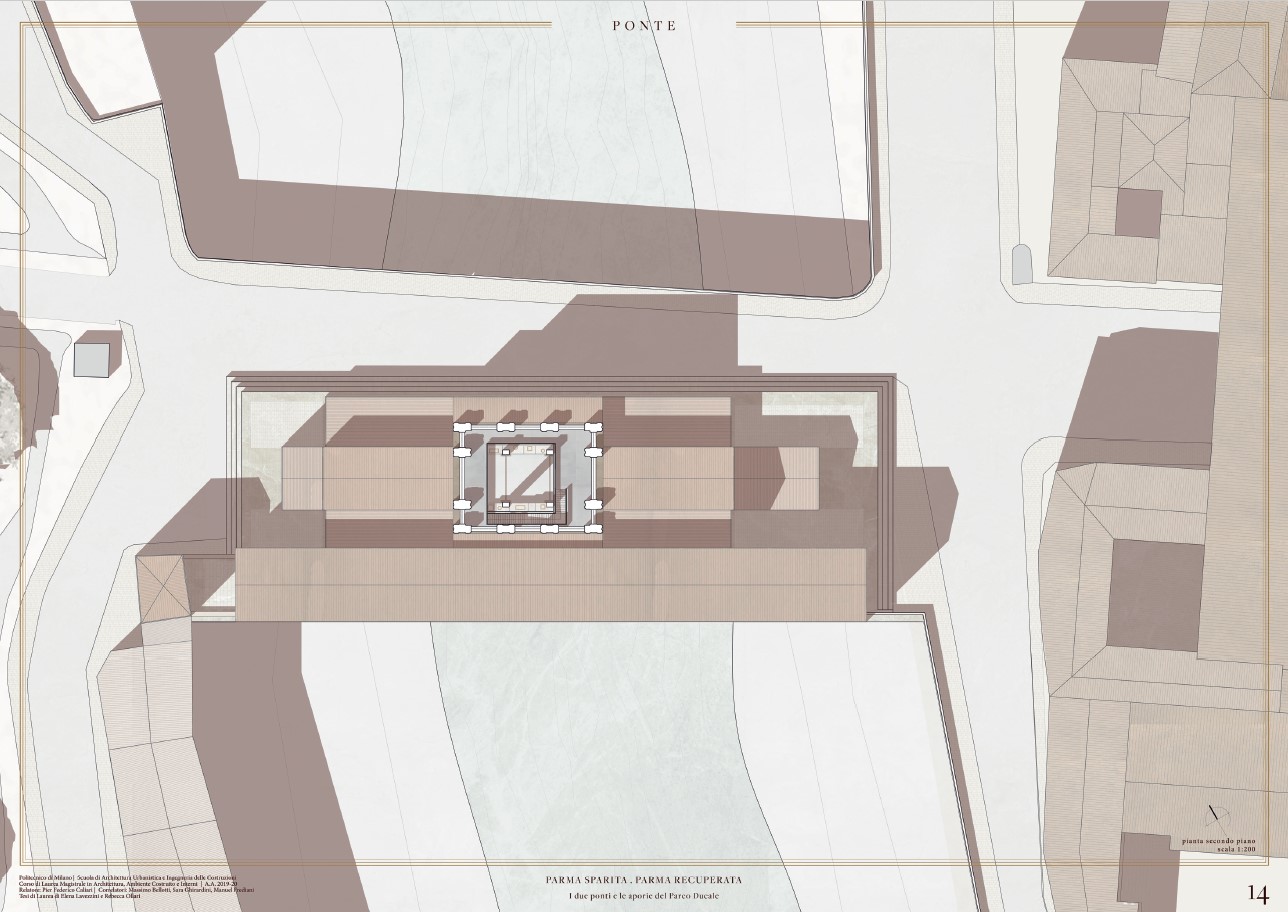 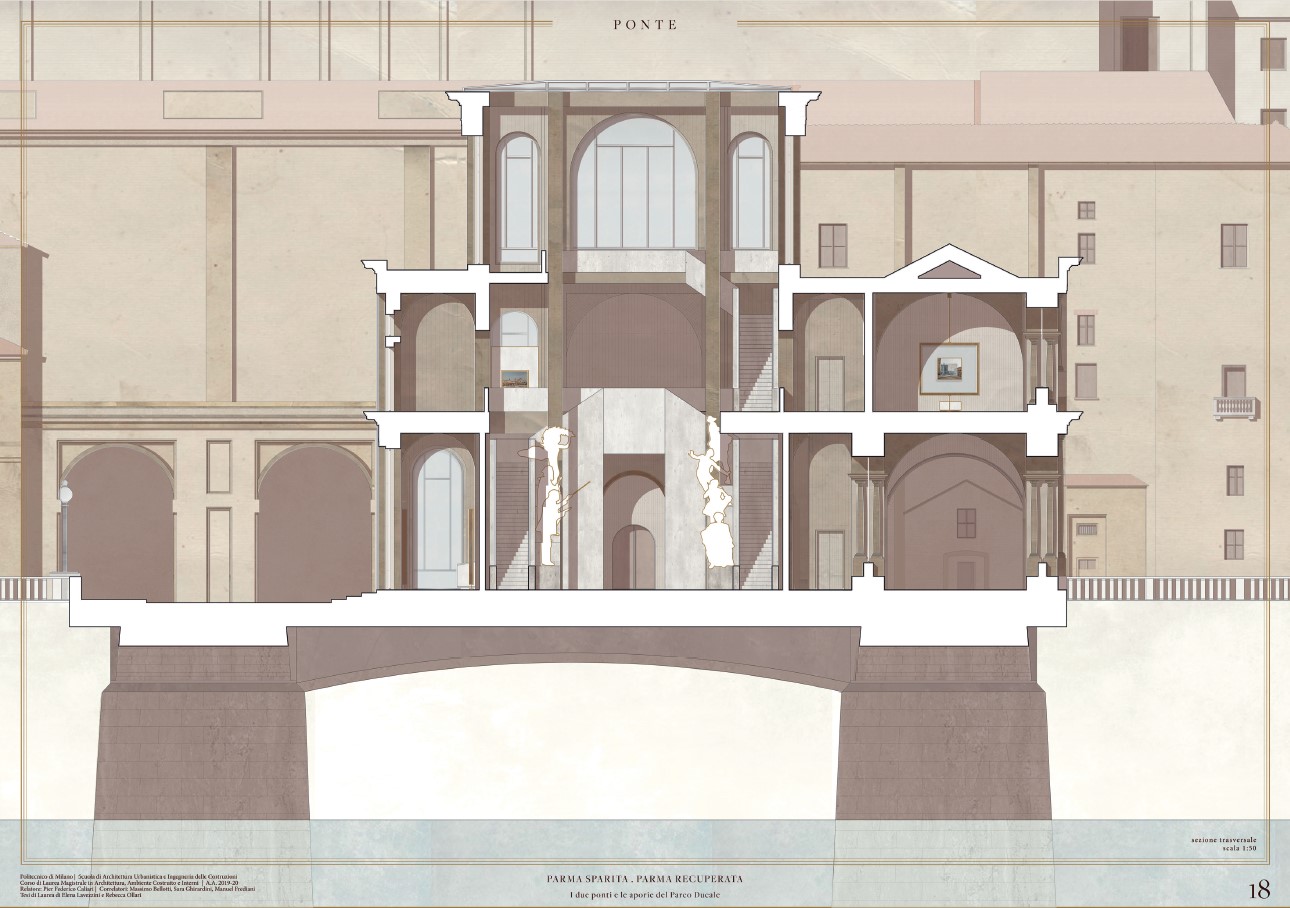 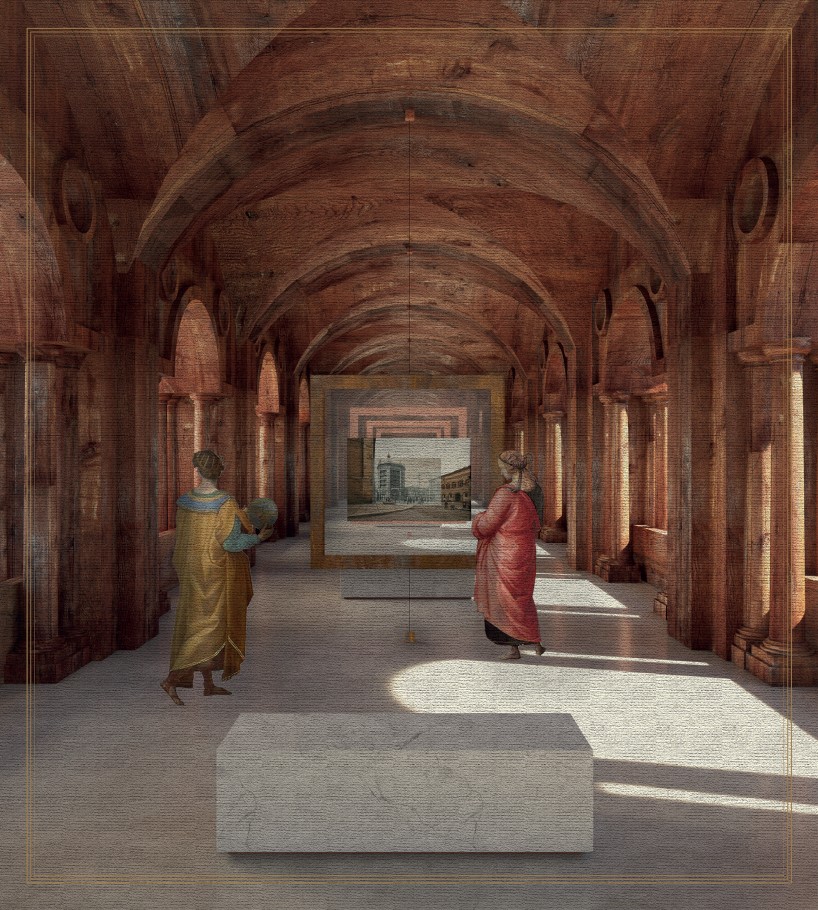 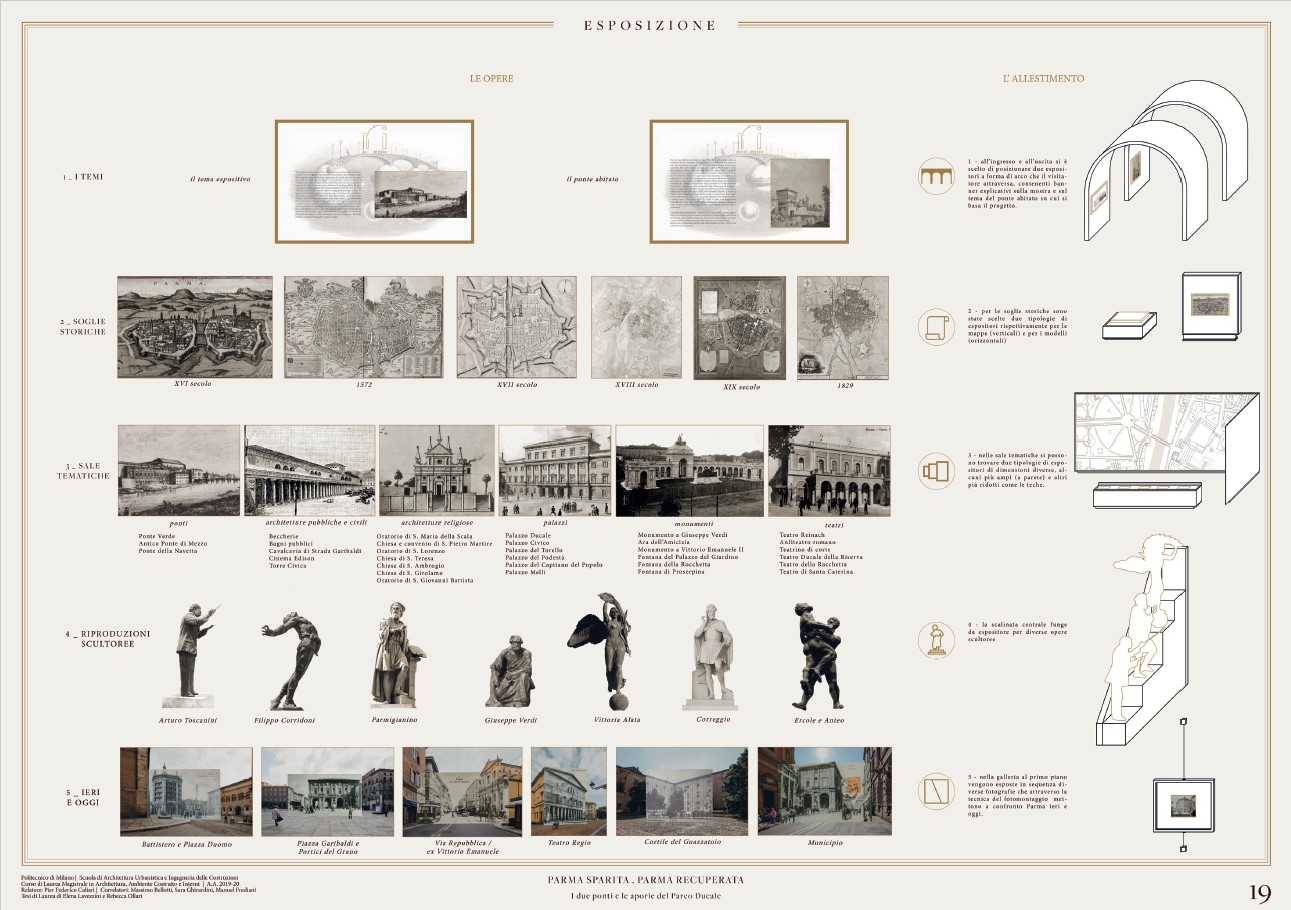 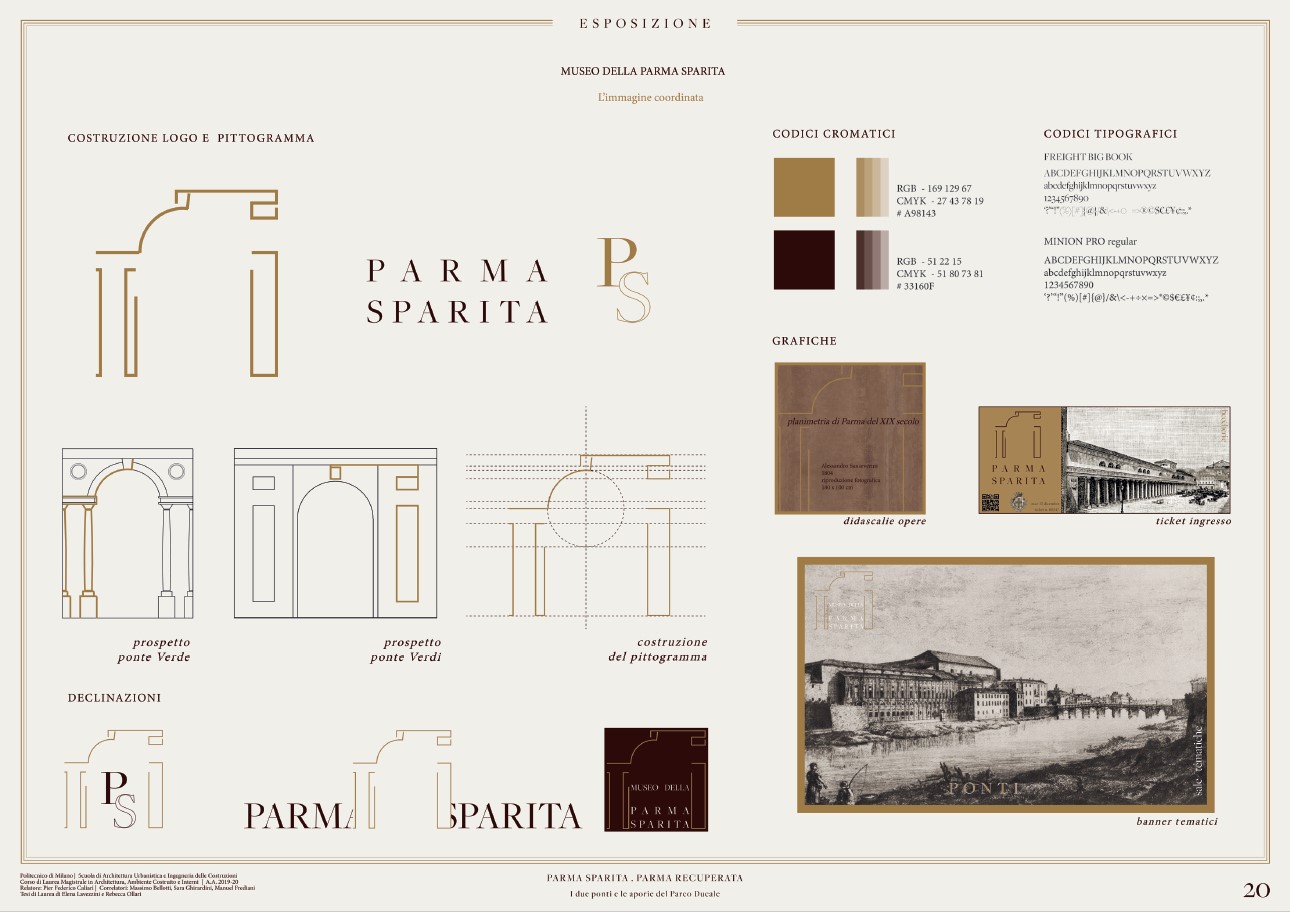 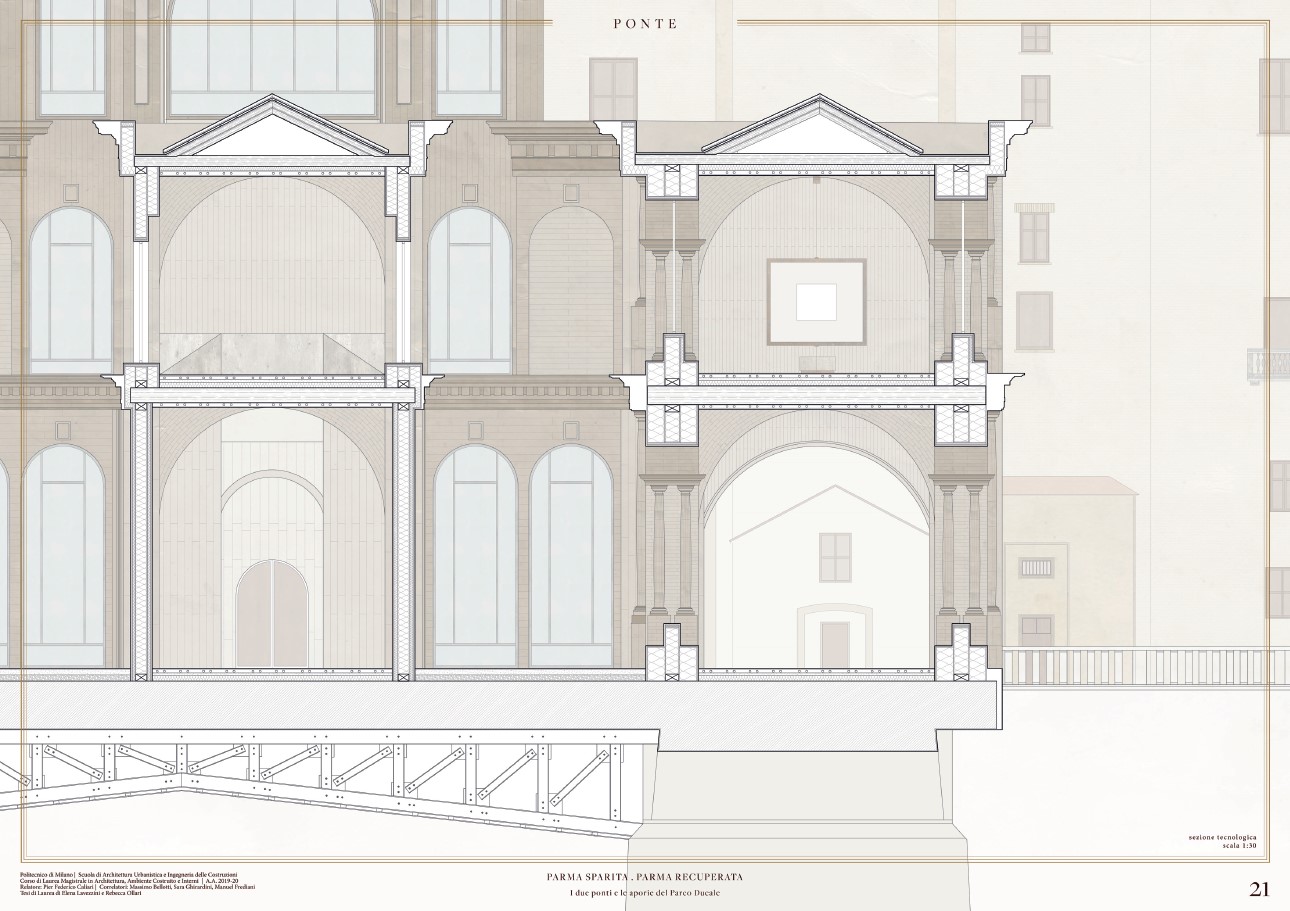 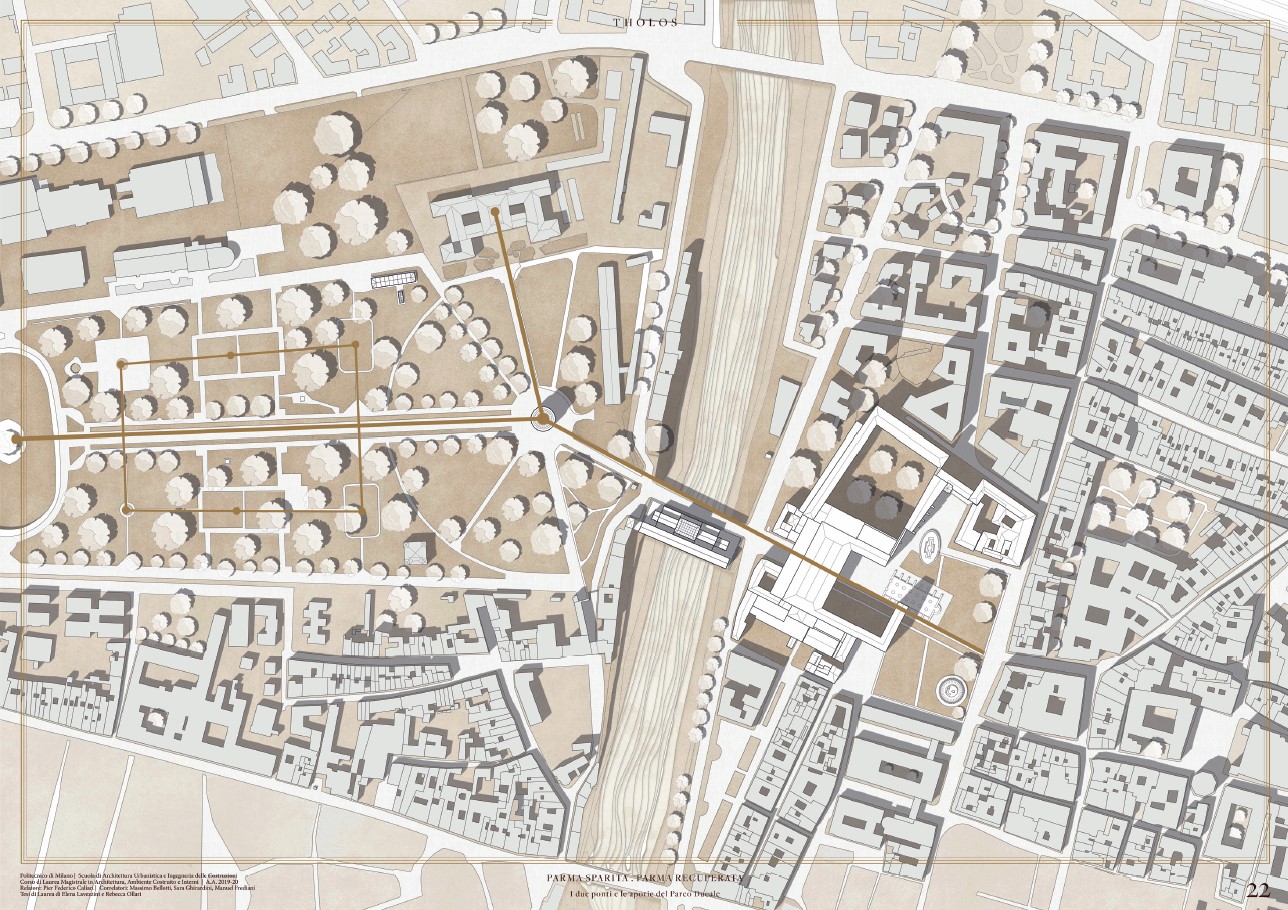 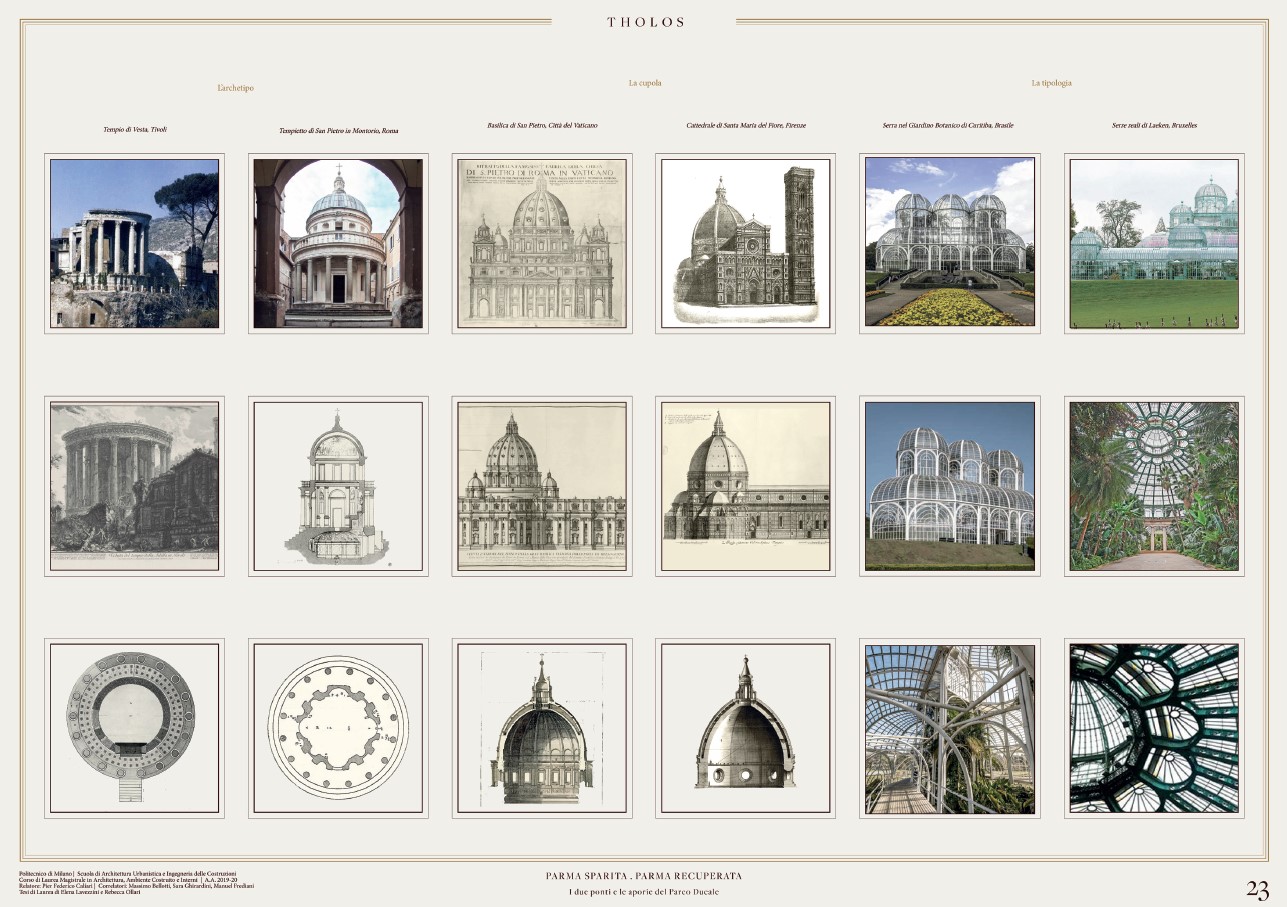 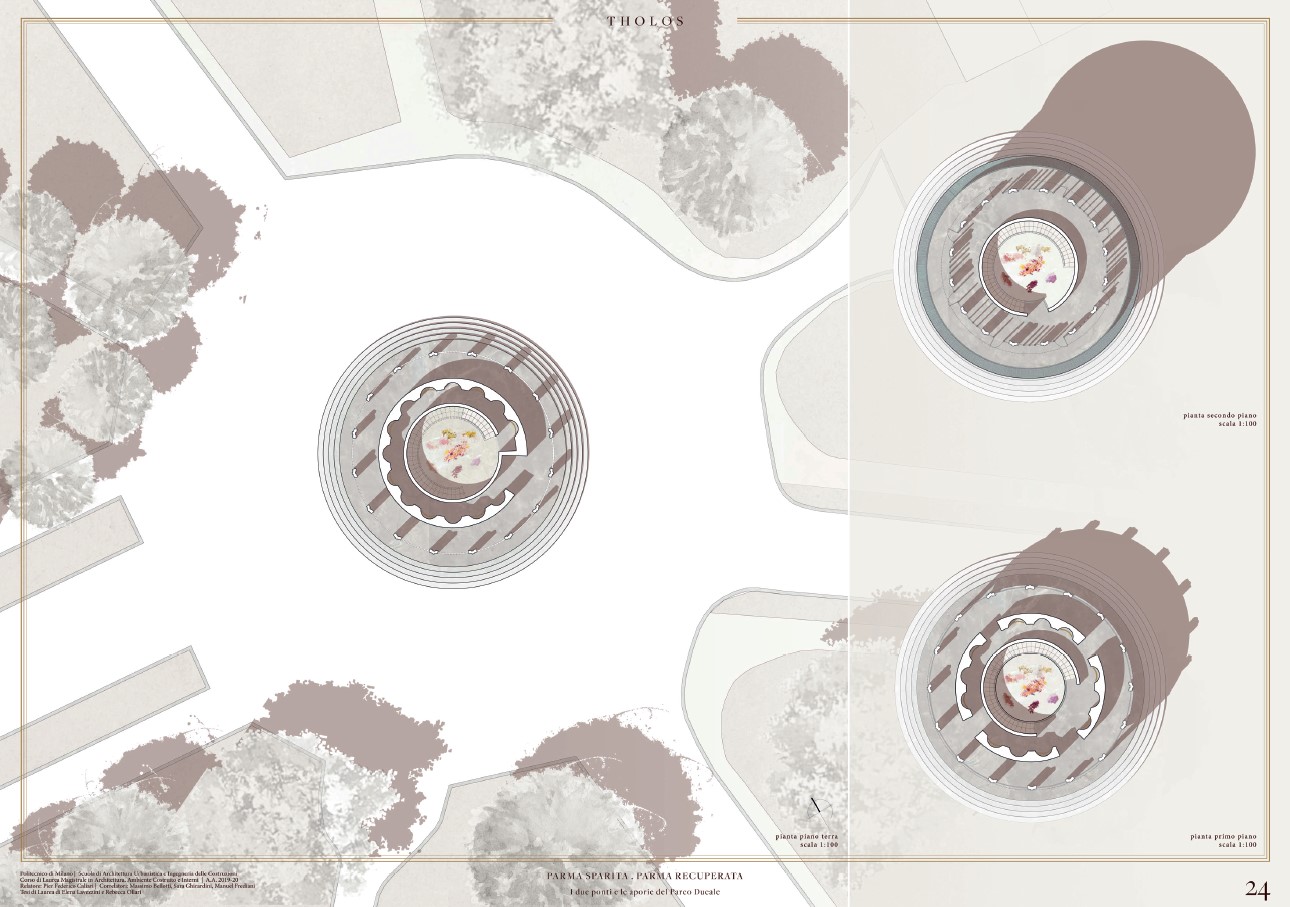 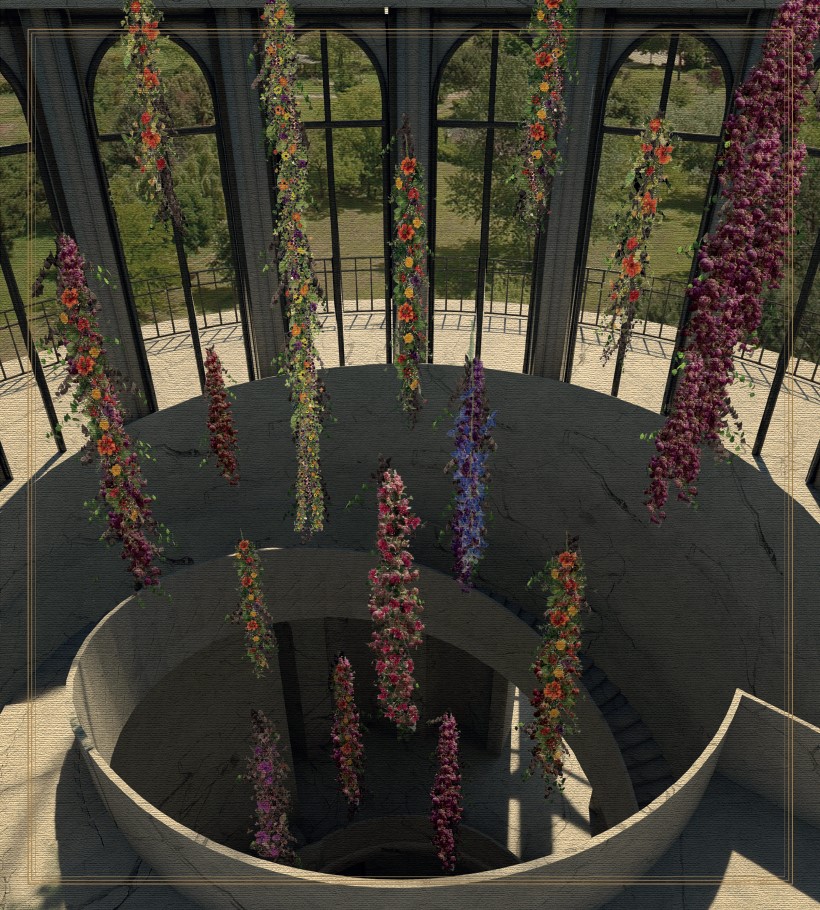 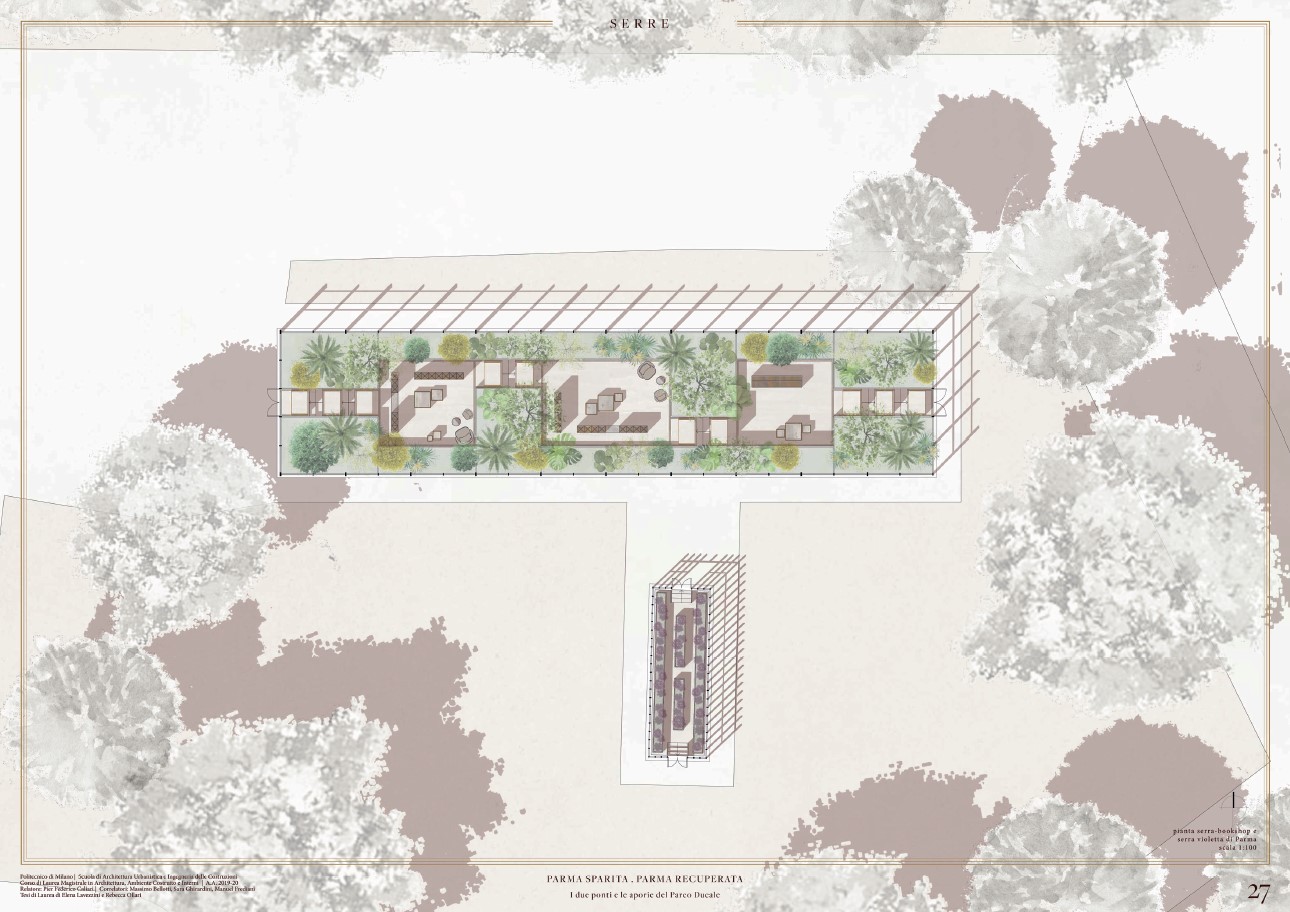 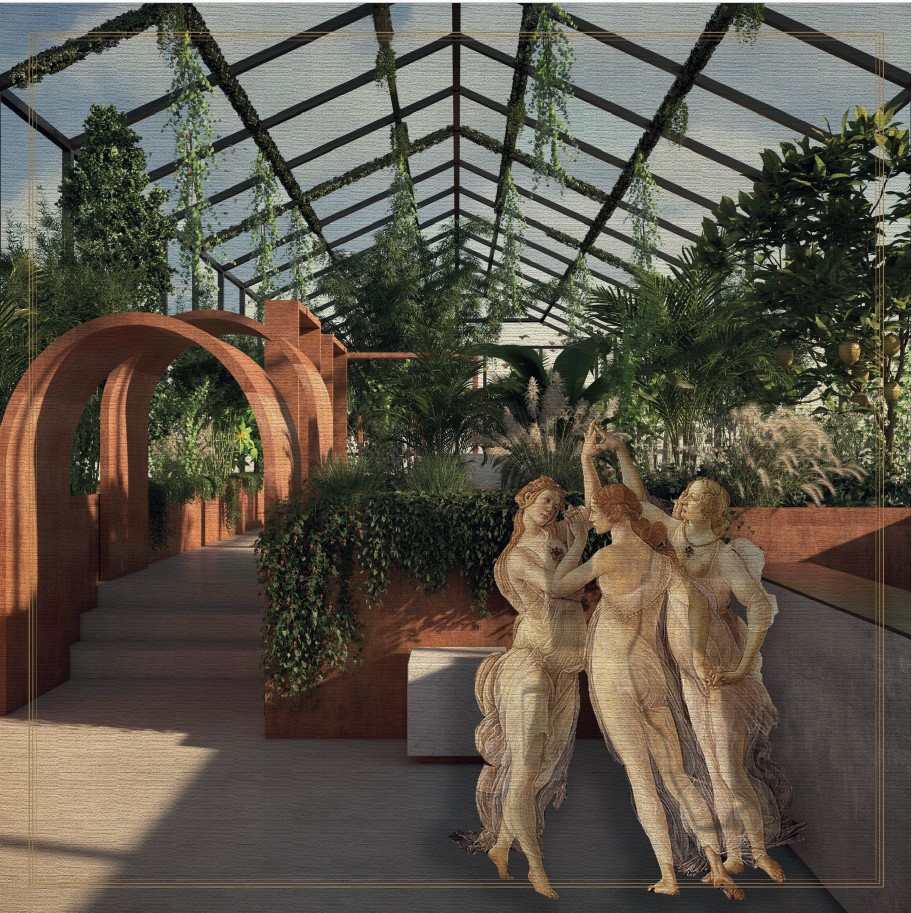