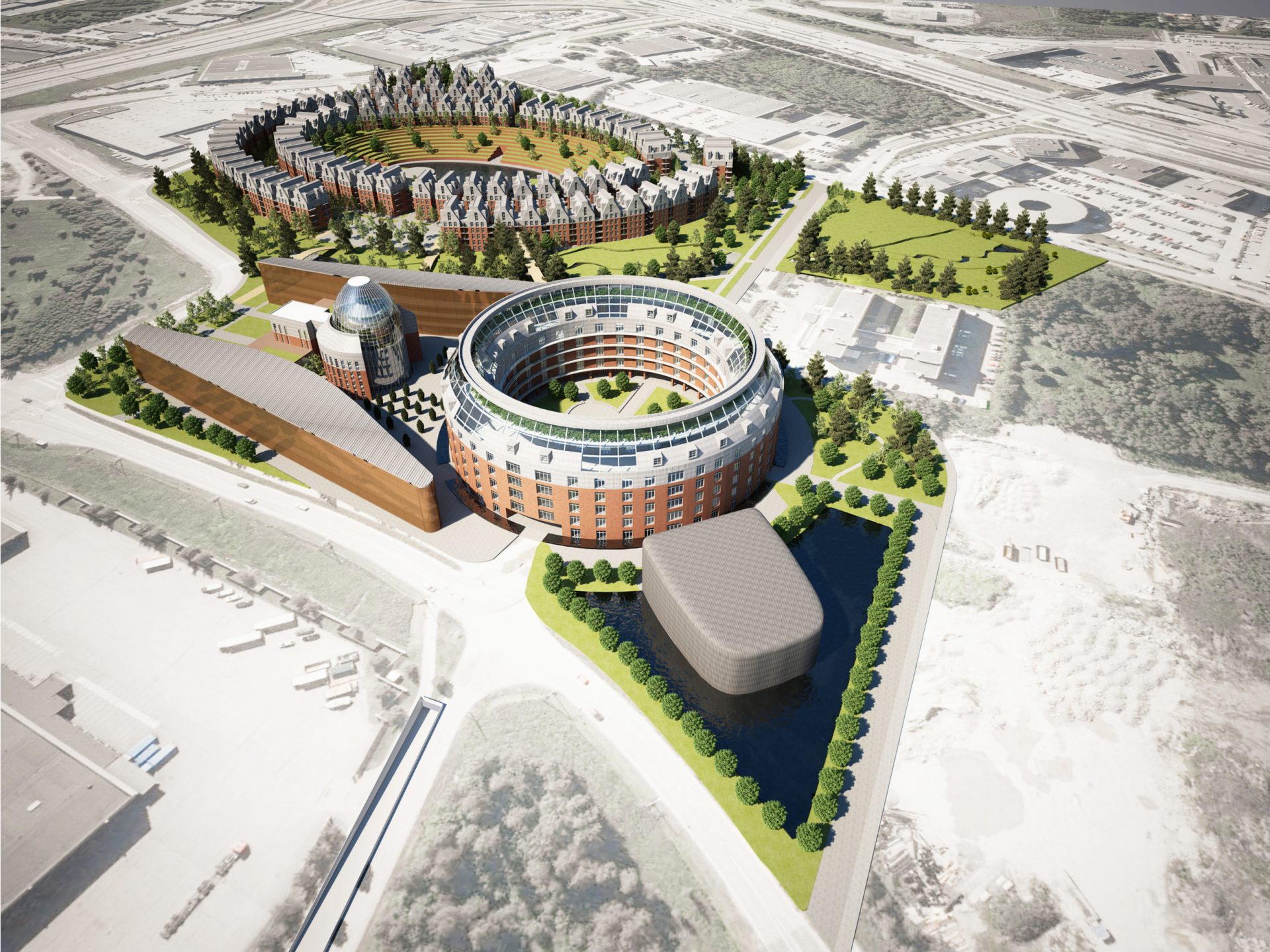 The central theme of the competition is the urban redevelopment of a predominantly abandoned industrial area, located in an area near the rapidly expanding Helsinki airport. The goal is to make this area habitable and on a human scale, a settlement solution for 3000 inhabitants with offices and services. The idea is to propose a settlement, characterized by a legible and recognizable urban design, with a planivolumetric setting based on a few geometrically referable signs to a classical composition and, at the same time, to a perceived image typical of Northern European cities. With respect to the grounds of the project area, the proposed settlement consists of three main elements to which as many geometric systems correspond to the green system and internal paths: The Ellipsis Park, defined by a predominantly elliptical matrix design residential around a park and a lake located in its geometric center; the office complex, The Total Theater and the Atomi building, planimetrically referring to an H-shaped figure and centered on a volume with a central plan, where the neighborhood library and school are located. The green acts as a unifying element, present not only at the level of the ground, but also as a roof garden and winter gardens. Similarly, the water stretches from one vertex to the other of the project grounds, offering itself now as a mirror for the qualification of the architectural volumes, now as a stream, both in the free configuration and in the geometrically defined design. 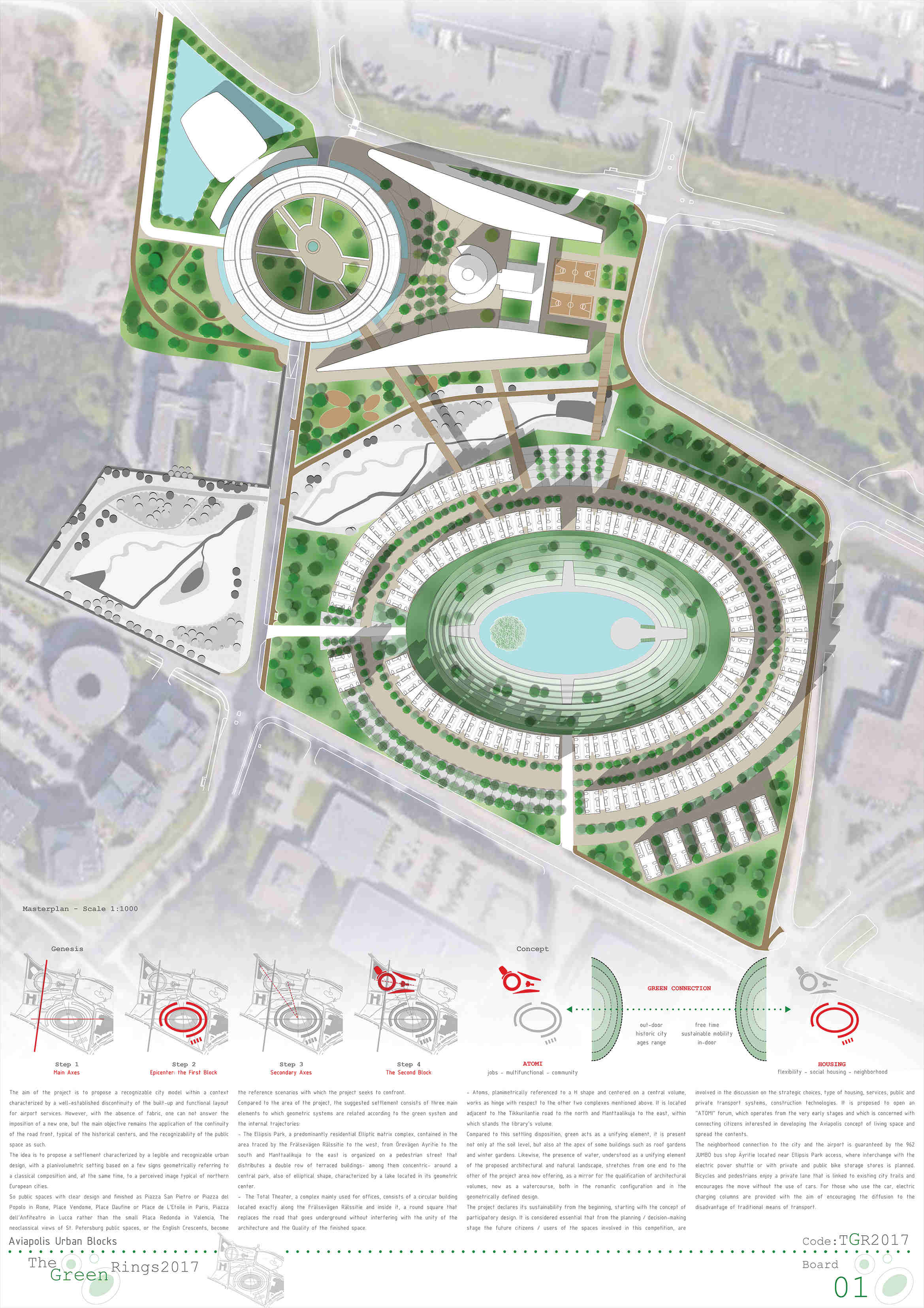 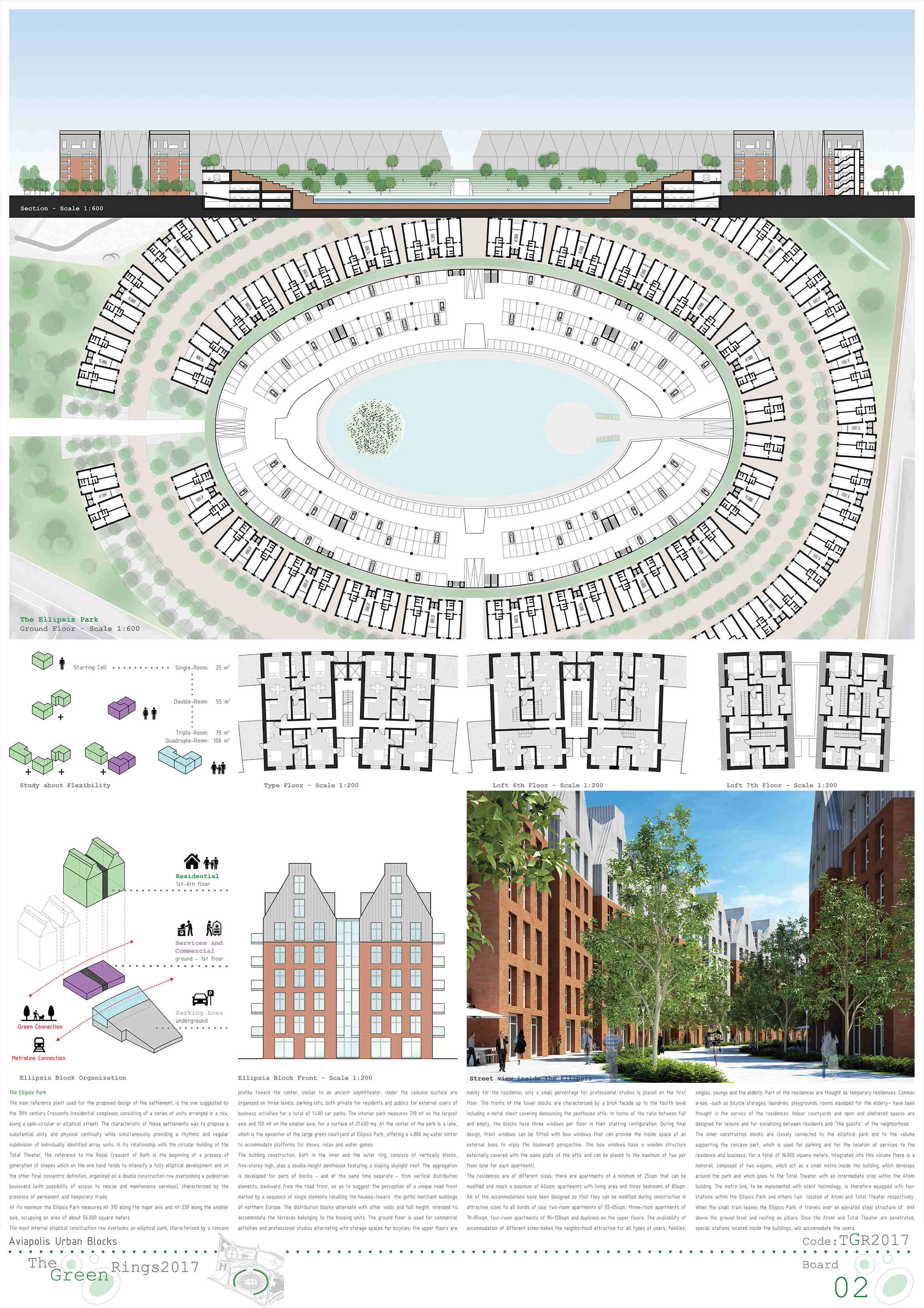 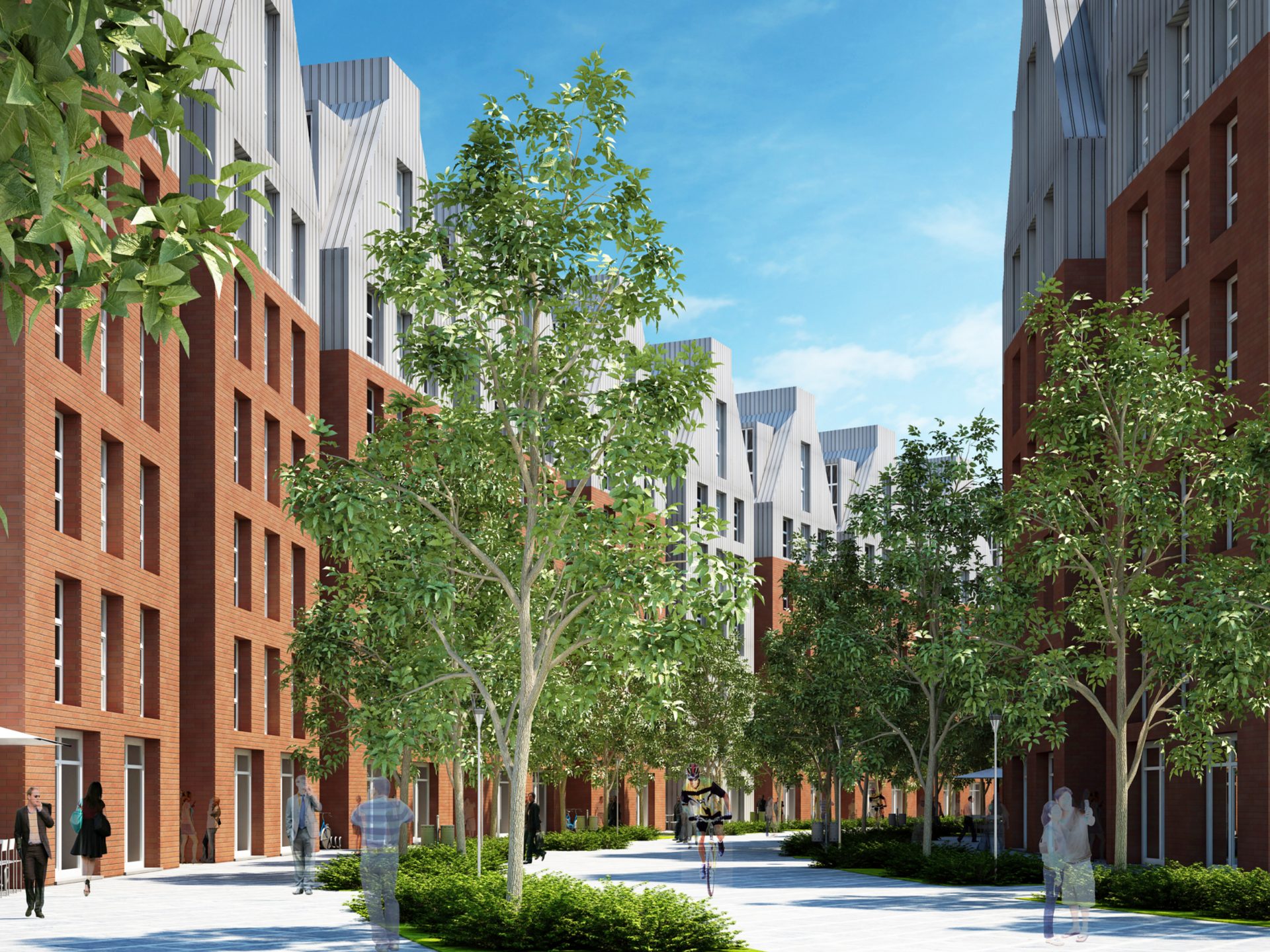 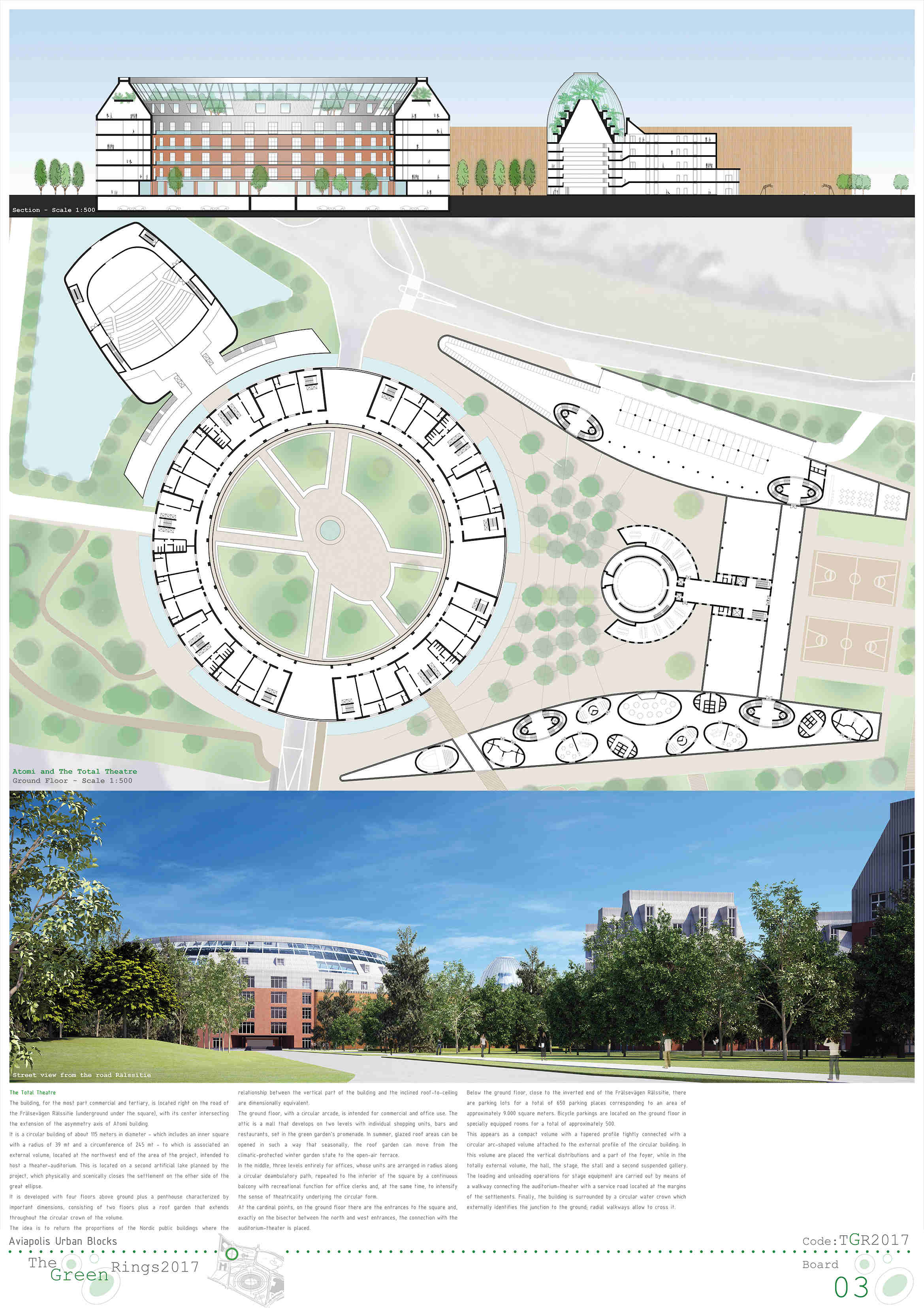 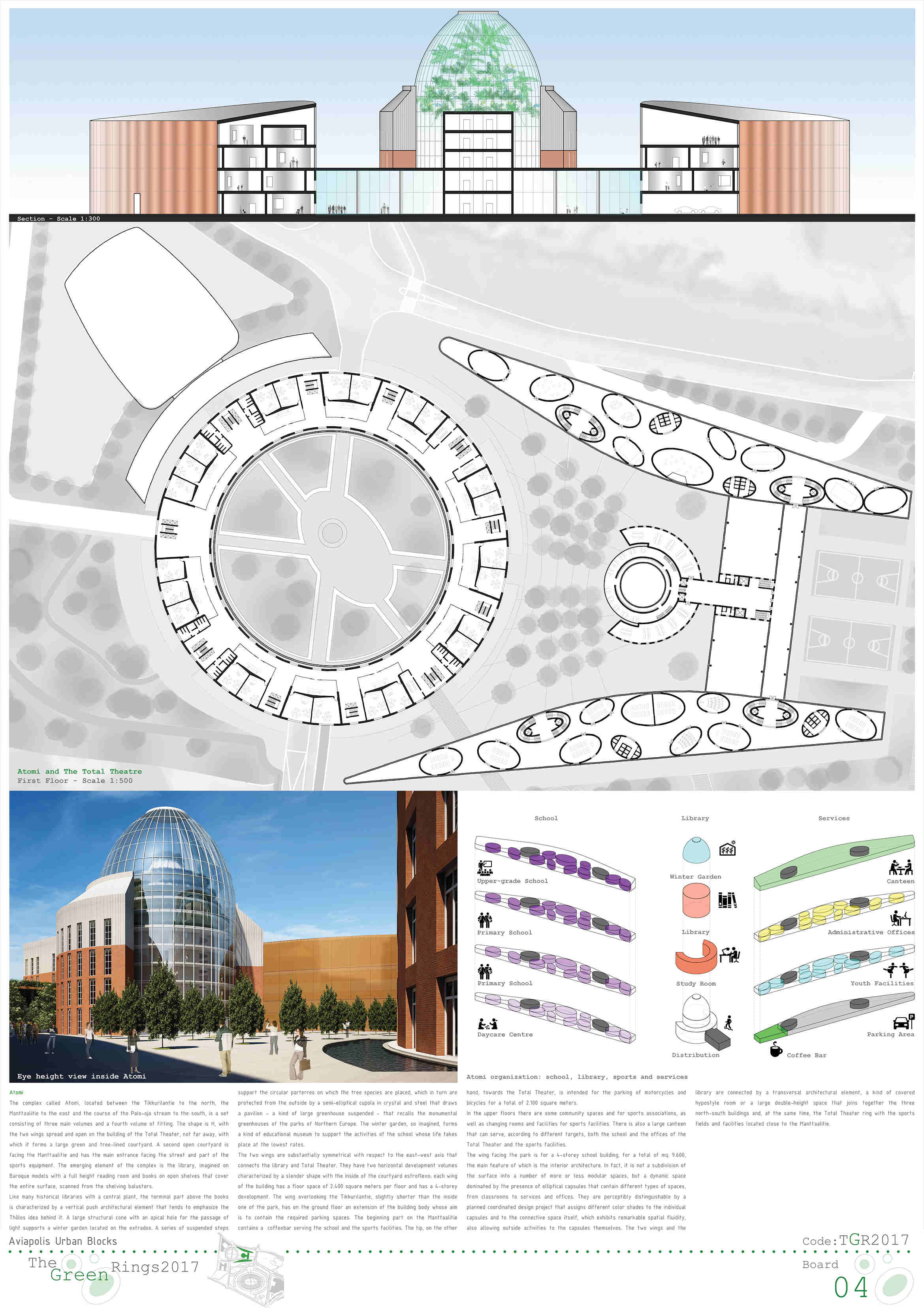 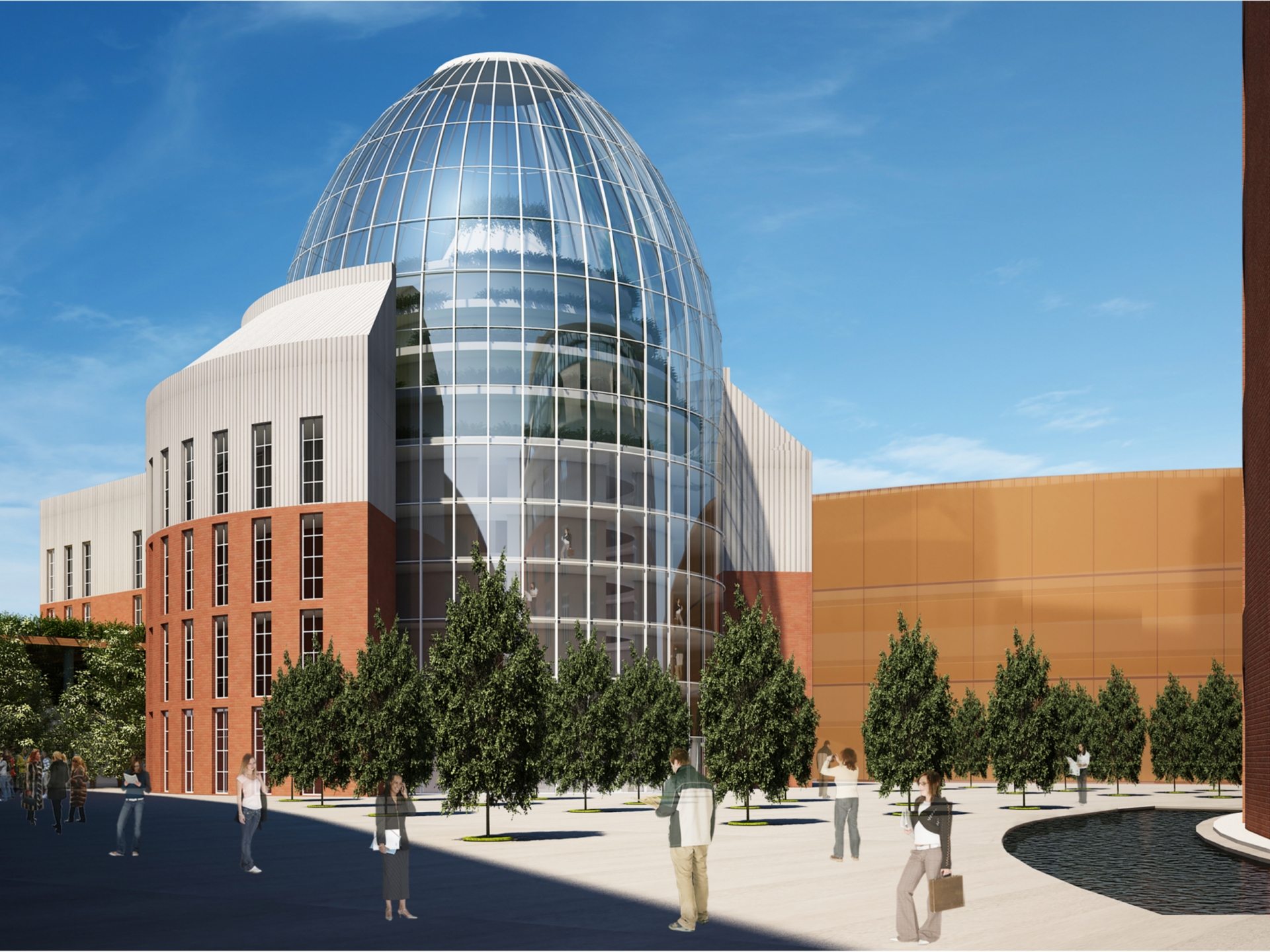 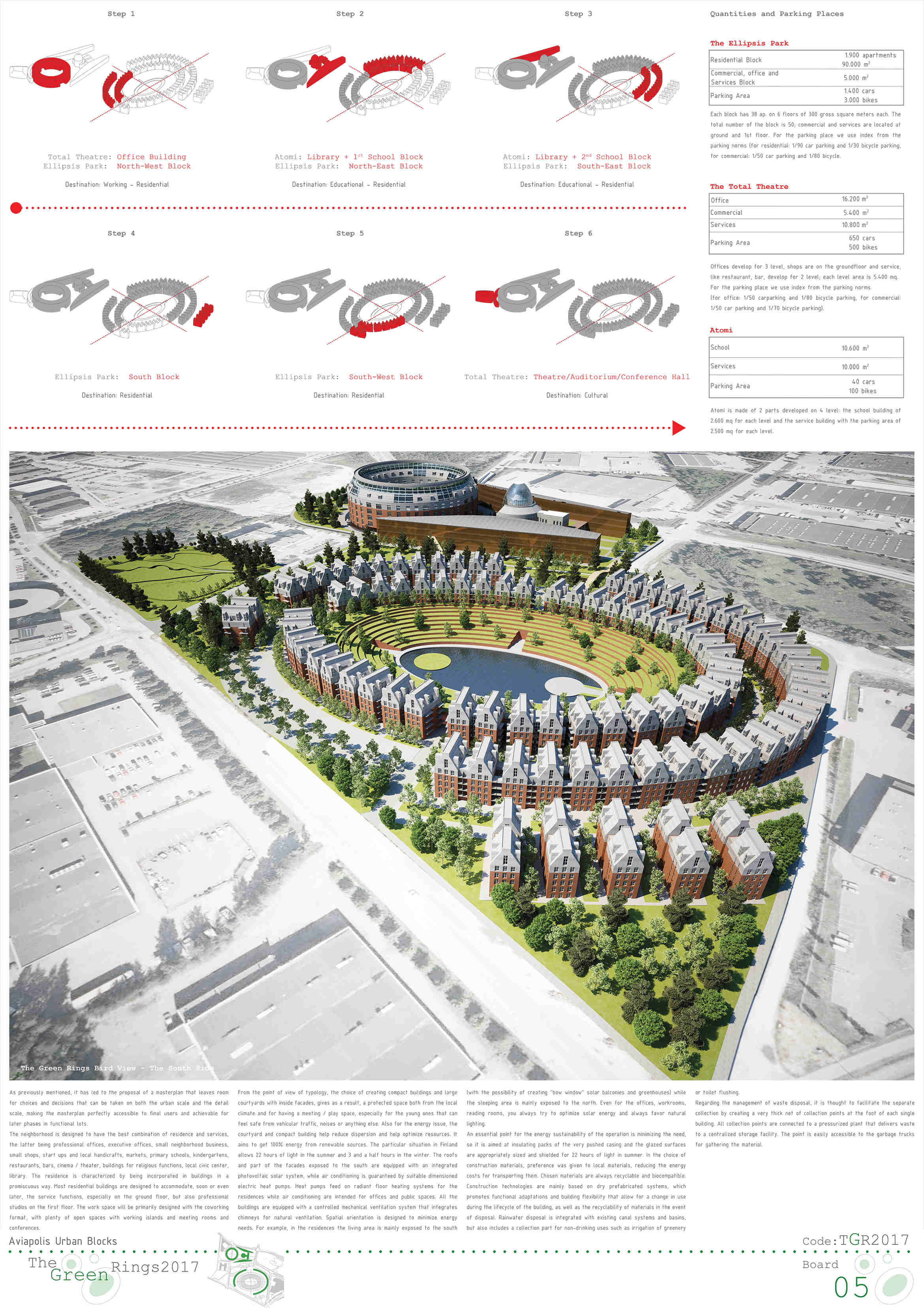 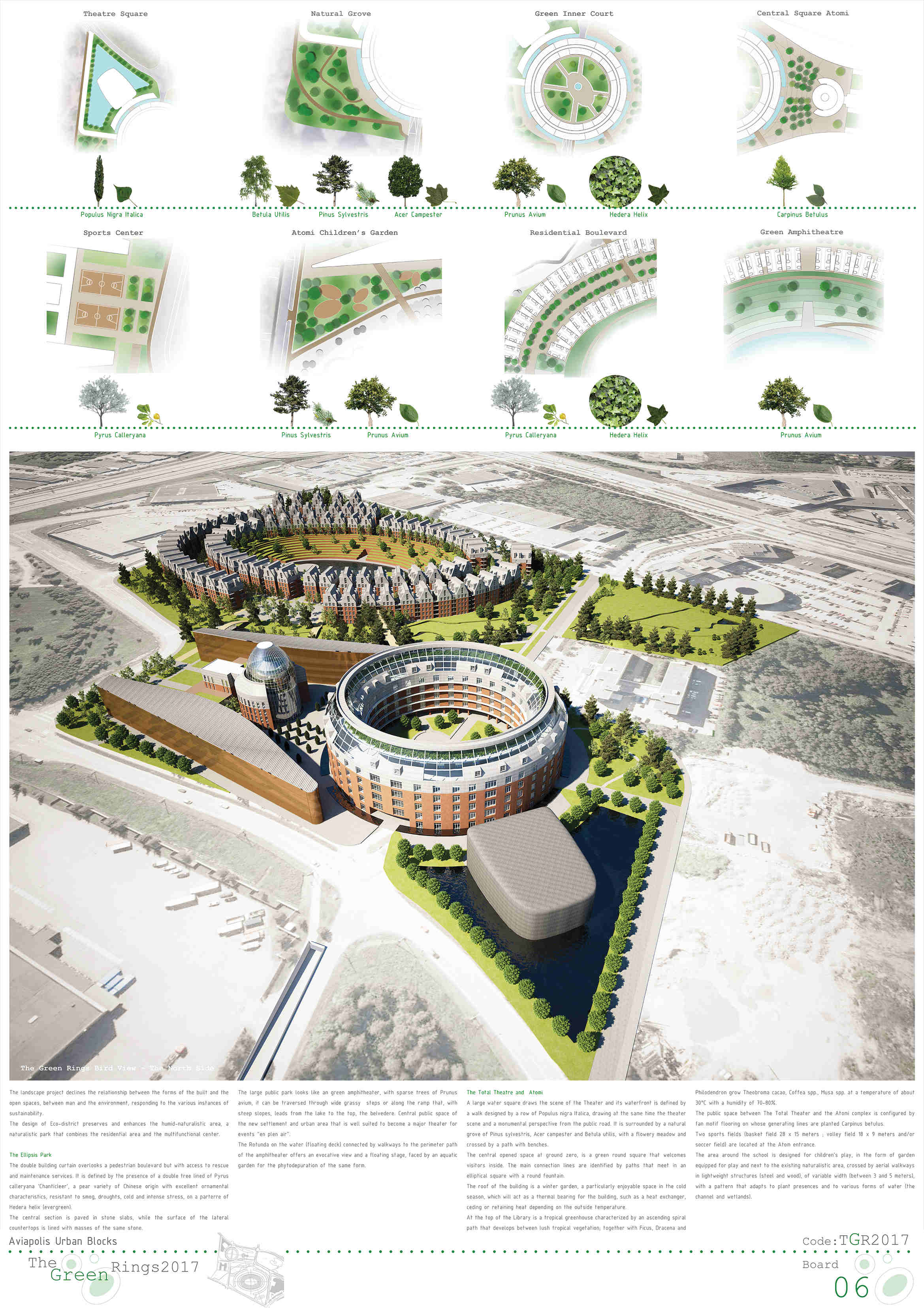