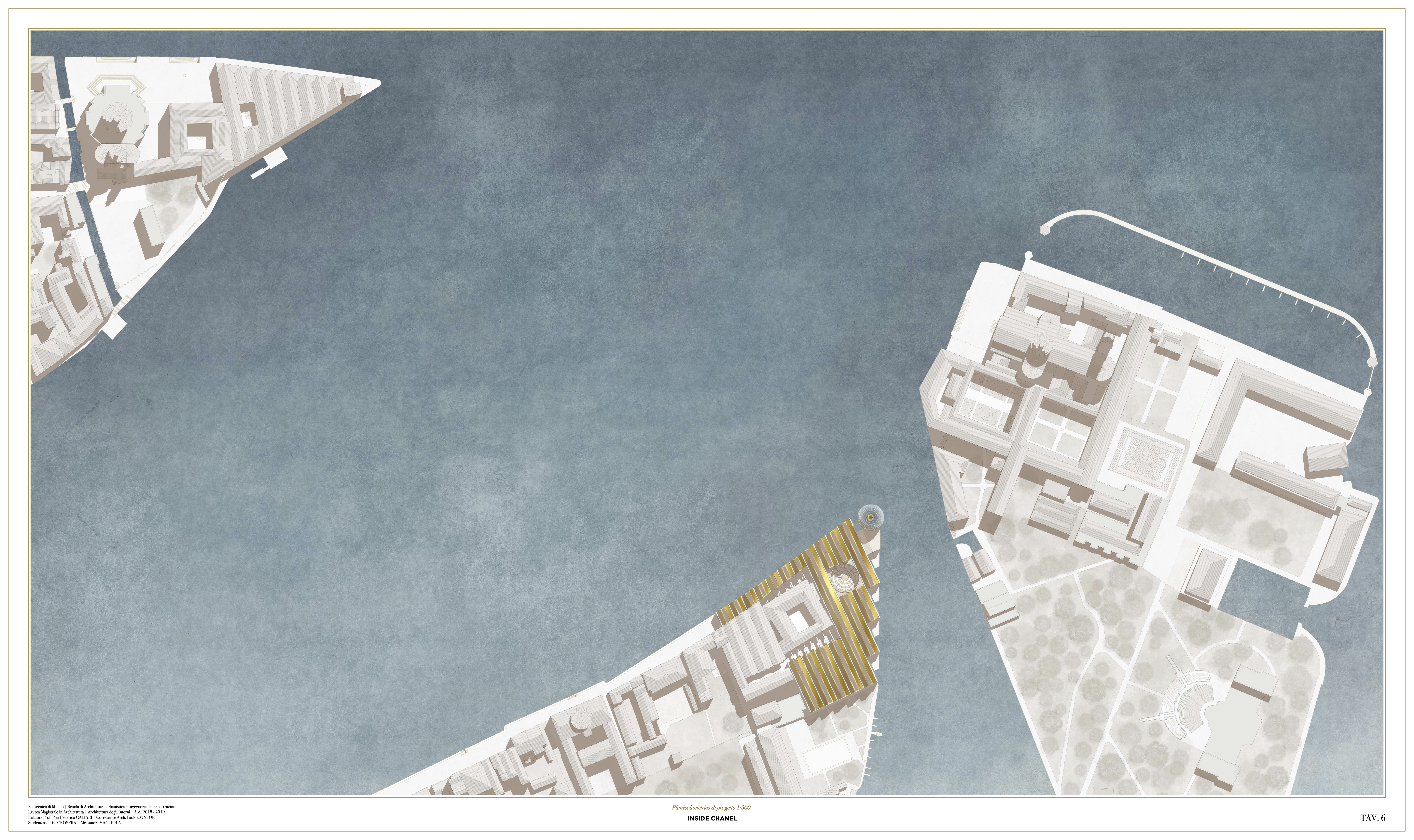 The preliminary study for the project followed two main directions: the analysis of the morphological and typological characteristics of the city of Venice and the study of the essence of the style of the Maison Chanel. Starting from this analysis, we have tried to outline the foundations of the architectural model and museum layout. As in a narrative text, our project of the Inside Chanel Foundation has been structured on different thematic sections, but has also given importance to the unity of the whole story. This path, thought not in a chronological way, enhances the complexity of the elements that make up the nature of the Chanel world. Every single piece of the collection was chosen and set up with a view to create an overall picture of the phenomenon. Set aside the idea that the collection is represented only by dresses and clothing, the construction that accompanies the museum collection aims to investigate and to understand in depth the complexity of the Chanel phenomenon in its entirety. The collection will speak and reveal all the elements that have contributed to make Chanel an emblem of excellence in the fashion world. The choice of the site was dictated by the more sparkling and ever-changing character of the Giudecca Island ( symbol of the industrial revolution in the city of Venice – and therefore a reflection of the personality of Mademoiselle Coco Chanel in the fashion world), from an axial analysis of focal points related to the Palladian architecture present in Venice and their construction on water. The architectural design moved in complete respect of the structure and of the history of the place, proposing interventions that tend to be a crowning of the morphology and of the already existing urban structure. The exhibition project, since its beginning, tried to dialogue with the architectural project in a continuous game of references with it. The apparent contradiction between the ephemeral of the fashion world and the permanence of such a solid architecture is resolved with a museum and an exhibition design capable of becoming a place of dynamic exchange, without being a crystallized space. The project wants to communicate how much fashion and architecture are only two apparently separate worlds, which combine in the idea of form, capable of assuming similar characters in the clear and precise perception of the viewer’s imagination while they charge each other with worldwide fame. Fashion is architecture because it shapes trends, grabs them and cleverly gives them substance and tangibility. It is fashion that produces society, it is not its result. Many have supported this thesis, including authoritative voices such as the German philosopher and sociologist Georg Simmel and the French Jean Baudrillard. The dynamic phenomenon of fashion and the discipline of architecture both speak of personal, social and cultural identity reflecting the interests of the community and the aspirations of the time. Both grasp the change of places and exhibit it to build a clear and precise image that is rooted in the imagination of the viewer and make it become known worldwide. The aim of the project is the construction of a stratigraphic narrative between architecture, layout and history of the Maison Chanel, understanding the dynamics of its establishment in Venice, a city on water, and the ability to assume as a whole and to give the characters back to the public of a strong and highly iconic image, typical of the Chanel brand. 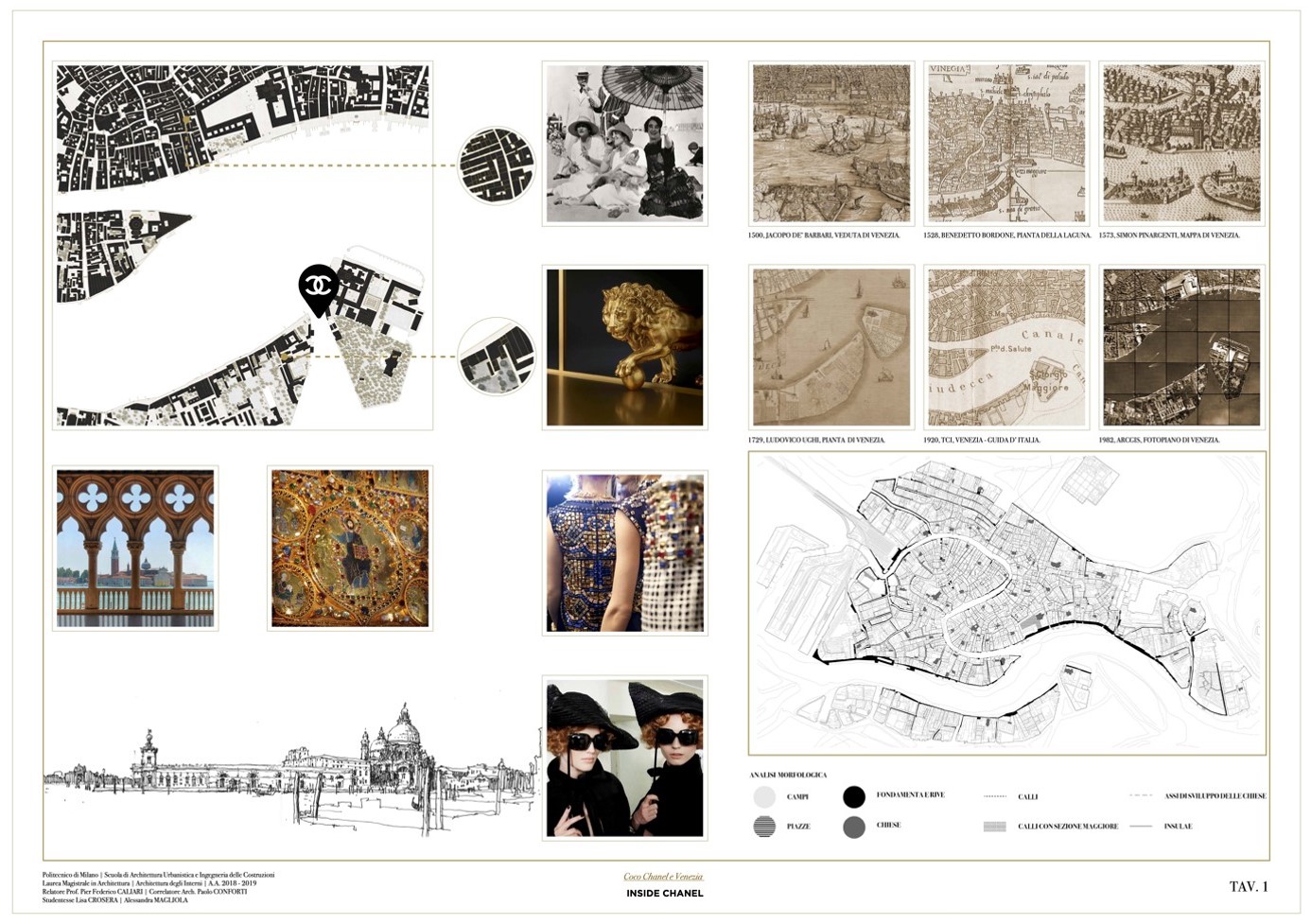 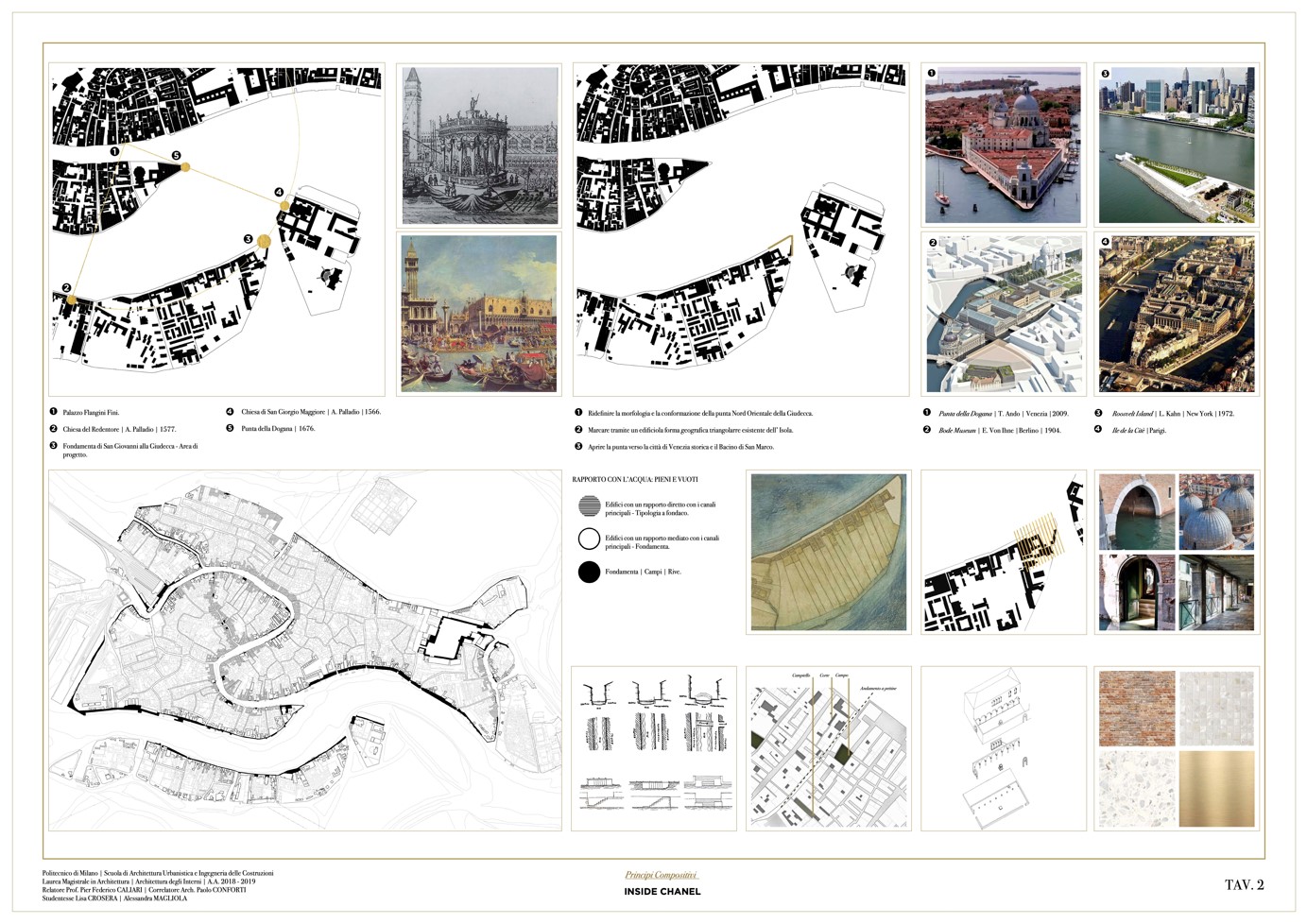 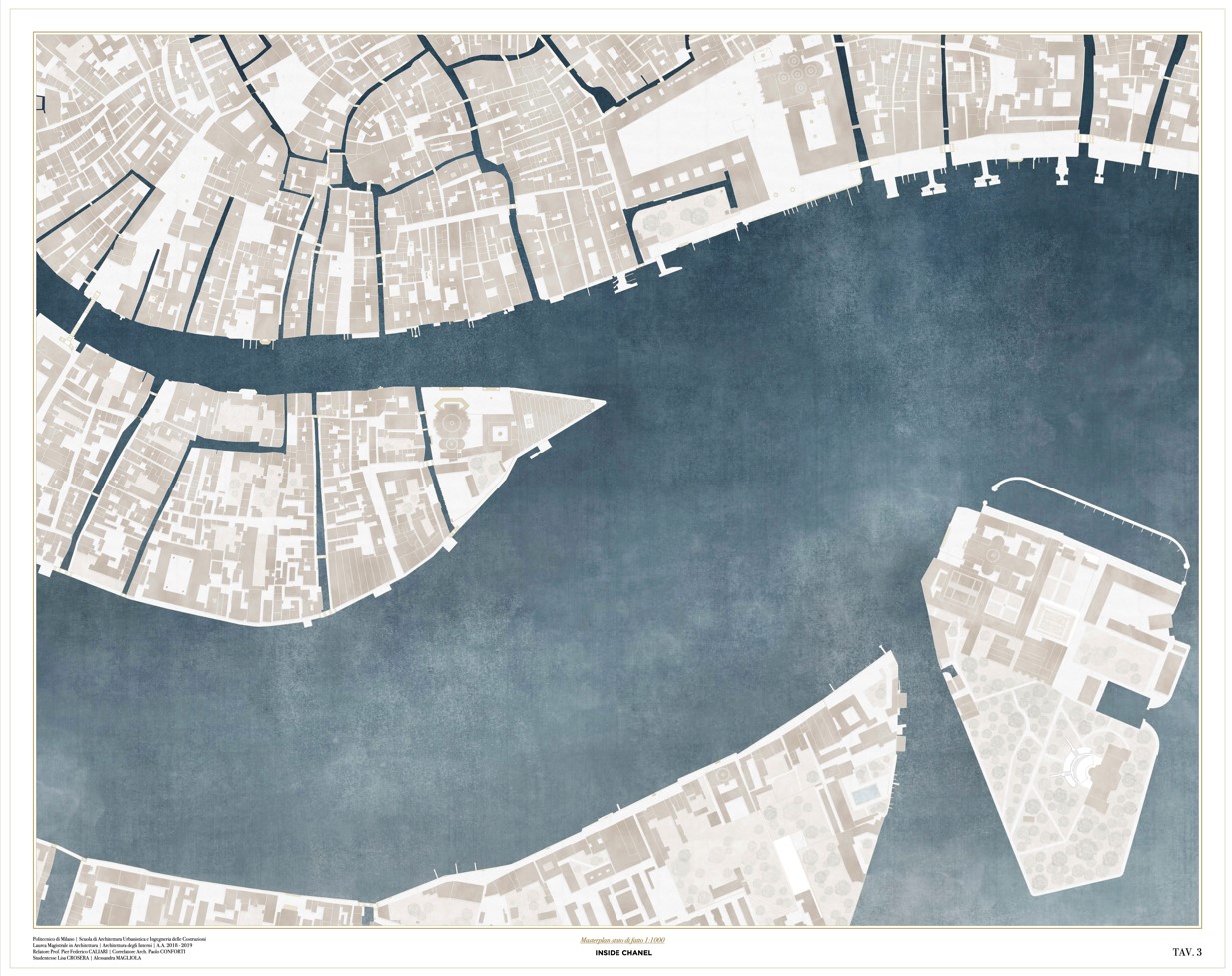 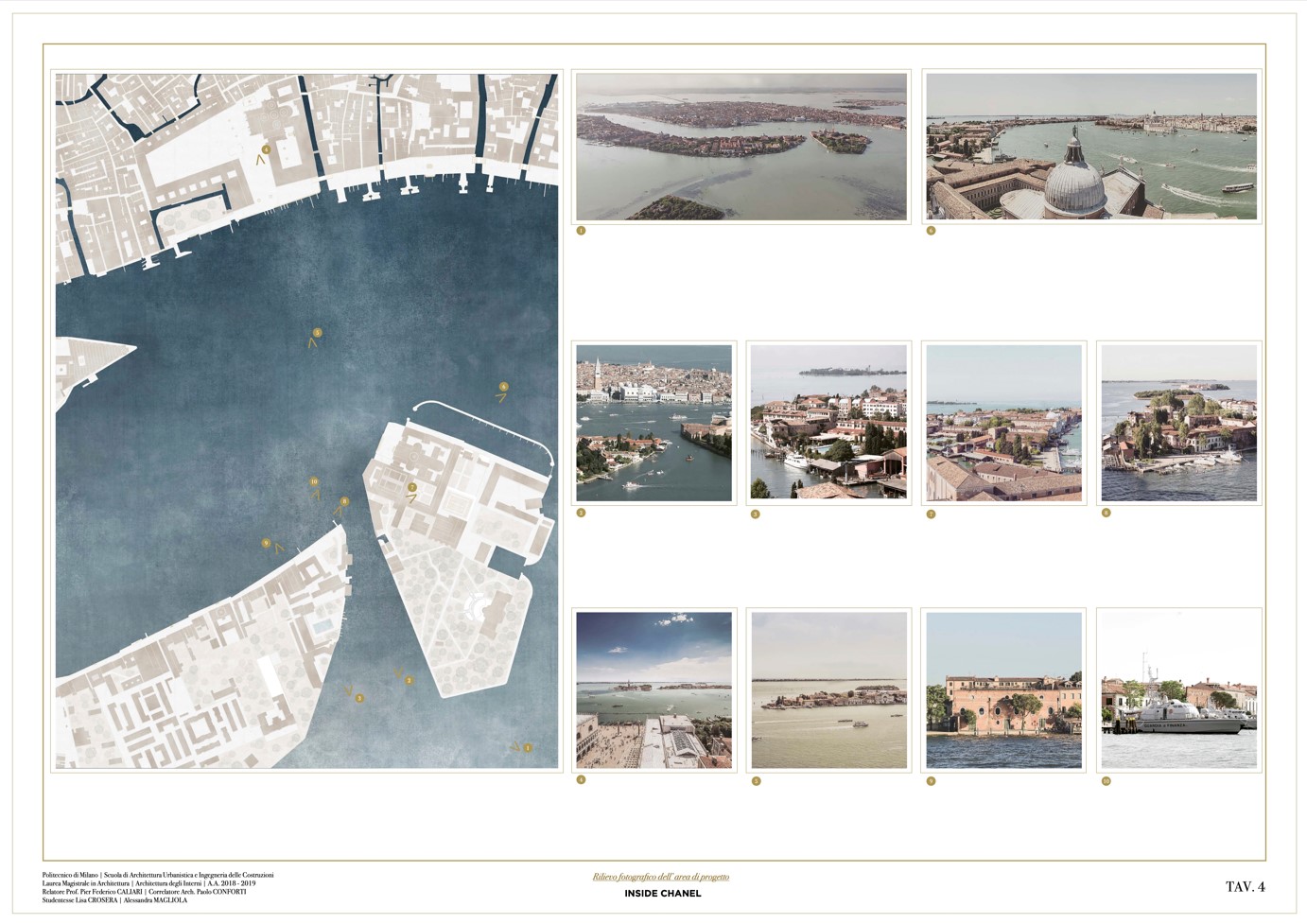 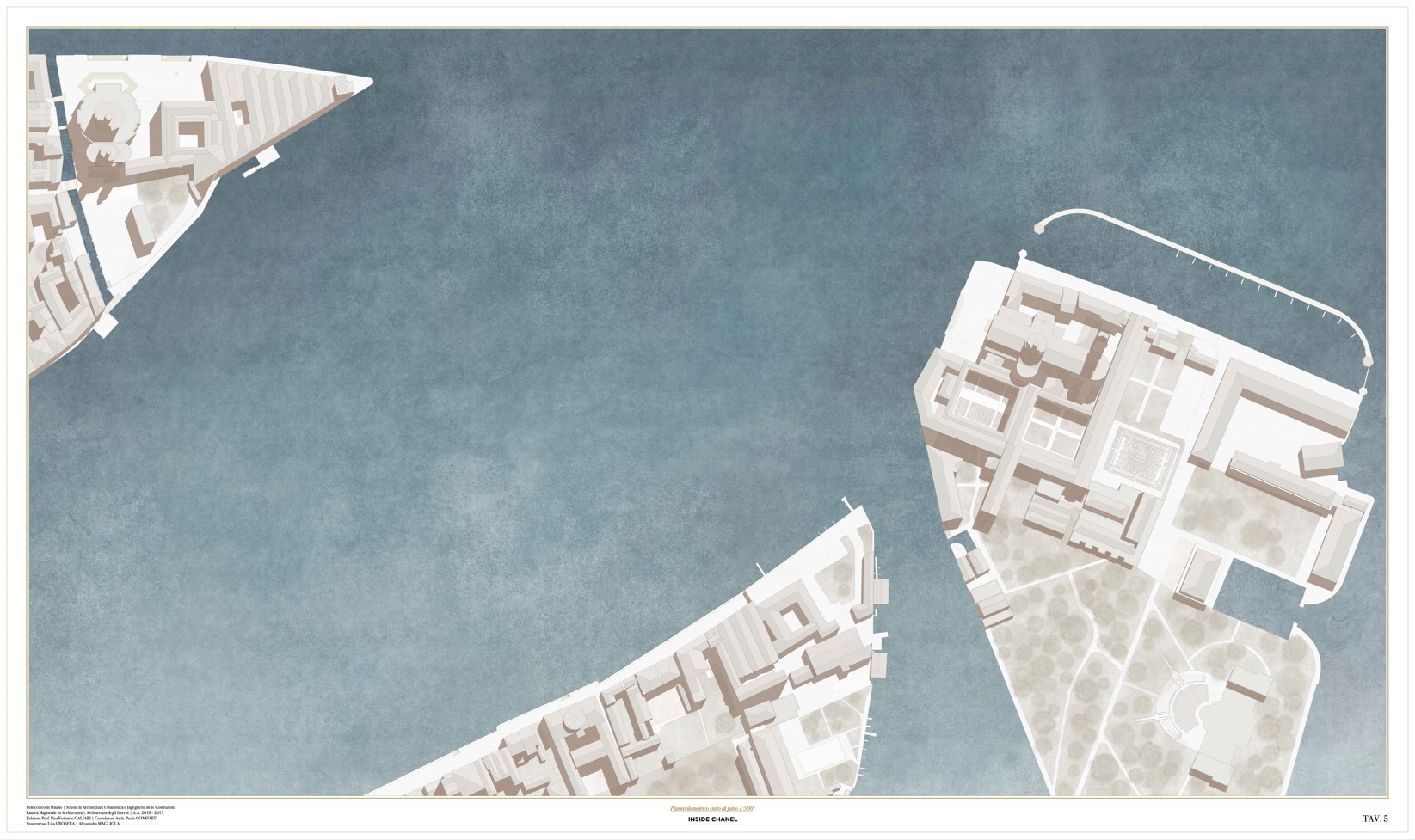 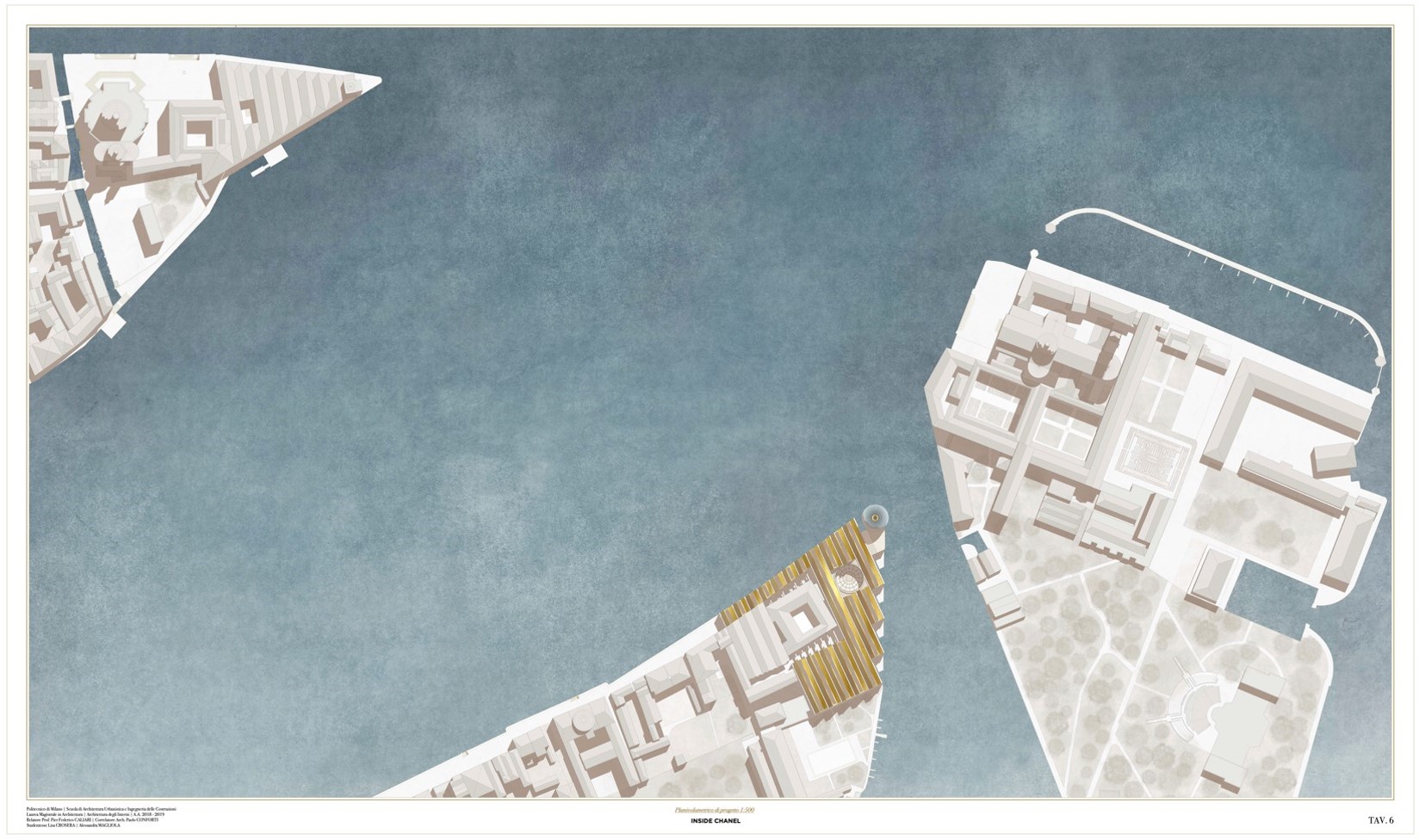 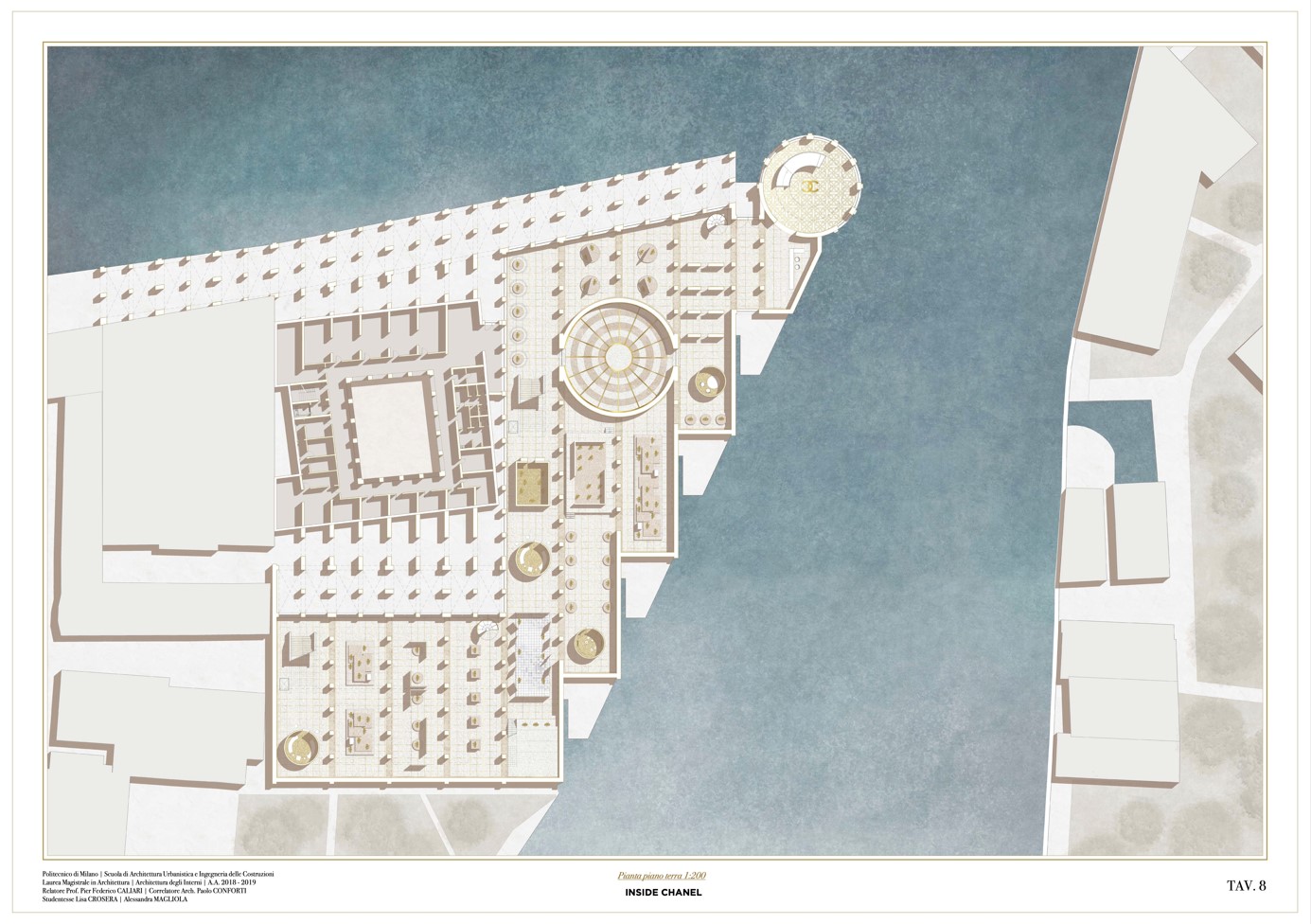 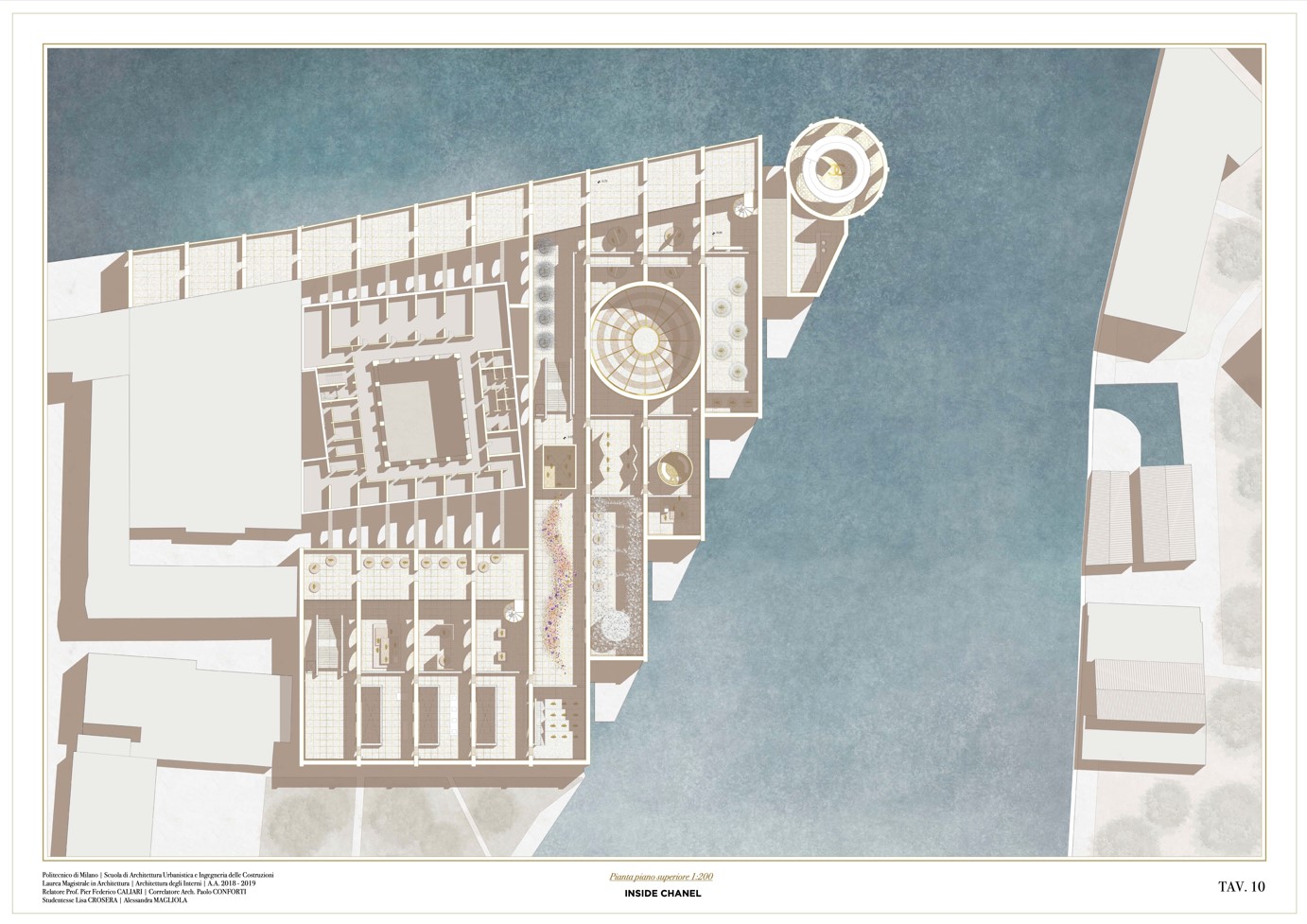 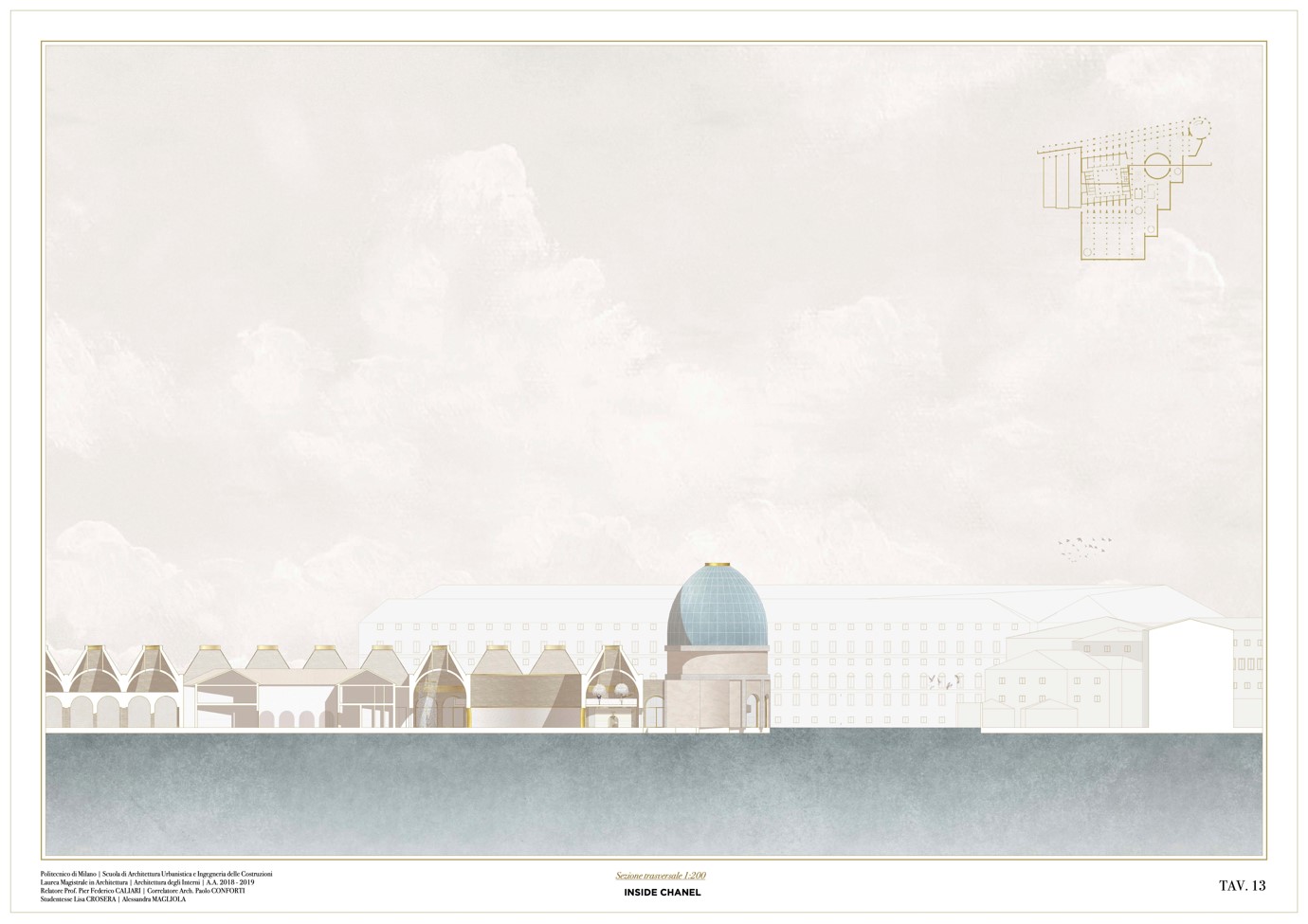 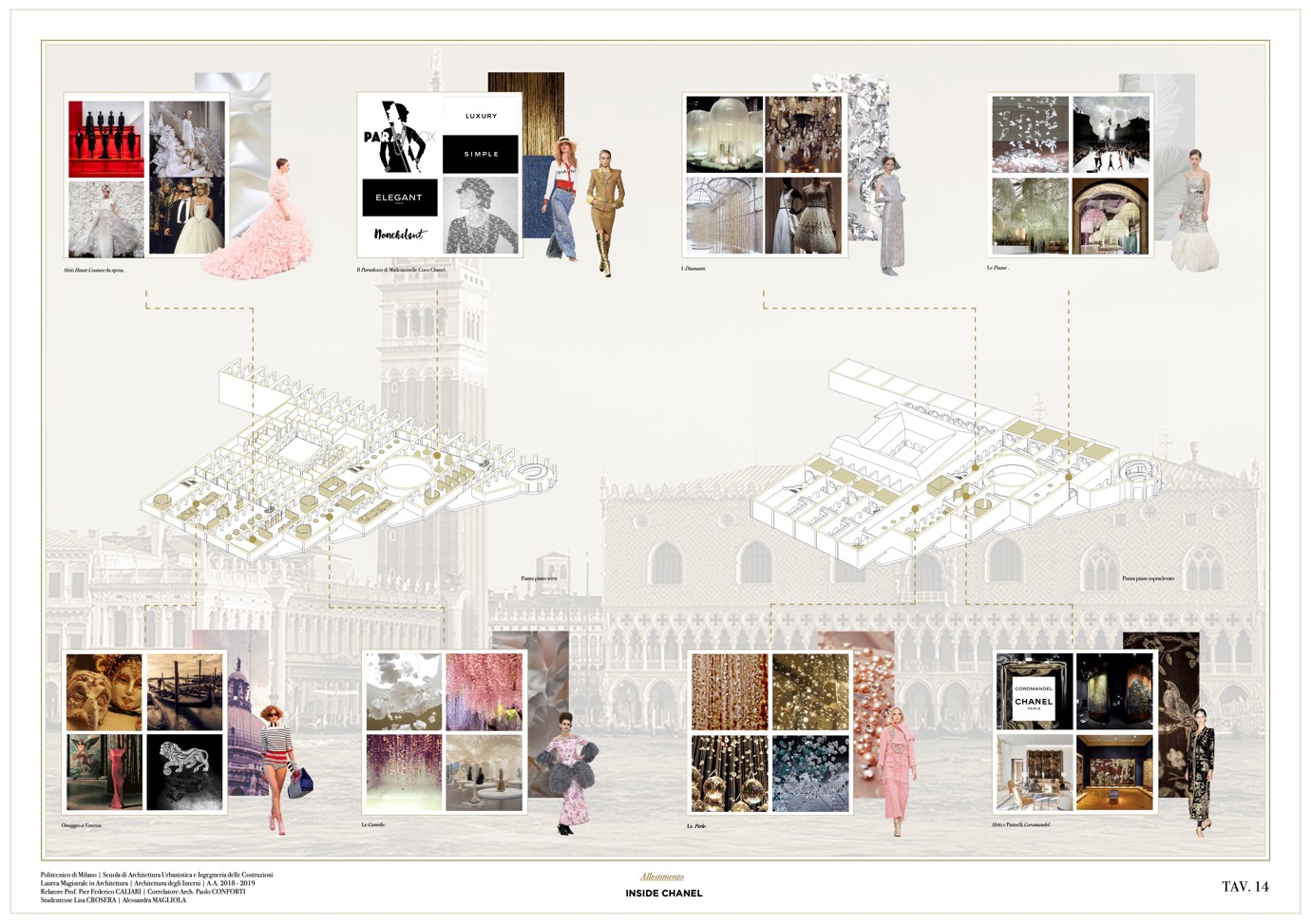 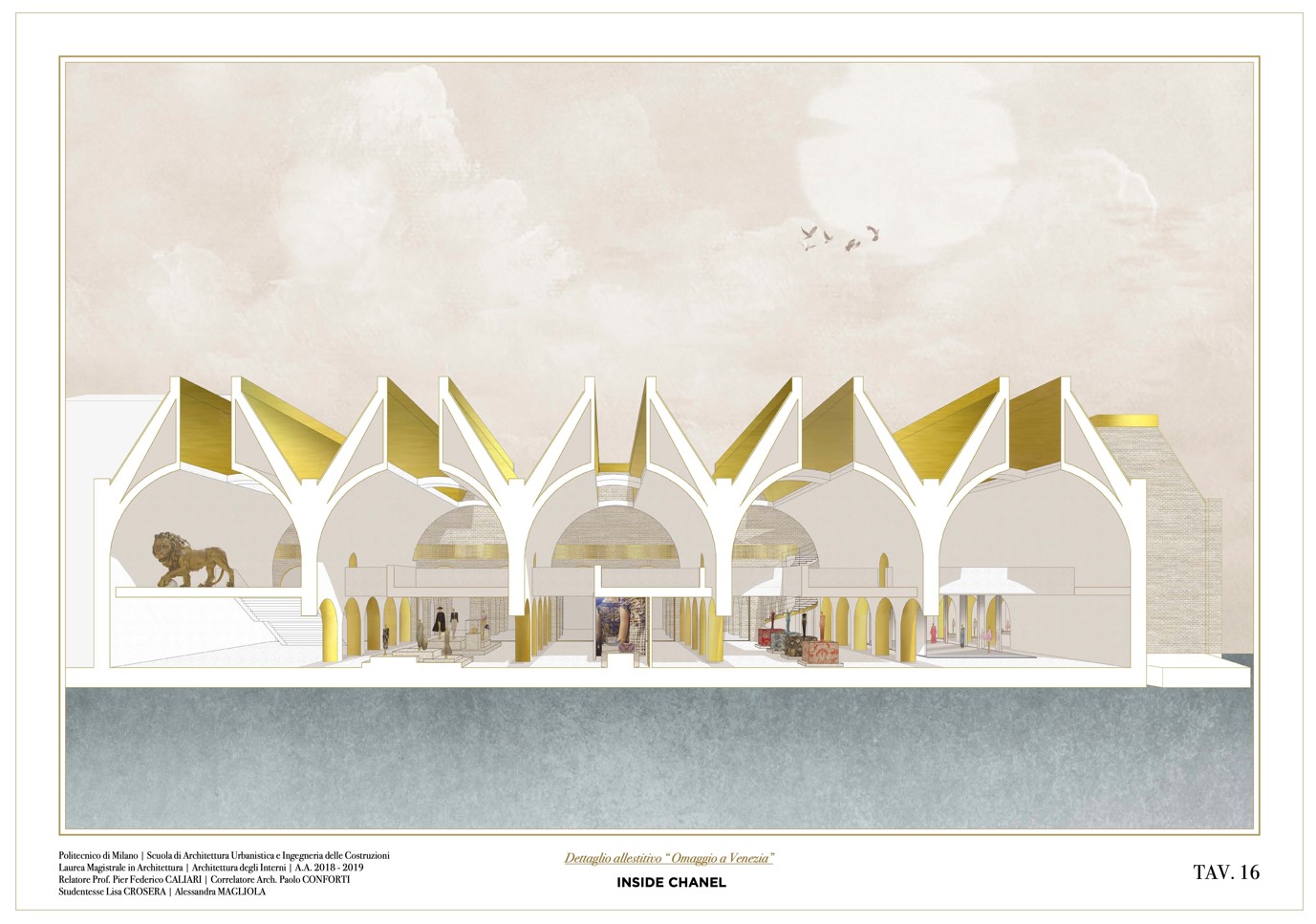 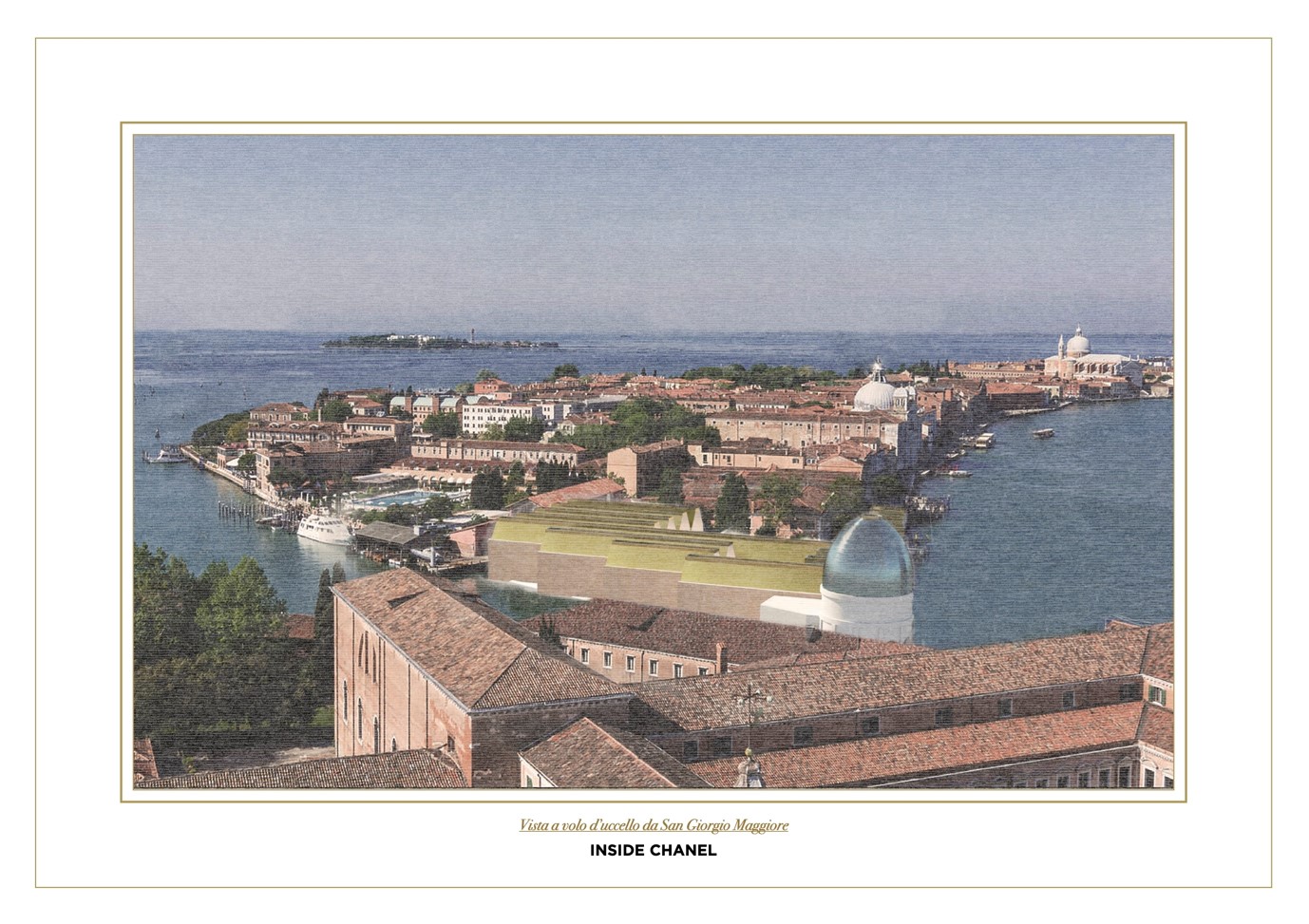 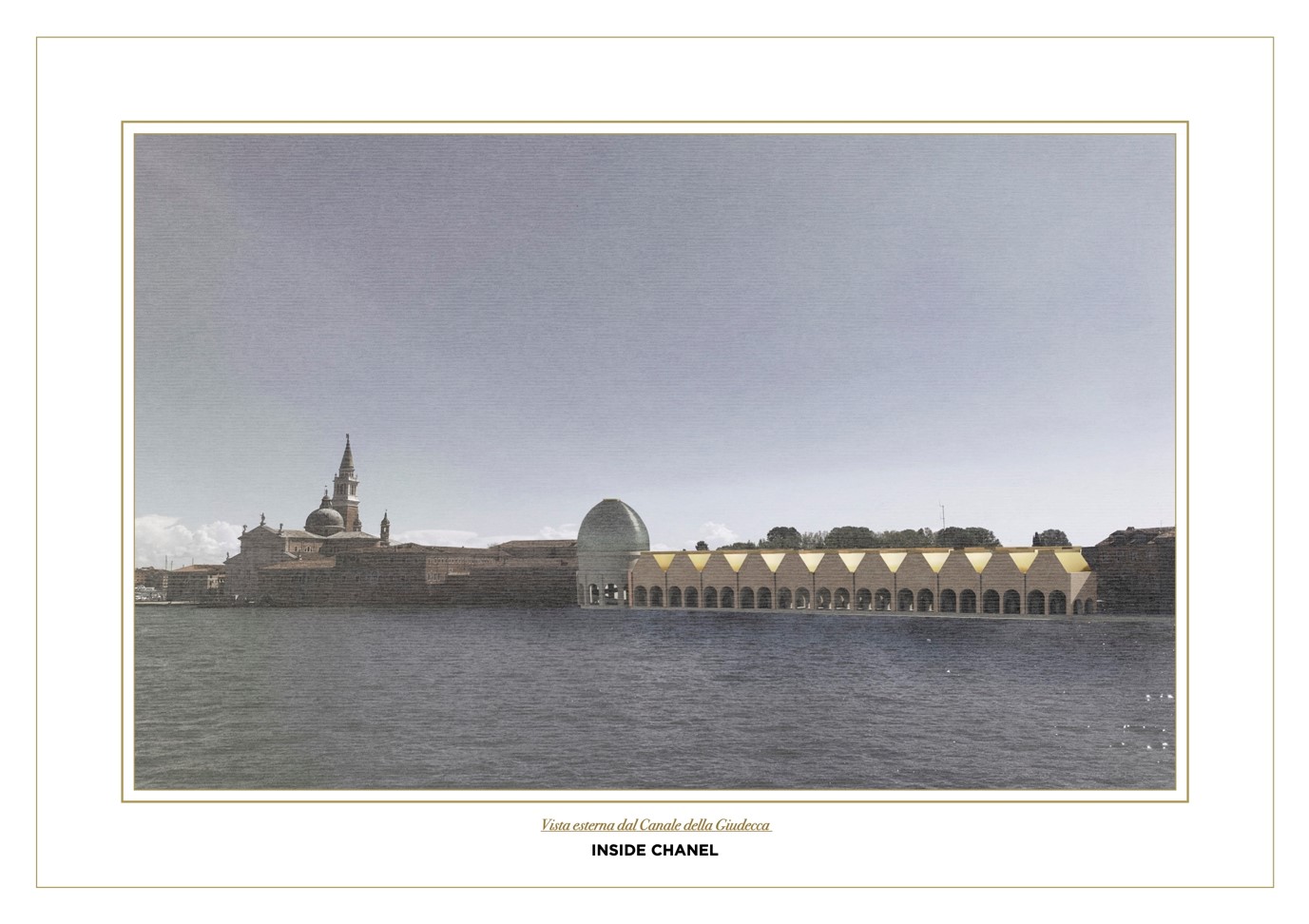 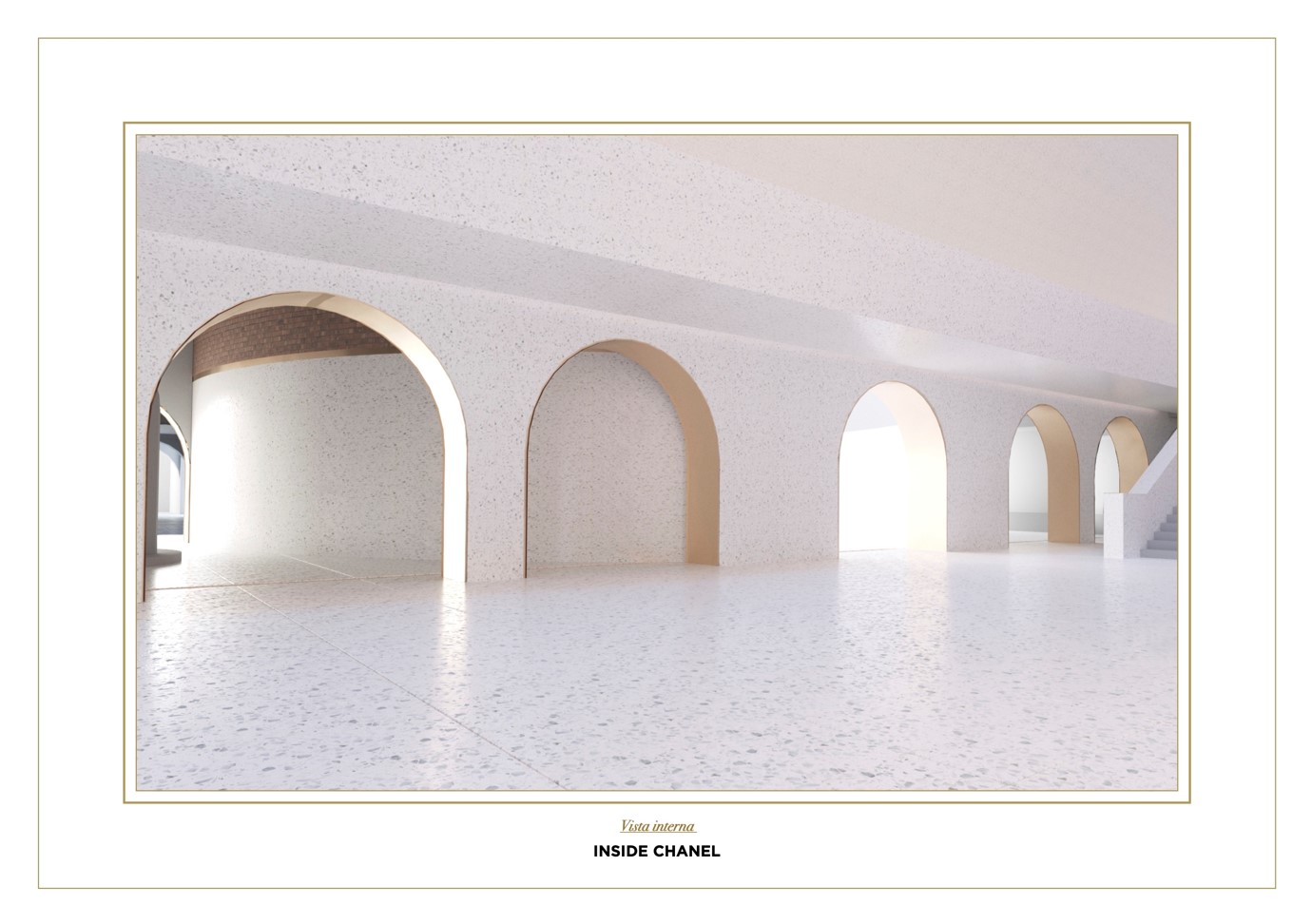 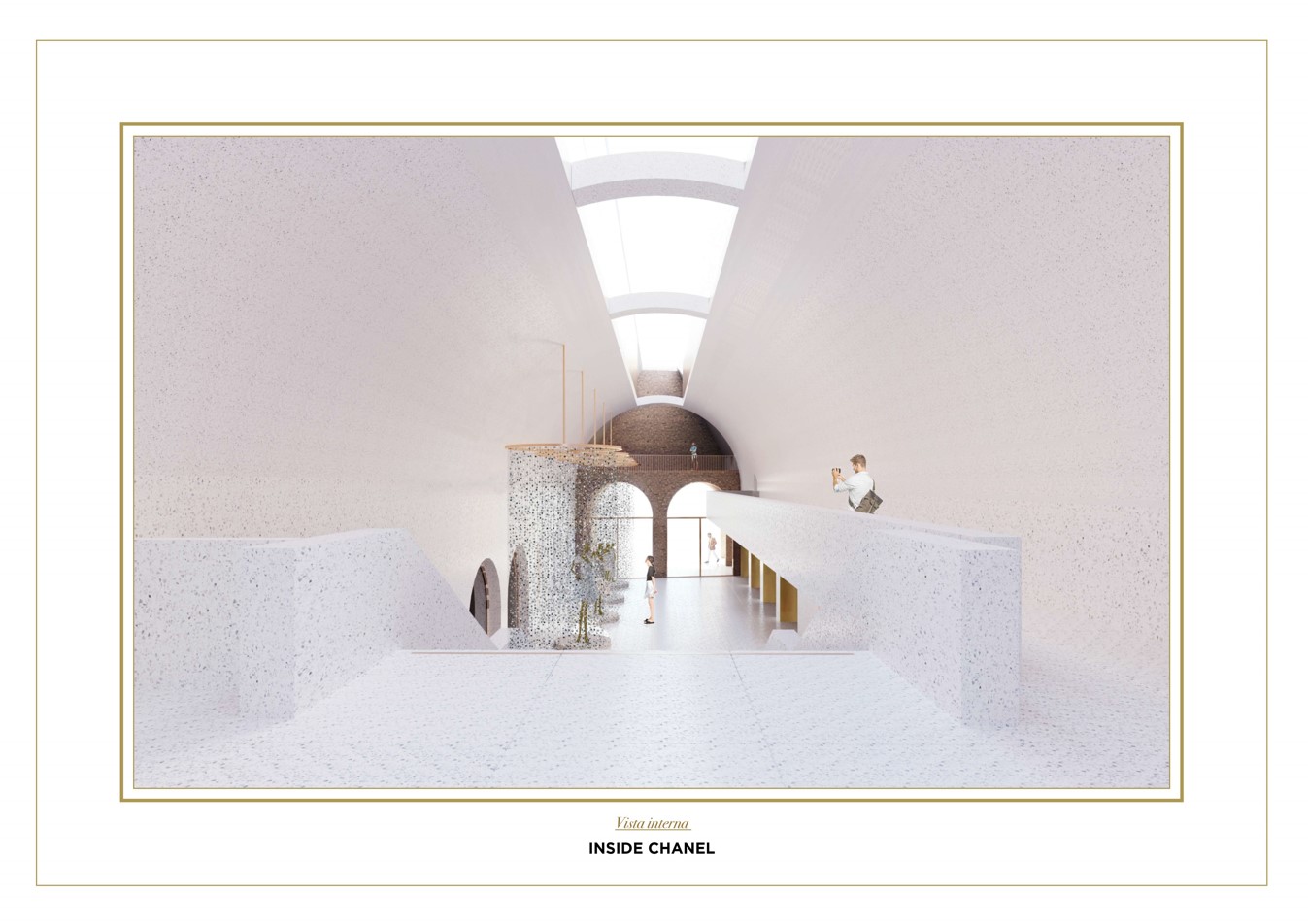