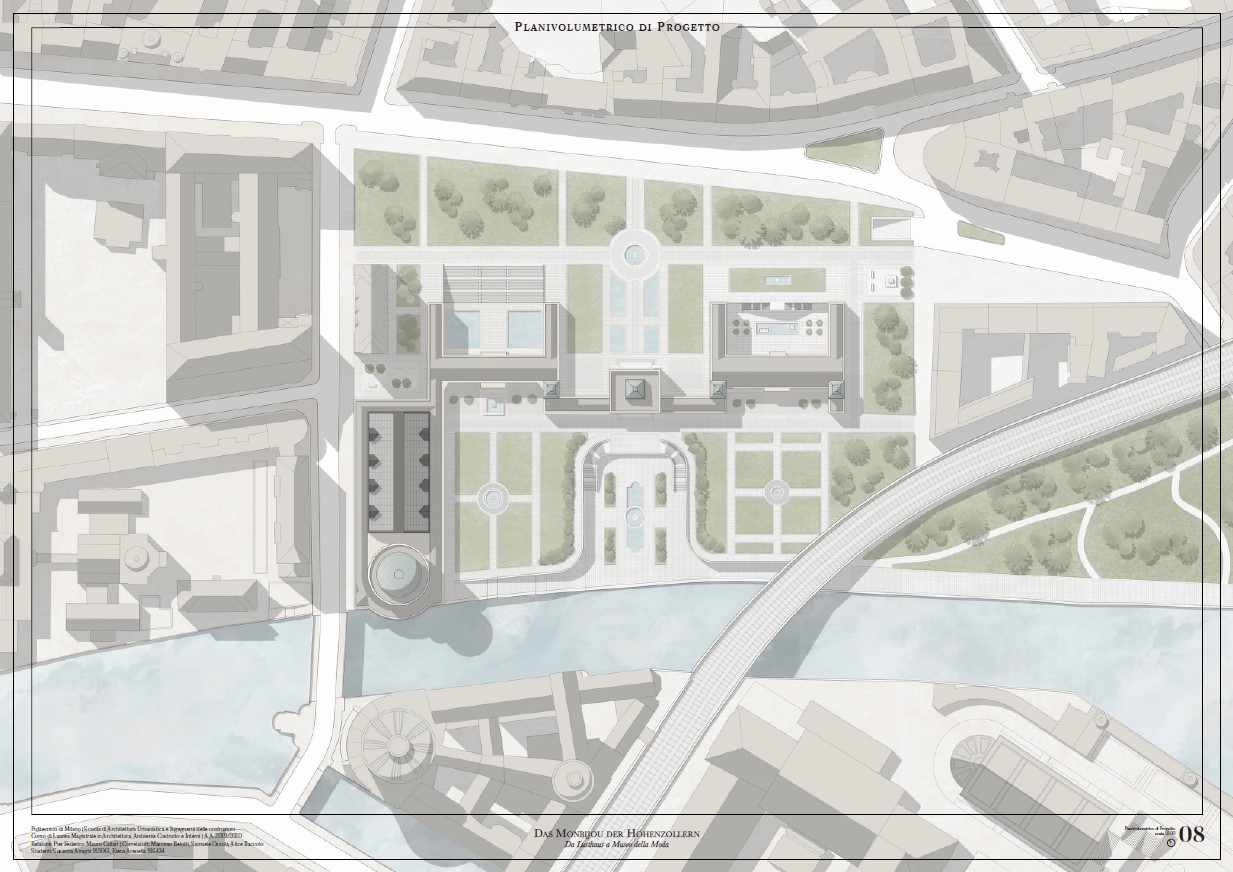 Berlin is a unique city, marked by its own history, in which modern architectures combine with impressive memorial monuments.

Between 1703 and 1943, the Schloss Monbijou stood near Museum Island, on the other side of the Spree river and not far from Berlin Palace. It was built at the request of the Hohenzollern family, at the beginning as a summer residence of the prince-electors of Brandenburg, dedicated to masked balls and concerts, where artists and great personalities of history were hosted. Designed in the middle of the Baroque age, over the years it was subject to changes and interventions in line with the architectural style of Berlin.

In 1820, it became a museum open to the public, to celebrate the royal family and in 1935 an additional pavilion, never built, was designed to host the Prussian Museum, which would have provided access to the great cultural center.

The bombings of the Second World War and the demolitions of the GDR deprived Berlin of its “Bijou” and left a great void in the city. The thesis should be seen in this context, within a city that has been rebuilding for years on the ruins that history has left, sometimes bringing to light its distinctive monuments, as in the case of Berlin Palace. On the basis of such reasoning, the project proposes the reconstruction of the Schloss Monbijou, according to the project dating back to 1742 and its expansion, with the addition of underground exhibition spaces and a pavilion consistent with the principles of the project never realized in 1935. The Schloss Monbijou, remembered for the great events and the baroque splendor, is returned to the city as a new museum complex dedicated to fashion and the development of German fashion design. 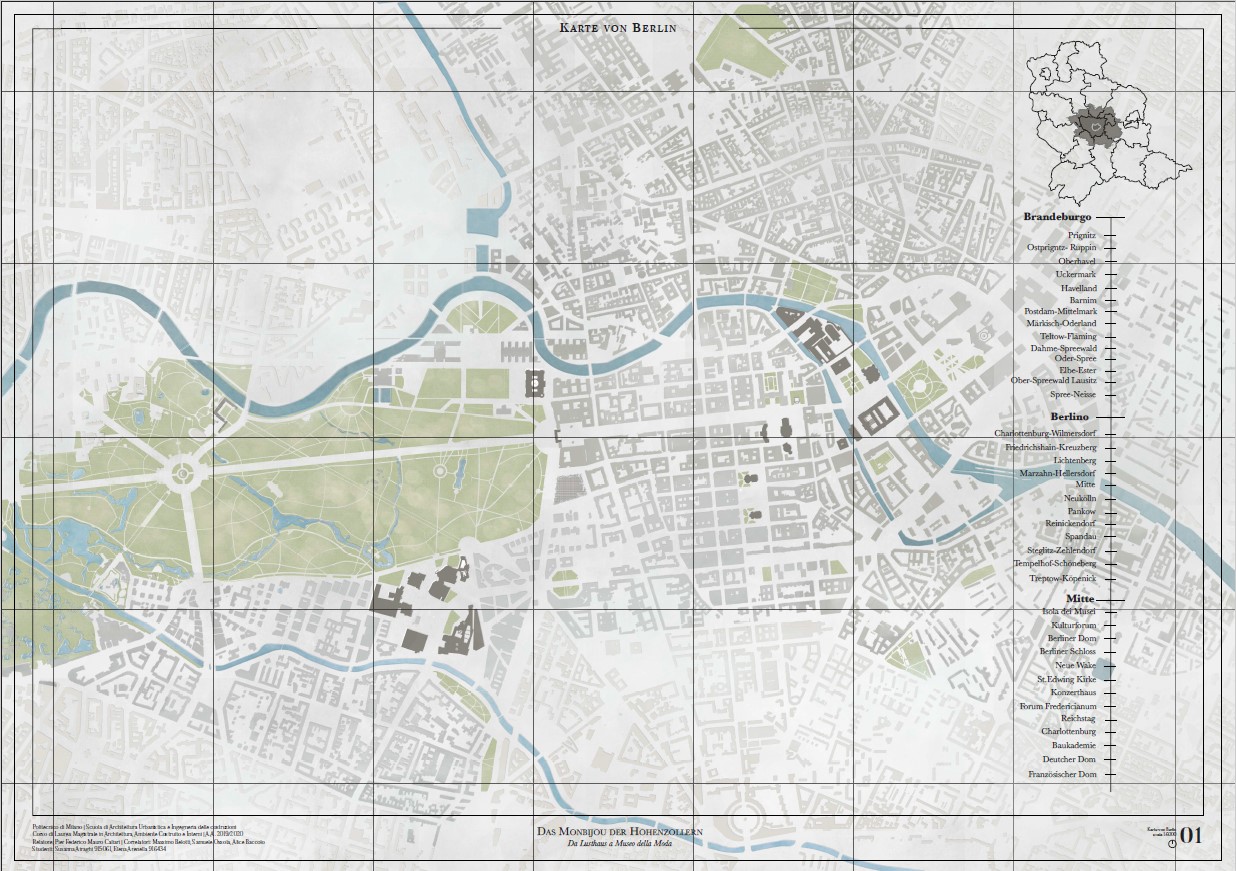 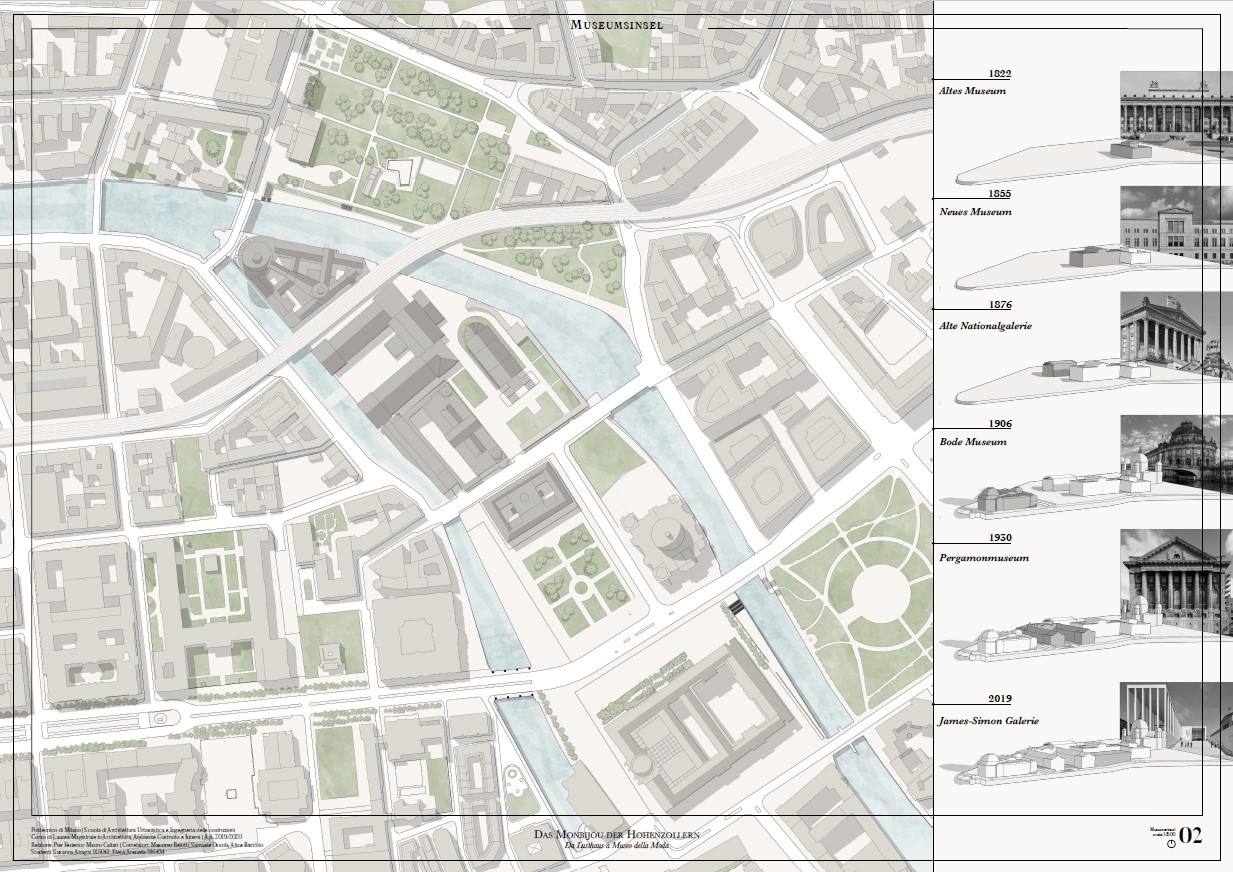 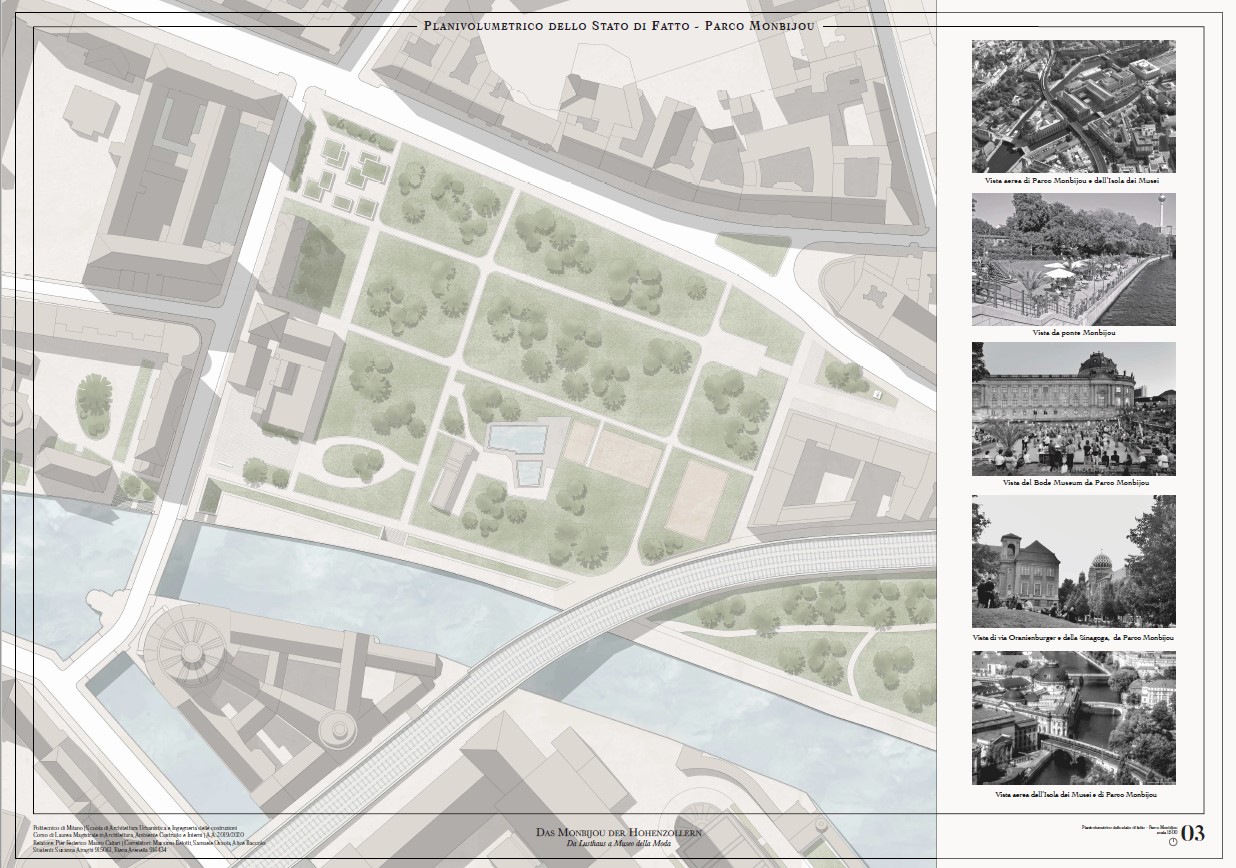 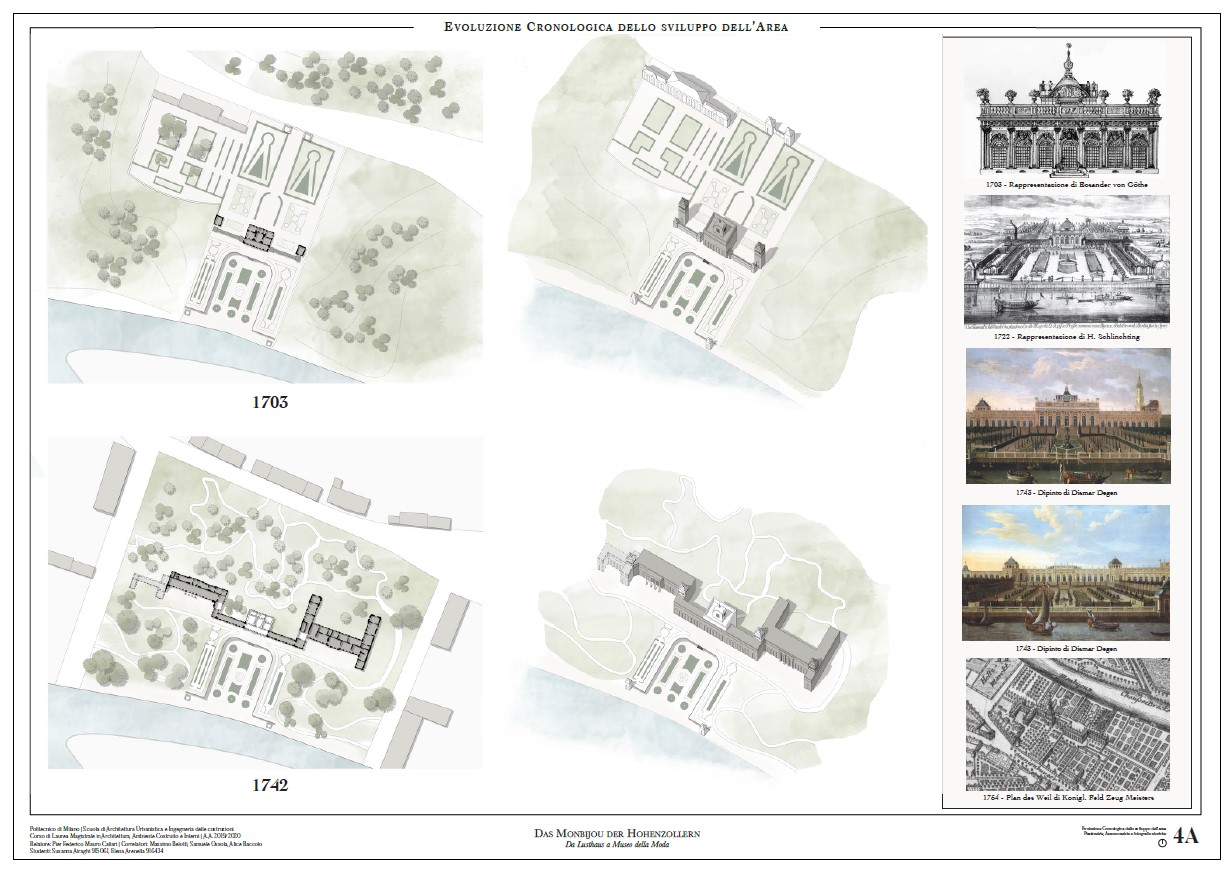 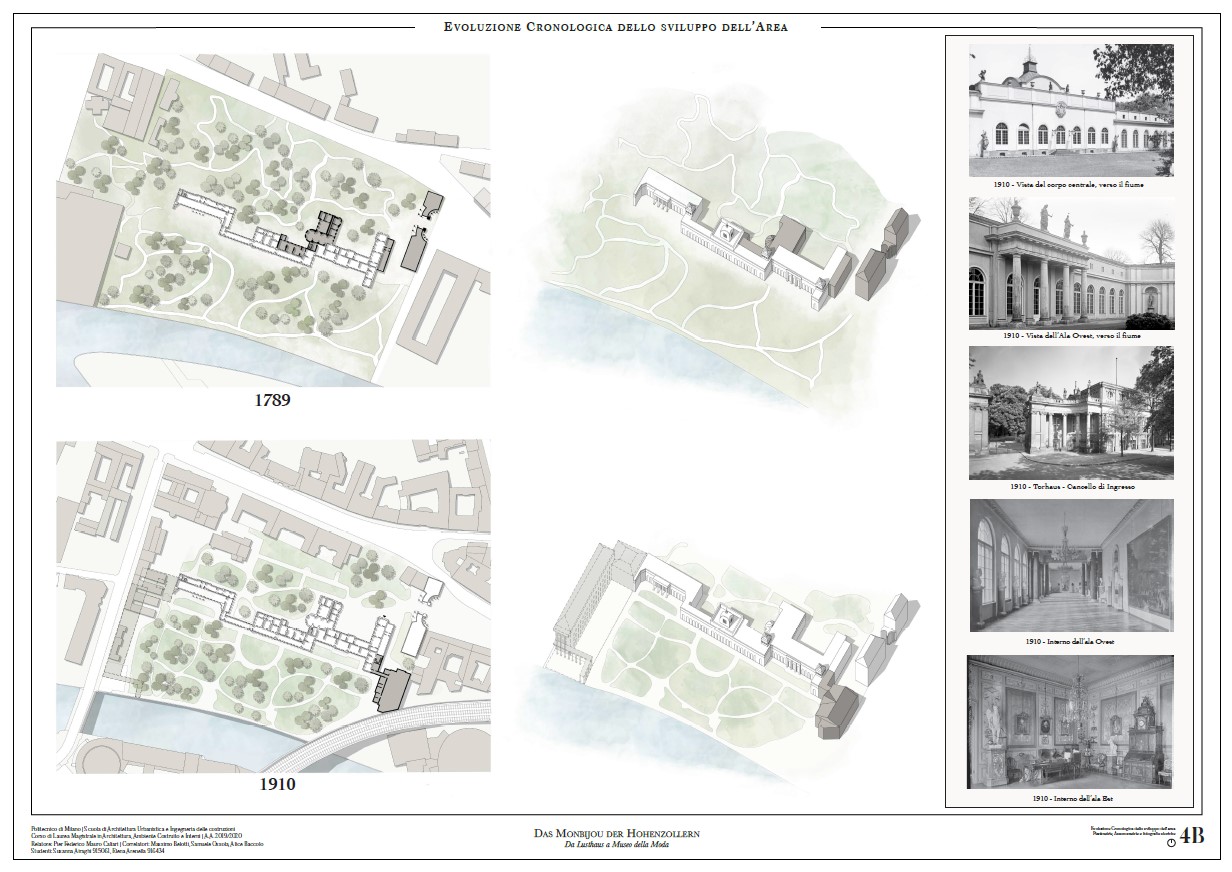 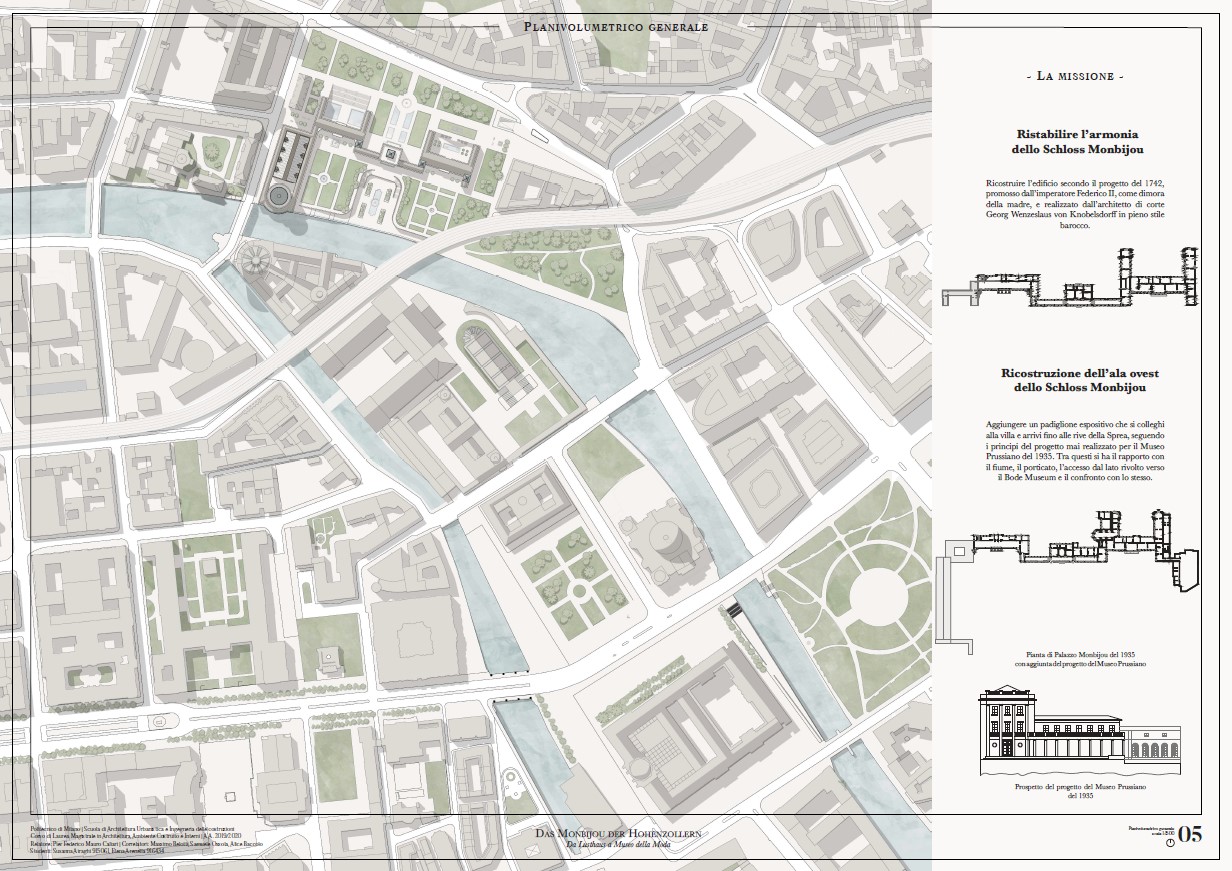 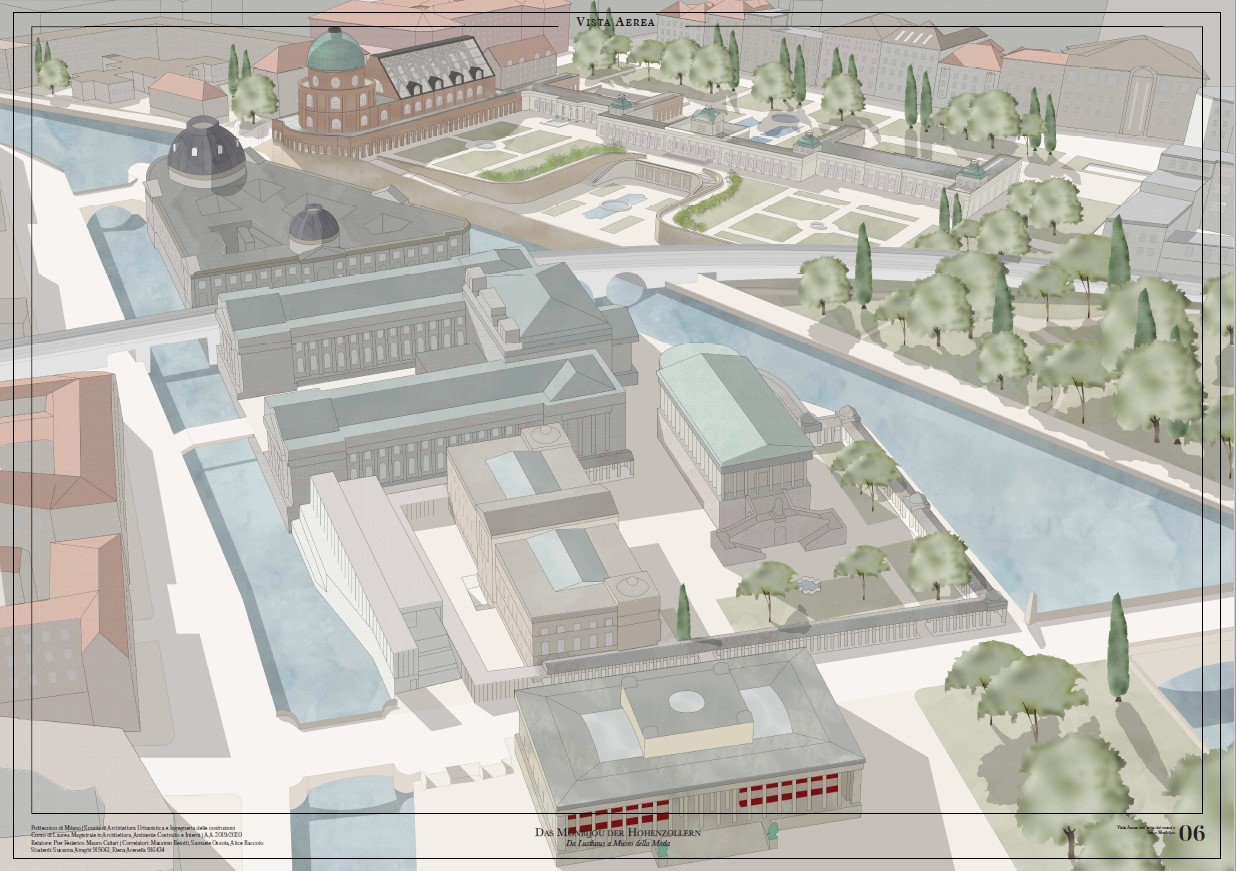 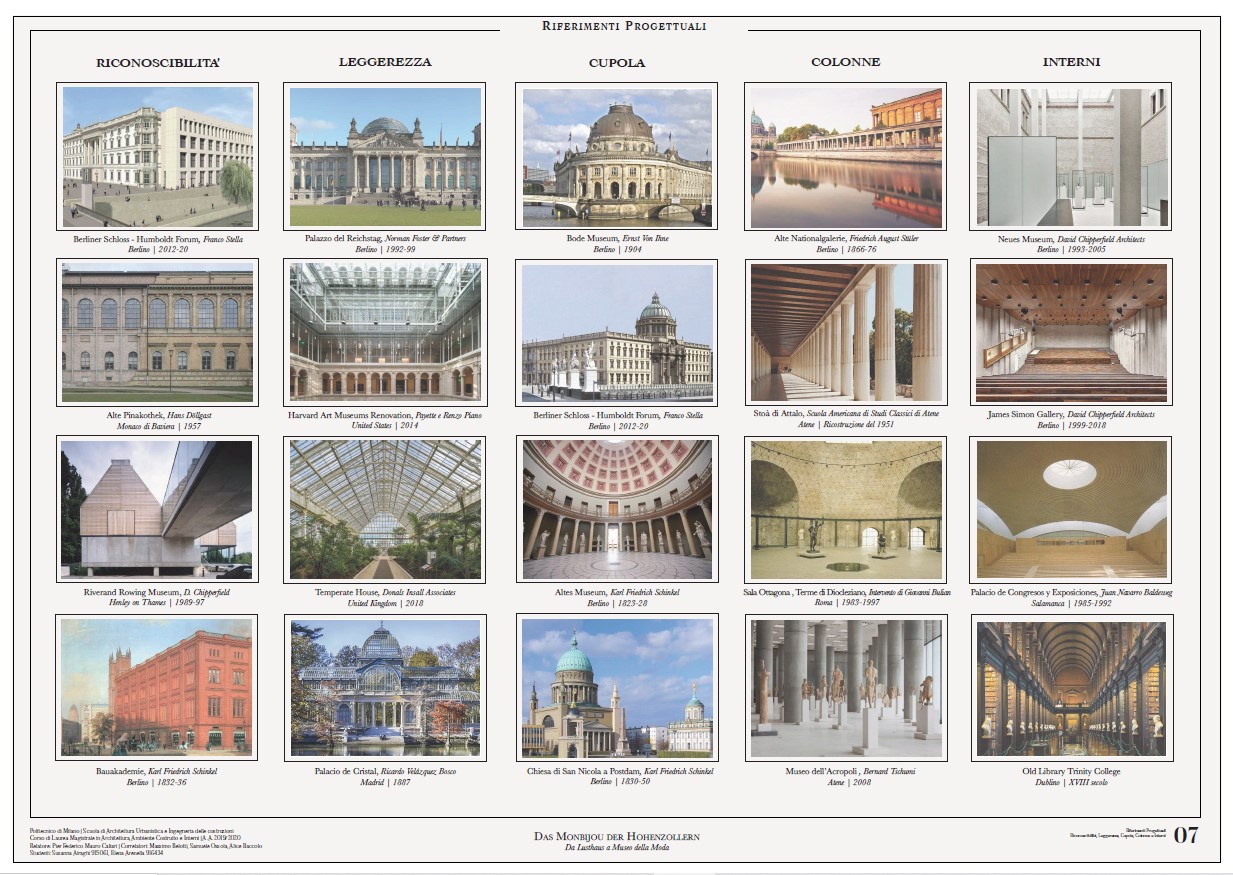 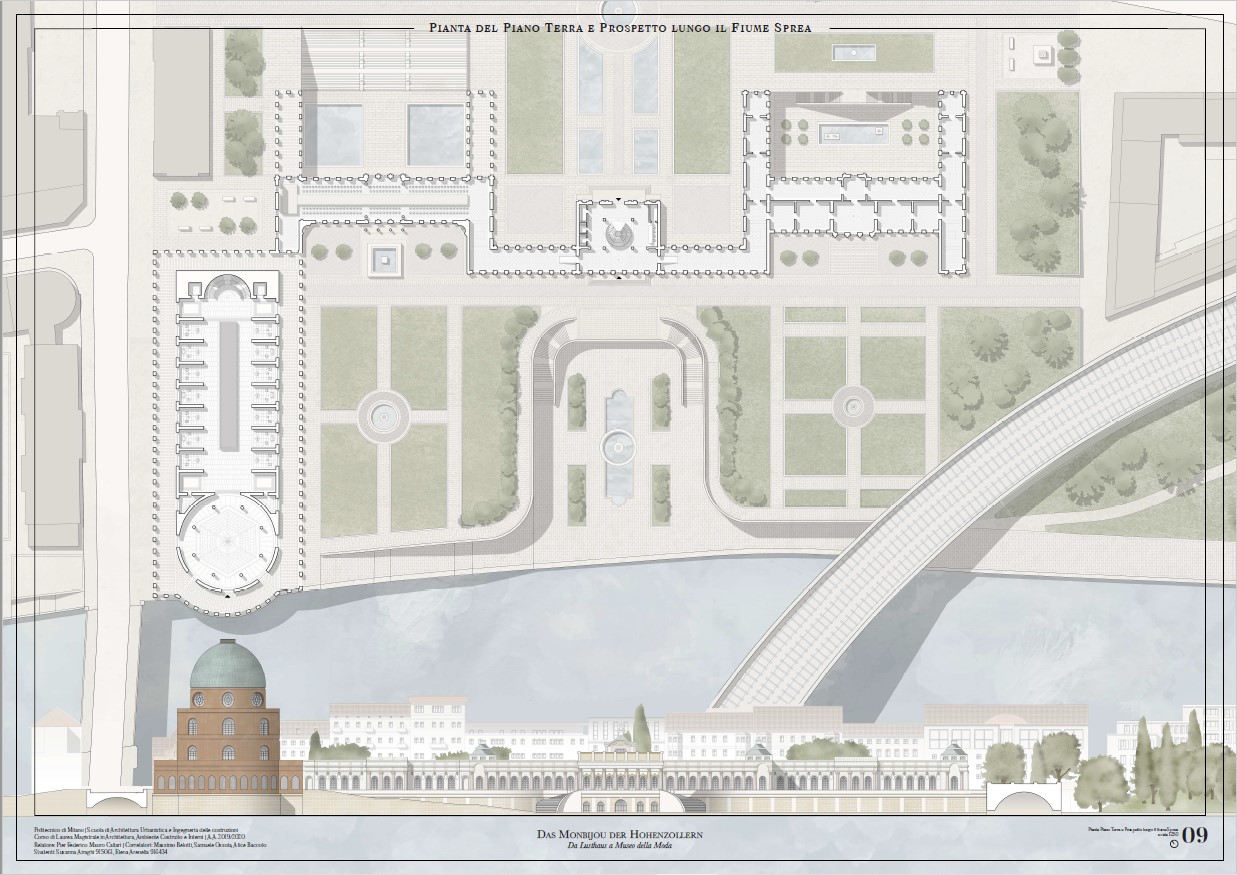 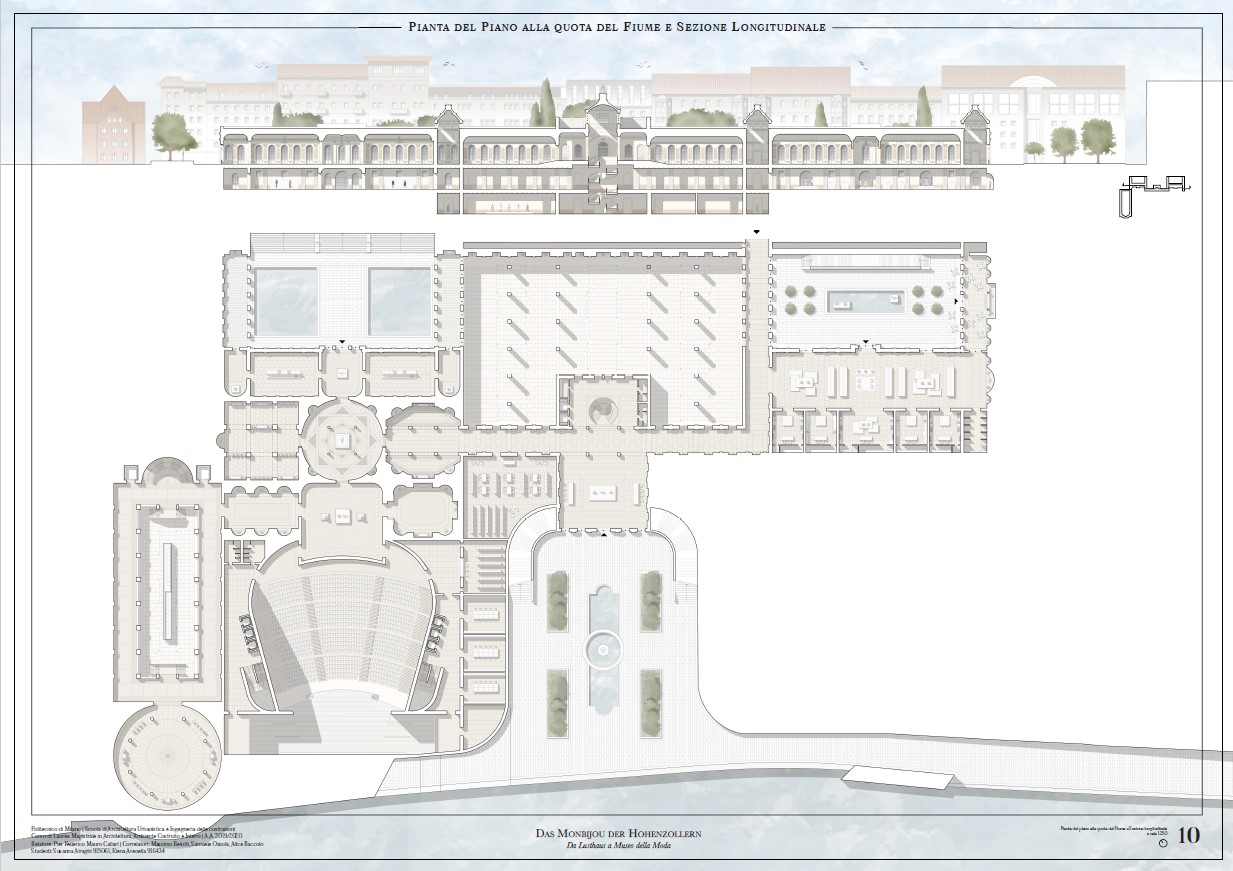 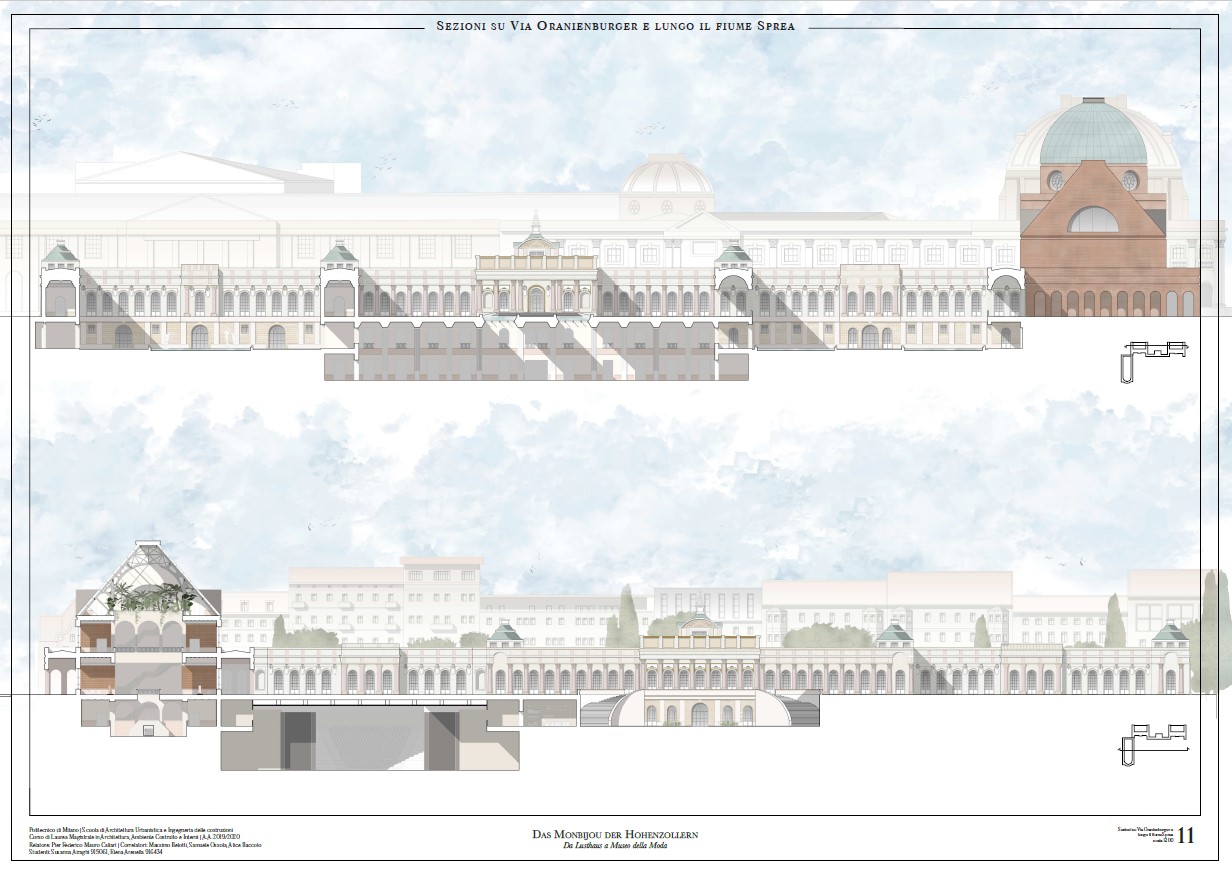 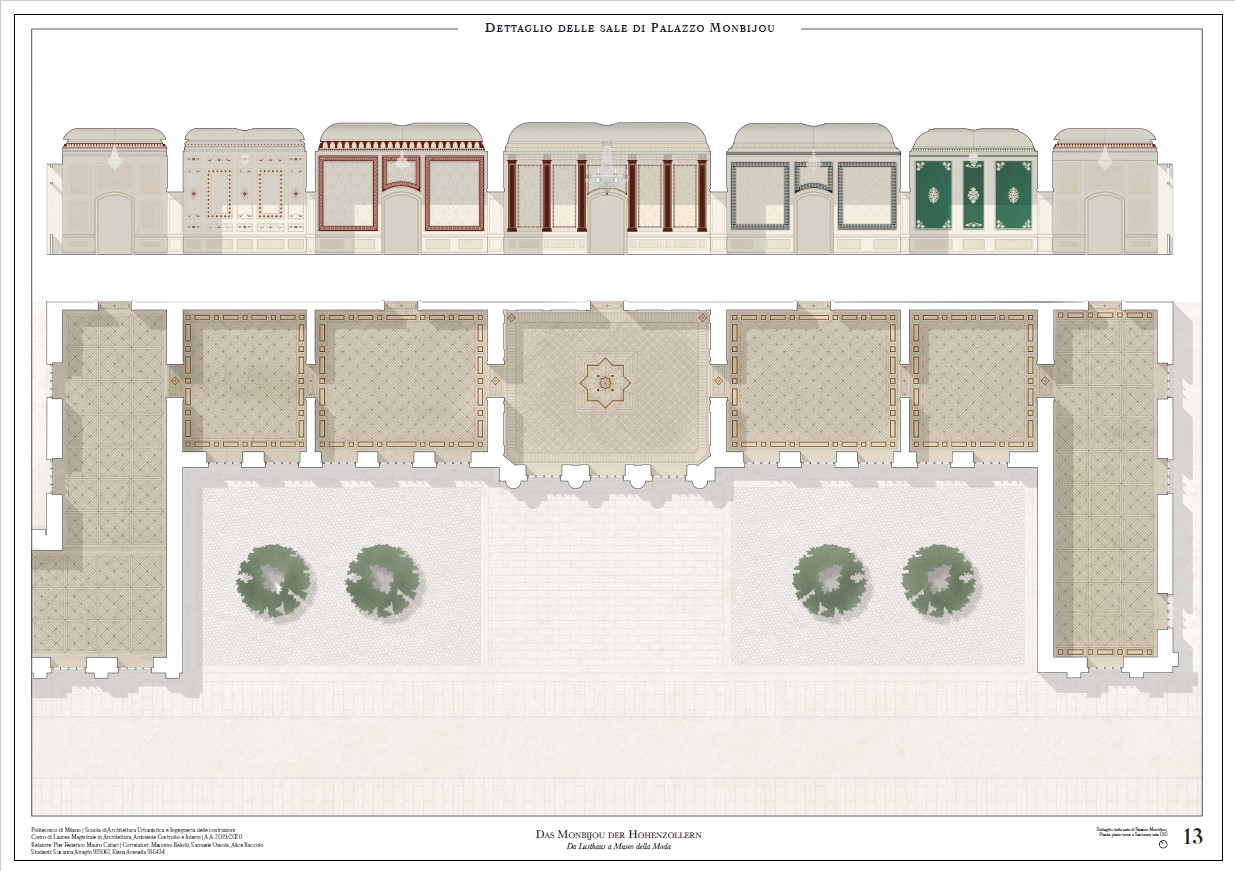 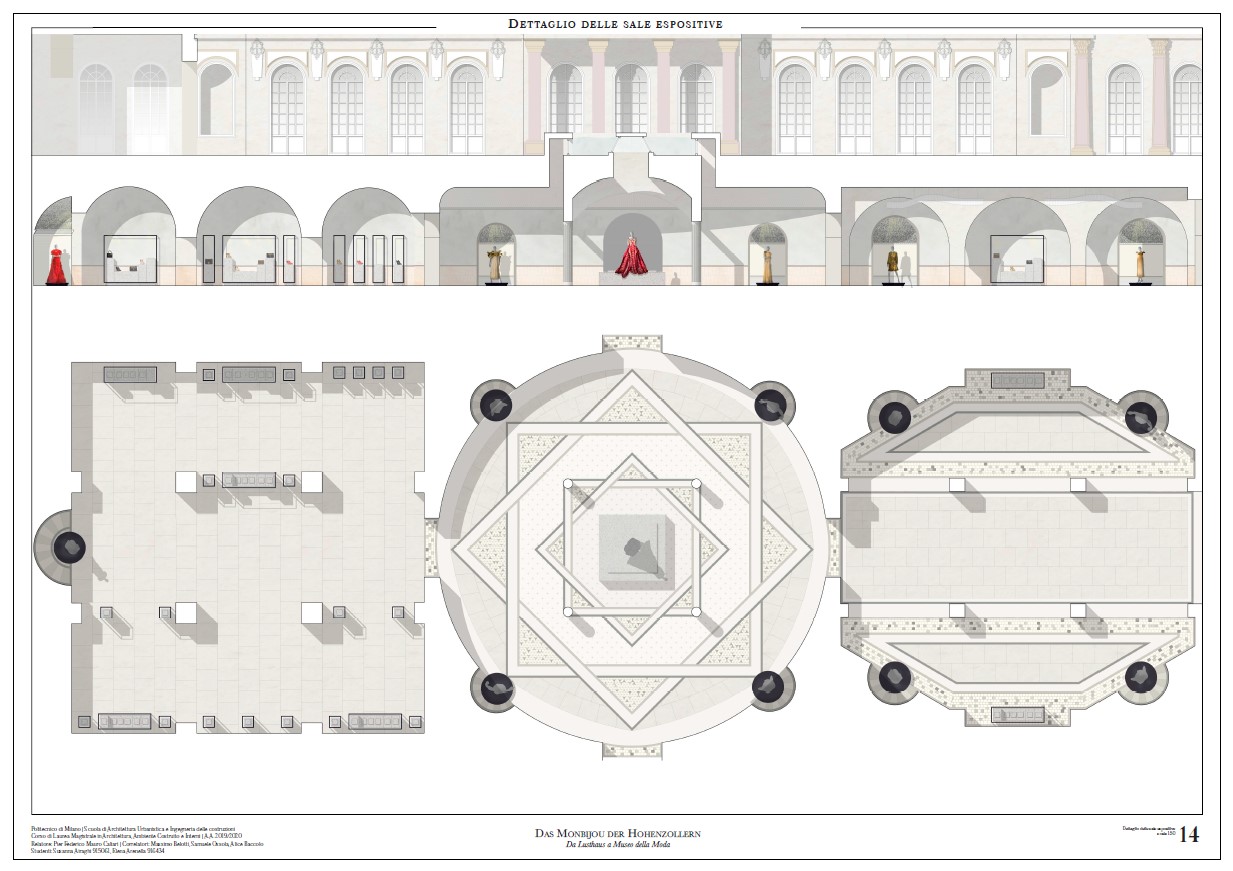 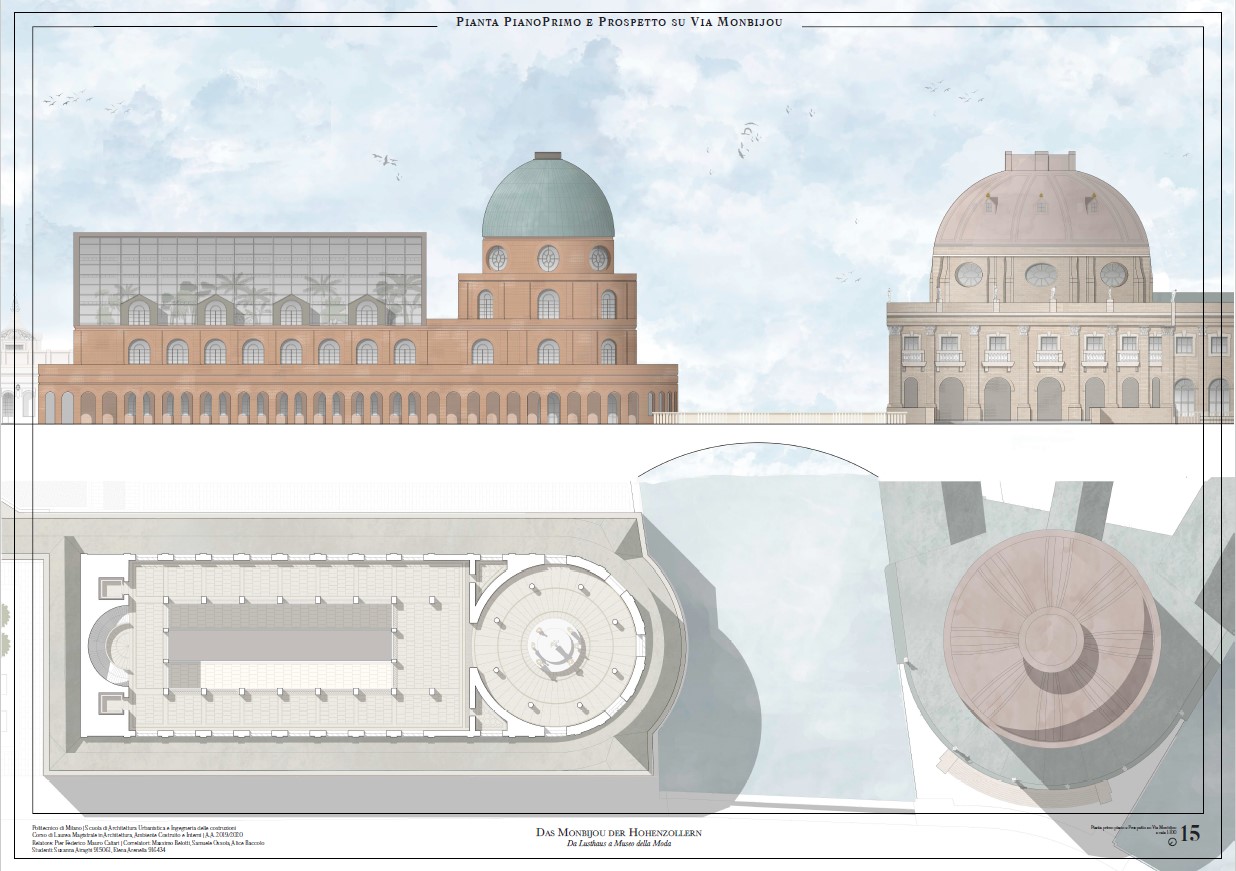 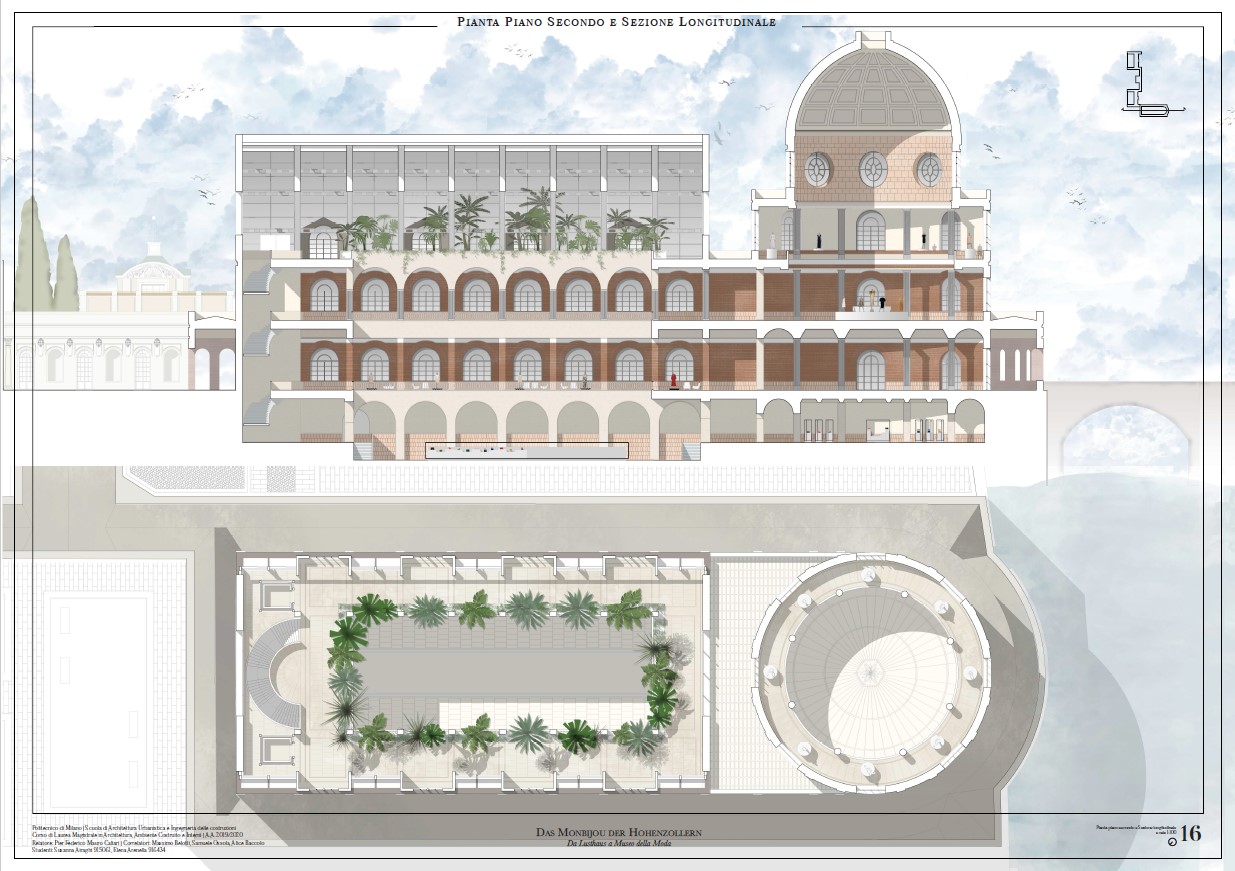 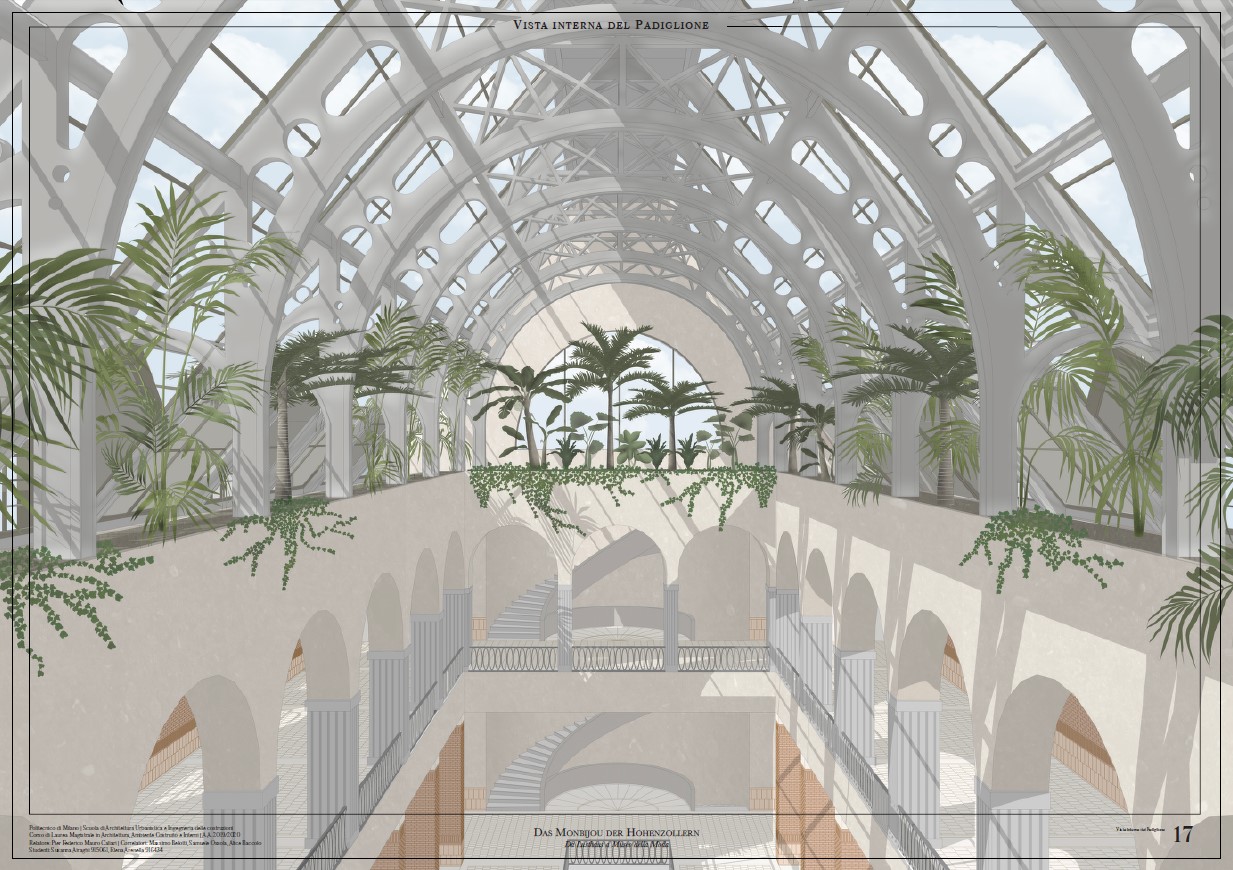 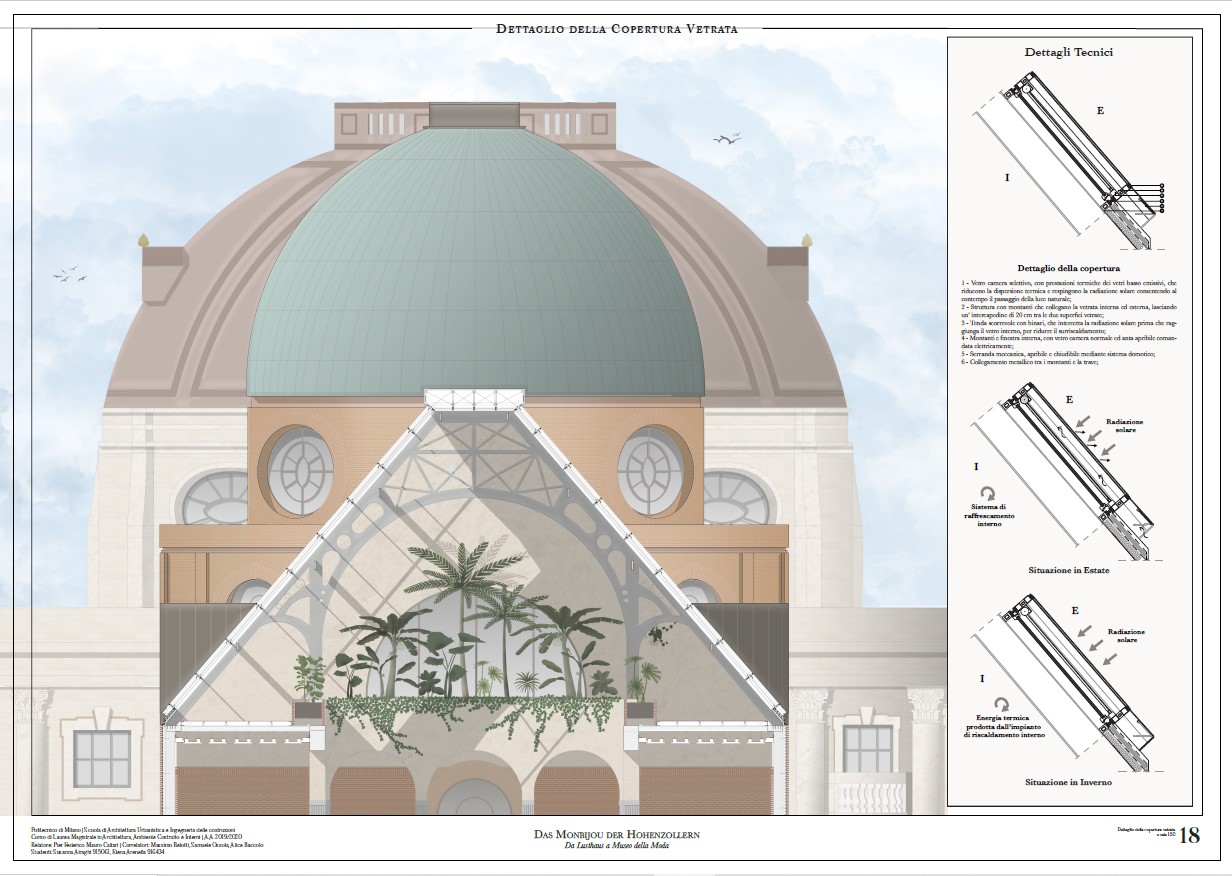 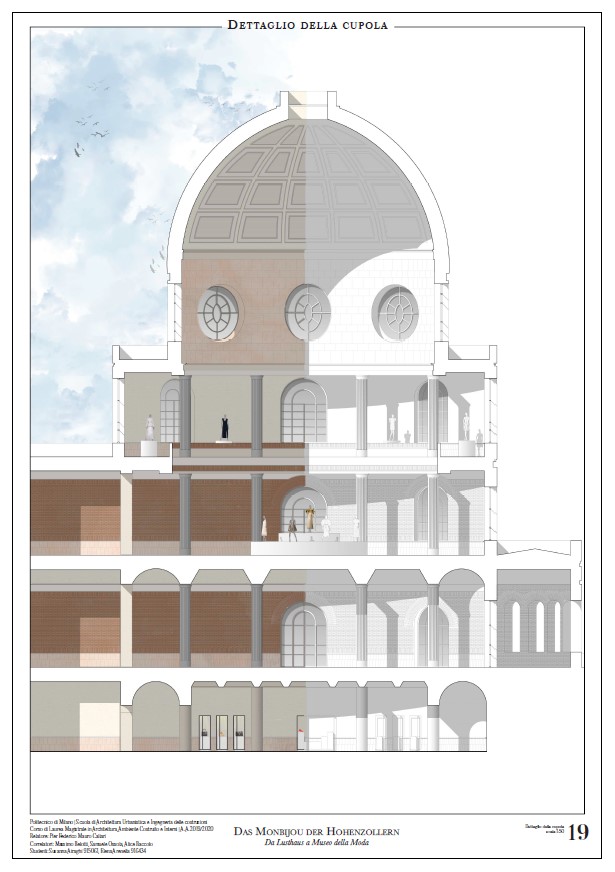 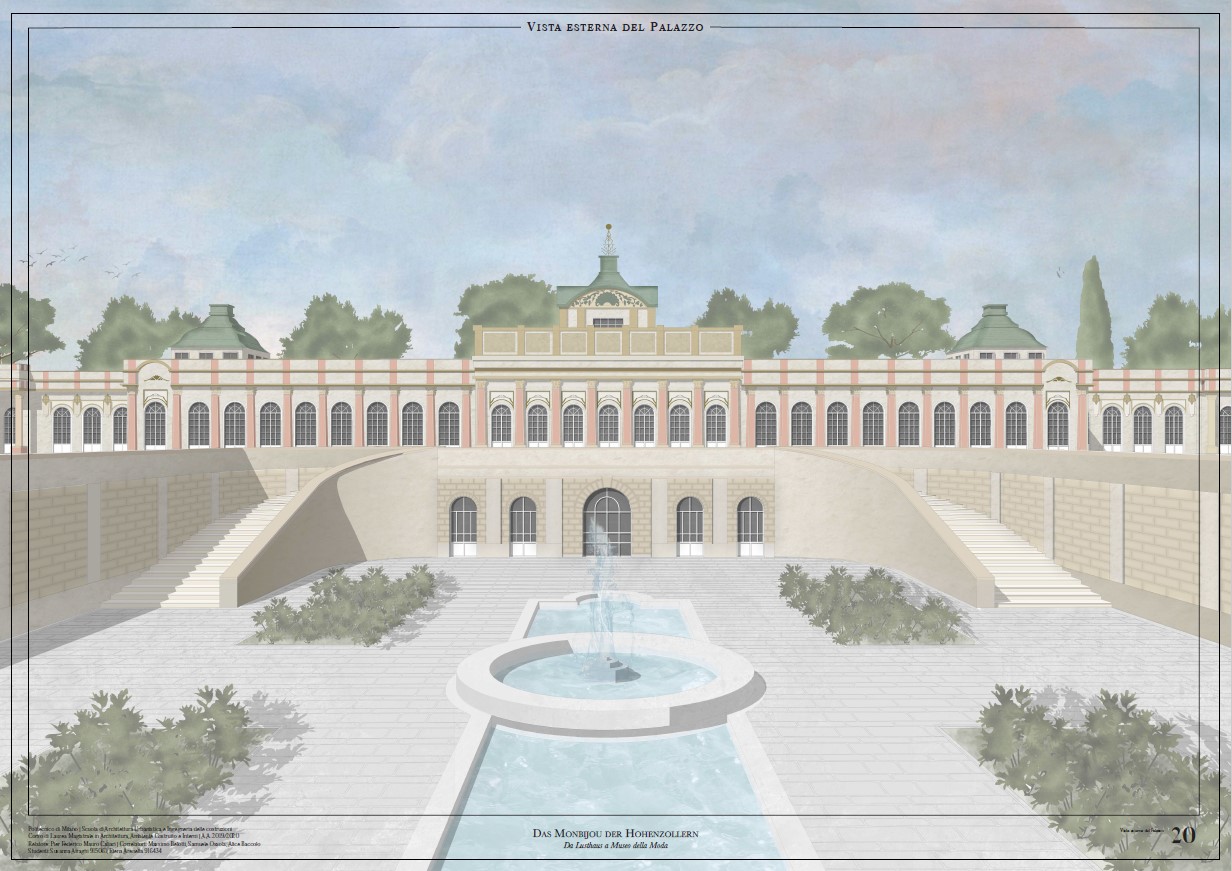