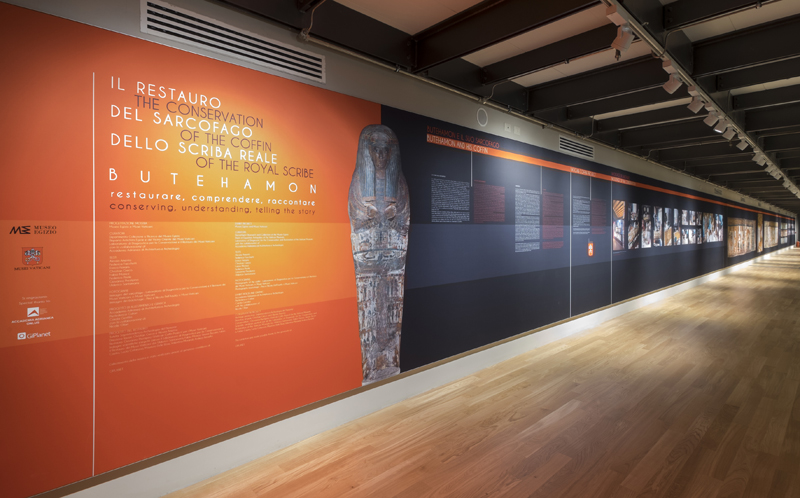 The curator of the Gregorian Egyptian Museum, Alessia Amenta, asked us to draw up a proposal for the presentation of a major scientific restoration project funded from the Vatican Museums, to be displayed in the occasion of the opening of the great Egyptian Museum of Turin, on 30 March 2015. The location, made available by Director of ME, , Christian Greco, a suspended gallery over the entrance to the exhibition halls, was very interesting in terms of architecture, but as often happens, exhibition set up work aimed at the scientific project communication was totally lacking economic hedging. The same Vatican Museums only provided the content but no financial contribution.
The idea then was to create a single two-dimensional communicative artifact as long as the gallery (fourty meters) using a construction fabric system well-known as Cover Up, asking the company Gi Planet of Padua (the manufacturer of the system, already our partners in the exhibition of Genoa Boat Show), to be technical sponsor and partner. The company agreed and the setting up, as we had planned – all printed on fabric seamless graphic continuity – was built very quickly and ended the day before the opening. 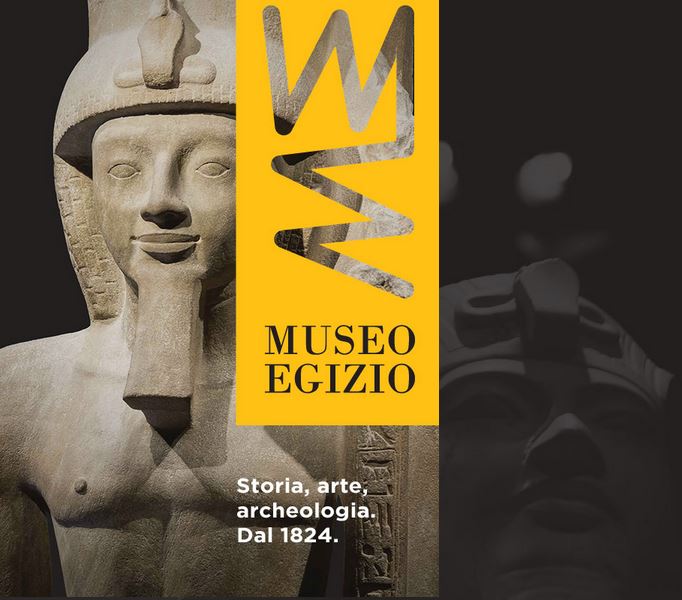 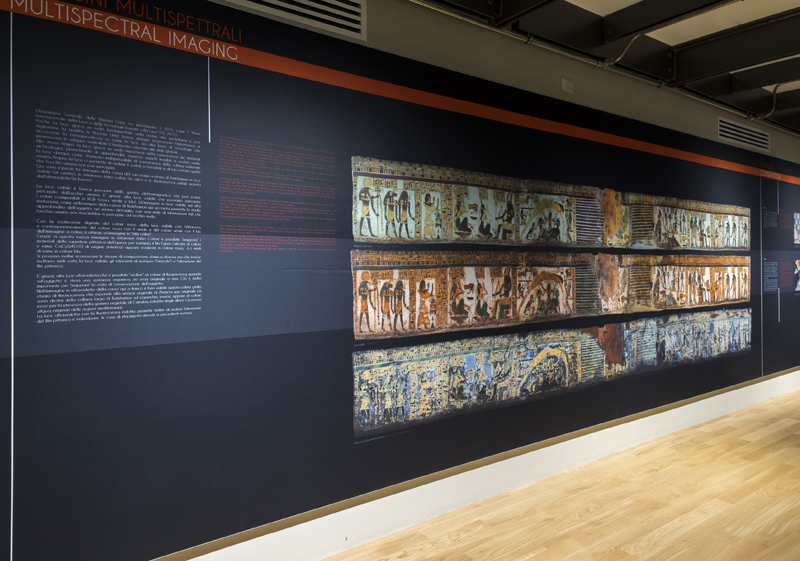 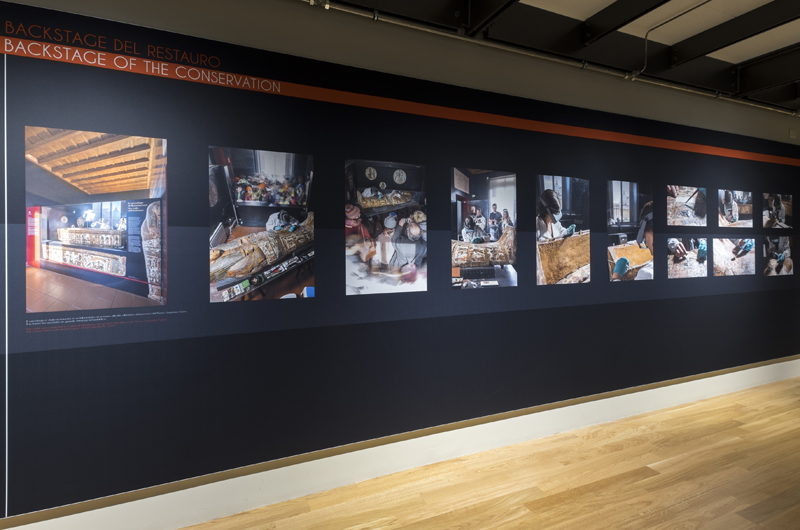 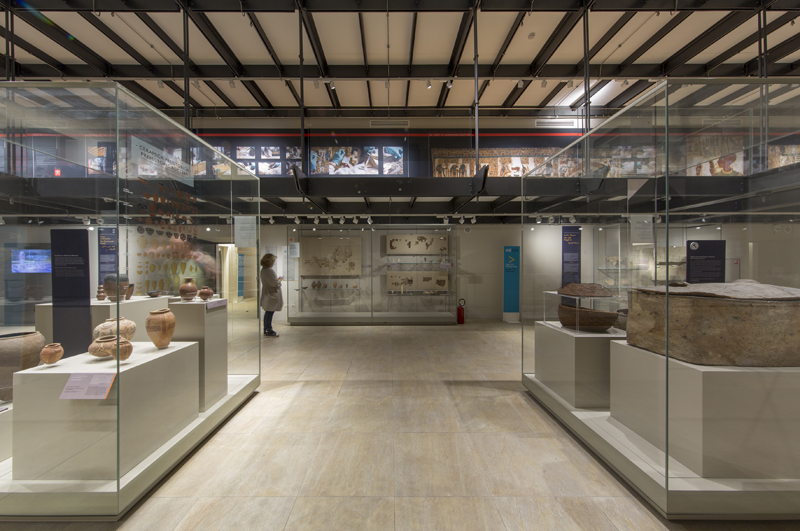 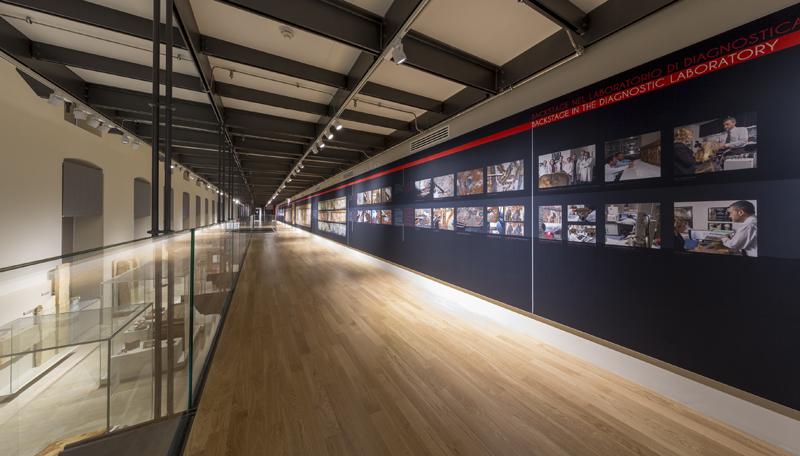 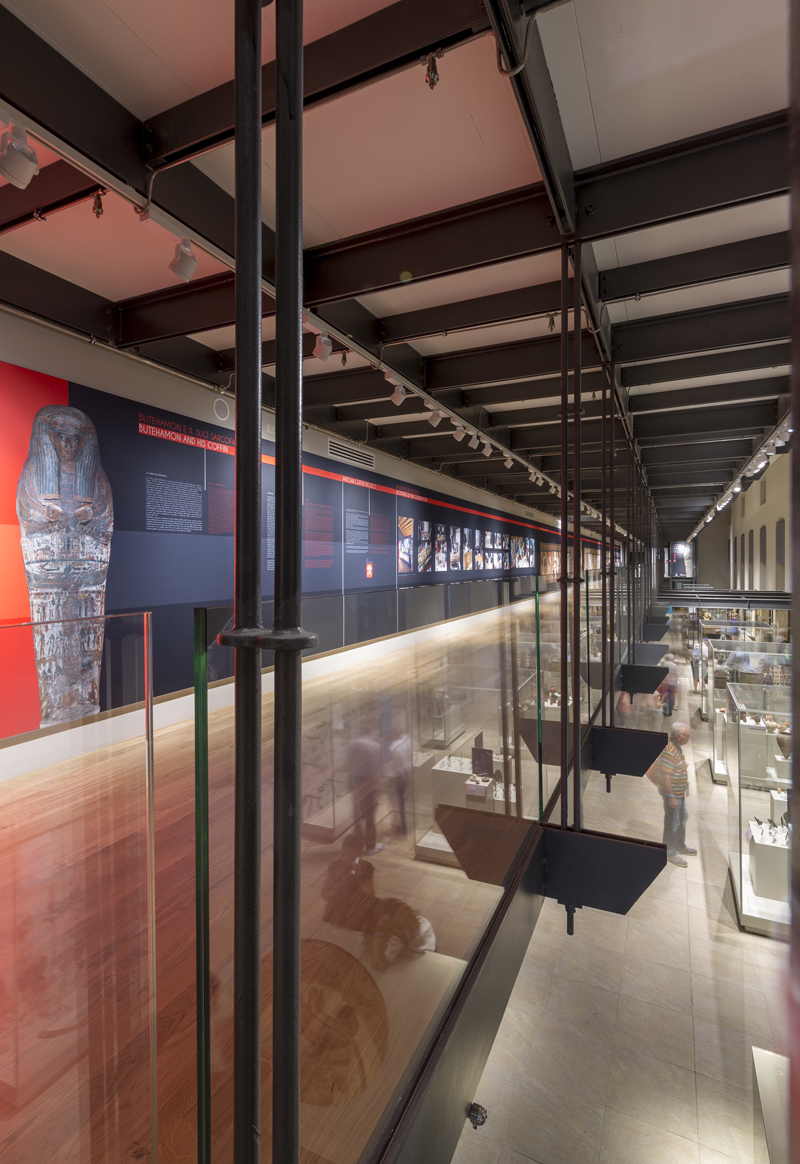 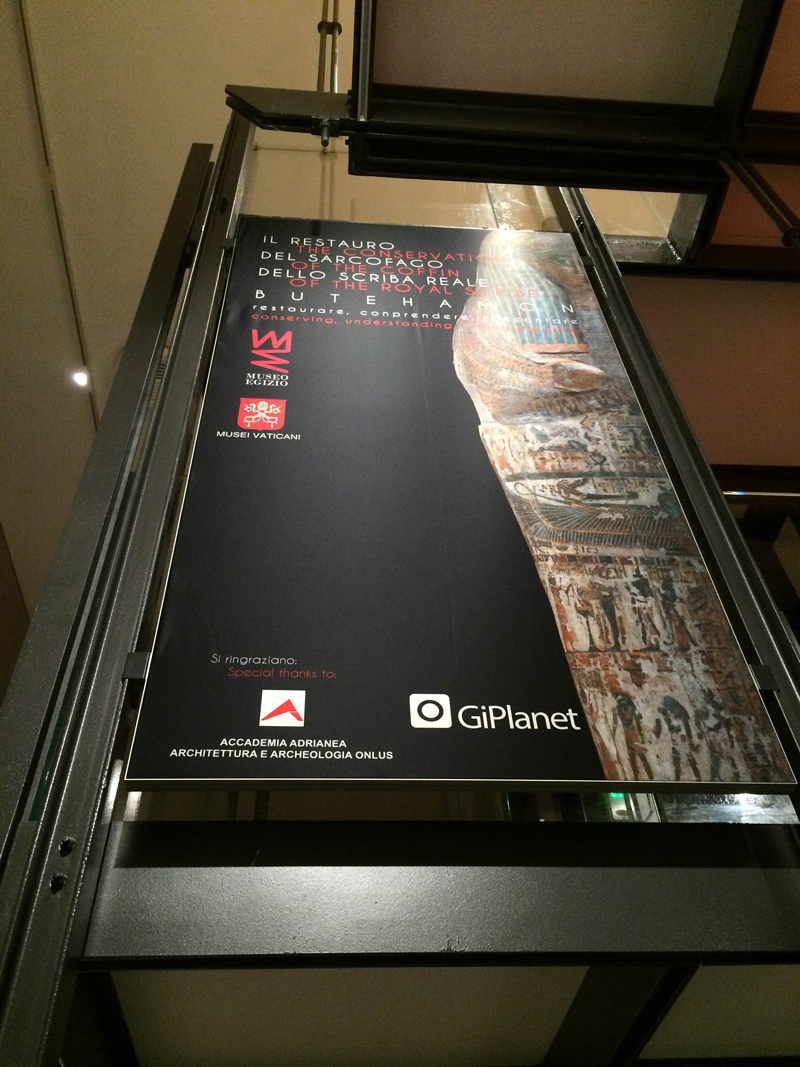